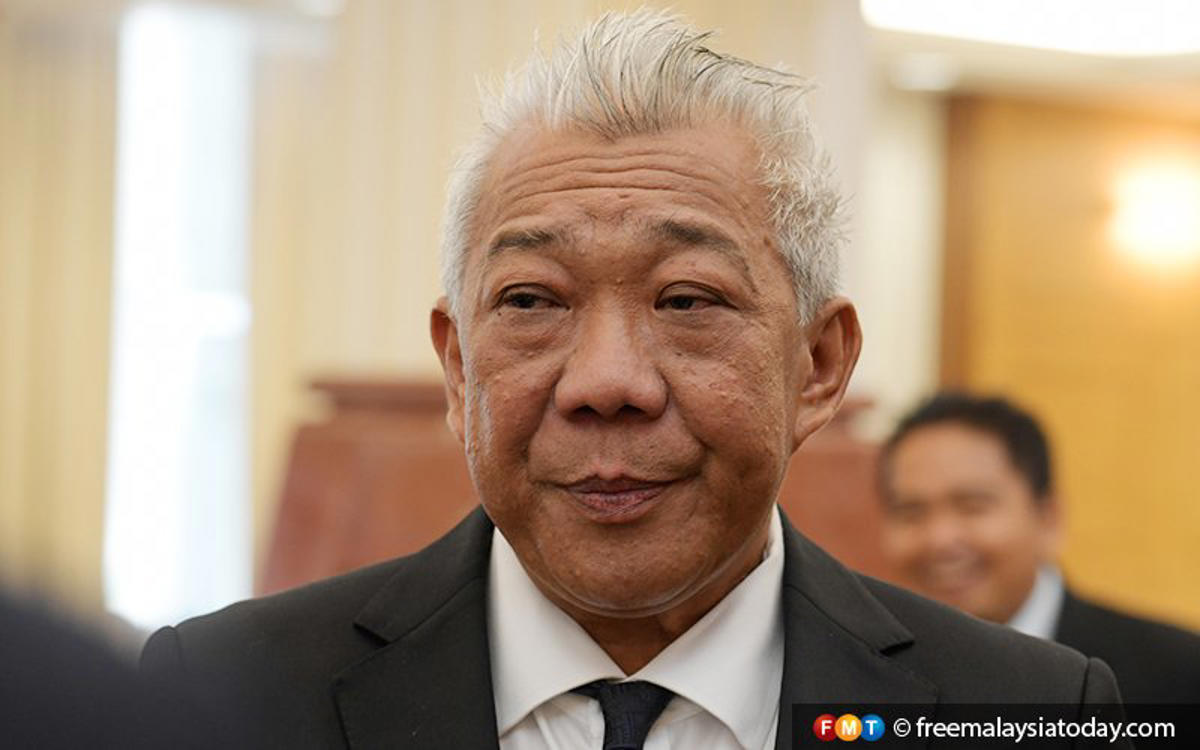 © Provided by Free Malaysia Today Bung Moktar Radin also called for Putrajaya to leverage on the possible economic benefits from Indonesia moving its capital to Kalimantan in Borneo.

He urged the government to work towards reopening Malaysia’s international borders as soon as possible, saying several European countries and Australia had announced that they will be doing so from next month.

“Malaysia cannot stay locked up in a cage and remain separated from the outside world,” he said while debating the King’s speech in the Dewan Rakyat.

Bung, who is also Sabah deputy chief minister, said not reopening the borders will cause the economy to go into a downturn with businesses suffering, people losing their jobs and causing the unemployment rate to rise.

“I want to ask the government this: will we stay locked down (for a long time) or will we follow other countries in opening our borders to ensure the nation’s economy grows? If people have to quarantine when they arrive here, who’s going to come?

“Look into this matter and work on it. Vaccinate everyone, Malaysians and foreigners, then open our borders. Open up the businesses and the economy, so that foreign investors will come to invest.

“I ask the health minister to look into this matter rationally and wisely. The country has nearly been destroyed. State governments will go bankrupt giving food baskets every day,” he said.

He added that Malaysia seemed to be the only nation in the world that was giving out food baskets to its people.

Khalid Samad (PH-Shah Alam) then interjected, asking Bung if he was complaining about Pakatan Harapan (PH) or the current government but he dodged the question.

Bung also called for more development in Sabah, pointing out that Indonesia was already working on major highways in Kalimantan with the nation moving its capital to the region in the near future.

He said Putrajaya seemed to be unaware that Indonesia was doing this and was not doing anything to leverage on the possible economic benefits.

“If the federal government thinks this is down to the relationship between Sabah and Indonesia, then empower us. Give us the power to negotiate. So far, there’s no movement from Putrajaya on the matter.”

Brits in France: Expat shares her reality of living and working abroad - 'disgusting'

Warzone Visions of Verdansk: Everything You Need to Know

Call of Duty players have uncovered a series of leaks relating to a final event before the release of the next main series title, Vanguard. The celebration around Call of ... Read more »

Vitamin B12 deficiency: Low level symptoms could show up on your face - what to spot

Vitamin B12 deficiency symptoms are important to spot, particularly if you’re unsure if you are getting enough of the essential vitamin in your diet. If B12 is in short supply, ... Read more »

© Provided by NBC Sports DeAndre Hopkins spent seven seasons in Houston and caught 632 passes for 8,602 yards and 54 touchdowns. He’s in his second season in Arizona after ... Read more »

The 49ers and Colts will meet on Sunday night with the hope and intention of solidifying their playoff footing. It’s been a rocky start to the season for the Niners, ... Read more »

© Provided by Cover Media Jesse Mccartney Jesse McCartney has married Katie Peterson in a “romantic” ceremony. The Beautiful Soul hitmaker and the singer/actress tied the knot at the Santa ... Read more »

Fire on cargo ship in B.C. under control but not known how many containers burned

VICTORIA — A Canadian Coast Guard spokesman says it’s not known how many containers burned aboard a cargo ship from a still-smouldering blaze that initially spread to 10 of them ... Read more »

The Latest: Brady 1st to 600 TD passes in regular season

© iStockphoto The money for the NHS in the Budget will help to tackle record waiting lists following the Covid pandemic – iStockphoto The NHS is to get a £6 ... Read more »

© Provided by INSIDER Patrick Mahomes. AP Photo/Mark Zaleski Patrick Mahomes left Sunday’s game against the Titans after a brutal hit to the head. Mahomes was hit by the thigh ... Read more »

Tech Learning: Skilling the workforce for the new normal

© Provided by The Financial Express L&T EduTech aims to future-proof L&T’s businesses and bridge the gap that exists today between the competence of young engineers and industry expectations. Marking ... Read more »

When Rishi Sunak stands up to deliver his budget and three-year spending review on Wednesday it will be his first real opportunity to set the tenor of his chancellorship unencumbered ... Read more »

Two-horse races: These are battlegrounds where ANC and DA could expect further damage

There were a handful of municipalities in 2016 where only two parties won election to their councils. These municipalities are in the main expected to be battlegrounds on 1 November. ... Read more »

Auto Rotation On Kansas City Chiefs quarterback Patrick Mahomes is helped up by Mike Remmers after being hit during the second half against the Tennessee Titans. Miami Dolphins tight end ... Read more »

How did California go from COVID-19 epicenter to lowest statewide transmission rate?

With the lowest COVID-19 infection rate among all states as of Friday, California, which has some of the strictest mask and vaccination mandates in the country, has managed to flip ... Read more »

Jodie Whittaker has said she knew filming her <a href="/tag/final-series“>final series of Doctor Who during the pandemic would be “very different”. The actress, who has played the Time Lord since ... Read more »

Kansas law enforcement agencies have received hundreds of complaints of bias over the past 10 years, but records available to the public show only two alleging racial bias resulted in ... Read more »

FRIENDS actor James Michael Tyler, who played Gunther, has passed away at the age of 59 after his battle with stage 4 prostate cancer. The Friends actor's rep confirmed the ... Read more »

US Marshals boss probed for office sex made underlings do his ‘homework:' sources

When it comes to comedy legends who have blown up in the last twenty or so years, none cross my mind as much as Maya Rudolph. From her explosion into ... Read more »

The father of slain cinematographer Halyna Hutchins said he does not hold Alec Baldwin accountable for the accidental death of his daughter. © Fred Hayes/Getty Images for SAGindie Halyna Hutchins ... Read more »

Those living in poverty are paying more on average for their gas and electricity than those who live more comfortably, Labour has said. © Steve Parsons Analysis from the party ... Read more »

How to Change Your Overwatch Name for Free

In honor of Cole Cassidy’s name reveal, Blizzard is allowing players to change their Overwatch usernames for a limited time. Blizzard Entertainment has finally revealed the new name for its ... Read more »

Colombia’s most-wanted drug lord has been captured by authorities in what has been heralded as the biggest blow to the country’s narcotics traffickers in decades. © Colombia Presidents Office Dairo ... Read more »

Soccer-Late goal saves point for Inter at home to Corinthians

Barcelona have released a public statement condemning ‘violent’ and ‘disdainful’ acts from their own supporters towards manager Ronald Koeman following Sunday’s 2-1 defeat to Real Madrid. In the first El ... Read more »

4,000 troops are on standby to help the NHS cope this winter

© Vogue © Photo: Splash News Dressing practically for cold weather is a necessary evil. Cozy knitwear and even cozier scarves must become a part of the daily rotation. But ... Read more »

© Provided by People Craig Sjodin via Getty Jason Tartick and Kaitlyn Bristowe are planning to go back in time when they get married. While chatting with PEOPLE at the ... Read more »

Photograph: Dan Himbrechts/AAP The New South Wales treasurer, Matt Kean, says the Nationals will need to decide if they want to resign and “support a Labor government” if they don’t ... Read more »

Girl, 15, stabbed in stomach by ‘two males' after thugs approached her on street

How to check the server status of The Cycle: Frontier

Vanessa Bryant found out about Kobe's by phone notification