The former nanny of Prince William and Prince Harry will reportedly be paid damages after it was claimed BBC reporter Martin Bashir alleged she’d aborted a pregnancy resulting from an affair with Prince Charles.

An investigation into how Bashir secured a tell-all interview with Princess Diana found Bashir had faked an abortion receipt for Tiggy Legge-Bourke (now Pettifer) and told Princess Diana that Charles was in love with the children’s nanny, including claims the pair had holidayed alone for two weeks.

A source has told The Telegraph in the UK that the BBC acknowledges the pain Tiggy suffered as a result of the false claims and will pay her £100,000 (AUD $189,119) in damages.

“Tiggy Legge-Bourke was right at the centre of Bashir’s manipulation and it is right that the damage caused to her is recognised by the BBC,” the source told the publication.

© Getty Tiggy was hired by Prince Charles in 1993 as nanny to Prince William and Prince Harry.

Diana’s friend Rosa Monckton confirmed the impact Bashir’s false claims had on the princess, writing in The Daily Mail about that time.

“Diana changed from being very concerned with day-to-day matters, just like any normal friend, to suddenly becoming obsessed with plots against her,” she wrote.

Monckton said Diana had become wrongly “obsessed” that Prince Charles was having an affair Tiggy Legge-Bourke and believed claims the nanny was pregnant.

READ MORE: ‘My mother-in-law changed dresses at my wedding’

© Panorama Princess Diana was interviewed by Martin Bashir for BBC’s Panorama in 1993.

The pregnancy and abortion claims were reportedly some of several alleged underhanded methods used by Bashir to secure the interview for BBC’s Panorama, which aired in 1995 and was watched by 23 million people.

Since these accusations came to light, Bashir has stood down from the broadcaster. 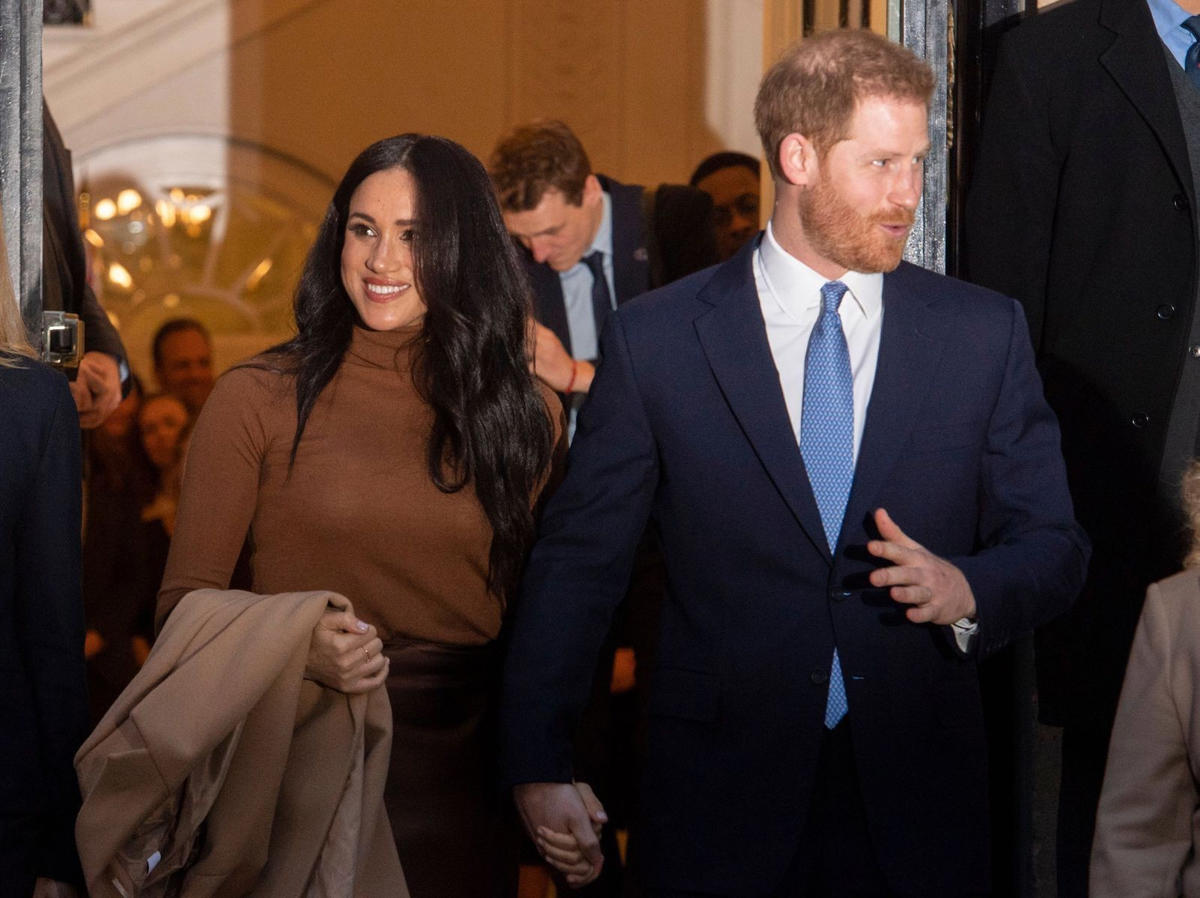 Tiggy was hired by Prince Charles as a nanny for Prince William and Prince Harry in 1993, shortly after he and Diana separated. She joined the family on holidays and maintains a close relationship with the royals, in particular with the princes.

© UK Press via Getty Images Bashir reportedly alleged Tiggy was having an affair with Prince Charles.

She attended both their weddings and Prince Harry and Meghan Markle named her as godmother of their first child, son Archie.

In November 2020 the BBC announced an independent investigation into the methods Bashir used to convince Princess Diana to participate in the interview. They hired former British Supreme Court Judge John Dyson to lead the investigation.

The investigation found that Bashir used “deceitful methods” and breached the BBC’s editorial guidelines by creating false bank statements to manipulate Diana into giving the interview.

READ MORE: Chris Rock reveals he has COVID-19, urges people to ‘get vaccinated’

© PA Images via Getty Images The former royal nanny remains close to Prince William and Prince Harry and the royals.

It was claimed Bashir commissioned the fake bank statements and showed them to Diana’s brother Charles Spencer to “deceive and induce” him into arranging a meeting with the princess.

“In doing so, he was able to convince Diana to do the notorious interview,” the report found.

© UK Press via Getty Images Tiggy will reportedly be paid damages over the false claim.

Bashir has since said he is “deeply sorry” for his behaviour, telling The Sunday Times, “I never wanted to harm Diana in any way and I don’t believe we did.

“Everything we did in terms of the interview was as she wanted, from when she wanted to alert the palace, to when it was broadcast, to its contents,” he continued.

“I can’t imagine what their family must feel each day.”

Prince William spoke out against the methods used to gain his mother’s trust, calling out the BBC’s “failures” which he says “contributed significantly to her fear, paranoia and isolation that I remember from those final years with her”.

How Lori Vallow became 'doomsday' cult mom: Police documents reveal her descent into a wacky world of zombies, teleportation, and an impending apocalypse

How to Watch ‘Halloween Kills': Where the New Sequel Is Streaming

Arjun Kapoor: I have had some terrific women like Parineeti Chopra and Alia Bhatt as my co-actors

This weekend downtown Orlando will be bursting with excitement for the first time since before the pandemic. © Immerse Immerse Orlando “We are very excited to see these events return. ... Read more »

© Daniel Doperalski/WWD Click here to read the full article. “This is a weird way to put it, but I always felt like they had the wrong person,” says Kacy ... Read more »

Less than 24 hours after releasing her first single in six years, Adele is already hitting milestones. The British superstar singer, 33, released “Easy On Me” on Thursday, and the ... Read more »

Guests will need more than just tickets to go to the Gold Over America Tour Friday night and any event going forward at Enterprise Center and Stifel Theatre.  © Provided ... Read more »

CNN’s Alisyn Camerota and Victor Blackwell channeled their inner Adele while celebrating the artist’s first single in six years. Adele released her single “Easy on Me” on Thursday. On CNN ... Read more »

'90 Day Fiancé': Alina Publicly Calls Out Steven for His Hypocrisy When It Comes to Mormonism (Exclusive)

© etonline Alina has had enough when it comes to Steven preaching about Mormonism, given his revelation to her that he’s had sex with women in the past, which is ... Read more »

It’s been 28 years since we first heard Winifred Sanderson cry out, “Boook!,” and fell in love with Thackery Binx. Original Hocus Pocus star Vinessa Shaw looks back on her time in ... Read more »

'90 Day Fiancé': Asuelu Reveals How Much Money He's Given His Mom Over the Years (Exclusive)

© etonline 90 Day Fiancé couple Kalani and Asuelu are getting to the heart of their issues with Asuelu’s sister, Tammy, and his mom, Lesina. In this exclusive clip from Sunday’s ... Read more »

Leaf it alone! Elizabeth Hurley’s neighbors are fuming after the actress chopped down over 20 trees on her English estate, but her team claims the toppling was necessary for safety ... Read more »

William and Catherine shocked by murder of British politician

“We are shocked and saddened by the murder of David Amess,” the couple wrote. “He has devoted 40 years of his life to his community. Our thoughts and prayers are ... Read more »

© Provided by This Is Money MailOnline logo Pearson stunned investors with a surprise deal with the former manager of the Spice Girls. The education publisher wants to transform from ... Read more »

© Provided by People Amy Sussman/Getty Miley Cyrus Onto the next! Miley Cyrus is bidding adieu to her Plastic Hearts era and is gearing up for her next project, one ... Read more »

© Provided by Daily Mail MailOnline logo Cat Deeley put on a glamorous display as she stepped out for the launch of Liberty Ross’ book Flipper’s Roller Boogie Palace at Dover Street ... Read more »

Golden Globes, Snubbed by NBC, to 'Announce' Next Winners in January

© Courtesy of HFPA Five months after NBC announced that it would not broadcast the 2022 Golden Globes, the organization behind the embattled awards show has set a date to ... Read more »

'Succession' star J. Smith-Cameron suspects there might be 'something illicit' going on between Gerri and Logan

© Provided by CinemaBlend Javier Bardem as Anton in No Country for Old Men Javier Bardem is just one of the many Hollywood heavyweights that are set to star in ... Read more »

© Provided by CinemaBlend eric christian olsen ncis los angeles cbs Television shows with first responders have been popular with audiences for many decades, but the trend towards series with ... Read more »

A Hilarious Continuity Error Gets Pointed Out In One Of Daniel Craig's James Bond Films, And He Reacts

© Provided by CinemaBlend Daniel Craig waits patiently on his motorcycle in Quantum of Solace. Sometimes a mistake so subtle, and yet so hilarious, makes it into a big budget ... Read more »

Pink Floyd frontman Roger Waters and his girlfriend Kamilah Chavis are married. The 78-year-old musician shared photos from the ceremony on social media. It is the fifth time he has ... Read more »

© Provided by INSIDER Yuan Thueson a member of Local 705, says the Hollywood Production crews have worked 12 to 14 hour days the last few months with no breaks. ... Read more »

© Apple TV+ Welcome to Recommendation Machine, your daily IndieWire destination for TV suggestions of what to watch. Each weekday, we’ll offer up a series we think should be on ... Read more »

A grand opening was held Friday for a new brewery in downtown Memphis on North Main Street. © Provided by WATN Memphis The Soul and Spirits Brewery said they produce ... Read more »

Adele Superfan Neil Cavuto Credits New Song For Stock Rally: ‘They're Calling It the Adele Rally. Ok, Maybe They're Not, But I Am'

There may be no one on the planet who was more giddy for the release of Adele’s new single “Easy On Me” than Neil Cavuto. It was her first new ... Read more »

How to Organize Photos on Your iPhone

Adele is skinny now. © Provided by Slate Adele hosts Saturday Night Live Will Heath/NBC/NBCU Photo Bank via Getty Images She has been skinny for a while–first, in an Instagram ... Read more »

© HFPA The 2022 Golden Globes won’t be televised, but the Hollywood Foreign Press Association said today that the show will go on. The 79th annual trophy show is set ... Read more »

Adele was not prepared for a voice message from a disgruntled pig when she joined sat down to chat with a UK radio show. The singer joined 95-106 The Capital ... Read more »

Steve Roberts grew up in New Haven’s Newhallville neighborhood and discovered skateboarding at 13 years old. © Provided by NBC Connecticut “And then my bike got stolen one day and ... Read more »

Warning: This article contains major spoilers for “No Time to Die.” © Provided by TheWrap no-time-to-die-daniel-craig-image Daniel Craig’s tenure as James Bond comes to an end in “No Time to ... Read more »

My haven, Pat Cash, 56, in the kitchen-diner of his west London flat

Epic says it's ‘open' to blockchain games after Steam bans them

Brown Sugar: Why the Rolling Stones are right to withdraw the song from their set list

He brought Flock of Seagulls to America 40 years ago. They just performed at his N.J. shop.

Baby on Board! Darren Criss and Mia Swier Are Expecting Their 1st Child