The Liberal Democrats are this week launching a bid to ensure pensioners are not crippled by financial difficulties next year. The cost of living crisis currently engulfing the UK is set to completely wipe out the planned rise in pension payments.

However, new research from the House of Commons Library research commissioned by the Liberal Democrats warns inflation will be as much as double that come April.

At the same time, the increase in the cost of gas means the energy cap increased by £139 at the start of this month and could increase by a further £300 come next spring. 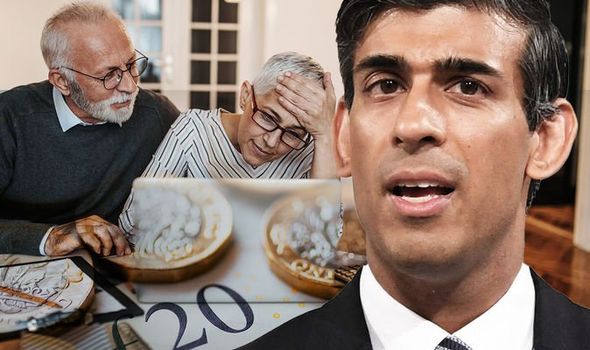 The analysis warns in real terms, the Basic State Pension would be slashed by £4.00 a week, or £208 a year.

Liberal Democrat Work and Pensions spokeswoman Wendy Chamberlain MP said: “The Conservatives have broken their manifesto promise to protect the state pension and are failing to tackle the cost of living crisis.

“This is striking a double blow to pensioners, who face being left hundreds of pounds poorer as their pension payments fail to keep up with soaring bills.

“The Liberal Democrats are demanding a fair increase to the state pension, so that it matches rising living costs instead of leaving pensioners out in the cold.

“We know that pensioners are typically more vulnerable to increased energy bills, as they tend to spend more time at home especially in the winter months. 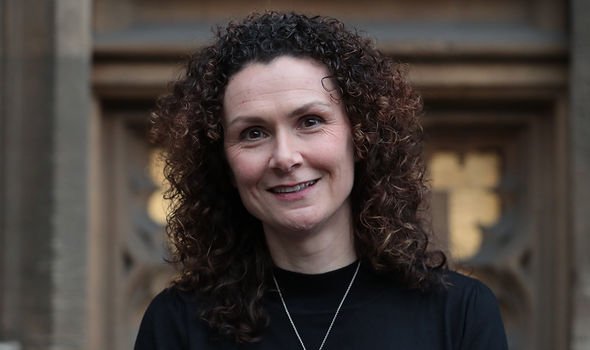 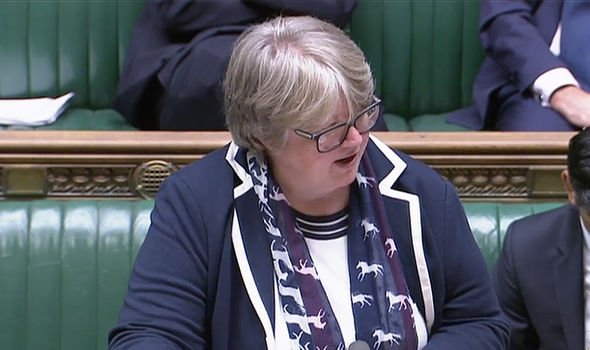 “Older people deserve a fair deal in which their pensions are protected and they can afford to keep their homes warm.”

The party is this week tabling an amendment to the Social Security Bill to push for a change to the way the state pension is calculated for 2022.

They want to ensure that the rise is taken from the up-to-date inflation figure for April 2022 rather than from September of this year.

They say the alteration would mean state pensions would continue to rise in line with the increased hike expected in energy bills when the price cap changes.

DWP vows to ‘cut through the complexity’ of pensions [UPDATE]

Inheritance warning: The mistake that will ruin your retirement [INSIGHT] 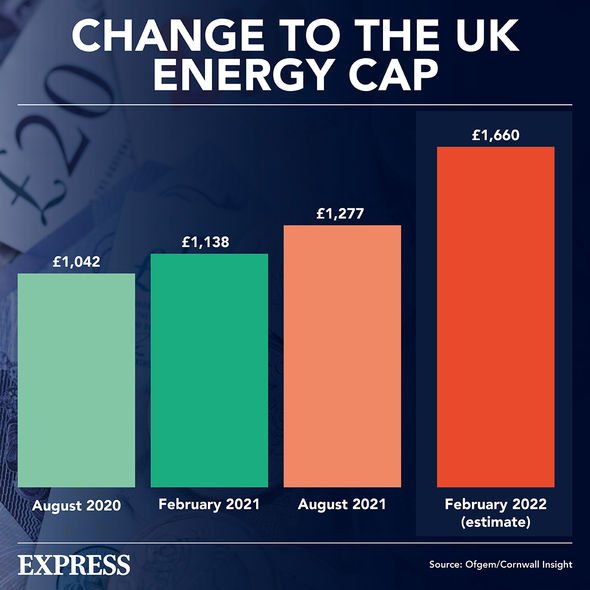 The Lords will debate the Social Security Bill on Tuesday.

Under legislation first introduced by the coalition Government, pensions are due to rise each year by the highest of inflation, average earnings, or 2.5 percent.

However, ministers said there was a need to suspend the mechanism for 2022-23 because the pandemic had led to a “statistical anomaly”.

Average earnings are set to rise by as much as nine percent due to millions of people returning to work after being supported by the furlough scheme.

Legislation was changed to remove the earnings element of the lock for the next financial year.

The Conservatives pledged to stick by the triple lock in their 2019 general election manifesto.

The Department for Work and Pensions was contacted for comment.

Manchester United midfielder Paul Pogba has described winning the World Cup as the best moment in his career so far, and has stated he wants to silence his critics. Pogba’s ... Read more »

Authorities in the Netherlands have detected 13 cases of the Omicron coronavirus variant among passengers from South Africa. Health officials said the infected people were on flights from the southern ... Read more »

Kazhal Rzgar, 46, and daughters Hadya, 22, and Hasta, seven, and sons Twana, 19, and Mubin, 16, are feared to be among the 27 victims of last Wednesday's horror crossing disasterMailOnline discovered the family on November 17 as they were scavenging blankets, warm clothing and cooking implements from their former camp after it was shut down by hundreds of French policeHasta was also pictured by MailOnline the previous day on November 16 as she excitedly tried on a bright orange lifejacket in the hope she could get a place on a boat  Read more »

Ben Chilwell's potentially season-ending injury gives Thomas Tuchel a serious headache... Marcos Alonso is his ONLY fit left-back while flop Saul joined Chelsea because he HATED playing there for Atletico, so should they strengthen in January?

Video: A quarter of police forces tell victims to collect their own evidence in bid to cut down on face-to-face visits

Copper is one of the most widely used metals on earth, found in products from circuit boards to surgical scalpels.  Annual demand already nudges 30 million tons but that is ... Read more »

'I nearly lost my LEG in e-bike smash': Student, 21, tells of horror crash in Italy where new laws have come in to tackle road menace - while ambulance calls to e-scooter accidents rise 540% over last two years in Britain

Eleanor Young, 21, from Nettleham, near Lincoln, involved in e-moped crashCrash happened when she collided with Smart Car on Rome holiday Miss Young nearly lost her leg after breaking it in two places and severing arteryItaly have now brought in new laws to prevent accidents and injuries on e-vehicles  Read more »

SPAIN has banned all unvaccinated Brits from entering the country from WEDNESDAY in a bid to contain a new strain of coronavirus. It comes as a massive blow to British ... Read more »

A NEW book claims that Prince Charles speculated about the skin tone of Prince Harry and Meghan Markle’s future children — and unwittingly triggered the rift between the couple and the ... Read more »

“There’s nothing like Versailles, especially for Cubans. This is kind of their ground zero," says Nicole Valls about the place her grandfather built —now a world-known local and tourist hub. Read more »

13 cases of omicron variant in Dutch testing of travelers

Frontline Soweto: When the power goes out and hope dies

At the time of writing this story, the power had been out in Orlando for six days. The local councillor says it is not her problem. ‘Ask Eskom!’ she says. ... Read more »

61 passengers from SA in isolation in Amsterdam, being tested for variant

© Provided by CapeTalk – 61 people who arrived at Amsterdam’s Schiphol Airport from South Africa have tested positive for Covid-19 – The passengers have been placed in isolation at ... Read more »

© Provided by dw.com Thousands hope to make the perilous journey across the English Channel and talks in Calais Sunday hope to tackle the smugglers side of the business iin ... Read more »

For some recipe apps, your personal data is gravy

© Provided by Independent Online (IOL) By Tatum Hunter Paper-and-ink cookbooks come with a few advantages compared to recipe apps: extra information about origins and ingredients, not having to incorporate ... Read more »

© Provided by Football FanCast Spurs boss Antonio Conte before second half vs NS Mura Tottenham Hotspur will be looking to bounce back when they make the trip to Burnley ... Read more »

Omicron symptoms are ‘extremely mild' says doctor who discovered it

The doctor who discovered Omicron says symptoms from the variant are “extremely mild” and has accused the UK of “panicking unnecessarily”. © PA Archive Coronavirus – Wed Apr 14, 2021 ... Read more »

Emma Raducanu is playing her first match on home soil since her historic US Open triumph. The Bromley teenager became the first-ever qualifier to win a Grand Slam in Flushing ... Read more »

© Getty Images Boris Johnson Holds Press Conference After New Covid-19 Variant Found In UK Boris Johnson risks a leadership challenge unless No 10 “gets its act together”, says a ... Read more »

'Can go', 'Offers nothing' - Many Wolves fans slam 'abysmal' man who lost the ball 26 times

Many Wolves fans have been slamming the performance of Rayan Ait-Nouri in their 0-0 draw at Norwich City in the Premier League on Saturday. © Provided by Transfer Tavern Rayan ... Read more »

Liverpool ran out convincing 4-0 winners over Southampton at Anfield on Saturday as they, temporarily at least, moved back up to second in the Premier League table. Diogo Jota opened ... Read more »

© Provided by dw.com Swiss voters took part in a referendum Sunday on whether to abolish the COVID certificate which restricts the movements of unvaccinated peoeple The Swiss public overwhelmingly ... Read more »

It’s another tough test for Manchester City as they host Champions League-chasing West Ham on Sunday looking to dent their hopes and keep the pressure on Chelsea. The Blues will ... Read more »

Carrick must axe “god awful” £250k-p/w Man Utd liability, it could be a game-changer - opinion

The DP World Tour’s inaugural event was cut short on Saturday amid weather and fears of a new COVID-19 variant. The Joburg Open was abandoned after 36 holes due to ... Read more »

Voices: Norway's ‘gay Santa' advert is achingly beautiful and something we should celebrate

Are you looking for something to warm up your winter? To sweeten your mulled cider? Then Norwegian postal service Posten have got just the ad for you. Their seasonal campaign ... Read more »

Friday came as a massive negative surprise for the equity markets. With US markets closed due to the Thanksgiving holiday on Thursday, no overnight cues were expected. However, renewed Covid ... Read more »

OTTAWA — Canada and India are quietly setting the stage to reboot formal free trade talks as the Trudeau government seeks economic alternatives to China following the dispute over the ... Read more »

UAE legal reforms: What the law says about children born outside of marriage

© Getty Images/EyeEm The rules stipulates that any child conceived a result of the relationship is acknowledged and will be cared for. Getty A new criminal code is among the ... Read more »

© Provided by Daily Mail MailOnline logo Laura Whitmore made a stylish arrival at her Radio 5 Live show in London on Sunday morning.  The media personality, 36, wrapped up ... Read more »

ITV I'm A Celebrity: Danny Miller's NHS worker fiancée and childhood sweetheart says he was 'her rock' in anxiety battle

I’m A Celebrity star Danny Miller’s fiancée has revealed how vital and supportive he was for her to overcome the darkest period in her life. Childhood sweetheart Steph Jones – ... Read more »

Former police station up for sale for mystery amount in village

A former Merseyside Police station has been listed for sale. The former station, located on Segars Lane in Ainsdale, has been listed with Eddisons Commercial on Rightmove. The property, thought ... Read more »

masks Mandatory mask-wearing will return to shops and public transport in England this week, as the Government takes action to try to tackle the omicron coronavirus variant that has arrived ... Read more »

‘Shocking' that UK is moving child refugees into hotels