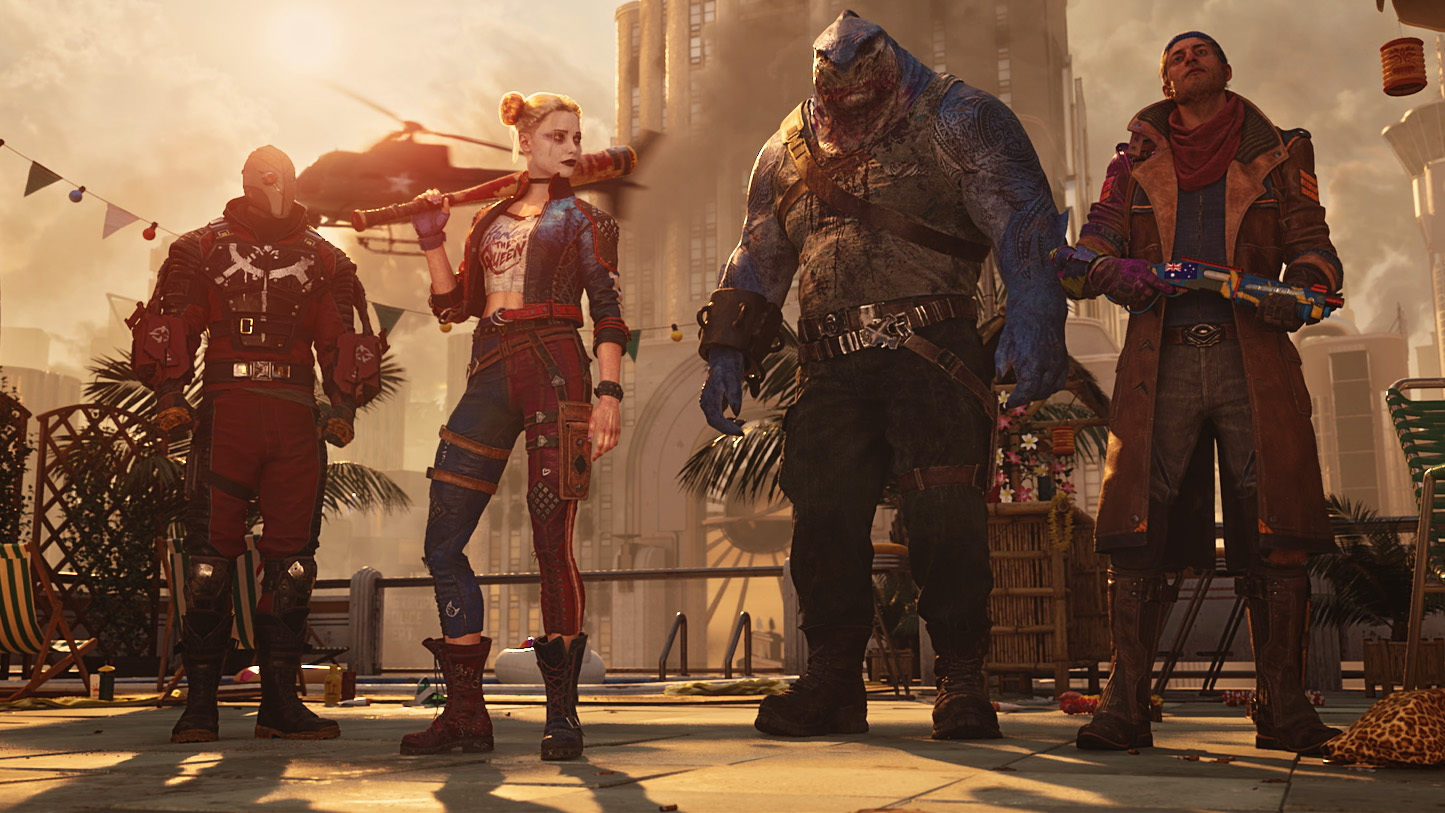 It looks like we’ll be getting an update on Rocksteady Studios’ highly-anticipated Suicide Squad: Kill the Justice League at this year’s The Game Awards.

The confirmation comes via Creative Director and co-founder of Rocksteady, Sefton Hill, who announced on Twitter that he and the team at Rocksteady “are getting ready to dive into The Game Awards” and that they can’t wait to “share the mayhem”.

Me and the @RocksteadyGames squad are getting ready to dive into the #TheGameAwards. Can’t wait to share the mayhem with you all! Good luck @GeoffKeighley! pic.twitter.com/ZTJOhUqbZ8December 8, 2021

The Game Awards’ Geoff Keighley followed up Hill’s tweet with one of his own, saying that as a fan of the studio he’s “been waiting a long time to show off what Sefton and the team have been working on!”

Hill didn’t go into any particular detail when it comes to what exactly the team will be bringing to the show but he did round his tweet out with a GIF of what looks like possible gameplay footage. Thus far, Kill the Justice League trailers have been shown as part of DC FanDome in both 2020 and 2021 but we’ve yet to see an official gameplay trailer.

Suicide Squad: Kill the Justice League is set to launch on PC, PlayStation 5, and Xbox Series X/S in 2022. We don’t have a more exact release date than that but—and we actually think we’re being overly optimistic here—The Game Awards could also be a decent place to announce one as we go into launch year.

Fortunately, we don’t have long to wait until the Game Awards to see what Rocksteady has up its sleeves. The show broadcasts on December 9 at 8pm ET / 5pm PT (or December 10 at 1am GMT / 1pm AEDT).

Analysis: The place to be

The Game Awards may be the place to recognize our favorite games and their developers over the past year but it’s also a key event for new game reveals and updates on in-development titles.

In an Epic Games blog post earlier this year, for instance, Geoff Keighley revealed that he expects this year’s show to feature around 40 to 50 games “someway or another”, adding that new game announcements would probably be in “the double digits”.

Even more recently, Keighley added to the hype by saying that this year’s show will have “four or five things” as big as the reveal of the first Elden Ring gameplay trailer and even teased that “there may be more coming” in relation to his work with Elden Ring developer FromSoftware.

Knowing that Suicide Squad: Kill the Justice League is going to be at the show certainly gives DC and Rocksteady fans a solid reason to tune in. Those looking forward to Lord of the Rings: Gollum have also been given a reason to get excited. But part of the fun of The Game Awards had always been the mystery and the speculation around what might appear. Recently, for example, there have been rumors (via VGC) that we might finally get an update on Ninja Theory’s Hellblade 2 and all of the rumors around a possible new Splinter Cell game have us wondering if a reveal could be on the cards.

Certainly, no matter what appears in the end, we’re unlikely to be all that disappointed. Keighley has said that while he knows there “will always be people that will be disappointed that X game is not there or the studio didn’t show up with something” he believes, “by and large”, that “it’s one of our stronger lineups that we’ve had across the entire show.“

A “lack of equal treatment” has become the most significant regulatory challenge for German business in China, according to a new survey, with a third of firms saying they have ... Read more »

(Image Courtesy: Shutterstock) Spain has announced that influencers who advertise cryptocurrency in the country, will need to include warnings and disclose potential risks in their promotional material. This rule applies ... Read more »

A council is searching for a landlord to run a historic pub on Piel Island, off the coast of Cumbria. (Getty) The hunt is on for a new 'king or ... Read more »

The chief executives of major U.S. passenger and cargo carriers on Monday warned of an impending “catastrophic” aviation crisis in less than 36 hours, when AT&T and Verizon are set ... Read more »

HDMI on PS5: what you need to know