Inheritance tax (IHT) is chargeable on the value of an estate above a certain threshold – usually £325,000 – when a person passes away. It is just one of the myriad of financial issues people will have to deal with when their loved one passes away, and the matter can often be complex and time-consuming. However, in this regard, Britons are being warned about misunderstandings arising when it comes to the matter of inheritance, and how these could be jeopardising finances for all who are involved.

A stark lack of candour on the topic of inheritance is increasing financial confusion, a study by wealth managers Netwealth has found.

The research showed 65 percent of parents believe their children have a clear understanding of their plans for inheritance, but only 39 percent of younger adults agree with this sentiment.

To compound the matter further, inheritance plans still remain taboo amongst Britons, with only 23 percent of younger adults having open conversations with parents about their intentions.

The lack of openness, the study stated, means families will lose out on the benefits in the long-term of family financial planning as well as putting wealth “at risk”. 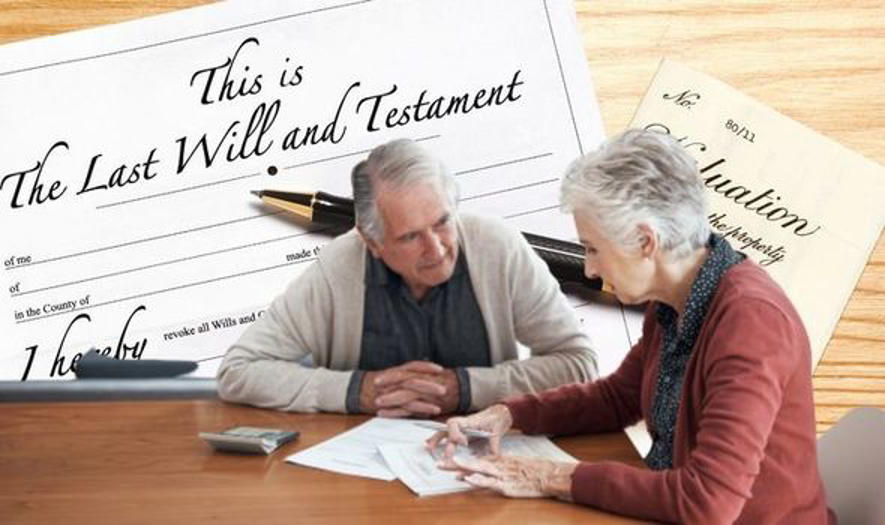 Charlotte Ransom, CEO of Netwealth, commented: “While there is no one-size-fits-all approach to family financial planning, open communication early on is an absolute priority.

“There’s a tendency for parents to assume that their children are aware of their inheritance plans but our research shows that too often this isn’t the case.

“By breaking down the taboo of speaking about money, parents can provide helpful clarity for the future and enable everyone to make more informed financial decisions, both as individuals and as a family.

“This also allows disagreements or issues to be discussed and potentially resolved rather than leaving the next generation the task of tackling difficult decisions made by their parents.

“Ensuring finance is a topic discussed within the family unit can help educate and build confidence in the next generation.

“By having these transparent conversations, family members are empowered to make financial decisions that will stand them in good stead for the future.”

A matter which can often create confusion is who a person chooses to leave their estate to upon their death, and if expectations do not line up with the eventual reality, this may cause problems.

The research found only half of parents plan to split their wealth equally among their children, citing a wish to even up previous financial support provided, certain individuals having more responsibilities, and a lack of trust as reasons why. 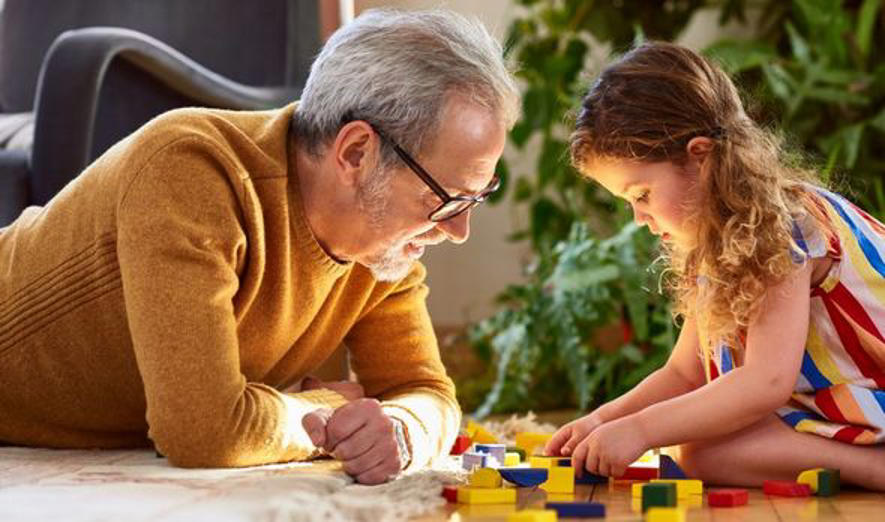 But risks are also short-term as well as long, with the report warning a lack of communication between parents and grown-up children could have an immediate impact.

This is given the fact 65 percent of those asked said they plan to make meaningful wealth transfers in instalments over several years rather than in one lump sum when they die.

Despite this, only a quarter of younger adults are aware of their parents’ financial plans, meaning they could be making major decisions about their future without knowledge of their eventual inheritance.

As a result, Netwealth has encouraged Britons to get to know their ‘financial tribe’ – how they approach finances and money matters.

These are cited as: The Lifestyle Lover, The Wealth Sceptic, The Head in the Sand Avoider, The Big Spender, The Generous Giver, The Calculated Risk-Taker and The Self-Sufficient Saver.

Emma Maslin, financial coach, concluded: “Every life opportunity we face is filtered through the lens of our unique money personality – or ‘financial tribe’ – but we often assume that others think about money in the same way that we do.

“Add to this a lack of communication between generations and there is a lot of room for misunderstanding and potential surprises later down the line.

“By taking the time to really understand our individual and respective family members’ ‘financial tribes’ we can leverage the positives of our different money personas to benefit ourselves and the overall family unit when planning for the future.”

Hungary's Orban accuses EU, US of meddling in 2022 election

‘It was quite overwhelming': how it feels to have your business thrive in a pandemic

Biden to meet Pope Francis amid some rifts with U.S. bishops

There’s an intriguing subplot to President Biden’s upcoming meeting with Pope Francis. The world’s two most prominent Roman Catholics will be celebrating a shared outlook on church teaching and vital ... Read more »

© Provided by NBC Sports After spending a year with the Panthers, defensive end Stephen Weatherly elected to go back to where his career began, signing a free-agent deal with ... Read more »

A 7m wall has gone up on a Sydney beach: are we destroying public space to save private property?

Australia may be left with almost a $1tn health bill by 2050 if it doesn’t boost the take-up of electric vehicles, according to a new report released on Sunday. © ... Read more »

Good judicial infrastructure has always been an afterthought, says CJI

© Provided by The Times of India NEW DELHI: Holding that financial autonomy and adequate infrastructure for the judiciary are essential to make the system more effective, Chief Justice N ... Read more »

The Duke and Duchess of Sussex relocated to the USA following their decision to quit the Fold and haven’t been back to Britain as a family unit since 2019. In ... Read more »

Gati Shakti to boost India's infrastructure and much more; know what it is

The Queen‘s recent hospital trip on the back of a hectic engagement schedule in October is likely to see the royal appointment book undergo “adjustments, according to the host of ... Read more »

A video showing a few villagers protesting against a man likely a political leader has gone viral with the claim that the group was resisting a two-time BJP MLA’s entry ... Read more »

Kangana failed to make out positive case for transfer of hearing: Mumbai court

© Provided by Hindustan Times Javed Akhtar has filed a defamation case against Kangana Ranaut last November, alleging that she had made defamatory and baseless comments about him in a ... Read more »

© The FA via Getty Images BethMead2310A A scintillating 14-minute hat-trick from Beth Mead helped England mark their return to Wembley with a win over Northern Ireland in Saturday evening’s ... Read more »

© Image courtesy of Amazon When it comes to the wide variety of toys in the world, there aren’t too many options that are capable of keeping every member of ... Read more »

The Powerball jackpot for 10/23/21 is $86 million, and the drawing will be held at 11 p.m. ET tonight. © Scott McDonald/Newsweek A Powerball ticket sold in Texas during September ... Read more »

The U.S. State Department announced a $10 million reward on Friday for any information that would lead to the arrest of a Colombian national that the United States has accused ... Read more »

Sen. Josh Hawley, R-Mo., is calling for Attorney General Merrick Garland to resign after he “mobilized the FBI to intimidate parents without legal basis,” claiming Garland’s actions were a “dangerous ... Read more »

Doctor Who is returning to the BBC later this month as viewers tune in for Jodie Whittaker’s final series. She’ll also be joined by new companion Jacob Anderson, who the ... Read more »

© Provided by Mothership Follow us on Telegram for the latest updates: https://t.me/mothershipsg Night Owl Cinematics (NOC) co-founder Ryan Tan has issued an apology to the company’s talents, “Michelle and ... Read more »

PHOTOS: Rashami Desai & Divya Agarwal switch on the glam button as they arrive at a party

Amid the hustle and bustle of the showbiz world, popular celebs might have no time to relax but often they get spotted in the dream city, Mumbai. The recent ones ... Read more »

Karwa Chauth 2021: Yami Gautam, Natasha Dalal & others who would fast for their husbands for the first time

Karwa Chauth is always a very special celebration for all married ladies. Women keep a fast for the long lives of their husbands and only after they look at the ... Read more »

India-Pakistan cricket rivalry: A gold mine for hilarious memes

© Provided by The Times of India The Ashes may be the oldest rivalry in cricket but even the players agree that when it comes to passion and eyeballs, it ... Read more »

© Provided by Pinkvilla   Matt Hutchins, the husband of late cinematographer Halyna Hutchins, has expressed his family’s gratitude for the outpouring of support in the aftermath of her death ... Read more »

Yeh Rishta Kya Kehlata Hai: Shilpa Raizada aka Surekha Goenka gets emotional as she bids adieu to the show; says, 'The whole journey is unexplainable in words'

© Provided by BollywoodLife.com Mohsin Khan and Shivangi Joshi aka Kartik and Naira/Sirat left Yeh Rishta Kya Kehlata Hai recently. It is difficult to accept the fact that they are ... Read more »

realme has announced the appointment of Team India cricketing star KL Rahul as its brand ambassador. Rahul will endorse realme’s smartphone category. The young KL Rahul is known for his ... Read more »

Matthew Hutchins, the husband of cinematographer Halyna Hutchins, has shared a public tribute to his late wife two days after she was accidentally shot dead on the set of the ... Read more »

© Provided by People Ethan Miller/Getty Gene Simmons is surrounded by about 50 paintings and sketches — all of which he created himself — when he admits, “I don’t know ... Read more »

Savvy Saturday: How to use the Southwest Companion Pass to visit Europe, Asia and more

© Jordan Strauss/Invision/AP. Ayesha Curry’s three kids are growing up so fast! The mom of three, her husband Steph Curry, and the couple’s children recently posed on the cover of ... Read more »

© Provided by Al Jazeera Amit Shah is visiting the region for the first time since August 2019 [File: Prakash Singh/AFP] Srinagar, Indian-administered Kashmir – In an apparent attempt to ... Read more »

© Bang Showbiz Halyna Hutchins Halyna Hutchins’ husband has paid a glowing tribute to the cinematographer. Matt Hutchins has taken to Twitter to heap praise on Halyna, who passed away ... Read more »

Is Jackie Rice transferring to ABS-CBN to play Valentina in ‘Darna?'

In Bed With Candice Pinto: “I once wore Rocky S to bed”