It appears pensioners are not being provided with enough options to downsize to a home more suited to them, with low numbers of bungalows and retirement housing being built. The costs associated with moving house may also be dissuading pensioners.

Solving the country’s housing crisis must include a greater focus on building new homes for older people and policies to help them right-size, leading professional property body Propertymark has told the UK Government.

But while a third of older adults have indicated they would like to move from their present home, housing for older people is scarce with just five percent of over 65s living in specialist housing as a result.

Propertymark believes the lack of housing options for older people, combined with Government policies that discourage them from moving, is prompting many to stay put in unsuitable, and often underoccupied homes. 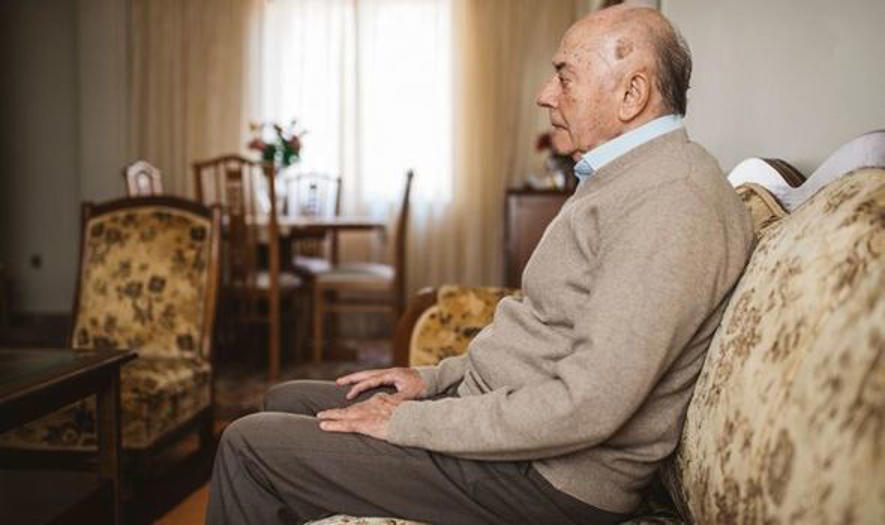 Not only could this be aggravating wider housing supply issues, but non-specialist homes can also pose a serious health and safety hazard for older inhabitants, potentially placing additional and unnecessary pressure on the health and social care systems.

New bungalow builds remain low, with under 2,000 bungalows built in 2020, representing just 1.57 percent of all homes. In comparison, 26,000 were built in 1987 according to figures from the National House Building Council’s new home statistics.

There were just 730,000 retirement housing units across the UK as of June 2019, which makes up just five percent of the over 65s population, according to research from the Elderly Accommodation Counsel.

Eleanor Bateman, Policy and Campaigns Officer at Propertymark, said: “We need a housing mix that includes more specialist homes for older people, as well as appropriate incentives to right-size.

“Currently, older people aren’t inclined to move because Government policies simply don’t facilitate it. When faced with a potentially significant Stamp Duty Land Tax bill – combined with other measures such as the Nil Rate Residence Band enabling tax savings – it is unsurprising that many older people choose not to move.

“Additionally, the lack of housing options means even those who would like to move often end up staying put because there just aren’t enough suitable, affordable properties for them in the housing market.

“If the UK Government is serious about tackling the undersupply of housing in the UK it must rethink its tax policy which acts as a hindrance to market movement, and provide the housing for older people the country needs so our existing housing stock is utilised more efficiently, and right-sizing becomes an affordable and realistic option.” 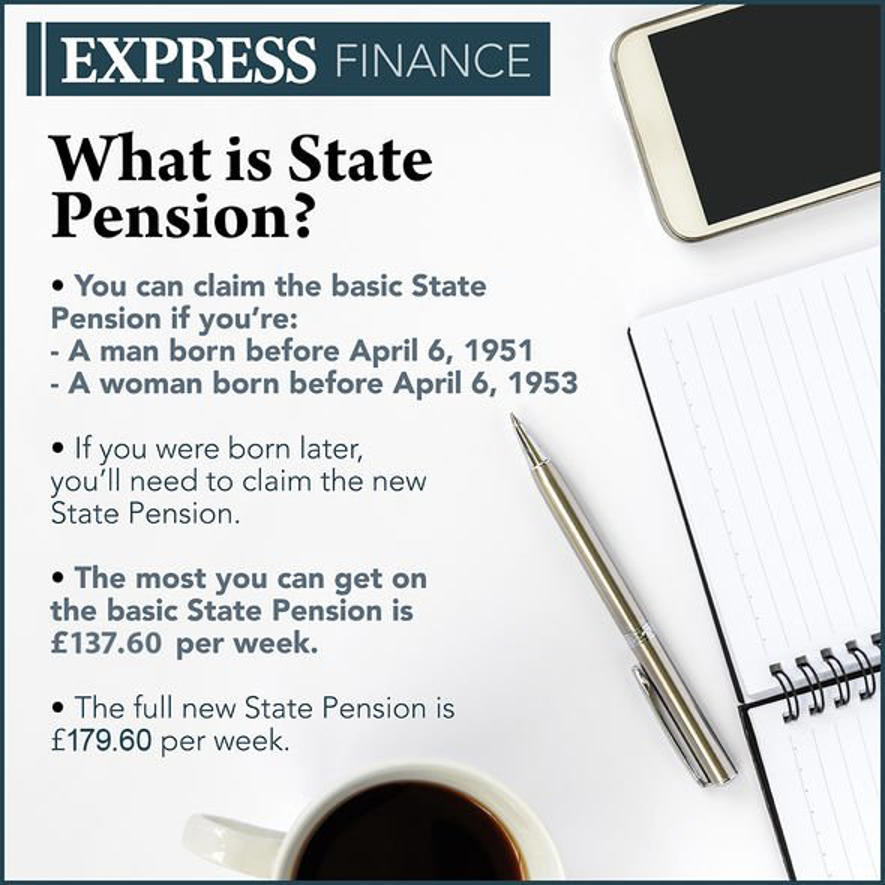 What is the nil-rate band?

What is Stamp Duty?

Stamp Duty is a conditional tax paid when one buys land or a residential property in either England or Northern Ireland. 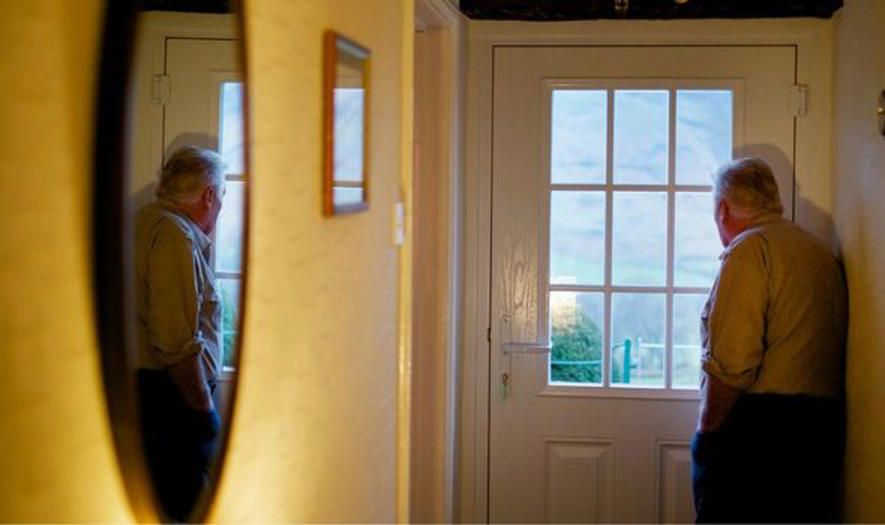 Second-home buyers will still pay an extra three percent Stamp Duty on any property that costs more than £40,000. This tax applies to both freehold and leasehold properties whether you’re buying the property with your own money or using a mortgage.

In Scotland, Stamp Duty is instead called Land and Buildings Transactions Tax (LBTT) and in Wales, it is called Wales Land Transaction Tax (LTT).

Why do people pay Stamp-Duty?

Stamp Duty was originally introduced as law back in 1694 during the reign of William and Mary. It was drawn up on official documents which were required to be stamped by officials to prove payment.

While it was initially a temporary measure of war-time finance, it was so successful at accumulating wealth that it became a permanent fixture of British legislation.

Today, Stamp Duty is designed to cover the cost of the legal documents for the lengthy transaction process involved in purchasing a property.

World AIDS Day 2021: Here are some must-watch films to understand the disease better

Mira Kapoor launches her own YT channel, Shahid Kapoor confesses he's crushing on her 'all over again'

© Provided by Daily Mail MailOnline logo Lionel Messi has had his hands on his seventh Ballon d’Or trophy for a little over a day, yet he has already decided ... Read more »

© House of Representatives website rep eric pineda The House labor and employment committee will request the IATF to suspend the implementation of two resolutions regarding the mandatory vaccination in ... Read more »

Get exclusive offers and discounts with the new and improved McDelivery!

Glow up alert! McDonald’s is leveling up their delivery service with the revamp of its McDelivery app and website, providing customers a swift and stress-free way to get their McDo ... Read more »

Cardiff’s stranded rugby players were last night thrown a lifeline with the promise of a flight out of South Africa and quarantine accommodation in England. The announcement by club chiefs ... Read more »

© Provided by Lifestyle Asia Every year after Diwali, especially in North India, the pollution and smog in the air make it impossible to go out without masks, even in pre-COVID ... Read more »

© Bang Showbiz Billie Eilish kept some of the designs covered up Billie Eilish has three tattoos including her family name on her chest. The 19-year-old singer has opened up ... Read more »

© GETTY China Tory MP Damian Green warned that China is on its way to becoming ‘a new colonial power’ by investing money into countries such as Barbados. The island, ... Read more »

© Provided by Football FanCast Fiorentina striker Dusan Vlahovic on the ball against Napoli’s Fabian Ruiz in the Serie A Tottenham Hotspur are unlikely to seal a move for Dusan ... Read more »

© Getty Pfizer According to data from the People’s Vaccine Alliance Pfizer, BioNTech and Moderna make $65k (£48.7k) a minute in combined profits from their vaccines, based on profits reported ... Read more »

In memory of John Sillett, the man who sent the Cup to Coventry

© Everyone must self-isolate for 10 days if they come into contact with a case of the Omicron variant … New legislation brought in to tackle the Covid Omicron variant ... Read more »

© Provided by Jagran English New Delhi | Jagran Brand Desk: Whether you’re looking to redo your home to increase its value or to suit the needs of your loved ... Read more »

CRED, a platform for creditworthy individuals, banks and merchants, will acquire Happay, a business expense, payments and travel management platform Pexels The acquisition is expected to be a cash and ... Read more »

When Milind Soman‘s wife Ankita Konwar is not serving fitness motivation for her followers on her Instagram page, her account is a serotonin overload. The 30-year-old actively talks about the ... Read more »

© McLaren McLaren 2022 F1 car The young Briton has driven early versions of the new 2022 design in his McLaren’s team simulator, as preparations ramp up for the all-new rules next ... Read more »

IPL 2022 Retention: List of ten big players released by franchises ahead of mega auction and why they were ignored

It’s official. The existing eight franchises of the Indian Premier League have finally ended the suspense as a total of 27 players have been retained across all teams. While there ... Read more »

India vs New Zealand 2021: Ishant Sharma needs couple of Tests to get his rhythm back, says bowling coach Paras Mhambrey

© Provided by Zee News Ishant Sharma’s lack of rhythm can be attributed to lack of game time and it would take a couple of Test matches for him to ... Read more »

MONTREAL — After Marco Ayotte’s uncle used a homophobic slur toward him in July 2018 and said he should kill himself, Ayotte didn’t just fume about a vulgar, insensitive relative. ... Read more »

Xbox series X stock – live: Argos restock is available now – how to get a console

Fully vaccinated international travellers can provide a test taken within three days of departure under current rules. The USA reopened its borders at the start of November. Sources have said ... Read more »

Covid's next move: inside the 3 December Guardian Weekly

The Covid B.1.1.529 mutation was first identified by South African and Botswanan scientists early last week. Within 72 hours, it had been renamed Omicron and designated the fifth variant of ... Read more »

Japan has asked international airlines to stop taking new reservations for all flights arriving in Japan until the end of December as the country further tightens its border controls against ... Read more »

A RNLI lifeboat was allegedly targeted by protesters objecting to the rescue of migrants. © REUTERS Migrants arrive from France to UK 251121 The incident at Hastings Lifeboat Station happened ... Read more »

Just as people in Whatcom County are recovering from historic flooding, heavy rains present a whole new threat. Now, they face the possibility of a third wave of floods. Read more »

NEW DELHI: India’s GDP growth in July-September reflects a rapid rebound in the economy from the lows of the deadly second wave of the COVID-19 pandemic, but looking ahead the ... Read more »

Police recruits are quitting within WEEKS due to violence on the frontline and not wanting to work weekends and nights: Chief constable warns force job is NOT 'an extension of university'

Video: Disgusting moment a female shopper throws clothes and SPITS at a young supermarket worker as other staff are splashed with hot coffee, rammed with trolleys and subjected to death threats by anti-vaxxers

Video: Alright petal? Flower 'boy' has wedding guest in hysterics as he struts and wiggles up the aisle

How to spot a sex offender: Criminologist reveals the five common traits they share - and explains why their horrific crimes are often badly misunderstood

Ski holidays back on as tourists allowed to transit through Switzerland

‘Typical', ‘This is relegation form' – Many Bradford City fans react to recent events

Former Ryanair and BA cabin crew reveal what life was like at 38,000ft