The last time his parents saw him, Brian Laundrie was visibly “upset,” their attorney told NBC News, mere hours after the FBI confirmed the 23-year-old fugitive’s remains had been located.

In an interview Thursday evening, attorney Steven Bertolino said the Laundries last saw Brian on Sept. 13, as he was leaving their North Port, Fla., home.

“Brian was very upset when he left,” Bertolino explained, adding that Brian’s father, Chris Laundrie, “conveyed to me several times that he wished he hadn’t let him go, but he couldn’t stop him.”

Laundrie was last seen six days before the remains of his missing fiancée, Gabby Petito, were found in Wyoming’s Grand Teton National Park.

Authorities have determined the 22-year-old Long Island, N.Y., woman died from strangulation while on a two month-long, cross-country road trip with Laundrie.

Bertolino said he has been friends with Chris and Roberta Laundrie for over 25 years, adding that the couple is grieving.

“Getting the news that your child is no longer with you is sad, under any circumstances,” Bertolino said. “The fact that the Laundries have been subjected to these people out in front of their house the last four weeks, and they continue out there today, makes it all the more difficult.”

Bertolino told NBC News he has not spoken to FBI officials since Brian’s remains were recovered, but acknowledged conversations have been had with federal law enforcement concerning possible criminal charges and the Laundries.

RELATED: Body Found in Wyoming Confirmed to Be Missing 22-Year-Old Gabby Petito, Who Died by Homicide

However, he said he doesn’t think his clients will face prosecution going forward.

Bertolino also said that he is the one who told the Laundries not to talk to police early on in their investigation. Bertolino rebutted rumors Brian’s parents helped their son while he was on the run, saying they didn’t even know he was going to disappear when he fled their home. 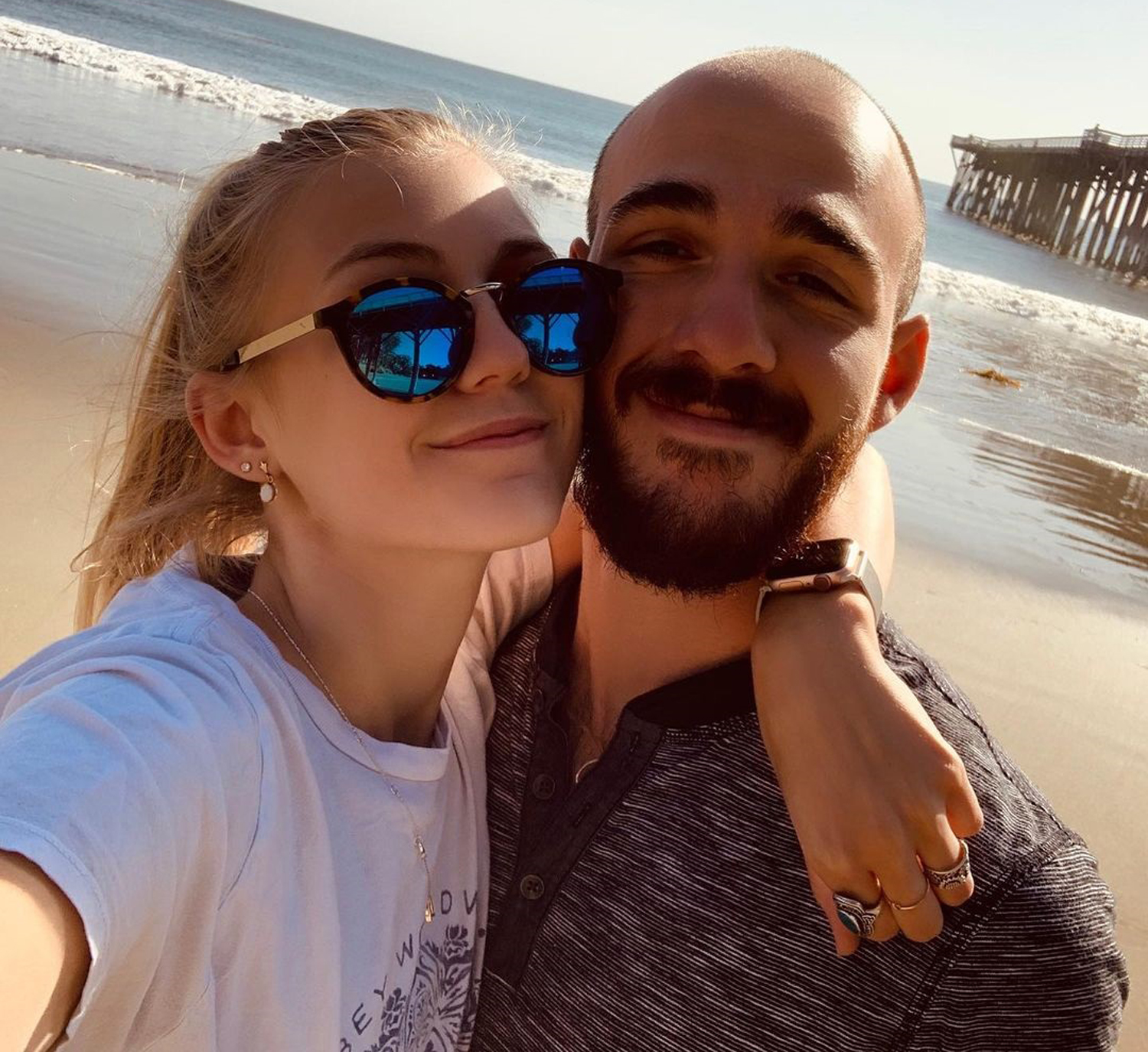 On Wednesday, with help from Brian’s parents, Laundrie’s remains were found in the Myakkahatchee Creek Environmental Park next to a backpack and a notebook. Bertolino dismissed theories his client’s new their son’s whereabouts this entire time.

“I’m a little bit angry that people are even speculating this way,” the lawyer said, adding that law enforcement officials were with the Laundries during Wednesday’s search efforts.

He added the same area had been searched weeks prior, but “it was under water.”

Bertolino continued: “People with first-hand knowledge of the conditions of that park say this area was under two to three feet of water, and yet, still, John Q. Public can’t get it in their head that these areas were unaccessible, and the items that were located [Wednesday] perhaps couldn’t be seen.”

Bertolino declined to comment on Petito’s killing, saying it wasn’t the appropriate time.

“Today is not the day to discuss the Gabby Petito case,” he said, adding that his clients “suffered a grave loss.”

He added: “At some point in the future, there may be conversations to be had, there may be information to discuss — tonight is not that time. This case is not over. There are certain things that need to be done — I should say wrapped up — before we can have further conversations about what may or may not have been done differently.”

Laundrie was named a person of interest in Petito’s disappearance on Sept. 15 — two weeks after returning home alone.

The couple had spent the summer traveling across the country in a white van together, documenting their adventures on YouTube along the way.

Spotify Wrapped 2021 is available now: Here's how to find your top artists and songs

Man found shot to death at west side apartment after report of disturbance, IMPD says

BMW 545e review: this plug-in hybrid 5-Series ticks all the right boxes – yet misses the mark

A car van is loaded with fresh hot bread Shutterstock Southern California is no stranger to high-speed car chases — so it takes something truly unusual to stand out from ... Read more »

A UNIVERSAL Credit work coach has explained how nearly two million Brits will see their payments change from today. And it could mean you’re better off by as much as ... Read more »

CHLOE Sims was seen twinning with her rarely seen teenage daughter Maddie during filming for The Only Way is Essex. Chloe, 40, and her 16-year-old offspring went for matching bright ... Read more »

Slovakia eyes bonus to boost vaccinations for 60 and overs

The Associated PressA No Entry sign is placed inside a toy store, now serving takeaway, at a shopping center in Bratislava, Slovakia, Thursday, Nov. 25, 2021. The Slovak government approved ... Read more »

SCOTLAND international rugby player Siobhan Cattigan has suddenly passed away at the age of just 26. It was confirmed on Tuesday that the back row, who was capped 19 times ... Read more »

US manufacturing activity grows in November

A 'FLOATING CASTLE' was spotted off the coast of France in a weird optical illusion. The abbey of Mont Saint Michel in Normandy appeared to be sitting on top of ... Read more »

LeBron James had a wild few weeks, getting suspended, fined, and embroiled in a war of words with a rival. Then he got COVID.

JOURNEY to Westeros and go behind the scenes of the well-loved Game of Thrones series at the new £24m attraction opening next year. The Game of Thrones Studio Tour is ... Read more »

Mckenna Grace Reveals What It Was Really Like Working With Paul Rudd On Ghostbusters: Afterlife - Exclusive

Sony Pictures The internet knows Paul Rudd as the wholesome guy who never ages, but his costars get a much deeper look at the newly-crowned Sexiest Man Alive. At just ... Read more »

The meeting marked the first time members of the public were permitted to be in the room after chaos broke out in June. REUTERS/Evelyn Hockstein/File Photo A Virginia school board ... Read more »

The outperformance of ether may be linked to the surging popularity of the Ethereum blockchain, which is used by thousands of developers who set up decentralized apps. Jordan Mansfield/Getty Images ... Read more »

A BRIGHTON property wowed its developer so much that he took it for himself, moving his whole family into the contemporary home. The unique wildflower-covered roof and the Japanese-inspired layout ... Read more »

© Provided by eNCA JOHANNESBURG – We may not mark or celebrate Thanksgiving, but it’s a very important American holiday. The day is usually spent with family and loved ones ... Read more »

© WIN MCNAMEE Donald Trump gave a thumbs up after returning from three nights in hospital in October 2020 for Covid-19 treatment Donald Trump had a positive Covid-19 test, quickly ... Read more »

Gender based violence is a very sensitive topic that prominent celebrities never shy away from speaking about. For 16 days of activism, many of our ZAlebs are joining the chat ... Read more »

EU proposes scaling back asylum rights for arrivals from Belarus

© Provided by Al Jazeera The commission’s proposal comes after the EU has accused Belarus of flying in thousands of refugees and asylum seekers and pushing them to cross into ... Read more »

Russia has no right to seek guarantees against NATO's eastward expansion, Kyiv says

© Provided by Daily Mail ( A soldier with coronavirus died from a blood clot in hospital – just 18 months after her sister’s tragic death from the virus. Former ... Read more »

Cardiff City fans have always valued a warrior – and few have played the role with such gusto as Phil Dwyer. After all-encompassing 13-year spell in the Welsh capital, Dwyer, ... Read more »

Urtopia e-bike is basically a computer on wheels

The electrification of the bicycle has historically meant just that: A bike, but with an electric motor. You might find some other smart conveniences on higher-end models, but “less is ... Read more »

© PA Wire Cabinet Meeting Jacob Rees-Mogg, Leader of the House of Commons, is facing an investigation by Parliament’s standards watchdog, it was confirmed on Wednesday, in a blow to ... Read more »

The Public Accounts Committee said the scheme “was just a terrible waste of money and opportunity at a time when we can least afford it.” Photo: Sjoerd van der Wal/Getty ... Read more »

Vaccine coverage below 10% in seven eastern Mediterranean nations - WHO

A nurse prepares a dose of the of coronavirus disease (COVID-19) in Dutywa CAIRO (Reuters) – An official at the WHO's Eastern Mediterranean Regional Office said on Wednesday seven countries ... Read more »

Heathrow has reopened Terminal 4 as a dedicated facility for processing arrivals from red list countries. The west London airport said the measure will keep passengers arriving from destinations on ... Read more »

Parton, Oh, Biles and teachers named 'People of the Year'

A Londonderry man previously believed to have died from head injuries caused by a rubber bullet was likely to have been injured by other means, a coroner has found. Thomas ... Read more »

Keira Knightley and Matthew Goode star as a British couple hosting a last holiday gathering for friends before the end of the world in ‘Silent Night.’ Read more »

A recent bout with COVID-19 took away Keira Knightley’s smell but not her storytelling sensibilities. Four-letter words and excited laughter pepper the star’s tale of how she signed on for ... Read more »

Hurrah for Barbados! Can the UK be next?

Photograph: Randy Brooks/AFP/Getty Images Congratulations to the Republic of Barbados for having the confidence and maturity to dispense with the Ruritanian nonsense of monarchy (Report, 30 November). I live in ... Read more »

3 reasons why the stock market just bottomed and will rally into year-end, according to Fundstrat's Tom Lee

Winter likely to be normal this season, says IMD

UPPSC PCS Prelims 2021 result out, here's how to check at uppsc.up.nic.in

'I can't change my HIV status, but people can change their mindsets'