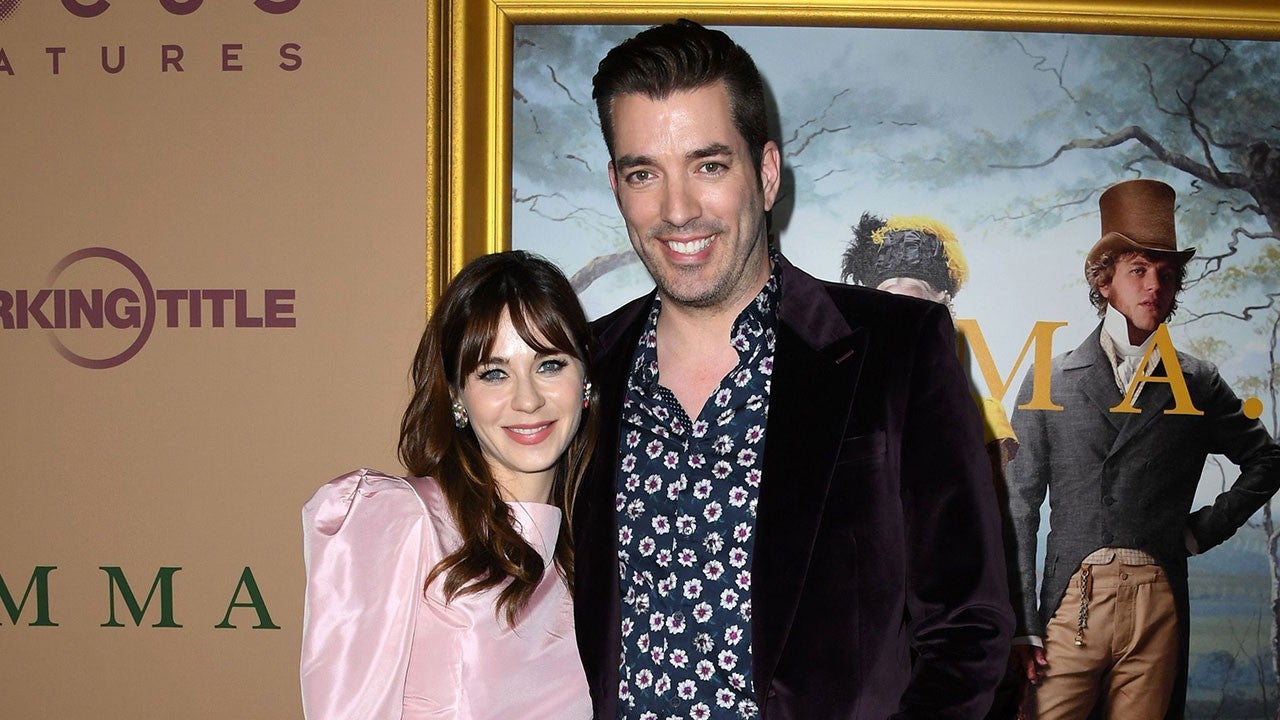 Zooey Deschanel and Jonathan Scott are recreating an iconic scene. The 43-year-old HGTV star took to TikTok on Tuesday to share a hilarious spoof of a scene from his girlfriend’s 2009 flick, (500) Days of Summer.

In the original scene, Deschanel’s Summer compliments the headphone-wearing Tom (Joseph Gordon-Levitt) on his music choice while in an elevator.

“Oak, I think. Probably like a dark oak,” the Property Brother hilariously replies, to which Deschanel responds, “Cool floor.”

“I mean, as far as elevator floors are concerned, yeah, pretty durable,” he answers, before an awkward goodbye closes out the adorable clip.

@jonathanscott#duet with @zooeydeschanel Yeah, sometimes I’m *mildly* socially awkward. #oblivious#500daysofsummer#fyp♬ There Is a Light That Never Goes Out (2011 Remaster) – The Smiths

Deschanel, 41, and Scott celebrated their two-year anniversary in August. Later that month, Scott joked to ET that he is “dating up” when it comes to Deschanel.

“It means I just need to keep raising the bar and keep up with those expectations,” he added.

Those comments came after ET spoke to Scott in January 2020, and he gushed about his relationship with the actress.

“We’re just reveling in the fact that we love each other madly and were still discovering each other. It’s the most incredible relationship ever, so we’re content in that. I’ve never experienced [this] before in my life,” he said. “… We literally laugh nonstop. All the time. So, having that ability to really entertain each other is great.”

“I’m a romantic guy — I like to do romantic things — [but] I’ve never been in a relationship where that is given back to me. So, it’s really the perfect balance,” Scott added. “… I’ve never been with somebody who gets along as well with the people I care about, who shows me daily that she loves me and I love her in return. I love the fact that a year ago I would’ve never thought I was on this path with somebody who I’m madly in love with. It’s very exciting.”

Board rules Astroworld lawsuits to be handled by one judge

‘West Side Story' Team Reacts to Gulf Nations Ban: “This Film Will Overcome Any Border”

© Provided by The Indian Express EIGHTY-TWO-year-old Bhagwan Kaur has been staying at Tikri border since November 26 last year. She is a resident of Mehal Khurd village in Barnala ... Read more »

A jury in Chicago has ended its first day of deliberations following prosecutors’ arguments that actor Jussie Smollett lied to police about being the victim of a hate crime. Deliberations ... Read more »

‘Symbol of transition': Pantone's color of 2022 is Very Peri

© Provided by Interaksyon Pantone on Thursday (Philippine time) unveiled PANTONE 17-3938 Very Peri as the color of 2022. In a Facebook post, Pantone introduced the new color of the ... Read more »

A statue of Confederate Gen. Robert E. Lee that stood in the heart of Charlottesville, Virginia, for almost a century will be melted down into bronze ingots that will be ... Read more »

China Tennis Star Metoo (Copyright 2021 The Associated Press. All rights reserved.) The president of the International Olympic Committee did his best to stay neutral Wednesday as Canada, Britain and ... Read more »

How to beat Bassus in Halo Infinite

© Provided by GamePur After fighting your way through the mission Excavation Site and destroying some cooling pylons for a mining laser in Halo Infinite, you will come face to ... Read more »

© Provided by DNA Bank holidays 2021: People who have any urgent bank-related work or an important bank transaction are advised to finish it before the coming week, as the ... Read more »

Dec. 8—A Grand Forks man was arrested and charged with multiple offences after fleeing from police and barricading himself in another person's apartment. According to a release from the Grand ... Read more »

WASHINGTON — The Senate narrowly approved a resolution Wednesday to nullify the Biden administration’s requirement that businesses with 100 or more workers have their employees be vaccinated against the coronavirus ... Read more »

Gareth Cattermole/Getty Images As the hype continues for the highly anticipated release of “Spider-Man: No Way Home,” stars Tom Holland and Zendaya have been asked plenty of questions surrounding what happens ... Read more »

Who's on the ‘naughty' list? BBB releases top holiday scams of 2021

Forget the 12 days of Christmas, the Better Business Bureau Serving Southern Alberta and East Kootenay (BBB) has released its list of the top 12 scams of Christmas for 2021. ... Read more »

© Amazon “I am pretty confident that this is the best pan I have ever owned.” © Provided by Food & Wine Amazon If you’ve noticed that your frying pans ... Read more »

Chad Ochocinco Johnson has a contrarian explanation for why he had such a healthy NFL playing career: The Golden Arches. Johnson has long professed his love for McDonald’s. He has ... Read more »

7 things we love about Emily in Paris

© Provided by WhatToWatch Lily Collins, Ashley Park and Camille Razat in Emily in Paris As we gear up to head to the city of love for season 2 of ... Read more »

Senate Republicans successfully forced a vote on a resolution aimed at nullifying the Biden administration’s vaccine mandate for large employers in a 52-48 vote. While the measure is not expected ... Read more »

Instagram CEO testifies before Congress for the first time: 5 takeaways