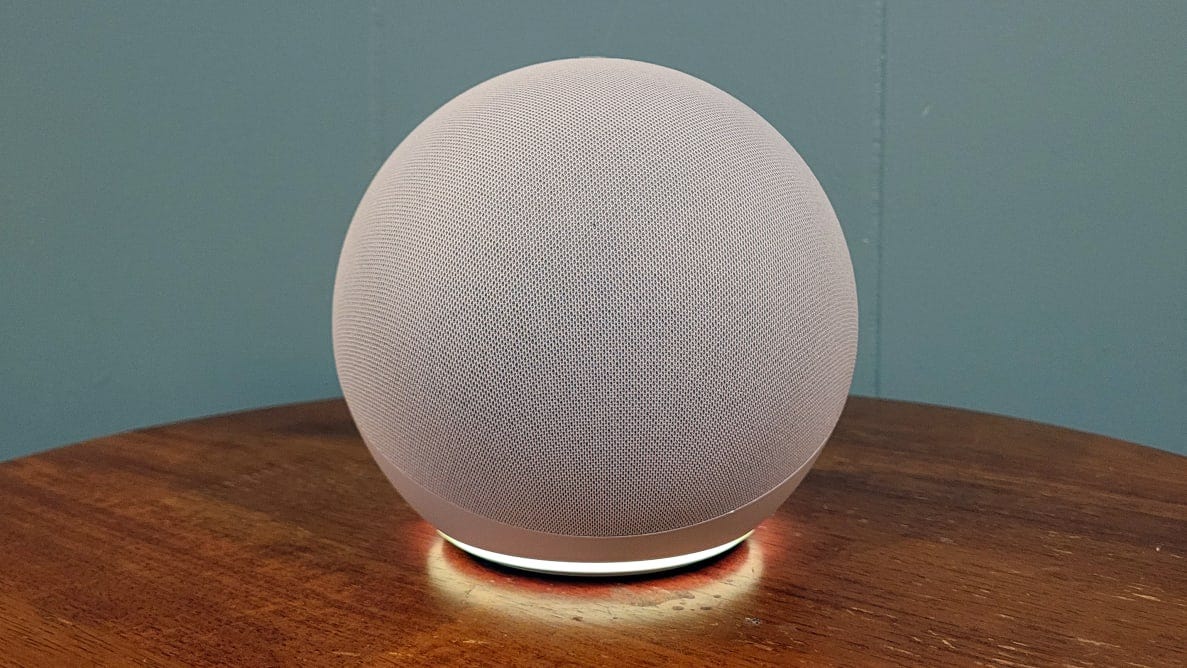 Amazon has rolled out some new ways to interact with its digital voice assistant, Alexa.

The assistant available on Amazon devices such as Fire tablets and Echo speakers will now answer to a new name: Ziggy. Also, users can ask to Alexa to “change your voice” to someone with a more masculine or deeper voice.

Changing Alexa’s name isn’t new. Although the assistant is always known as Alexa, users can update the wake words they use to get Alexa to answer, including “Amazon,” “Echo” and “Computer.”

The new voice and wake words launched on July 15. Users can either say “Alexa, change the wake word,” or follow these steps, according to Amazon:

Sorry, Jeff Bezos:You’re still not an astronaut, according to the FAA

Watching the Tokyo Olympics:How to see the Summer Games in 4K video

To change Alexa’s voice from feminine to masculine, users can simply say “Alexa, change your voice.”

“Customers have had a lot of fun with the Samuel L. Jackson experience on Alexa, and when customers love something, we look for ways to give them more of it,” said Toni Reid, vice president of Alexa Experience & Echo Devices, in a statement.

Users can add the celebrity voices for $4.99 each.

There's an all-new, super secure look for Safari 15 on macOS

Comets: Facts about the 'dirty snowballs' of space

Fortnite could remain banned on iPhones and iOS devices for years

How do you feel about Microsoft's new Surface hardware?

A fish-based diet is good for the environment and people’s health. nadianb/Shutterstock If you want to reduce your personal impact on the environment, cutting back on eating animal products is ... Read more »

© Windows Central Surface Pro 8 Hero That new 13-inch 120Hz display is going to blow your socks off. What you need to know The Surface Pro 8 is official ... Read more »

Two-legged dinosaurs may have swung their tails as they crashed through the undergrowth – just like humans swing their arms – according to scientists who modelled their movements in 3D ... Read more »

Need a new PSU for your PC? These are the best available options.

© Provided by Windows Central be quiet! Dark Power Pro 12 To make the most of your PC components, you’re going to need a power supply unit (PSU). This is ... Read more »

Which of the iPhone 13 devices are the best value for money?

The iPhone 13 is likely what you’re looking for, which got you here, but which one has Apple created that best suits you? So, not which is cheapest, but which ... Read more »

New Indiana Jones game: everything we know so far

Lucasfilm Games has officially announced that a new Indiana Jones game is in the works at Wolfenstein developer MachineGames, with Bethesda Game Studios head Todd Howard set to be executive ... Read more »

Hellblade 2: everything we know about the Xbox Series X game

Even the most extended range electric cars can be a real pain to charge. The amount of time it takes to replenish battery power is still far greater than the ... Read more »

Apple won't let Fortnite back on iOS until the Epic v. Apple verdict is final

Fortnite will not be returning to the iOS App Store any time soon, according to a series of emails published on Twitter on Wednesday by Epic Games CEO Tim Sweeney. ... Read more »

PayPal will now pay you interest, and offer other bank-like features

PayPal’s app has a new look. The digital payment and financial technology company announced on Tuesday that its latest update will introduce new features and services for its users, such ... Read more »

OnStar emergency services will be available through Alexa starting in October

Microsoft Surface Go 3: price, features and everything we know

As we expected, Microsoft announced the Surface Go 3 at its Fall 2021 hardware event. We’d seen an influx of rumors recently, which made the likely hood of an appearance ... Read more »

© Provided by Daily Mail MailOnline logo Imagine a precious little pet that followed you everywhere and could even carry your groceries. That’s the idea behind Gitamini, a ultra-maneuverable cargo-carrying ... Read more »

Final Fantasy 16 news, trailer and what we know so far

It’s been confirmed: Final Fantasy 16 (XVI) is in development and it’s coming to PlayStation 5. The RPG is the next mainline title in the long and storied Final Fantasy ... Read more »

Quantum computing may already be more widespread than we think

Quantum computing in your enterprise may be a lot closer than you (probably) think. A new report from Classiq claims many enterprises are already dabbling with the technology, have budgets ... Read more »

We’ve all dreamed of making one item from Back to the Future a reality, right? Thankfully, technology has reached a point where we can (almost) pretend we’re Marty McFly when ... Read more »

Microsoft made a wireless mouse out of recycled ocean plastic

Alongside a fresh lineup of Surface systems, Microsoft announced a new mouse at its fall hardware event. The name gives away the reason why it’s interesting. It’s called the Microsoft ... Read more »

The Surface Pro X gets a Wi-Fi-only version

The Microsoft Surface Pro X now comes in a Wi-Fi-only version. Microsoft is offering a version of its ARM-based Surface device that does away with cellular connectivity. © Microsoft Cellular ... Read more »

Microsoft announced a deluge of new Surface gadgets today and most of them are already available for pre-order. Key among them are the Surface Duo 2, Microsoft’s second-gen version of ... Read more »

© Provided by Geek Culture While the Samsung Z Fold might be the superior foldable phone right now, Microsoft is taking another big swing. Considering that their first dual-screen Android ... Read more »

© Image: F. Frankel A selection of microfliers imposed on top of their inspiration from nature: a propeller seed, used for dispersal by trees including maple, sycamore, and ash. When ... Read more »

It’s already been a pretty big year for Microsoft with the new Surface 4 laptop and Windows 11, but that lineup got even bigger after today’s Fall event. Microsoft announced ... Read more »

Microsoft reveals its Surface Laptop Studio — its most powerful Surface ever

Microsoft has outfitted the Surface Pro 8 with a larger screen and improved performance for a 2-in-1 that will rival anything else on the market. (Image: Microsoft) Microsoft (MSFT) has ... Read more »

Scientists have solved the mystery of why some of the universe’s oldest massive galaxies go quiet early in their formation. These galaxies that formed in the three billion years following ... Read more »

How to Get the Maximum Zoom From Your Camera

A man who started collecting mobile phones more than two decades ago is opening his own virtual museum to celebrate the evolution of his favourite device.    Ben Wood started working at Vodafone fresh out of university ... Read more »

Microsoft’s first attempt at a dual-screen Android device wasn’t exactly a success. Middling hardware and consistently buggy software held back what could have been a compelling experience. But with the ... Read more »

© Provided by Daily Mail MailOnline logo There are often times when you’re so hungry that the thought of having to endlessly scroll through your favourite food delivery app is ... Read more »

Stunning images capture the strength and dignity of America's cowboys

How to watch UFC 266: time, card and Volkanovski vs Ortega live stream details

It’s back to Paradise, Nevada for the UFC circus, with two world titles on the line at the T-Mobile Arena. Read on to discover how to find a UFC 266 ... Read more »

© Provided by Daily Mail MailOnline logo Apple’s oft-rumored virtual reality headset could be released as soon as the second half of next year and cost as much $2,000, according ... Read more »

Exclusive: PS5 and Xbox Series X restock at Best Buy stores tomorrow – and we have proof

Update: The PS5 and Xbox Series X restock at Best Buy is tomorrow, according to our PS5 and Xbox restock Twitter tracker Matt Swider who has confirmed that Best Buy ... Read more »

Microsoft held its Fall 2021 event on September 22, revealed a fresh lineup of Surface products, and introduced a New Surface Pro X  2-in-1 device.  Preorders are now live other ... Read more »

I don’t know what you were doing between 1.45pm and 3pm on Saturday afternoon. But I can be pretty certain you weren’t watching GB News, the UK’s newish rightwing television ... Read more »

How to preorder the Surface Duo 2

Everything You Need to Know About Apple's iOS 15 Update

'Karen' confronts mother of autistic toddlers about her laughing children

Apple bans Fortnite until appeals are exhausted in legal fight

First impressions: Everything Microsoft announced at its 2021 Surface event