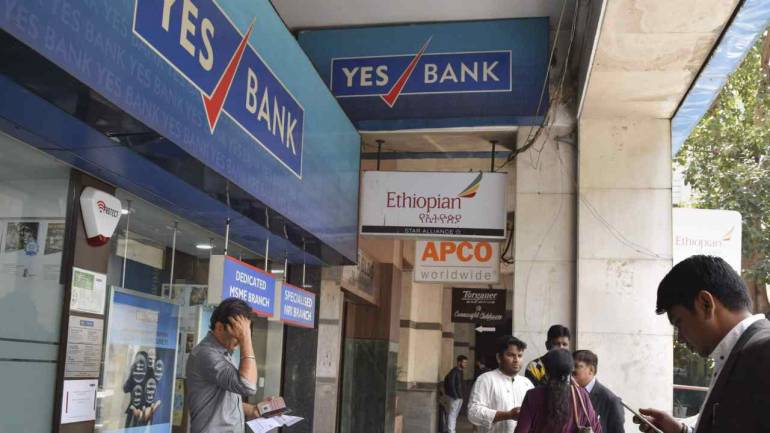 In a big relief to Yes Bank, the Supreme Court on November 30 stayed the Uttar Pradesh Police order, freezing the lender’s voting rights in the Dish TV annual general meeting.

A bench headed by Justice DY Chandrachud took serious exception to police action in a corporate matter and also stayed the investigation.

“We cannot permit police officers sitting in Gautam Buddha Nagar to freeze voting rights of a shareholder,” the bench said. “The police here did what even the National Company Law Tribunal did not do (freeze shares and voting rights).”

Senior Counsel Abhishek Manu Singhvi, representing Yes Bank, essentially questioned the validity of the police notice issued earlier this month, asking the bank to not act on the shares, that is to say not to sell the shares or even carry out voting rights that come attached with the ownership of the shares.

Terming the notice as an “extraordinary ingenious misuse of the criminal law”, Singhvi alleged that the notice of freeze on voting rights came at an opportune time only to prevent the bank, as the largest shareholder, from voting in the annual general meeting. “The FIR filed in the case had been languishing since August 2020,” he argued.

Yes Bank had disbursed loans of Rs 5,270 crore to Essel group and its sister concerns between 2016 and 2018. After the Yes Bank scam surfaced and the bank’s board was reconstituted, it acted on the Dish TV shares that were pledged with it and became owner of nearly 25 percent of the shares of the company. Yes Bank grabbed 25 percent ownership after the company’s promoter failed to pay the debt and the pledged shares were invoked as a response.

If Yes Bank votes during the Dish TV AGM, it may vote to change or refuse to reappoint directors. This, the bank contends, is a primary reason behind police action against the bank coming just ahead of the AGM.

Senior Counsel Kapil Sibal, representing Subhash Chandra, contested Yes Bank’s case and argued that there was never a genuine loan transaction between the bank and Dish TV and that the company was pressured into taking loan in order to “clean the books of Yes Bank”.

The court has agreed to hear the case at length on a future date and has issued notice on Yes Bank’s appeal and allowed the parties on the other side to file their response.

On Monday, Singhvi had sought an urgent hearing of the appeal. Chief Justice of India NV Ramana allowed to list the case for hearing on November 30 since the annual general meeting for which the voting rights were sought to be exercised by the bank ends on Tuesday.

Essel Group head Subhash Chandra had last year filed a police complaint against Yes Bank and its former-managing director Rana Kapoor with allegations of fraud in the merger deal between Dish TV and Videocon D2H. The complaint kicked off a police probe and as part of the investigation by the UP Police, the voting rights of the bank were frozen through a police notice sent on November 5.

Yes Bank had urged the Allahabad High Court to quash the criminal complaint against it and effectively let it exercise its voting rights during the annual general meeting of Dish TV, but the high court dismissed the plea, stating that the bank has other alternative remedies available under the law. On this dismissal, Yes bank had approached the Supreme Court in appeal.

First day of 'no vax, no ride' in NCR went well —PNP

'There comes a stage when you cannot handle pressure': Shahid Afridi has his say on Virat Kohli leaving Test captaincy

Two David Long Jr.s have interceptions near the same end zone at SoFi Stadium this season

© RideApart.com BMW Is Offering More GS Off-Road Training Courses In Australia Develop your off-road skills with some of the most seasoned instructors out there. BMW Motorrad Australia has been ... Read more »

'God's will': Aishwaryaa Rajinikanth on her relationship with Dhanush

© Provided by Zee News New Delhi: Actor Dhanush broke many hearts after he announced his separation with wife Aishwaryaa Rajnikanth after 18 years of marriage on his social media ... Read more »

Top image: Phobthum Yingpaiboonsuk/Rice Media Thailand Translation by: Will An eerie quiet descends on Chatuchak today. At this point, I’m more afraid of running into a zombie than a pickpocket. ... Read more »

Hospitalizations due to COVID-19 across Canada surpassed 10,000 patients for the first time Monday, an alarming sign of the impact the highly-transmissible Omicron variant has had on the country’s health-care ... Read more »

© Provided by Mid-Day A Dahisar woman lost over Rs 40,000 after she called a technology company to seek the contact details of a few movers and packers. The woman ... Read more »

© Provided by Rams Wire The Los Angeles Rams are rolling against the Arizona Cardinals and despite being up 21-0 at the start of the second half, Sean McVay pulled ... Read more »

© Provided by The Spun Cardinals quarterback Kyler Murray sitting on the ground after getting sacked. Very little went right for the Arizona Cardinals in the first half of Monday ... Read more »

© Provided by Mid-Day In a positive development for the country’s first-class cricketers, the Ranji Trophy that was postponed due to rising Covid-19 cases, is set to resume in mid-February. ... Read more »

© Chuck Cook-USA TODAY Sports It appears the NBA has another controversy on its hands. The Golden State Warriors issued a statement on Monday to distance themselves from minority owner ... Read more »

© Brad Mills-USA TODAY Sports Eric Gordon (right0 was teammates with Anthony Davis in New Orleans for four seasons from 2012 to 2016. The Los Angeles Lakers may be going ... Read more »

© Provided by CBS Sports JuJu Smith-Schuster turned down offers from the Chiefs and Ravens to sign a one-year deal to remain with the Steelers last offseason. Ironically, Smith-Schuster faced ... Read more »

49ers were bad enough against Dallas to lose, but just lucky enough to win

Jan. 17—Two people were sent to the hospital after a stabbing late Sunday night on North Monroe Street. Police responded to reports of a stabbing at the intersection of North ... Read more »

Residents near Ottawa used a kayak to save a woman whose car plunged into icy water after she drove on a frozen river, police said in a statement. © Ottawa ... Read more »

A group of seven US senators met on Monday with Ukrainian President Volodymyr Zelensky in the capital of Kyiv amid the looming threat of a potential Russian invasion of the ... Read more »

Anthony Martial has reportedly rejected two Premier League clubs in favour of staying at Manchester United this month. Tensions between the Frenchman and Ralf Rangnick came to a head on ... Read more »

Manchester United are the Premier League penalty kings - in pictures

Shoppers face a new year debt crisis after the use of Buy Now Pay Later schemes surged by £1billion at Christmas. As a result, total festive spending using the method, ... Read more »

© Provided by News18 ICC Under-19 World Cup 2022: West Indies Thrash Scotland by Seven Wickets Dunith Wellalage was again the star for Sri Lanka as he took a five-fer ... Read more »

BEIJING (Reuters) -Starbucks said on Tuesday it has entered into a partnership with China’s Meituan that will allow its Chinese customers to order coffee delivery via the super-app’s platform. © ... Read more »

WASHINGTON (Reuters) – A U.S. Senate panel is set on Thursday to debate a bill that aims to rein in app stores of companies that some lawmakers say exert too ... Read more »

Montreal Canadiens VP of hockey communications Chantal Machabee issued an update to reporters on Monday, saying that goalie Carey Price suffered a setback and is “essentially starting from scratch in ... Read more »

© Provided by Jagran English Chandigarh | Jagran Politics Desk: In a massive setback to Navjot Singh Sidhu, the Congress on Monday veiledly declared that Charanjit Singh Channi will be ... Read more »

The 2004/05 season is one of the most memorable in Liverpool’s history. May 2005 saw Rafa Benitez guide the Reds to the Champions League with their historic victory over AC ... Read more »

Ilya Sorokin bails out Islanders in much-needed win over Flyers

It’s not particularly fair to declare Game 31 of 82 a must-win under any circumstances. But the Islanders will be breathing a sigh of relief after Monday. Between COVID-19 outbreaks ... Read more »

The former First Lady of the United States of America, Michelle Obama, turned 58 on January 17 and took to Twitter today (IST) to share a video of herself enjoying ... Read more »

Thaipusam 2022:Check out shubh muhurat, celebration, puja vidhi and significance of the day

NTO 2.0 – why is it a threat to the local cable operator as millions of jobs are at stake

It has been an uphill task for the cable and direct-to-home industry, post the implementation of the national tariff order 1, and just when things began to look a bit ... Read more »

© Provided by Cowboys Wire Things turned ugly at AT&T Stadium as the Cowboys’ first-round playoff game went final, but one team leader’s comments about it are leaving an aftertaste ... Read more »

© Danny Pata Outpatients line up outside the emergency section of San Lazaro Hospital in Sta. Cruz, Manila to seek medical help on Monday, January 10, 2022. Some of the ... Read more »

© Provided by The Times of India NEW DELHI: The Centre is likely to continue with its fiscal consolidation plans in the 2022-23 Budget, despite lower than estimated receipts from ... Read more »

The 5 Skills Required to Easily Find Jobs in the UAE

Threw chair at captor before escaping synagogue standoff with 2 others, says Texas rabbi

Why Virat Kohli the Passionate Performer is a Blockbuster Draw

PICS: Rashmika Mandanna is a total cutie in an oversized sweatshirt as she gets clicked at the gym

Bengal Bedlam: Instead of Fighting Each Other, TMC and BJP Now Battling Internal Discord