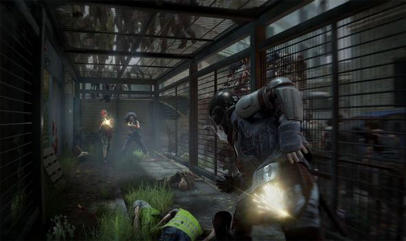 The world of zombie combat is evolving this week with the help of developers Saber Interactive.

World War Z Aftermath is a significant upgrade launching this week that changes the game in big ways across PlayStation, Xbox and PC platforms.

And the good news for fans of the base game is that the World War Z Aftermath release date has been scheduled for this week, with early access on offer.

So if you’re dying to find out what has changed on PS4, Xbox One, PC and next-gen consoles, you don’t have to wait long.

Expanding on the base game, Aftermath is adding new missions, characters, locations and features.

This includes bringing first-person mode to the game, which changes the perception of how the action flows around you.

And based on the popularity of titles like Call of Duty Zombies, you can expect plenty of people to be queuing up to try this out.

And there are also reasons to buy this new package on next-gen devices like PS5 and Xbox Series X.

“Horde Mode XL will arrive in a free post-launch update alongside further next-gen enhancements and support for PS5 and XSX|S console features.”

WHAT IS THE WORLD WAR Z AFTERMATH RELEASE DATE?

Saber has confirmed that the World War Z Aftermath release date has been set for Tuesday, September 21.

But for those aching to play the new expansion and upgrades sooner, there is also a way to play early.

A two-day early access period is available to those who pre-order so that they can start their campaigns before then.

Price-wise, there are different ways to purchase Aftermath, with Saber confirming this week:

“World War Z: Aftermath is coming September 21, 2021, at $39.99 for PlayStation®4, Xbox One, and PC alongside backwards compatibility for PlayStation®5 and Xbox Series X at 4K and 60FPS.

“For our longtime WWZ community, you will be able to purchase and play the Aftermath upgrade at a discounted price of $19.99 on Sept 19th on PlayStation, Xbox and EGS stores so you will also be able to play 2 days early.

“World War Z: Aftermath Deluxe Edition, featuring a bonus weapons pack and weapons skins, will be available for $49.99. In early 2022, the game will receive further next-gen enhancements, with support for PS5 and XSX|S console features, as well as Horde Mode XL, free and on PC, PS5, and XSX|S.”

BIA gives Nicki Minaj her flowers: 'You got to speak on her like how you speak on JAY-Z'

Alright let’s get right into it. During a a recent interview with Billboard, BIA spoke about her rise to fame as well as those that helped her along the way. Specifically, ... Read more »

From pitching softball to pitching songs, Endicott's Jenna Bortolotti is a hall of famer

When Jenna Bortolotti, winningest softball pitcher in program history at Endicott College, spoke at her Oct. 2 induction into the college’s athletic hall of fame, she expressed her feelings in ... Read more »

Pasadena Playhouse returns this fall with a party

The Pasadena Playhouse returns this fall with its 2021-2022 season. Danny Feldman, producing artistic director, couldn’t contain his thrill to be coming back to the theatre with a live audience. ... Read more »

Megan Thee Stallion has revealed the 15-song tracklist for her upcoming Something For Thee Hotties: From Thee Archives compilation, which will feature the rare and unreleased tracks “Pipe Up,” “Bae Goals” ... Read more »

EDC returns to Las Vegas in May 2022, passes on sale Thursday

© Provided by KSNV – Las Vegas The Electric Daisy Carnival will return to its usual May schedule for next year’s music festival. Insomniac confirmed that EDC 2022 will be ... Read more »

© Provided by The Guardian Photograph: Geoffrey Swaine/Rex/Shutterstock With nearly 11 million cats living in about one in four households, they are Britain’s most popular pet. But until now the ... Read more »

Tori Amos Ocean to Ocean ★★★☆☆ Ocean to Ocean opens with a sighing harmony that signals the despondency that Tori Amos’s 16th album rose from. The American singer who has ... Read more »

Slack and Dropbox are coming to Oculus Quest

If you follow the news closely you might recall that a few weeks ago, back when the Conservatives were having their party conference, there were a few big economic themes ... Read more »

Corruption-tainted EOH swings back into profit on turnaround strategy

© Provided by CapeTalk EOH Holdings has generated an operating profit of R147 million for the financial year 2021, following a loss of R1.3 billion in 2020. The corruption-tainted technology ... Read more »

Alpine to investigate cause of Alonso's rear wing failure

© Provided by Dot Esports The season one roadmap for Call of Duty: Vanguard has been revealed ahead of the game’s Nov. 5 release date. It includes plenty of details ... Read more »

© Provided by This is Futbol James Ward-Prowse Plenty of Newcastle United fans erupted on Twitter after seeing Southampton’s James Ward-Prowse being linked with a move to their club.  According ... Read more »

Boris Johnson and Rishi Sunak hold a 15 point lead, 40% to 25%, over Labour leader Sir Keir Starmer and shadow chancellor Rachel Reeves on who is best at managing the economy, a snap poll conducted by Opinium finds. Read more »

Decorating a cake with glitter? Check that it's edible

What will make Miami-Dade Schools consider relaxing its mask mandate? There are metrics

Now that Broward’s School Board has voted to make masks optional for high school students beginning Monday, you might be wondering when Miami-Dade’s public school district will start to loosen ... Read more »

Rishi Sunak is facing a budget backlash from traditional Tories, with five former cabinet ministers warning the scale of spending and taxes would stifle growth. The chancellor received a lukewarm ... Read more »

How to use the lobster trap in Moonglow Bay

© Provided by GamePur The lobster trap in Moonglow Bay is unlocked immediately after saving the whale in The Monster of Moonglow questline. The final part of this questline tasks ... Read more »

Gov. John Bel Edwards has ended Louisiana’s statewide <a href="/tag/indoor-mask-mandate”>indoor mask mandate, but not for K-12 schools. Edwards announced the decision Tuesday during a news conference in Baton Rouge, one ... Read more »

The Queen has presented poet David Constantine with a prestigious prize during a virtual ceremony and joked: “Do you put it in a cupboard?” As she continues to carry out ... Read more »

© Provided by Dot Esports The paid “Boost this stream” experiment by Twitch is reportedly underway. In a post to Twitter today, streaming reporter Zach Bussey wrote that Twitch had ... Read more »

Not Mannat, this is where Shah Rukh Khan was when news of Aryan's bail broke

Isko says Duterte allowed to run for senator, Leody says he should face raps instead

A Fairy-Tale Tour Through the Castles of the Loire Valley

WoW Classic Season of Mastery to launch globally on Nov. 16

Biden just abandoned his pledge to American families by nixing paid leave. It's still a 'truly historic' agenda but leaves the US with 'so much left to do.'

Trump rips 'criminal' Zuckerberg over $400M he donated to 2020 causes