More than 1.3 million people will pay a high price for being their own bosses as their failure to build up their retirement savings could force them to carry on working for as long as they possibly can, a report claims. Too many will only have State Pension to fall back on, but that is one of the worst in the developed world.

The pandemic has been particularly hard on the self-employed, as more than half of those who work for themselves lost income as a result.

That is almost double the national average, according to the Scottish Widows Retirement Report.

The Government launched the Self-Employment Income Support Scheme (SEISS) to help self-employed workers, but many fell through the gaps as successful applicants needed to have worked for themselves for at least two years.

Up to three million self-employed workers got got no Covid-19 financial support whatsoever as a result, according to campaigning group Excluded UK. 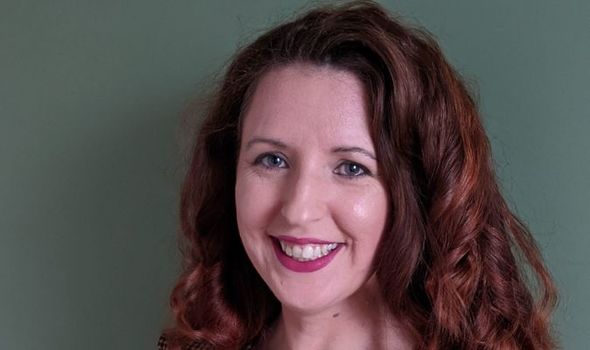 Incredibly, one in seven self-employed workers went more than six months without receiving any income at all.

One in three are saving nothing at all for their future, while a further third are saving less than they need to retire in comfort.

Pete Glancy, head of policy at Scottish Widows, said too many self-employed never get started with their savings. “Covid fallout has left many struggling to make ends meet, let alone save for their future.”

More than a quarter of self-employed workers are now considering returning to employed work because of the challenges they face, Glancy said.

Digital consultant JT Joseph, 37, worked through her own limited company for six years, contracting out her services around the world, until the pandemic struck.

She earned almost no income between June and October last year, as all her contacts were put on hold.

Worst, her savings had already been depleted because she took three months off work to recover from surgery in 2019.

JT, from Cambridge, started a new contract that November but the pandemic struck before she had rebuilt her savings. “I had no income but still needed to pay bills to maintain my business, such as accountancy costs and corporation tax.” 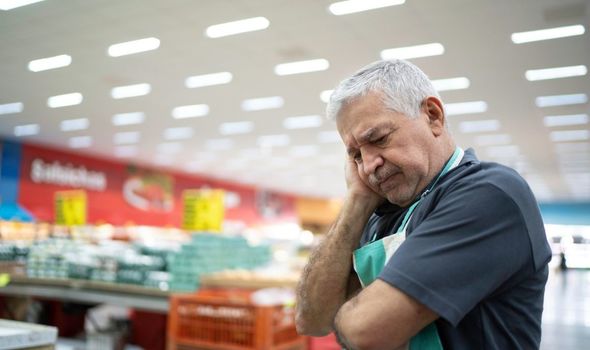 JT was ineligible for SEISS, being a company director, and also could not benefit from furlough or council Covid support schemes. “I took out a loan under the Bounce Back Loan Scheme, but now I’m paying this back too.”

With daily life and financial struggle it is too easy for the self-employed to put pension savings on the back burner.

The self-employed cannot access the workplace auto-enrolment scheme, which has granted company pensions to more than 10 million employees since 2012.

They must save under their own steam instead but too many are failing to put away any money at all.

Alan Thomas, UK chief executive at Simply Business, said fewer have been hit harder by the pandemic than the self-employed, with many livelihoods on the line.

He called on Chancellor Rishi Sunak to offer support. “For the UK to recover from the effects of the pandemic, we need small businesses to bounce back.”

Video: We're not responsible for the state of Richard E. Grant's fish and chips! Minister blasts complaining Withnail and I star after he posted video saying he felt 'punished' in £228-per-night UK quarantine hotel with 'grim food'

Video: Moment Prince William chokes back tears as he recalls how air ambulance dash to accident involving a boy close to George's age left him feeling 'like the whole world was dying' in extraordinarily candid podcast

Russell Martin admits exits are pivotal to Swansea City’s transfer business as the club bids to streamline its squad in January. The head coach is eager to add more creativity ... Read more »

Manchester United kept their first clean sheet at Old Trafford since April during the 1-0 win over Crystal Palace – but Victor Lindelof caught the eye with more than just ... Read more »

Red Bull boss Christian Horner has hit out at the “over-regulated” way that he believes Formula One is being run by the FIA after Max Verstappen picked up two penalties ... Read more »

Aston Villa got back to winning ways in the Premier League with a 2-1 win over Leicester City at Villa Park on Sunday afternoon. That means Steven Gerrard has now ... Read more »

The Kalayaaan Muncipal boat berthed in the newly constructed Pag-asa Island Sheltered Port. CHINO GASTON A measure seeking to declare the maritime zones under the jurisdiction of the Republic of ... Read more »

Max Verstappen has been found at fault for the collision with Lewis Hamilton on Lap 37 of the Saudi Arabian Grand Prix and handed a penalty – but not one ... Read more »

© Provided by Football League World League One – Hull City v Sunderland Sunderland host Morecambe on Tuesday night in League One aiming to get back to winning ways in ... Read more »

Jack Grealish reacts to a missed chance at Watford (2021 Manchester City FC) Manchester City enjoyed a near-perfect evening on Saturday with a 3-1 win which sent the champions back ... Read more »

5 Krishna's Teachings For The Millennials

Lord Krishna is the eighth avatar of Vishnu and is one of the most widely admired deities in Hinduism. Lord Krishna is a true spiritual guru as he has reformed ... Read more »

Ssumier S. Pasricha steps out of his comfort zone with 'Chandigarh Kare Aashiqui'

Aishwarya Rai Bachchan to play the protagonist in an International project as she signs her next film?

© Provided by Pinkvilla Aishwarya Rai Bachchan is one of the most gorgeous actresses of Bollywood. It is always a delight and a visual treat for her fans to watch ... Read more »

Defence policy is based on 'over-simplified' hype about cyber warfare, experts warn

Omicron Is Here. Should You Cancel Your Trip?

Travelers queue for check-in at La Guardia airport in New York, Nov. 21, 2021. (DeSean McClinton-Holland/The New York Times) To cancel or not to cancel. That is the question that ... Read more »

Dancing, dressing up and fighting over music: Prince William on life with George, Charlotte and Louis

Photo credit: Comic Relief – Getty Images Whenever images or footage have been released of the Duke and Duchess of Cambridge and their children, they tend to paint a picture ... Read more »

For once, there were a minimum of rookie mistakes from Zach Wilson, and Saleluhah to that. Because these are forever the Jets, or the Jets forever, or according to C.J. ... Read more »

Batasang Pambansa Complex Batasan The House of Representatives elected a new sergeant-at-arms of the chamber on Monday. During the plenary session, lawmakers accepted the resignation of Sergeant-at-Arms Mao Aplasca. GMA ... Read more »

THE CEO of a mortgage startup sacked 900 workers during a Zoom call just weeks before Christmas. Vishal Garg fired nine percent of Better.com's workforce – including the entire diversity, ... Read more »

Unvaccinated first-time mother, 25, who had an emergency C-section at 27 weeks after contracting Covid while pregnant says she was admitted to ICU within a WEEK of first falling ill with a 'runny nose'

Paige Bliss, 25, from Birmingham spent five days in intensive care after coronavirus put her in a critical condition as her foetus was taking her nutrients Beautician, who hadn't been vaccinated, underwent an emergency C-section in August but was unable to meet her newborn baby girl Miley until she recoveredManaged come home just in time for Christmas with her miracle baby - who is now 16-weeks Read more »

The Duke described how he was deeply affected by what he experienced in extraordinarily frank podcastIt is understood he was referring to car accident which left Bobby Hughes, aged five, brain damaged in 2017 Prince William: Time To Walk was recorded for Apple series in which celebrities share memories and songs   Read more »

Flaunting its curves! Porky bear waddles past camera with its belly almost touching the ground at Minnesota national park

We're not responsible for the state of Richard E. Grant's fish and chips! Minister blasts complaining Withnail and I star after he posted video saying he felt 'punished' in £228-per-night UK quarantine hotel with 'grim food'

Actor Richard E. Grant said he felt 'punished' after staying a quarantine hotel He stayed in Gatwick Holiday Inn, charged at £228 a night and served 'grim food' It came after the UK changed Covid travel rules in wake of the Omicron variant  But a minister today said it was not the government's job to improve hotel meals Kit Malthouse said: 'The government is responsible for a lot of things but not for the state of his fish and chips on a Friday night!' Read more »

© PA General view of Big Ben and the Houses of Parliament – PA Boris Johnson’s policing minister has admitted he would be “surprised” if people weren’t taking illegal substance ... Read more »

Strictly Come Dancing fans have accused AJ Odudu and her dance partner Kai Widdrington of cheating after they survived Sunday night’s dance off against Dan Walker and Nadiya Bychkova. The ... Read more »

Keira Knightley's ‘creepy' Love Actually fan interaction: ‘It was awkward and I was stuck'

Back in 2003, Keira Knightley shot to fame after starring in Bend It Like Beckham, Pirates of the Caribbean: The Curse of the Black Pearl and Love Actually. In the ... Read more »

© Hibernian’s Joelle Murray is relishing the growth of the Scottish women’s game. (Photo by Ross MacDo… Capped a total of 48 times by the Scotland national team, Joelle Murray ... Read more »

Congo Hold-Up: on the trail of Joseph Kabila's mystery company

A leak of millions of documents and transactions at BGFIBank reveals some of the activities of former President of Democratic Republic of Congo, Joseph Kabila. Nineteen media outlets and five ... Read more »

Exxon, Chevron, Shell and BP among group of 24 who resisted calls to increase production but doled out shareholder dividends The largest oil and gas companies made a combined $174bn ... Read more »

Our £1million kickstart to get youngsters ready for work

Unmasked students should not be excluded from school, department advises

From Silverstone to Saudi Arabia, this season's clashes in F1 title race

Omicron variant: New variant seems to be fast replacing Delta - how worried should we be?

'I am not an investigator!' Policing Minister Kit Malthouse clashes with BBC's Mishal Husain as he is grilled over Downing Street Christmas party row and insists he has been 'reassured all the regulations were complied with'