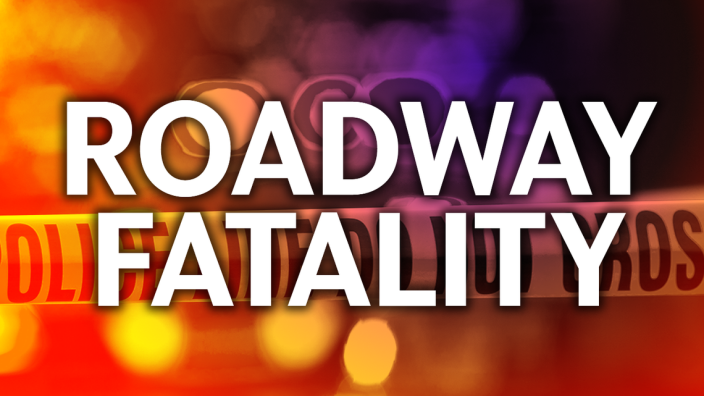 A woman was killed Monday afternoon in a Fresno County traffic collision, which Highway Patrol and Sheriff’s Office investigators said could be the result of a group of mail thieves fleeing a crime scene.

The crash happened about 1 p.m at the four-way controlled intersection at Elm and Manning Avenues.

According to the California Highway Patrol, a 64-year-old woman was at the stop sign in a Nissan Versa facing west on Manning. The woman had driven into the intersection when a Nissan Murano, headed north, failed to stop, the CHP stated.

The Murano crashed into the driver’s side of the Versa, causing major damage to both vehicles. The woman, who was not identified pending notification of family, was pronounced dead at the scene.

Three people in the Murano were suspected of trying to flee the area after stealing mail from a nearby mailbox, according to the Fresno County Sheriff’s Office.

The driver of the Murano, 30-year-old Bretney Gosvener, is facing charges of felony vehicular manslaughter, the CHP said.

Deputies said a passenger, Jason Wheeler, 41, was arrested on suspicion of resisting arrest. The third person was not arrested, but all three were being investigated in the mail theft, according to the Sheriff’s Office.

Schools Are Asking Parents to Work as Substitutes amid Teacher Shortage: 'It Is So Bad'

Predictions of disaster for Democrats aren't guarantees of midterm failure

US raises pressure on Russia, approving arms and accusing it of plot against Ukraine

I'm tired of men hitting on me at the gym so I want to hire a $3,000 BODYGUARD to work out in peace, model says

Solvay to collaborate with Trillium on bio-based acrylonitrile for carbon fiber applications Solvay and Trillium Renewable Chemicals have signed a letter of intent to develop the supply chain for bio-based ... Read more »

© Provided by NBC News The University of Southern California has unveiled new strict guidelines for Greek life on campus, including having security guards in hallways leading to bedrooms at ... Read more »

Kyle Wilensky, Bo Balogun and Haley Hey have joined Range Media Partners. Wilensky will serve as an Artist Manager and Vice President of Music Touring, Balogun will serve as a ... Read more »

Group Chat Stuck In A Rut? Here Are 7 Topics To Spice Things Up

© Provided by 21 Ninety There are few things better than having a good kiki with your best girlfriends. When cell phones introduced the ability to have more than one ... Read more »

Breaking Down Britney Spears’s Accusations Against Her Father

Britney Spears’s legal team, led by her attorney Mathew Rosengart, has meticulously filed every instance where the singer believed she had been taken advantage of financially during her 13-year-long conservatorship. ... Read more »

© Provided by Real Homes A tan leather sectional sofa in a contemporary living room Looking for a leather sofa? Whilst this isn’t going to be an option for the ... Read more »

Regan Gascoigne insists he has no advantage on Dancing On Ice – despite years as a pro dancer. The 25-year-old star is one of the favourites to take home the ... Read more »

'It's something I've been working on; off-the-ball work, the reading of a game'

OFTENTIMES, RUGBY WINGS are judged for their involvements on the ball – the tries they score, the linebreaks they make, the offloads they produce. But so much of the modern-day ... Read more »

LIVE – Updated at 20:13 Former President Donald Trump has defended his “perfect” phone call with Georgia officials regarding election fraud in the state. Earlier on Thursday, the Fulton County ... Read more »

Bob Saget's wife reveals final conversation they had before his death

© Provided by Indy 100 Kelly Rizzo fights back tears remembering ‘kind’ husband Bob Saget Kelly Rizzo has opened up about the last conversation she shared with her late husband, ... Read more »

Amanda Holden and Alesha Dixon made bold appearances in contrasting outfits as they attended the London auditions for the new series of Britain’s Got Talent on Thursday. Filming for season ... Read more »

The accomplishments and stalled priorities of Biden’s 1st year in office See more videos What to watch next Chris Cuomo testimony video that led to CNN firing released by New ... Read more »

Report: Bears set up interview with Morocco Brown for Monday

The Bears aren’t done with their search for a new General Manager. They have set up an interview for Monday with Colts college scouting director Morocco Brown, Ian Rapoport of ... Read more »

Ja Morant's brand is reaching new highs. What might that be worth to Memphis? | Giannotto

The line on the Google Trends graph for the term, “Ja Morant,” is so steep it looks like the side of a mountain range, the sort of curve that nobody ... Read more »

A strained supply chain has resulted in bare shelves and shortages at grocery stores across the country, but the ongoing problems are impacting more than just U.S. businesses. After one ... Read more »

Infantino focuses on welfare in player talks, not more WCups

Why Kim Kardashian Is “Intimidated” By Addison Rae In New KUWTK Sneak Peek See more videos What to watch next Prime Video's Lord of the Rings Series Finally Has a ... Read more »

Facebook posts claim pneumonia caused by Covid-19 is an allergic reaction that should be treated with antihistamines. But experts dismissed the claim, saying pneumonia associated with the disease is not ... Read more »

Nemesis: ‘It is crazy how much damage there is in [League] now compared to old seasons'

Major changes on the way for classrooms as new term begins

Students will be required to get weekly Rapid Antigen Tests and wear a face mask as major changes are set to be rolled out across the classroom.  States and territories ... Read more »

By Fergal Smith © Reuters/Mark Blinch FILE PHOTO: A Canadian dollar coin, commonly known as the “Loonie”, is pictured in this illustration picture taken in Toronto TORONTO (Reuters) – The ... Read more »

Many travellers have bemoaned having to wear a mask for an entire flight but it does reduce the chance of spreading Covid, a study has confirmed. Chinese experts simulated how droplets ... Read more »

© Provided by The South African Whether you have you’ve set a resolution to lose weight or simply want to start living and eating healthier, it helps to get professional ... Read more »

© Jim Watson—AFP/Getty Images President Joe Biden holds a pen as he prepares to sign a series of orders in the Oval Office of the White House in Washington, after ... Read more »

Javon “Wanna” Walton is a young actor and amateur boxer brimming with potential. Just check out his Instagram for some of his intense training sessions and fights. But he’s much ... Read more »

Erin Napier is opening up about her mental health struggles. On Wednesday, the star of HGTV Canada‘s “Home Town” shared a lengthy post on Instagram looking back on her health ... Read more »

© Provided by GamePur Forza Horizon 5 has many different environments, ranging from volcano peaks, to deep jungles, to even the desert dunes that can be found in Mexico. One ... Read more »

'It's over': months of protests force Serbian government to scrap planned lithium mine

Biden needs to fix his presidency not for legacy, but for the sake of a desperate nation

Steve Spagnuolo: Up to Andy Reid if Willie Gay plays

No criminal charges in death of Kansas teen in police custody

Ryan Gemser on rescuing 40 cows by Sea-Doo during the B.C. floods