The United States is grappling with systemic racism is everything from health care to the job market, and sadly even our littlest citizens are affected by discrimination and unfair treatment. Schools have come under scrutiny for everything from racially biased dress codes and policies on “appropriate” hairstyles. Earlier this year, one 7-year-old biracial girl in Michigan even had her hair cut by a school employee without her parents’ permission — and now her dad is fighting back to ensure that a situation like this never happens again.

“Jurnee’s Library Teacher, Ms. Mogg had cut off her remaining hair with the assistance and/or acquiescence of Ms. Jacobs,” the suit states, according to reporting on MLive.com. This was done without permission from Jurnee or her parents, according to the suit. “The Defendants failed to properly train, monitor, direct, discipline, and supervise their employees, and knew or should have known that the employees would engage in the complained of behavior given the improper training, customs, procedures, and policies, and the lack of discipline that existed for employees.”

As SheKnows reported earlier this year, on March 2021, 7-year-old Jurnee came home from school with a haircut to her dark blond curls. According to the Associated Press, Jimmy Hoffmeyer said that his daughter got off of her school bus with the hair on one side of her head noticeably shorter than the other side. According to Jurnee, who is biracial, a white student on the bus had taken a pair of scissors to the girl’s hair on their way home from school.

After the incident on the bus, Hoffmeyer complained to the school about what had happened to his daughter’s hair. He even took her to the salon to have her hair restyled to make the impromptu cut into a more intentional asymmetrical cut. But just two days later Jurnee came home with even more of her hair cut off.

“She was crying,” Hoffmeyer told the AP. “She was afraid of getting in trouble for getting her hair cut.” Turns out, this time it wasn’t even a student but a white employee who cut her hair this time. According to an April district letter addressed to families, “On Tuesday, March 23, a Ganiard Elementary student asked her friend who is also an elementary student to cut her hair at school. The friend removed scissors from a classroom without permission and cut a portion of the student’s hair while riding home on a public transportation bus. The next school day, the principal met with both students to discuss the incident. The student grew unhappy and dissatisfied with the way her hair looked after the other student cut it and asked a school library employee to help fix her hair during a classroom visit to the library.”

At the time, District Superintendent Jennifer Verleger confirmed the events Hoffmeyer laid out, and released a statement about the educators involved in the incident. “Regardless of their good intentions, these actions were unacceptable and show a lack of judgment on the part of our two employees,” Verleger said in her statement. ”Both are being reviewed for further disciplinary actions in accordance without school policies and procedures.”

In July, according to NBC News, the Mount Pleasant Public Schools Board of Education said the staffer who cut Jurnee’s hair was reprimanded and an independent third-party investigation determined that despite “good intentions” of the worker who cut the girl’s hair, doing so without permission from her parents and without the knowledge of district administrators violated school policy. Two other employees were aware of the incident but didn’t report it. All three employees have apologized, the board said.

The school board said the independent investigation found no racial bias and included interviews with district personnel, students and families and a review of video and photos, including posts on social media. District administrators also performed an internal review of the incident.

In a statement provided to SheKnows and other media outlets in response to the newly filed lawsuit, Mount Pleasant Public Schools Board of Education president Amy Bond said:

“The district has been made aware of recent media reports of a lawsuit that Jimmy Hoffmeyer has filed on behalf of his daughter. At this time, the district has not received service of the Complaint. We are confident that the facts will prevail given our district’s appropriate and aggressive response to the incident and the findings of the third-party investigation that was conducted. We will aggressively defend against these baseless allegations in court and will not allow this to distract us from our mission to provide every child a world-class education that prepares them for college and careers. Given the fact that this matter is now pending in the federal court, we will refrain from any further comment about this matter on the advice of our legal counsel.”

SheKnows has reached out to Mr. Hoffmeyer and his attorney Shawndrica N. Simmons for comment, but had not received a response at the time of publication. This story will be updated with new information if it becomes available.

These other famous parents share how they talk to their kids about racism. 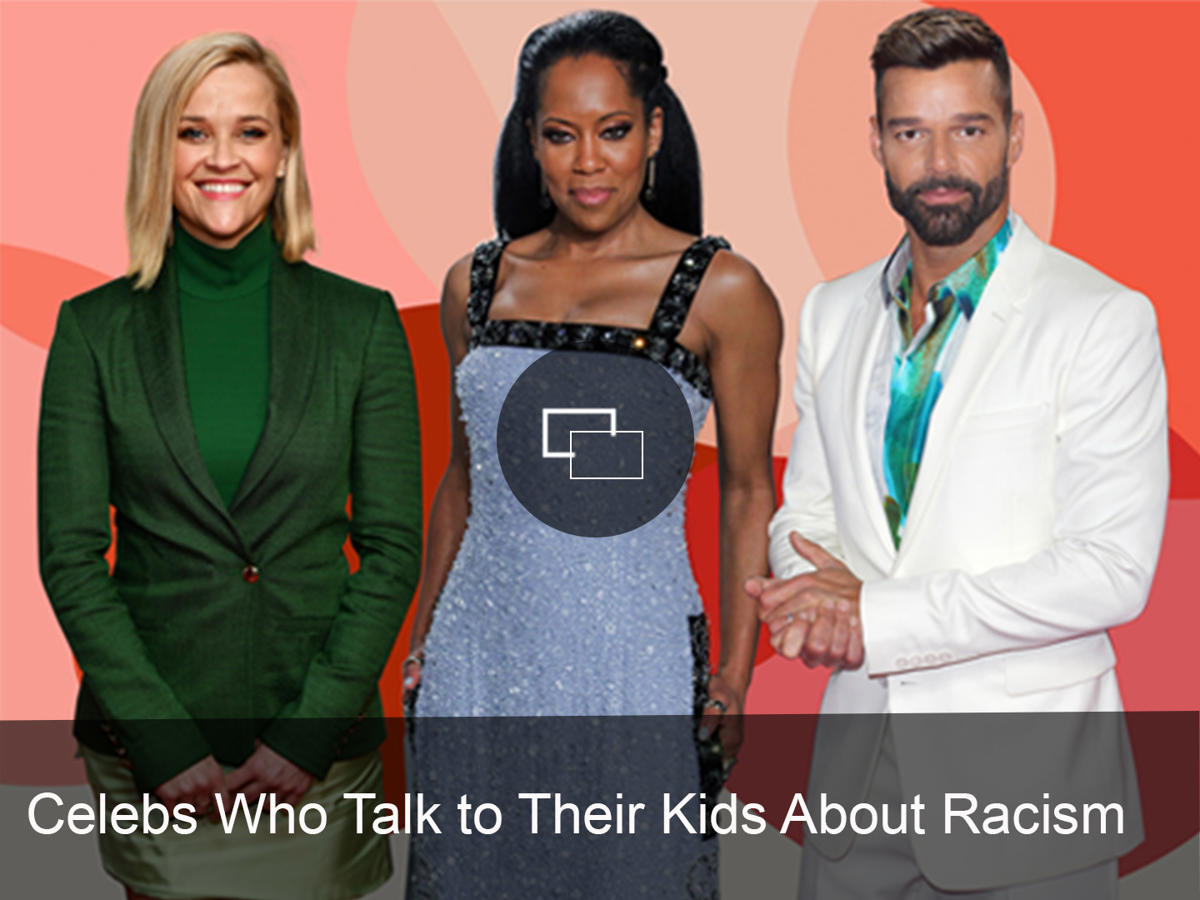 U.S. Expands Investigation Into Banks That Discriminate in Lending

© J. Scott Applewhite/AP Photo The U.S. is expanding a cross-government investigation to crack down on redlining, a practice in which banks discriminate against certain racial minorities or neighborhoods by ... Read more »

On Nov. 1, no GM plants will be closed due to chip shortage

© Provided by Associated Press The Chevrolet Silverados and GMC Sierra pickups built at Flint Assembly are packed on Sept. 21, 2021. For the first time in eight months, the ... Read more »

Everything you need to know about Seattle's World Cup bid

FIFA is currently in the process of finalizing venue selection for the 2026 World Cup, which will be played in the United States, Canada and Mexico. As you surely know, ... Read more »

You don’t have to wait until Black Friday to score deals on kitchen and home goods, warm weather apparel, and more. For a limited time at Macy’s right now, you ... Read more »

Viber invites you to a Cebuano Food Feast with Let's Eat Bai!

Viber, one of the world’s leading free messaging apps, invites Cebuanos to celebrate Cebu’s culinary specialties and other food delights through a first-of-its-kind partnership with food and delivery platform Let’s ... Read more »

© Provided by Dot Esports EA Sports added an 88-rated Road to the Knockouts (RTTK) version of Bernardo Silva from Manchester City to FIFA 22 today. This item is available through the ... Read more »

© Provided by Dot Esports Pokémon Go is running a mini tie-in with the launch of Pokémon Brilliant Diamond and Shining Pearl on the horizon featuring the Sinnoh native Shinx ... Read more »

A California teacher has been placed on leave after a video was recorded and posted online showing her mimicking a Native American dance in class. © Provided by People Akalei ... Read more »

Nowadays, it’s essential to celebrate how talented artists find ways to collaborate and give us chill vibes. TJ Monterde proudly announces the release of his newest project with the label ... Read more »

© PHILIPPE DESMAZES Under fire:Saint-Etienne and Angers players swathed in smoke as kick off was delayed in their Ligue 1 game The kick off in the Ligue 1 match between ... Read more »

© screenshot Saksi Baby for sale online post Davao City An investigation is underway on the online post of a mother selling her baby, according to a report on “Saksi” ... Read more »

ASU Soccer: No. 14 Stanford shuts out the Sun Devils

On October 15, musician and composers Ebe Dancel, Ryan Cayabyab, and Noel Cabangon shared their thoughts on The First AmiananPop Songwriting Festival and its value to Pinoy Music. During the ... Read more »

Bruno Fernandes a Doubt for Sunday

© Photo by Sportinfoto/DeFodi Images via Getty Images Don’t look now but Max Allegri might have about as full of a squad as he’s had since coming back to Turin ... Read more »

Everton's Watford Tactical Preview - False 9 could be the key

© Photo by Catherine Ivill/Getty Images Everton look to bounce back from a poor display at home to West Ham United with the visit of Claudio Ranieri’s Watford. The Hornets ... Read more »

How to use handprint panels in Poppy Playtime

© Provided by GamePur There are several panels with glowing hands in the abandoned toy factory in Poppy Playtime. These panels are typically preventing doors from opening up, forcing you ... Read more »

How did Barbie Forteza greatly help with the marketing strategy of Jak Roberto's new show?

© KARIM JAAFAR Exterior view of the Al-Thumama Stadium Qatar inaugurated the fifth stadium that will host World Cup games in 2022 with a domestic cup tie on Friday watched ... Read more »

As far as collapses go, last week qualifies. Aston Villa were beating Wolves by a score of 2-0 and then the bottom fell out with a final score of 3-2. ... Read more »

© Soobum Im-USA TODAY Sports Welcome back to the post-slab pint where I break down the good and the bad (pint in hand) from the previous Portland Timbers game or, ... Read more »

No Cebu meeting yet between Sara Duterte and Marcos Jr.

How to add and change attachments in Battlefield 2042

© Provided by Dot Esports Having the ability to adapt on the fly is key to any gunfight. That’s where Battlefield 2042’s new Plus System comes into play.  No matter ... Read more »

SOAZ looking to make comeback as player for an LCS, LEC, or LFL team in 2022

© Provided by Dot Esports After a whole year away from competitive stage play in League of Legends, veteran European top laner sOAZ is making a return. The 27-year old ... Read more »

Candle advent calendars are huge for 2021: From Yankee Candle to Diptyque

© Provided by Hello! Candle-advent-calendars While chocolate is without a doubt the most popular Christmas countdown, we think a candle advent calendar is the perfect treat to make your home ... Read more »

Steven Bertolino, the attorney representing Brian Laundrie and his parents, sat down with NBC News on Thursday, just hours after learning that the skull fragments found in the Myakkahatchee Creek ... Read more »

Caroline Weir: “All of the new signings have been great.”

© Photo by Joe Prior/Visionhaus Caroline Weir opened up about the team and new signing recently in an interview and had a lot of interesting comments. Ranging from Hayley Raso’s ... Read more »

Philippines gets over 1 million doses of government-procured Pfizer vaccine

© Provided by GamePur Xbox Game Studios is a large collection of developers creating games for Xbox consoles and PC, and it looks like another team could be working in ... Read more »

© Provided by GamePur Briefly teased yesterday during the Pokémon Go developer diary, Shinx has been officially announced as the November Community Day Pokémon. Players will capture Shinx in the ... Read more »

© Provided by Evoke.ie Millionaire property developer Robert Durst has been formally charged with the murder of his former wife Kathie who mysteriously vanished in 1982 and whose body has ... Read more »

© The Manila Times The Acpaci team at the Tahanan Mapagpala Immaculada ConcepcionFoundation Inc. Home for the Elderly AMONG the most vulnerable individuals during this time of the pandemic are ... Read more »

Preview: The 401 Derby returns to BMO Field for the first time in over a year