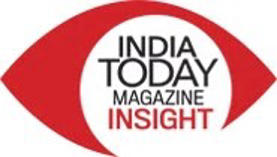 © Provided by India Today It is by now more or less certain that Rahul Gandhi will be Congress president again. He is set to replace his mother Sonia Gandhi, who had taken charge as interim party head since taking over in August 2019, for the post. But the process is likely to take another year, and is expected to be completed by September 2022.

A Congress Working Committee (CWC) meeting in New Delhi on October 16 was unanimous in its demand for Rahul Gandhi to lead the party again. The Congress scion had led the party from December 2017 to May 2019, when he stepped down in the aftermath of the Lok Sabha election debacle. It’s unlikely that a non-Gandhi leader will offer their candidature in the upcoming party election unless the Gandhi family categorically stays away from the process. The election of the national president thus remains a formality.

During the October 16 CWC meeting, party organisational general secretary K.C. Venugopal released the schedule of the long-pending organisational election. The party had finalised a roadmap for electing a regular president by June 30, 2021. However, the second wave of Covid-19 forced the CWC to extend this deadline indefinitely in a meeting held on May 10, 2021. The process will now begin on November 1, 2021, with the enrolment of members for the organisational election and culminate in September 2022 with the election of the national president and members of the CWC. If this exercise is executed as planned, this could dramatically alter the organisational structure of the party.

More importantly, this is exactly what the Group of 23 leaders had demanded in their letter written to Congress president Sonia Gandhi in August 2020. Popularly known as the G23, it included party stalwarts such as Ghulam Nabi Azad, Anand Sharma, Kapil Sibal, Manish Tewari, Shashi Tharoor and Bhupinder Singh Hooda. They sought an organisational overhaul of the party, including elections, right from the block level to the post of national president and CWC members. According to the organisational poll schedule released by Venugopal, elections will be conducted at every level—block, district, state Congress committees and All India Congress Committee (AICC). It means that these new members will also elect new presidents in the blocks, districts, states and at the national level.

Does this mean that the Congress has finally woken up to the challenges it has been facing across the country, namely, a weakening organisational structure, poor or invisible leadership from grassroots to the top and inertia in decision-making? There is no straight answer to the question. On paper, this certainly looks like the much-needed and most desirable roadmap.

But as we have seen in the past, Congress organisational elections are prone to manipulation by leaders with money and muscle power. Rahul Gandhi had introduced elections to the Youth Congress to infuse new blood and meritocracy in the youth wing of the party. But there were several instances when candidates with deep pockets were found wield undue influence in the elections.

So, the impact of these elections will depend on how clean the entire exercise remains and if the party’s election authority can ensure that the deserving and efficient candidates get opportunities to showcase their talent and be a part of the decision-making process within the framework of the party. This is easier said than done in a party that has often shown great resistance to any structural changes.

However, going by the discourse in the CWC meeting, there are several subtle hints that the party high command, particularly the Gandhi family, is aiming for some big-ticket changes in terms of leadership in the states as well as in the AICC. President Sonia Gandhi was quite assertive when she said that she was a full-time hands-on Congress president and there was no need to speak to her through the media. This was a direct dig at the G23 leaders as some of them had released their letter to the media.

But, more importantly, Sonia Gandhi had a word of appreciation for the younger members of the party, an indication perhaps to the veterans that it was time to pave the way for the new generation. “In the past two years, a large number of our colleagues, particularly the younger ones, have taken on leadership roles in taking party policies and programmes to the people–whether it be the agitation of farmers, provision of relief during the pandemic, highlighting issues of concern to the youth and women, atrocities on Dalits, Adivasis and minorities, price rise and the destruction of the public sector,” said Sonia. This is in sync with the narrative Rahul Gandhi has maintained since he relinquished the post of Congress president in 2019. He openly said that he had been alone in the battle against the BJP and Prime Minister Narendra Modi even as several veterans remained busy promoting their wards.

Since then, he has nurtured and promoted leaders who have shown a zest for working on the ground and the courage to directly attack Modi. If Rahul Gandhi manages to rid the organisational elections of the influence of the veterans, there could be a completely new-look Congress team in place in every state. However, as history shows, outwitting Congress veterans and the ecosystem is easier said than done, though not impossible.

Mi-17V-5 military chopper crashes: All you need to know about Russia-made helicopter

© Provided by HoopsHype Lillard wants a two-year, $107 million extension in July, and he and his agent need the next general manager to sell ownership on the idea. As ... Read more »

Ousted Myanmar leader Aung San Suu Kyi has been sentenced to two years in prison over breaches of the country’s COVID restrictions in the first of a number of trials, ... Read more »

Park Ji-sung is not in the least bit surprised that Cristiano Ronaldo is still producing “amazing” performances for Manchester United at the age of 36. The pair were team-mates at ... Read more »

© Provided by The Times of India NEW DELHI: Hyundai India is lining up over Rs 4,000 crore in investments in the electric vehicles space as the company will drive ... Read more »

An Indian Air Force helicopter crashed Wednesday in the southern state of Tamil Nadu with Chief of Defense Staff, Gen. Bipin Rawat on board, according to the Indian Air Force ... Read more »

© Provided by CNBCTV18 In a positive development for young jobseekers, banks and non-banking financial companies are expected to hire more than 70,000 freshers in India in the next three ... Read more »

The best Christmas markets in London 2021, from Southbank Centre to Selfridges

There’s no need to make a beeline for Bavaria if you want to experience a Christmas market this winter, because London has plenty. Here, we’ve rounded up the places to ... Read more »

On Sunday, over 60 rare Mercedes-Benz cars took part in the annual Mercedes-Benz Classic Car Rally (MBCCR) in the city. At the rally which was flagged off by Urban Development ... Read more »

© Provided by Hindustan Times Jasprit Bumrah (L) with Virat Kohli during the England tour. (Action Images via Reuters) Team India will embark on a three-Test and ODI tour of ... Read more »

Parents of 97th Hillsborough victim speak of their pride

The parents of the 97th Hillsborough victim have spoken of their pride as he is due to be awarded the Freedom of Liverpool. Andrew Devine, 55, died in July, more ... Read more »

IAF chopper crash in Coonoor: Who all were on board the helicopter

IAF chopper crash in Coonoor: Who all were on board the helicopter An Indian Air Force helicopter, with Chief of Staff of the Army General Bipin Rawat on board, crashed ... Read more »

'My soul is broken' because of Ghislaine Maxwell, accuser testifies

1 / 3’My soul is broken’ because of Ghislaine Maxwell, accuser testifiesGhislaine Maxwell trial in New York By Luc Cohen NEW YORK (Reuters) -A woman whose accusations underlie the criminal ... Read more »

R Ashwin India’s Ravichandran Ashwin climbed to No. 3 on the all-rounder’s charts in ICC Test Rankings after his series-winning performance against New Zealand in the recently-concluded 2-match series. Ashwin ... Read more »

ASDA workers could be set to strike over a pay spat with the supermarket as thousands of Tesco staff plan to walk out in the run-up to Christmas. Distribution staff ... Read more »

Usually the state pension rises annually under the triple lock mechanism. This means an increase each year by whichever is the highest out of 2.5 percent, average percentage growth in ... Read more »

What if 'Mahabharata' Characters Had Twitter? Epic Scenes Imagined by Desis

© Provided by News18 What if ‘Mahabharata’ Characters Had Twitter? Epic Scenes Imagined by Desis It’s 2021 and most of our personal ‘Mahabharata’ can be seen unfolding on Twitter’s emotional ... Read more »

Sunny Leone's husband Daniel Weber hoists her on his shoulders as she decks up Christmas tree in new home. See photo

© Provided by Hindustan Times Sunny Leone and Daniel Weber have already begun their Christmas preparations. With Christmas just a few days away, Sunny Leone is getting into the festive ... Read more »

England 147 (Buttler 39, Cummins 5-38) vs Australia The Ashes’ past have been defined by the first ball of the series at the Gabba. Think Michael Slater clattering Phil DeFreitas ... Read more »

© PA Night Tube preview Sadiq Khan and TfL must reopen the Night Tube in full “as soon as is feasibly possible” to ensure that London’s night-time economy recovers from ... Read more »

© Provided by News18 All eyes were set on Ankita Lokhande’s wedding with her boyfriend but the actress has been admitted to a hospital ahead of her big day, as ... Read more »

© AFP via Getty Images FILES-AUSTRALIA-CHINA-OLY-2022-US-DIPLOMACY Australia will join the US in a diplomatic boycott of the Winter Olympics in Beijing over China’s human rights abuses. Prime Minister Scott Morrison ... Read more »

© Provided by Hello! jennifer-aniston-justin-theroux-reunited Jennifer Aniston‘s fans have been left “screaming” with joy after the actress was pictured with ex-husband Justin Theroux during a table read of 80s sitcom, Facts ... Read more »

© Bang Showbiz Motsi Mabuse The ‘Strictly Come Dancing’ wrap party has been cancelled due to COVID fears. Bosses of the Latin and ballroom show are said to have pulled ... Read more »

© Patricia Hou IPO frenzy on D St: One issue a week since 2020 can’t beat three a day in ‘roaring 90s’ The Indian market seems to have gone into ... Read more »

© PA Wire New variety of potato A hybrid potato named after the cartoon fish in Finding Nemo could save on roasting time on Christmas Day, according to an expert ... Read more »

It was a night of mixed emotions for former Liverpool striker Luis Suarez. Unlike the Reds, his Atletico Madrid side went into the final round of Champions League group games ... Read more »

© Provided by Football League World krystian bielik Derby County are hoping to welcome Krystian Bielik back to Championship action in January, as per a report from Derbyshire Live. The report ... Read more »

© Provided by dw.com A tiny twist: Olaf Scholz will be omitting ‘…so help me God’ from his oath When Olaf Scholz takes his oath of office on Wednesday as ... Read more »

Tejashwi Yadav, Lalu Prasad Yadav's son, set to get engaged in Delhi; Who is the bride-to-be?

Pakistan four wickets away from win after Mushfiqur run-out