After what has felt like a lengthy wait, Dune has finally arrived in US theaters. And, based on its box office performance, it seems that the delay was worth it.

Despite the sci-fi epic’s simultaneous release on HBO Max, fans appear to have opted to see Dune on the big screen. Per Variety, Dune took $40.1 million in its first weekend at the North American box office – numbers that make it Warner Bros’ best performing day-and-date movie of the pandemic era. That record had previously been held by Godzilla vs Kong, which amassed $31 million back in March.

Dune’s worldwide box office haul now stands at $221 million and, coupled with its positive critical reception, should mean that a sequel is greenlit. After all, Dune only covers the first half of Frank Herbert’s seminal sci-fi novel, so a follow-up is needed to complete its story. So, is Dune Part 2 a mere formality at this stage? Or is its future still up in the air?

At present, it seems that it’s only a matter of time before Dune Part 2 is given the go ahead.

Speaking to Variety after Dune’s North American box office numbers were revealed, Warner Bros’ President of Domestic Distribution Jeff Goldstein said: “I’m smiling. Exhibitors are thrilled. The best part is, fans are loving what they’re seeing. They’re loving the big-screen experience. It’s been a winner of a weekend for movie-lovers.”

In a separate Deadline interview, WarnerMedia Studios Network Chair and CEO Ann Sarnoff teased: “Will we have a sequel to Dune? If you watch the movie you see how it ends. I think you pretty much know the answer to that.”

Those comments, on top of Dune’s ticket sales, suggest that a sequel will be on the way.

Realistically, there’s only one more Warner Bros. movie that could surpass Dune’s box office performance in 2021, and that’s The Matrix: Resurrections. Given the hype and nostalgia that surrounds the fourth Matrix movie, it’s likely that its monetary takings will eclipse those of Dune.

Still, Dune has done well to achieve the box office success it has. With Covid-19 cases on the rise in various US states, many fans may have elected to stay at home and watch it on HBO Max instead.

It’s unclear how many people did watch Dune in the comfort of their home – Warner Bros. isn’t likely to release its HBO Max viewership data just yet – so, right now, Dune’s theatrical performance is all we have to go on. And, given that it’s the 13th best performing movie of 2021 (per Box Office Mojo) currently, it appears that fans mostly chose to watch it in theaters than on HBO Max. 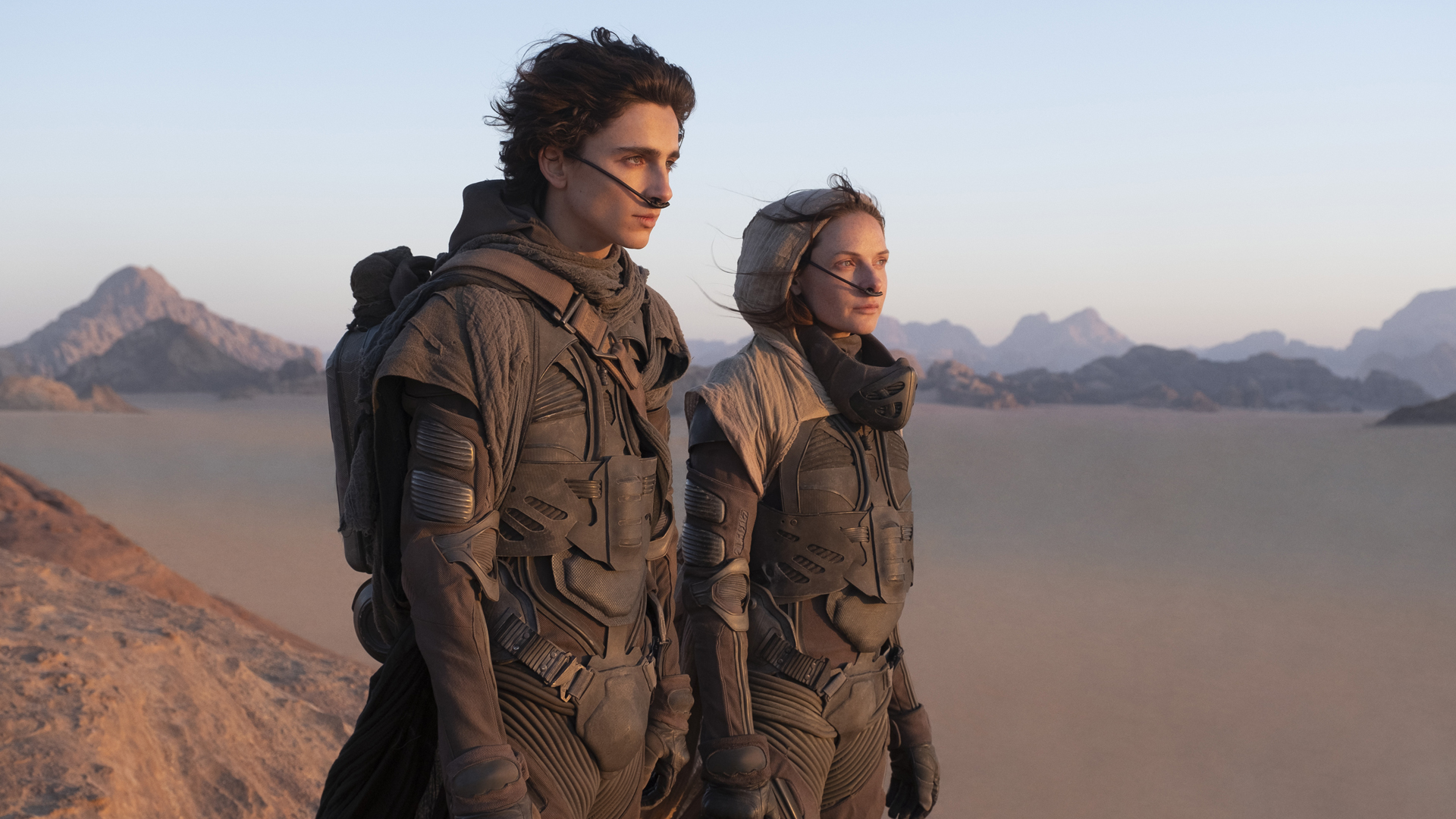 While Dune Part 2 may be more likely, it isn’t guaranteed that a sequel will be greenlit.

With a production budget of $165 million, Dune (on the surface) looks like it’s already made a tidy profit for Warner Bros. and Legendary Pictures. That’s before you factor in the film’s marketing costs, however, which are sure to be substantial. Of course, Dune will rely on merchandise sales and new HBO Max subscribers to boost its coffers. But those will pale in comparison to its box office takings, which is the primary income for any film studio.

So it’s likely Warner Bros. will want to see a return on their investment before they inject another potential $165 million to $200 million into a sequel. And, with Dune requiring another $80 million to break the $300 million barrier at the global box office, there’s no guarantee that it’ll do so. 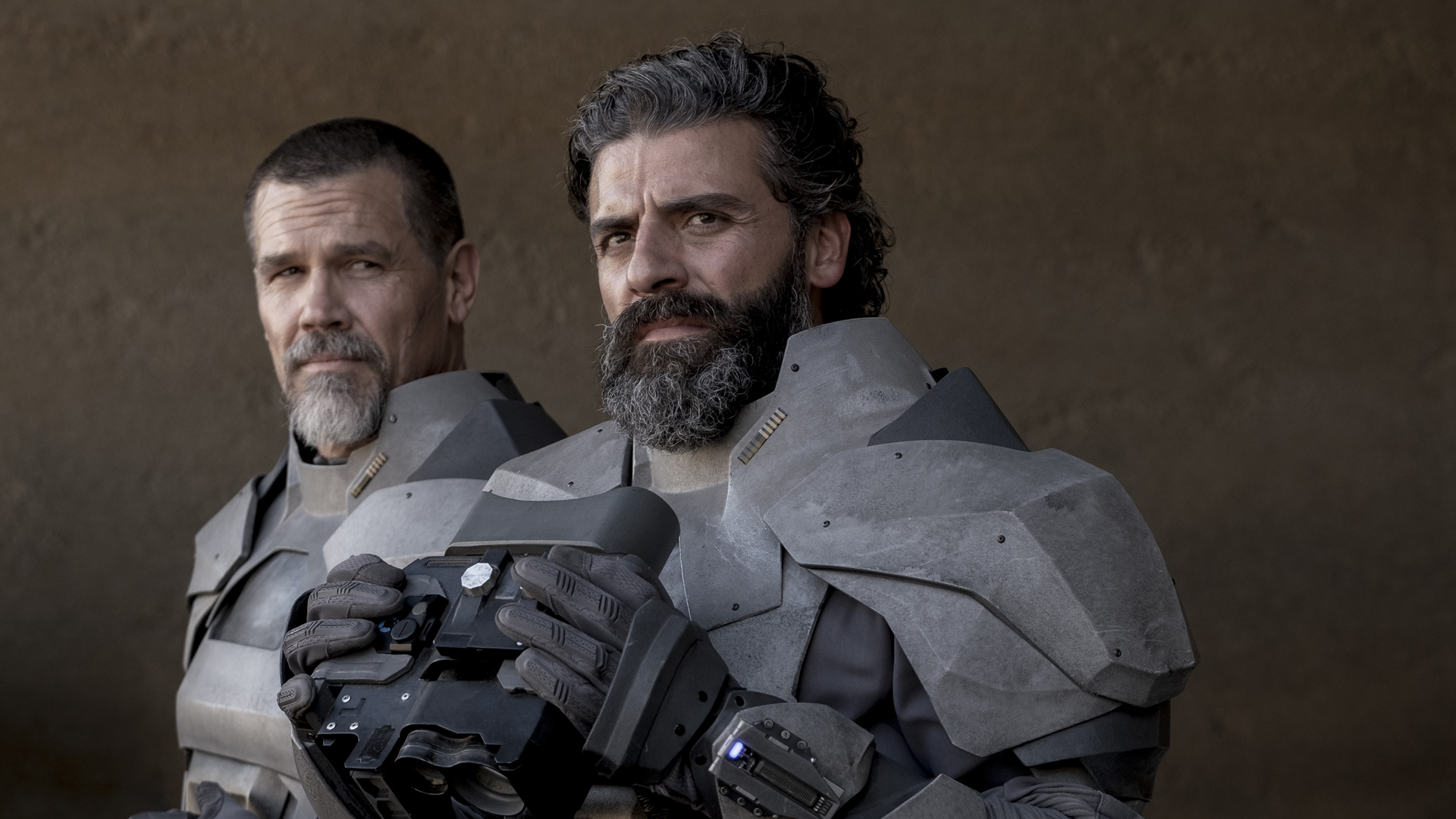 Then there’s the prospect of Warner Bros. expanding the Dune universe through the TV show format on HBO Max.

An upcoming spin-off series – Dune: The Sisterhood – is currently in development for Warner Bros’ streaming service. Focusing on the powerful all-female organization known as the Bene Gesserit, The Sisterhood will serve as a prequel to Dune and show whether there’s audience appetite for further tales in the Dune universe.

If Warner Bros. ends up being on the fence about greenlighting Dune Part 2, Dune: The Sisterhood’s performance on HBO Max could help the studio to decide whether fans want Dune Part 2 or not. If The Sisterhood’s viewing figures aren’t great, it may be that audiences weren’t entirely enthused with Dune or its TV show spin-off. So a Dune sequel could be met with a lukewarm response.

Still, Dune: The Sisterhood is only in early development. If Warner Bros. holds off on giving the greenlight to Dune Part 2 to see how The Sisterhood is received, it won’t be able to take advantage of current audience interest in the Dune series. It’s likely in the studio’s best interests, then, to make an earlier decision.

Does Dune’s box office performance justify a possible sequel? In our view, yes, especially considering the HBO Max factor. Its positive critical response and ticket sales are proof that audiences want a second Dune movie. And, given the comments made by Warner Bros’ executives, the studio knows it, too.

Warner Bros. has taken a monetary hit with some of its other 2021 releases – In The Heights and The Suicide Squad, for example. But hopefully Dune has performed well enough to get that sequel.

Truthfully, we wouldn’t be surprised if Dune Part 2 is confirmed within the next week or two. Audiences have show that they want more productions set in this universe and Warner Bros. have spoken openly about wanting to make that happen. It’s surely just a matter of time, now.

Amazon's Audible is giving over 100 free audiobooks on Alexa

Photo credit: N.Tho.Duc / Unsplash The latest leak about the Galaxy S21 FE has, ironically, come from Samsung. The company appeared to have accidentally posted the upcoming mid-range phone’s promotional image after its ... Read more »

Voice messages are, by their very nature, an audio experience – but this is something that WhatsApp is looking to change. When you receive a voice message form a contact ... Read more »

The best noise-cancelling earbuds you can buy in 2021 have been giving a stellar discount in the US and the UK, plummeting to the lowest prices we’ve ever seen. The ... Read more »

Vivo’s sub-brand iQoo may soon launch iQoo Neo 6 phone. The handset has allegedly appeared on Google Play Console, revealing its key specifications. As per the listing, the smartphone may ... Read more »

Japan’s Nikkei share average ended lower on Monday, dragged down by a sharp decline in SoftBank Group, but optimism that the Omicron variant might not have as much impact on ... Read more »

Digital mapping company MapMyIndia, which powers Apple maps, has fixed a price band of Rs 1,000-1,033 a share for its Rs 1,040-crore initial share-sale, which will open on December 9.The ... Read more »

With the average adult spending a day on smartphone apps in 2020, our reliance on technology has evolved even more than we might have thought possible. From ordering food to ... Read more »

SEOUL, Dec. 6 (Yonhap) — Ismedia Co.on Monday announced that it will sell stocks to raise capital. According to a regulatory filing, the company will issue 53,212 common shares at ... Read more »

Apple is reportedly planning to launch three iPad models with updated design in 2022. According to a newsletter by Bloomberg’s Mark Gurman, the tech giant will launch an entry-level ‌iPad‌, ... Read more »

The best DTP software makes it simple and easy to design and develop material ready for printing and publishing. This is importance, because desktop publishing (DTP) has come a long ... Read more »

Photo credit: Daniel Korpai / Unsplash There may be three distinct models of Apple Watch launching in 2022. Aside from the standard Apple Watch Series 8, the company is reportedly planning to refresh ... Read more »

NEW DELHI: Oppo introduced ColorOS 12 based on Android 12. At the time of the launch, the smartphone maker also revealed the list of smartphones that will get the Android ... Read more »

NEW DELHI: Motorola recently launched the Moto g31 smartphone in India. The company is now all set to launch another G-series smartphone in the country. Lenovo-owned smartphone maker has confirmed ... Read more »

Google is celebrating one of the world’s most popular dishes—pizza with an interactive doodle on its homepage. The day represents 14 years since the Neapolitan ‘Pizzaiuolo’ was inscribed on a ... Read more »

A train information screen at Yeouido Station on Dec. 3. (Yonhap)Seoul Subway Stories bring you interesting and informative stories about the subway in and around Seoul Carrying millions of commuters ... Read more »

A worker walks in the office of Kakao’s headquarters in Seongnam, Gyeonggi Province, in this 2014 file photo. Korea Times file By Kim Jae-heun Kakao Group is considering acquiring a ... Read more »

All of us have dumb ideas, and our friends might indulge us by giving us a few bucks to fulfill them. But a billion dollars? Well, perhaps —if you’re Donald ... Read more »

WhatsApp has reportedly started to roll out new voice notes layout to a few users. According to a report on WABetaInfo, the Facebook owned platform has been working on the ... Read more »

Oppo may launch its first foldable phone this month

NEW DELHI: The internet is abuzz with rumours of Oppo’s first foldable smartphone. Although the company has not officially confirmed any plans about the device, tipsters have revealed several details ... Read more »

PlayStation 5 and DualSense controllers | Photo credit: Ben Iwara on Unsplash Sony is reportedly planning to introduce a video game subscription service that would rival Xbox Game Pass. However, it would also ... Read more »

A solar eclipse happens when the moon moves between the sun and Earth, casting a shadow on the planet. Read more »

1 in 2 corporate executives in Korea under age 51: data

(Yonhap)Almost one in two corporate executives of South Korea’s top conglomerates and listed companies were under 51, either Generation X or Millennials, industry data showed Monday. Of 7,438 executives in ... Read more »

Chromecast with Google TV's best feature is being delayed

Most of India's USD 1.1 trillion growth in next 11-year can come from yet to be invented digital businesses: Report

Why celebrate pizza? Google Doodle shares the cultural heritage of pizza around the world

If Apple's next watch is built for extreme sports, it'll need an extreme redesign

iRobot Roomba i3 Plus review