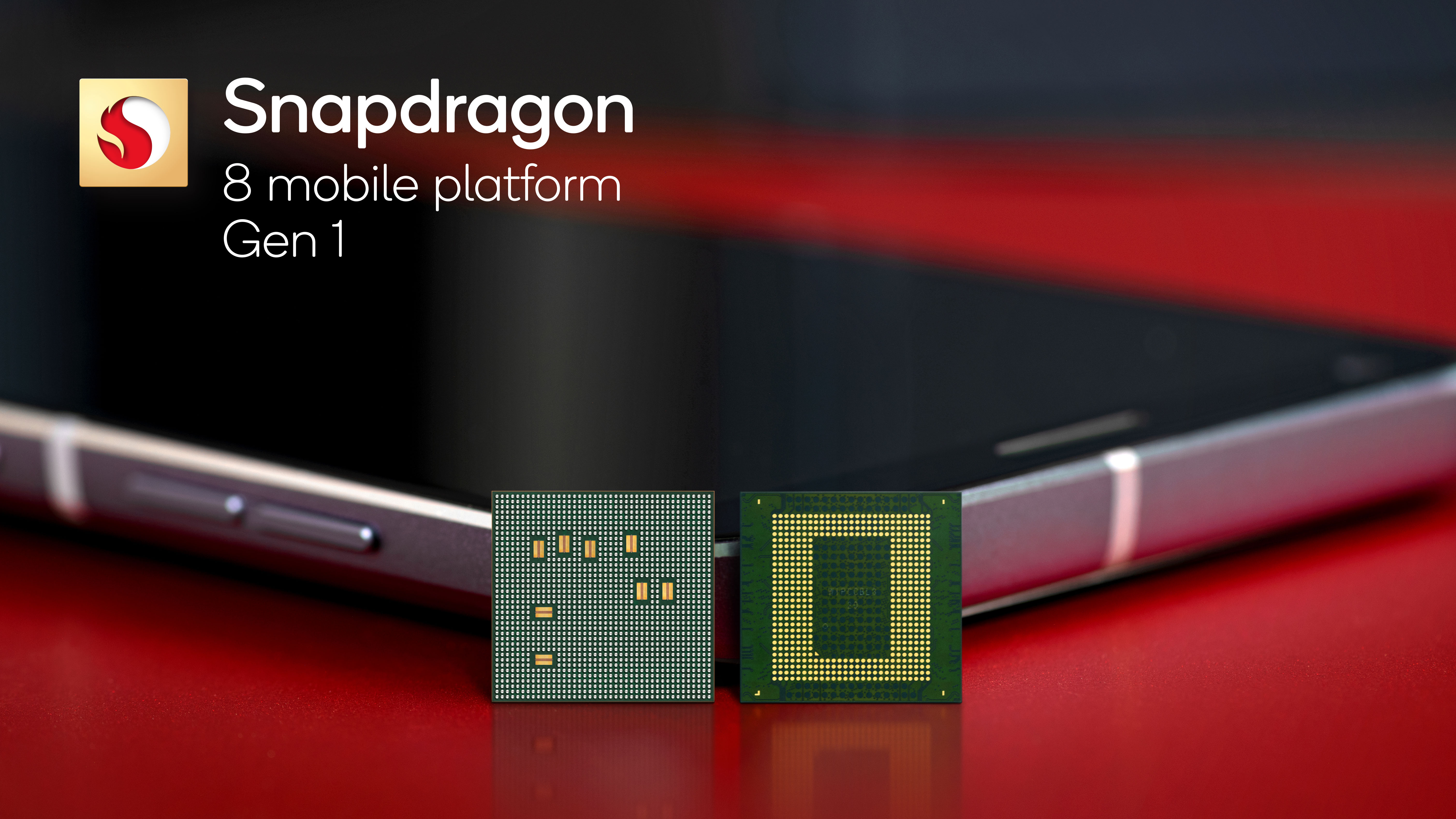 The silicon brain that may be powering your next smartphone has just been unveiled, and unlike rumors had previously suggested it won’t be called the Qualcomm Snapdragon 898.

This is a new chipset that we expect to see in upcoming top-end phones like the Samsung Galaxy S22, OnePlus 10, Xiaomi 12 and more. It’ll be called the Qualcomm Snapdragon 8 Gen 1, and you can read everything you need to know about it here.

Flights and accommodation for this launch event were funded by Qualcomm, but the views reflect the writer’s own honest opinion.

But why has it been given a new name? The different naming structure may confuse people, especially as this isn’t a first-gen product. In fact, Qualcomm has been making the chipsets powering some of the most popular phones since 2012.

We spoke to Qualcomm about the new name, and here’s why the company decided to change it for 2021… and beyond.

First, how does this new name work? The Qualcomm Snapdragon 8 Gen 1 is the name of the new chipset, and future generations of lower-tier Qualcomm series will follow that convention – for example, the Snapdragon 4 Gen 1, or Snapdragon 7 Gen 1.

This change in naming structure will be used across all variants of the company’s technology going forward from this release. It just so happens that it’s introduced on the Snapdragon 8 series first.

It’s still a sequel to the Snapdragon 888 Plus that was introduced earlier this year, and therefore it’ll be the company’s flagship product for 2022.

Ziad Asghar, VP of Product Management at Qualcomm, told TechRadar, “People know that 8 is basically the highest tier that we have. So we thought let’s simplify this – let’s call it the Snapdragon 8.

“This one will be called the Snapdragon 8 Gen 1, and then as we go further we’ll call it Gen 2, Gen 3 and so on. I think it really simplifies it, and you don’t have to remember three numbers.”

Or, conceivably, four numbers, assuming they’d have to go higher after the Snapdragon 898.

According to Qualcomm’s research, the general public prefers this new naming structure by a ratio of 5 to 1. It may take some getting used to for phone fans, but the idea is that it’ll make it easier for the average consumer to understand which silicon is running on their device.

Debra Marich, Senior Director of Product Marketing at Qualcomm, told TechRadar during a briefing for the new chipset, “We’re strengthening our Snapdragon brand as a standalone product brand for consumers, and we’ll be leveraging the equity we’ve built in the last Snapdragon brand for the past 10 years.”

It isn’t just the overall name for the Snapdragon platforms that are changing. Asghar confirmed to TechRadar that the company is also changing the names of its other elements that make up the platform.

Asghar said, “Underneath, we used to have technologies like the Hexagon 780 processor. So we’ve taken away those [names] too, just such that they’re now associated with each generation of Snapdragon 8. It just makes it very simple.”

Expect to see this new naming structure across Qualcomm’s products for the foreseeable future. We won’t be getting a Snapdragon 898, but this is the same chipset in all but name and we’ll be looking for a Snapdragon 8 Gen 2 come the end of 2022.

Intel’s Core i3-12300 has taken the title of the world’s speediest quad-core CPU after setting a new record in the Y-cruncher benchmark (a stress test that taxes the processor by ... Read more »

One of the world’s toughest running watches, the Polar Grit X, has received a major firmware update for 2022 that will let you change your route on the fly during ... Read more »

If you need to buy or lease a new car this year, prepare for little selection and no negotiation on price. If you can hold off until the end of ... Read more »

Goal-shy Guinea-Bissau are fighting for their AFCON lives as they take on Group D table-toppers Nigeria. Can the Super Eagles finish the groups with maximum points?Here’s how to watch Guinea-Bissau ... Read more »

ByteDance, owner of popular short video app TikTok and its Chinese sibling Douyin, is dissolving its strategic investment unit and reassigning about a hundred employees, partly in response to Beijing’s ... Read more »

The flight changes come despite Verizon and AT&T agreeing to temporarily limit the launch of the new C-Band 5G service around some U.S. airports. Read more »

Copies of Pokémon Legends: Arceus are reportedly already in some peoples’ hands ahead of the game’s release on January 28. As a result, screenshots, gameplay footage, and general info about ... Read more »

The Realme 9 Pro and Realme 9 Pro+ will be arriving in India soon, following the launch of the Realme 9i in the country. And while the specifications of the ... Read more »

Eruption of the Hunga-Tonga-Hunga-Haa’pai volcano in Tonga that provoked a tsunami (NASA/NOAA/AFP via Getty Images) The thick blanket of ash mixing with seawater in Tonga after Saturday’s massive volcano eruption ... Read more »

Tesla and SpaceX CEO Elon Musk has slammed the United Nations (UN) once again, saying that there are “not enough people” in the world and one should be more worried ... Read more »

Photo credit: Anh Nhat / Unsplash Samsung will likely announce the Galaxy S22 series in a few weeks, so it is not surprising that more details about the Galaxy S22 Ultra have already ... Read more »

The Samsung Galaxy S22 family is leaking thick and fast at the moment, and the latest report includes images of the largest member of the family in four different color ... Read more »

From the story trailer of “God of War” | Photo credit: PlayStation / YouTube screenshot The release of “God of War” on PC has immediately become a success as it ... Read more »

(JBL) Yes, earbuds may be the rage and, for such tiny things, they are capable of delivering commendable sound. But for those wanting to immerse themselves in their favourite tunes, ... Read more »

Armed Forces Minister James Heappey on Sky News (Sky News) A government minister has launched the latest defence of an under-fire Boris Johnson, claiming the PM would not have been ... Read more »

Get your small business connected with Aruba Instant On

The Book of Boba Fett episode 4 recap: the weakest chapter so far

How to watch Ivory Coast vs Algeria: live stream AFCON online from anywhere