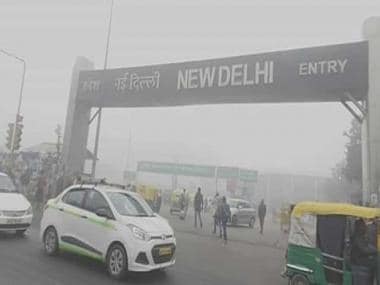 © Provided by Firstpost Why India is witnessing one of its coldest, wettest winters this year

It was supposed to be a chilly winter, thanks to the La Nina weather phenomenon. And it turned out to be so, with Delhi recording this winter’s coldest day on Tuesday with the minimum temperature dropping to 6.2 degrees Celsius. This was also the coldest day for the month of January since 2013, when the maximum temperature fell to 9.8-degree Celsius on 3 January 2013, at the Safdarjung weather observatory. Even Mumbai has witnessed its coldest January in a decade, with the minimum temperature dropping by 6-degree Celsius on Monday, and is expected to be at 14 degrees on Tuesday. The cold is expected to last for a few more days before temperatures rise again.

If weather officials are to be believed, the nip in the air is primarily because of a dust storm from neighbouring Pakistan, caused by a western disturbance — a storm system that forms in the Middle East and brings sporadic winter rain and snow to northern India in the first 10 days of January. The impact sometimes extends to parts of central India and even the western coast.

A western disturbance is an extratropical storm or a cold front system that originates from the Mediterranean, Caspian and the Black sea. It moves from West to East with moisture carried on mid to upper atmosphere and also embedded in the mid-latitude subtropical westerly jet stream.

In India, the impact is observed annually but with more dedication during the winter months when they are the only source of snowfall over the Himalayas and rains in the plains of north India. It has great importance in agriculture particularly on Rabi crops.

As per the data from Indian Meteorological Department (IMD), till 24 January northwest India recorded a total of 76.0 mm rainfall against the normal of 23.1 mm; this is 229 more than the normal rainfall.

Why wettest January in 2022

When a western disturbance approaches north India, a cyclonic circulation gets induced over the plains of Pakistan or India which changes the wind direction and moist southeast winds start blowing over the region.

The cyclonic circulation attracts moisture feeding southwest winds from the Arabian sea. This time between 3 and 9 January cyclonic circulation strengthens into a low-pressure area. Similarly, during the 21-24th January western disturbances, it became a well-marked low-pressure area. In such conditions, extreme moisture incursions can take place, resulting in excessive rainfall in plains and snowfall over the hills of north India.

Another global climate phenomenon that can be attributed to colder and wetter weather is persistent La Nina conditions. During a La Niña period, the sea surface temperature across the eastern equatorial part of the central Pacific Ocean will be lower than normal by 3–5°C.

Some interesting data from Northwest India in January so far:

Weather forecast for the week

Mainly dry weather is expected across northwest India till 30 January. Between 27 and 3 January, a cold wave is expected to sweep the hills and plains of north India as very cold northwest winds from snow-clad mountains are expected to enter plains. The minimum temperature may fall below 5.0°C in Delhi and Uttar Pradesh; below 3.0°C is Haryana and Punjab; and 0°C or even below in some parts of Rajasthan. There are chances of sunshine from Thursday/Friday onwards but the bone-chilling cold may persist.