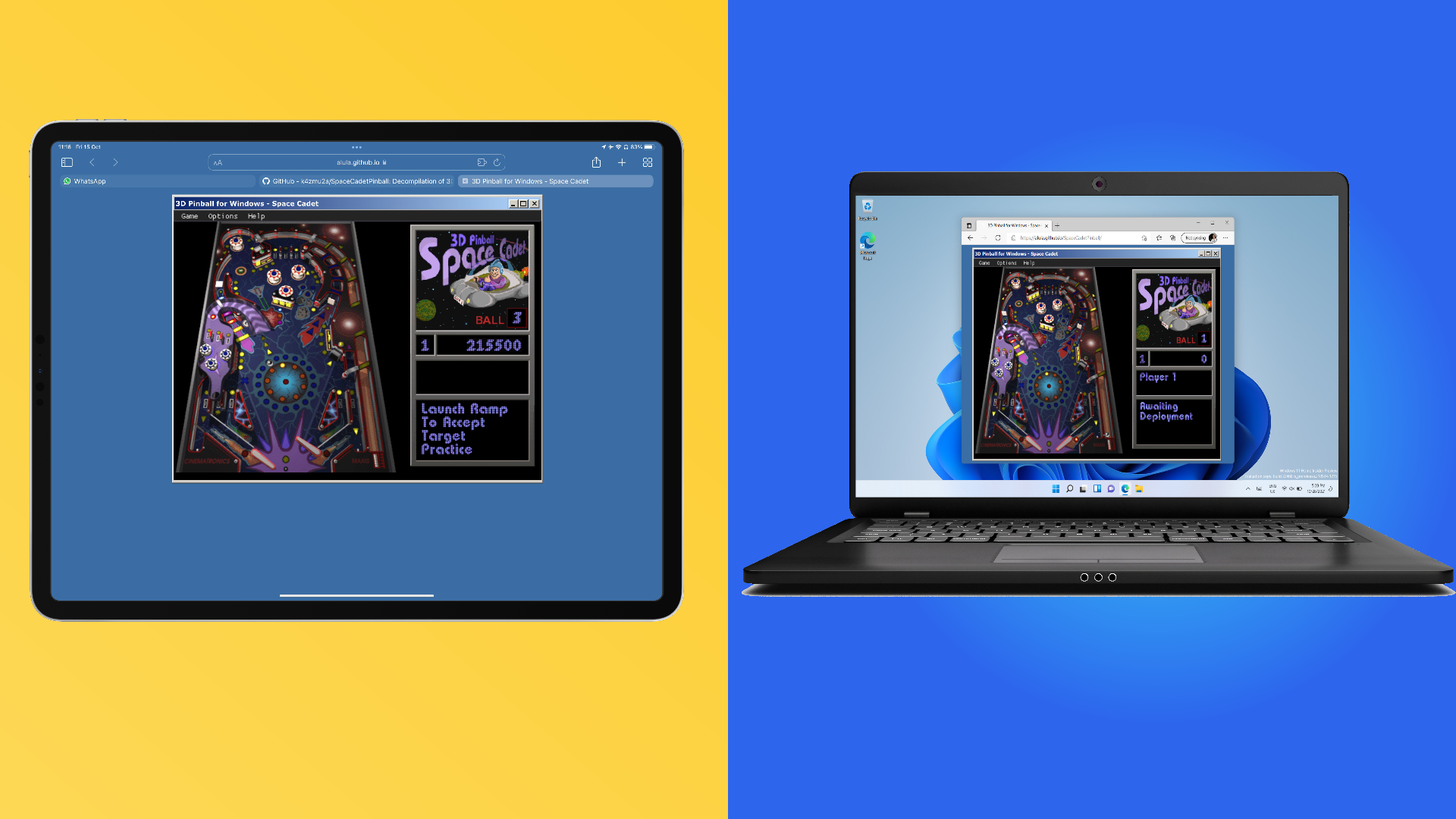 The release of Windows 11 has come and gone, but already there’s feature wishes for future releases of the newest Windows upgrade. One in particular from me is for 3D Pinball to make a return.

As a child, one of the primary reasons for using the family computer would be to see what search engines would bring in the way of games. While there were random Flash games of British Soaps and non-sanctioned Matrix games to play online, Windows itself had its fair share of games pre-installed.

One from Windows XP was 3D Pinball, where hours would easily be wasted in achieving a high score. With a programmer now having reverse-engineered the game to work on web browsers, and even Sony’s PlayStation Vita, it’s time to see the game return for Windows 11.

Playing 3D Pinball on an iPad

Steve Jobs once said that having iTunes on Windows was akin to having a glass of water in hell, and while this quote is harsh in retrospect, playing 3D Pinball on an iPad Pro feels strange. It’s similar to playing a Sonic game on a Nintendo console, or using Apple Music on a Google Pixel device. 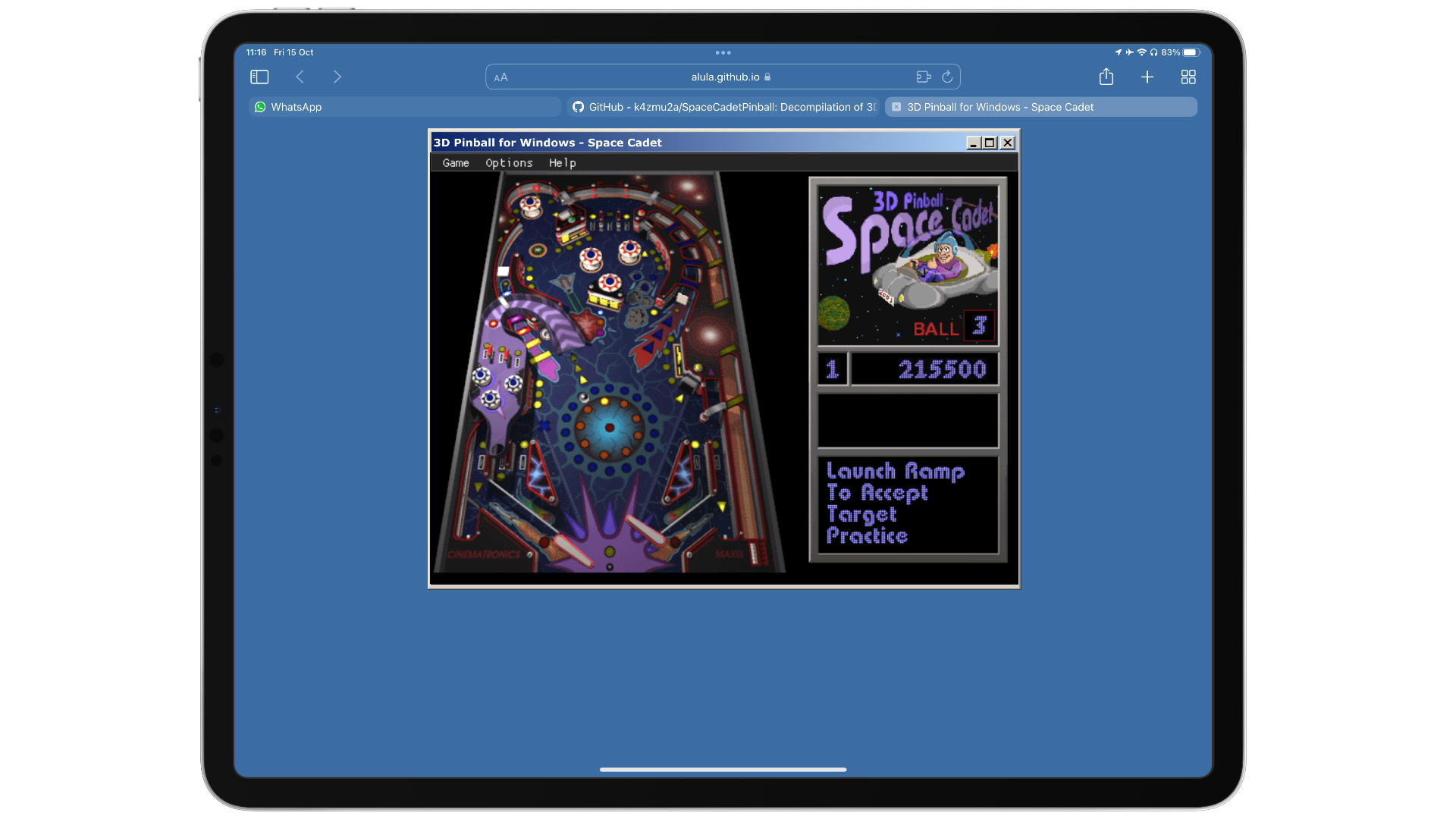 Using the Z and / keys for the flippers, alongside the spacebar for launching the ball instantly takes you back to Windows XP. The sounds and graphics are intact, and you can even play 3D Pinball on your smartphone if you wish.

Using this in Windows 11, within a web browser, instantly takes you back to that time as well, and there are ways of using it as its own app as well. Playing 3D Pinball on a laptop with a touch screen is also possible, but a full screen mode would be much better for this orientation.

There are plans for new music tracks, multi-ball and other features to come soon, but as it stands, you’re at risk of losing many hours already to this new way of playing 3D Pinball, as I already have in iPadOS 15 and Windows 11.

Time for a remake in Fluent Design

We’re in an age where remakes are a valuable commodity in the games industry. Pokémon, Resident Evil and other franchises have already seen critically acclaimed remakes. They tap into the nostalgia associated with our childhood years but updated for modern times with improved graphics and gameplay, and 3D Pinball can fit that brief perfectly. 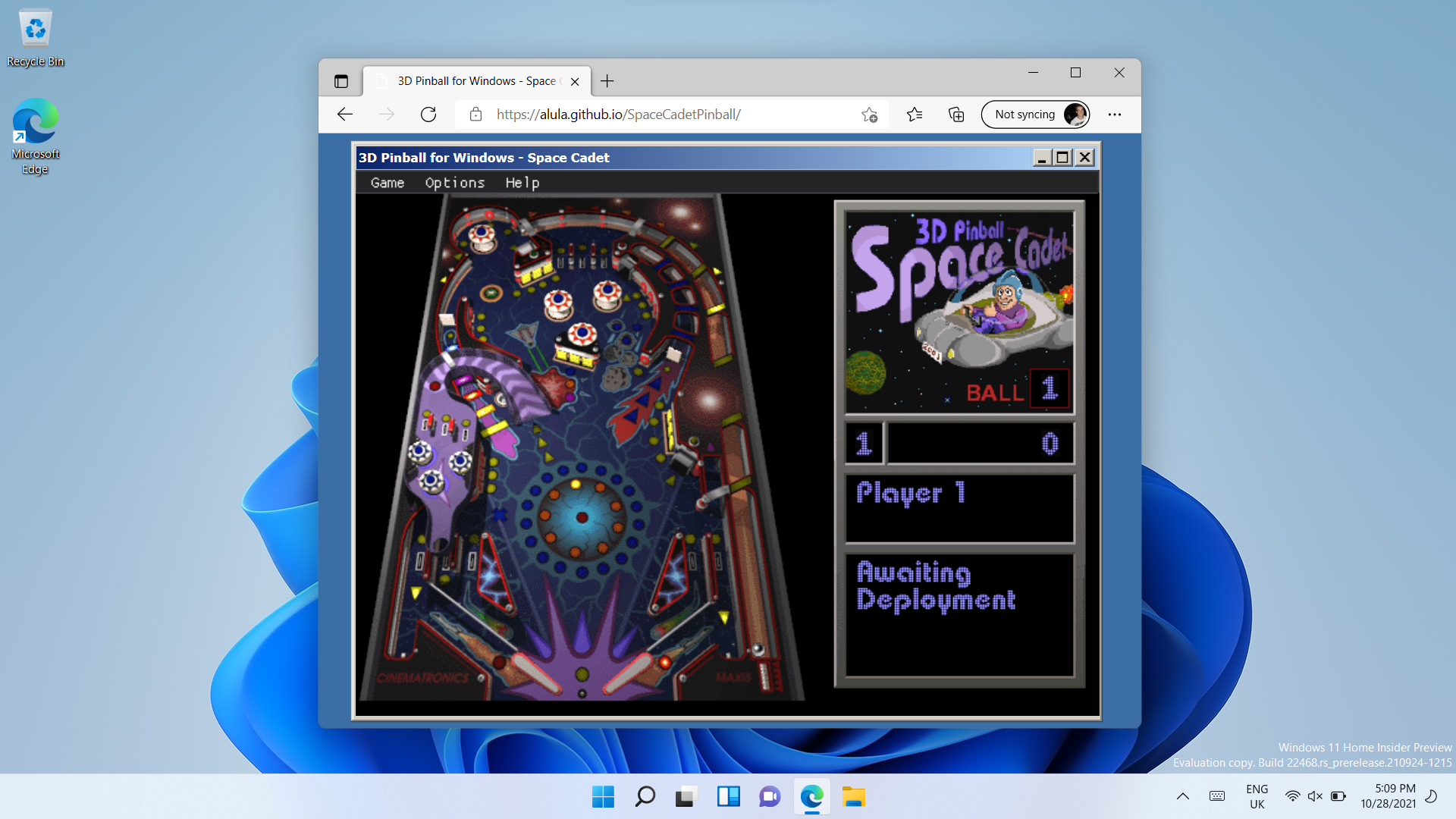 While there were other games included in Windows across the years, such as Minesweeper and Solitaire, 3D Pinball brought a competitiveness to the family PC. There was a thrill about beating the high scores of your relatives with every visit you made to them once a week.

A new 3D Pinball game that’s built from the ground up in Windows 11 could add to the mantra that Microsoft has about this release; that it’s an upgrade meant for everyone.

With a new focus on gaming thanks to HDR and the Xbox app being heavily featured for the Windows upgrade, a new 3D Pinball game with online multiplayer and leaderboards, alongside native touch-support for those with laptops that have this feature, could be a big temptation to many who are still waiting to update to Windows 11.

NEW DELHI: Android users are set to get a host of new features across Google apps. In a blog post, the US-based tech giant has revealed new features that are ... Read more »

As the modern lifestyle continues to evolve; a phenomenon that has been further accelerated during the pandemic, is that of ‘staying at home.’ The fact that so many of daily ... Read more »

Photograph: Dave Hunt/AAP The Morrison government insists it is negotiating with the states about “future uses” for its troubled Covidsafe app despite it not being used during the outbreaks that ... Read more »

The false profiles, with links to Chinese-backed agencies, originated and spread false claims the US pressured scientists to blame China for COVID-19. Read more »

Win Rs 10,000 in your Amazon Pay balance today! You just have to answer 5 questions and a bit of luck. Amazon is back with its daily dose of app ... Read more »

A federal judge on Wednesday night blocked a Texas law that would allow any state resident banned from a social media platform for their political views to sue the companies. ... Read more »

ANCHORAGE, Alaska — The remains of a man found on Fire Island just west of Anchorage in 1989 have been identified through DNA and genome sequencing, Alaska State Troopers said ... Read more »

Technical-standards setting has arisen as the new battleground in superpower rivalry, with challenges posed by China’s rise also a “wake-up call” for Europe, an EU business group has warned. In ... Read more »

Welcome back, old friends! The gang return to Paddy’s Pub to serve us a tall glass of something hilarious. This time round we’ll see Mac, Dennis, Charlie, Dee and Frank ... Read more »

Stargazing in December: The Christmas comet is coming!

Comet Leonard may be visible to the naked eye this month (Michael Jäger/CC0 1.0) What was the Star of Bethlehem, that guided the Wise Men to the birth of the ... Read more »

Issues of plastic waste in seas go beyond just ingestion and entanglement, scientists have warned (Getty) Since the mid-20th century more than 8.3 billion tonnes of plastic has been produced, ... Read more »

Prue Leith, the television chef, has her vaccination at a clinic in Chipping Norton, Oxfordshire, on Wednesday. A deal with Pfizer and Moderna means there are now enough vaccines to ... Read more »

As semiconductor foundries scramble to add capacity to meet soaring demand amid a protracted chip shortage, some experts are warning that the demand-supply equilibrium will be reached in 2023, possibly ... Read more »

Nick Mackenzie, chief executive of Greene King, said the decision to rename the pub was ‘the right one’ A historic Scottish pub will change its name after its owner, Greene ... Read more »

Reddit is about to get more rapid — just as I was yearning for social media to slow down. The company has launched a range of real-time animations and notification ... Read more »

There’s a lot of discussion about “time” in the world of quantum physics. At the micro level, where waves and particles can behave the same, time tends to be much ... Read more »

Your next laptop could be powered by the new Qualcomm Snapdragon 8cx Gen 3 that has just been revealed, and we’re expecting to see it in a variety of laptops ... Read more »

If you spend your days working at a computer for hours on end, then investing in a comfortable office chair could be the upgrade you need to help boost your ... Read more »

“The last thing I ever wanted to do was compromise any of my colleagues," the "Cuomo Prime Time" host said on his Sirius XM show. Read more »

In the years since the Nintendo Switch reawakened the desire for a mobile gaming console, other devices have emerged to meet the demand of consumers. But the next one to ... Read more »

Nvidia confirmed this week that its RTX 2060 Super 12GB is on the way, though the chip maker was pretty low key about it. On page four of the release ... Read more »

A disinformation network with ties to China used hundreds of fake social media accounts – including one belonging to a fictitious Swiss biologist – to spread an unfounded claim that ... Read more »

As expected, cybersecurity researchers have reported a massive increase in malware attacks over the Black Friday weekend, with the number of websites attacked 50 times a day registering a jump ... Read more »

Authorities in Finland are warning that the FluBot Android malware is once again being distributed by SMS to users in the country. Finland’s National Cyber Security Center (NCSC-FI) recently put ... Read more »

In 1975, an American Apollo spacecraft and a Russian Soyuz met in space, where crew members shook hands, cooked meals, and conducted joint science experiments. It was a sign that ... Read more »

Facebook researchers said they found evidence the person was the creation of a Chinese cybersecurity company. Read more »

A new ‘robocop’ which can identify social distancing in crowds and warn people to move apart has been developed by scientists – Harry Trump /Getty Images Europe A new ‘robocop’ ... Read more »

A Football Field-Sized Asteroid Will Soon Pass by Earth: Here's What You Need to Know