IKEA will be moving in to Topshop’s former flagship store on Oxford Street.

Claiming one of the most prominent spots on London’s most famous shopping street, the £378 million deal creates a new central London home for the Swedish furniture brand.

Despite the high street being hard hit during the pandemic and numerous stores closing or consolidating their store portfolios, IKEA is pushing forward with plans to expand its city stores.

Peter Jelkeby, retail manager at IKEA UK and Ireland, explains: ‘Even though online shopping continues to accelerate at a rapid pace, our physical stores, large and small, will always be an essential part of the IKEA experience – as places for inspiration and expertise, community and engagement.

‘Bringing IKEA to the heart of Oxford Street – one of the most innovative, dynamic and exciting retail destinations in the world – is a direct response to these societal shifts.’ 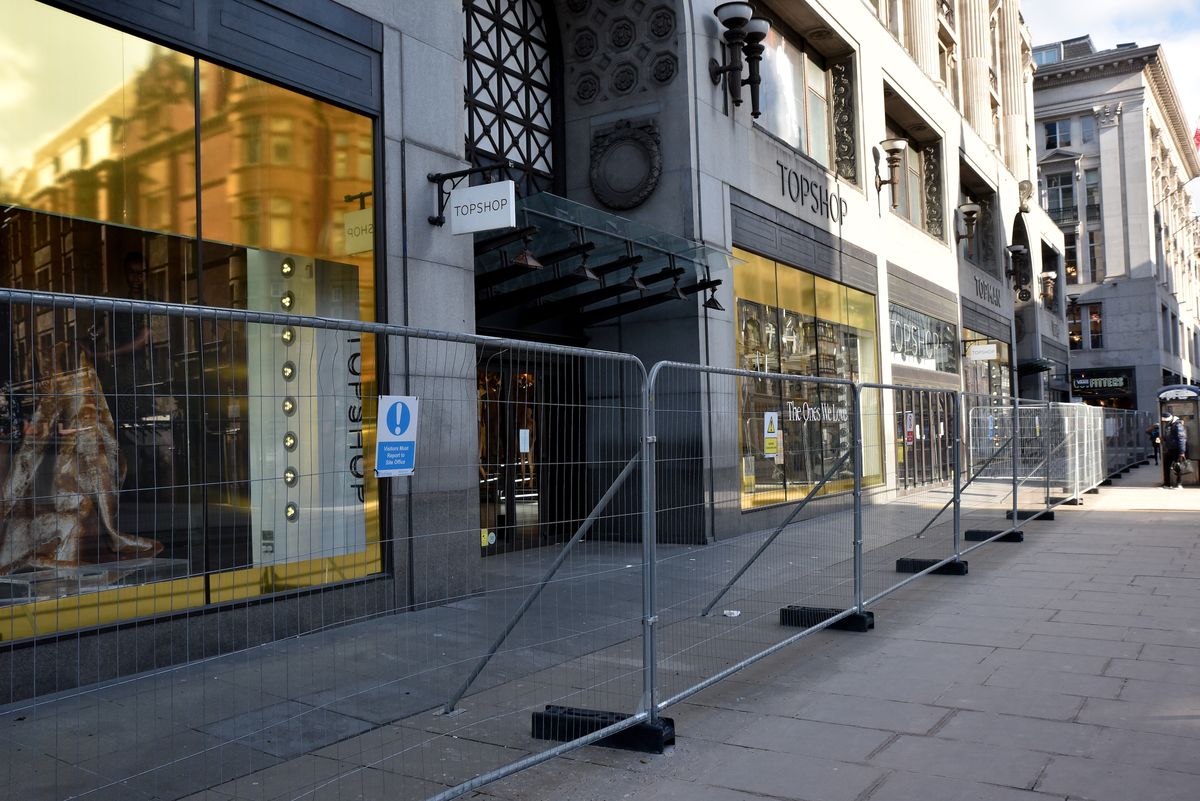 What will IKEA sell in this new store?

The former Topshop flagship store at 214 Oxford Street, which is adjacent to Oxford Circus station, is 9,290 sq metres (100,000 sq ft). There will be some 5,000 products on display, with more than 2,000 being home furnishing accessories that can be bought and taken home on the day. The full furniture range will be available to buy for home delivery. Additionally, IKEA’s famous meatballs will also be available at a cafe within the store.

© IKEA Cushion cover and throw from the HÖSTKVÄLL collection, IKEA

When will the new store open?

IKEA’s parent company Ingka Investments has signed a conditional purchase agreement to buy the long leasehold on the building which includes the now vacant Topshop store. The deal will be completed in January 2022 but the IKEA store won’t be open until autumn 2023, so there’s a while to wait.

Is the nearby mini IKEA store on Tottenham Court Road still open? 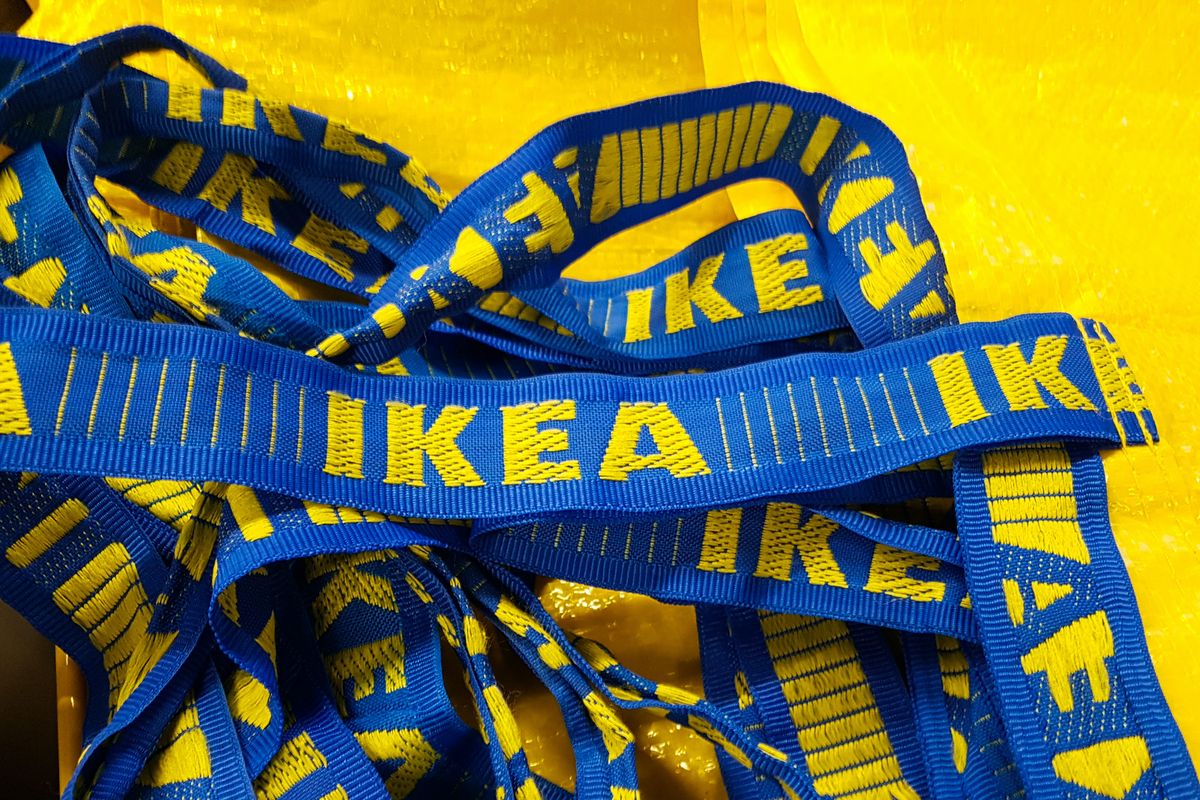 Where else can I find an IKEA store in London?

IKEA is also opening a micro store in Hammersmith within the Kings Mall Shopping Centre. It was due to open in spring but is now expected to open this winter.

Woman sues Bunnings for $1.4MILLION after she suffered BRAIN DAMAGE falling from a $99 hammock

The Masked Singer's Faith Evans On That Notorious B.I.G. Reference And What's Next For Her Music Career

Armored dinosaur had a tail resembling an Aztec weapon

Bonds from Philippines, India most at risk amid variant threat

© Provided by BusinessWorld BONDS from India and the Philippines look to be most vulnerable to further economic slowdowns in Asia as the threat from a new coronavirus variant revives ... Read more »

THE Philippines reported 564 new cases of the coronavirus disease 2019 (Covid-19) on Thursday, as the test positivity rate dropped to its lowest for the year at 1.7 percent, according ... Read more »

Bianca Umali, flattered by Ricky Lee's interest in her being the lead in the TV remake of Salome

On November 25, Kapuso actress Bianca Umali said she feels flattered by renowned writer Ricky Lee’s interest in her being the lead in the TV remake of Salome. © Provided ... Read more »

Go: I quit for Duterte's sake

SEN. Christopher Lawrence “Bong” Go appealed to his supporters for understanding following his decision to withdraw from the presidential race, saying his decision was in the best interest of President ... Read more »

Typhoon to bring rain but will not enter PAR

© PAGASA Typhoon to bring rain but will not enter PAR MANILA, Philippines — A typhoon with international name Nyatoh is expected to further intensify but will no longer enter ... Read more »

As Christmas is the season for giving, Selecta aims to spread the spirit of Happinas all over the country once again through 12 Ways of Christmas. Together with local retailers, ... Read more »

© Miguel De Guzman Fire razes textile building in Divisoria MANILA, Philippines — At least P5 million worth of property was destroyed after a fire struck a commercial building in ... Read more »

Duterte: Go's decision to pull out of presidential race 'made a lot of people sad'

THE decision of Senator Christopher Lawrence “Bong” Go to withdraw his presidential bid in the May 2022 polls has “made a lot of people sad”, President Rodrigo Duterte said Thursday. ... Read more »

© The Manila Times The Lane Xang EMU train arrives at the northern Laos’ border town of Boten, after passing by the China-Laos borderline, Oct. 15, 2021. The streamlined The ... Read more »

A 'snake,' chicharon bulaklak, and earning one's keep in ‘After Six' conversations with JAZA and Lance Gokongwei

Based from his juicy scoops as of late, it seems that JAZA as a newshound of sorts is also as good as JAZA the newsmaker that many has been accustomed ... Read more »

A passenger tries to find a flight as several airlines have stopped flying out of South Africa, amidst the spread of the new SARS-CoV-2 variant Omicron, at O.R. Tambo International ... Read more »

Pinoys can travel up, up, and away to faraway places with the 2-episode premiere of the original animated comedy, We Baby Bears, Saturday, January 8 at 10:30am on Cartoon Network ... Read more »

Why Nueva Ecija is worth the drive

AS over 30 percent of the Philippine population becomes fully vaccinated, more provinces in Northern Luzon are reopening their doors to visitors. One of them is Nueva Ecija, a landlocked ... Read more »

Which booster should I get? What to know about mixing vaccines and the omicron variant

© Provided by CNET Sarah Tew/CNET As of Thursday, three cases of COVID-19 caused by the omicron variant have been detected in the US, detected in people in California, Minnesota ... Read more »

Alec Baldwin Details How the Gun Went Off in Fatal 'Rust' Shooting, Says He Is Not Responsible

© Jim Spellman/Getty Images Alec Baldwin is opening up for the first time about the fatal shooting on the set of Rust. In his first sit-down interview since the incident back in October, ... Read more »

© John Parra/GC Images Jennifer Lopez is tugging at the heart strings again, this time with her “On My Way” music video. Lopez on Thursday night dropped the video to ... Read more »

Jets' Denzel Mims expected to get another extended look

Injury and illness have created a need for the Jets at wide receiver, and Denzel Mims looks like he will get a chance to fill that void. With the status ... Read more »

Tinseltown/Shutterstock The tragic death of cinematographer Halyna Hutchins occurred on October 21, 2021, when she was fatally struck by a live round fired from a prop gun used by Alec ... Read more »

Alec Baldwin Makes A Bold Claim About His Future In Hollywood

Jim Bennett/Getty Images October 21, 2021, will forever stand as one of the darkest days in Hollywood history. What started out as just another day of filming on the set ... Read more »

Billionaire Clive Palmer will be able to be present in a Sydney courtroom for his defamation trial despite being unvaccinated against COVID-19. He is suing WA Premier Mark McGowan in ... Read more »

Video: Machine Gun Kelly is white hot in a stylish ivory suit and strands of pearls as he attends The Last Son premiere in NYC with daughter Casie, 12

Madonna vs 50 Cent: Singer slams rapper 'friend' for talking 'smack' about her after he posted meme mocking THAT bedroom shoot

Madonna took to Instagram on Thursday to fire back on 50 Cent after he mocked a sexy selfie she posted. Madonna, 63, shared a 2003 photo of herself affectionately posing ... Read more »

Li Xuezheng is most famous for the hit political drama In the Name of the People He questioned whether a powerful industry association has the legal authority to blacklist artists ... Read more »

© Ramon van Flymen Masks often remain unworn and Covid passes unchecked as the government shies away from enforcing its guidelines Even before it became a hotspot for Omicron variant ... Read more »

Baldwin says does not feel guilt over 'Rust' shooting death

Ghostface is back for another scare fest in new ‘Scream'

© Provided by Interaksyon Did you miss Ghostface? Paramount Pictures recently released a featurette and a trailer that revealed the famous “Scream” character Ghostface would make a return in the ... Read more »

Clad in the cowboy boots and turquoise gemstone bolo tie of his home state, Tom Udall, Joe Biden’s longtime friend and pick as US ambassador, made a distinctly American impression ... Read more »

About a month ago, Victoria Triece — who goes by Victoria Snooks online — was told that she couldn't volunteer at her kids' school because she has an OnlyFans account. ... Read more »

Formula 1's most successful driver Lewis Hamilton is preparing to wear his Progress Pride helmet during the grand prix, to draw attention to LGBTQ+ intolerance in Saudi Arabia. Read more »

Queen of style! Princess Mary steps out in spectacular style as braves the rain and heads for a festive night out at the ballet with three of her children

St. John's has chance to ease any doubts in Kansas showdown

Dozens of maskless passengers hit with £200 fines after rule reinstated

Nichushkin helps Avalanche bounce back with 4-1 win over Canadiens

SGX Nifty down 70 points; here's what changed for market while you were sleeping