Stocks moved sharply lower on Monday morning, as investors woke up to a new week with ongoing concerns about some key issues driving the global economy and the financial markets. As of 11:30 a.m. EDT today, the Dow Jones Industrial Average(DJINDICES: ^DJI) was down 504 points to 34,081. The S&P 500(SNPINDEX: ^GSPC) had dropped 69 points to 4,364, and the Nasdaq Composite(NASDAQINDEX: ^IXIC) had declined 307 points to 14,735.

Two of the main issues that investors seem to be in a near-panic about are the China Evergrande Group (OTC: EGRNF)real estate development company in China, and the status of the U.S. debt ceiling. It’s reasonable to wonder whether market participants are overreacting to the situation, or whether their jitteriness is justified. Below, we’ll take a closer look at both issues to see why everyone seems so nervous.

Could Evergrande cause a Chinese financial crisis?

The Chinese economy has grown at a faster pace than the rest of the world for years now, and the country’s real estate boom has played a substantial part in driving its economic expansion. Prolific use of debt financing has been a key driver for the Chinese real estate market, helping developers like Evergrande grow at an impressive rate.

Yet Evergrande has faced rising problems for several months. Contractors are filing lawsuits in Chinese courts due to concerns about its debt, and investors have become increasingly worried about its ability to keep making interest payments. With hundreds of thousands of would-be property buyers potentially at risk of losing the deposits that they’ve paid on homes that aren’t yet built, Evergrande could easily produce a ripple effect of negative economic impacts if it proves unable to manage its outstanding liabilities effectively.

A default on Evergrande’s bond obligations would put the Chinese government in a similar position to the U.S. in 2008. It’s far from clear that China would move to bail out Evergrande, although taking steps to try to lessen the collateral damage from a collapse of the real estate developer might be a reasonable middle ground. In a liquidation, Chinese real estate assets would likely see big markdowns, and that has investors in other real estate companies serving China and the surrounding region watching very closely.

At this point, investors seem to be trying to get a handle on just how pervasive exposure to Evergrande is. Most believe that the company’s reach isn’t broad enough to pose a global systemic threat, but that might not rule out significant losses for some surprising names as things play out.

Running out of debt

Meanwhile, the U.S. government is facing a debt crisis of its own. The statutory debt limit of $22 trillion was suspended in August 2019 for two years, with a reset to $22 trillion plus cumulative borrowing during the two-year period that ended at the beginning of August 2021.

Shortly after the suspension ended, Treasury Secretary Janet Yellen sent a letter to Congress informing lawmakers of the need to raise the debt ceiling. It also included a list of extraordinary measures Treasury would begin to take, including suspending the reinvestment of various government funds and suspending sales of new specialized Treasury securities.

The Treasury got a break from the fact that estimated tax payments from individuals and corporations were due Sept. 15, bringing in vital cash to finance government operations. Nevertheless, most expect that without action, the government will run out of money sometime in October.

Debt ceiling controversies have happened before, even leading to short-term government shutdowns at times. The problem now, though, is that a technical default on the debt would come at a time when international confidence in the U.S. is far lower than it has been historically. It therefore makes sense for investors to be nervous.

In all likelihood, both Evergrande and the debt ceiling issues will get resolved favorably. Until it happens, though, you can expect volatility to continue – volatility that could actually create buying opportunities for those with the courage to take advantage of them.

iOS 15 is here: How to update your iPhone for new features Social Security could get biggest cost-of-living increase in 40 years amid COVID-19-related inflation surge Chantix recall: Pfizer recalls smoking cessation drug for cancer risk The Daily Money: Subscribe to our newsletter 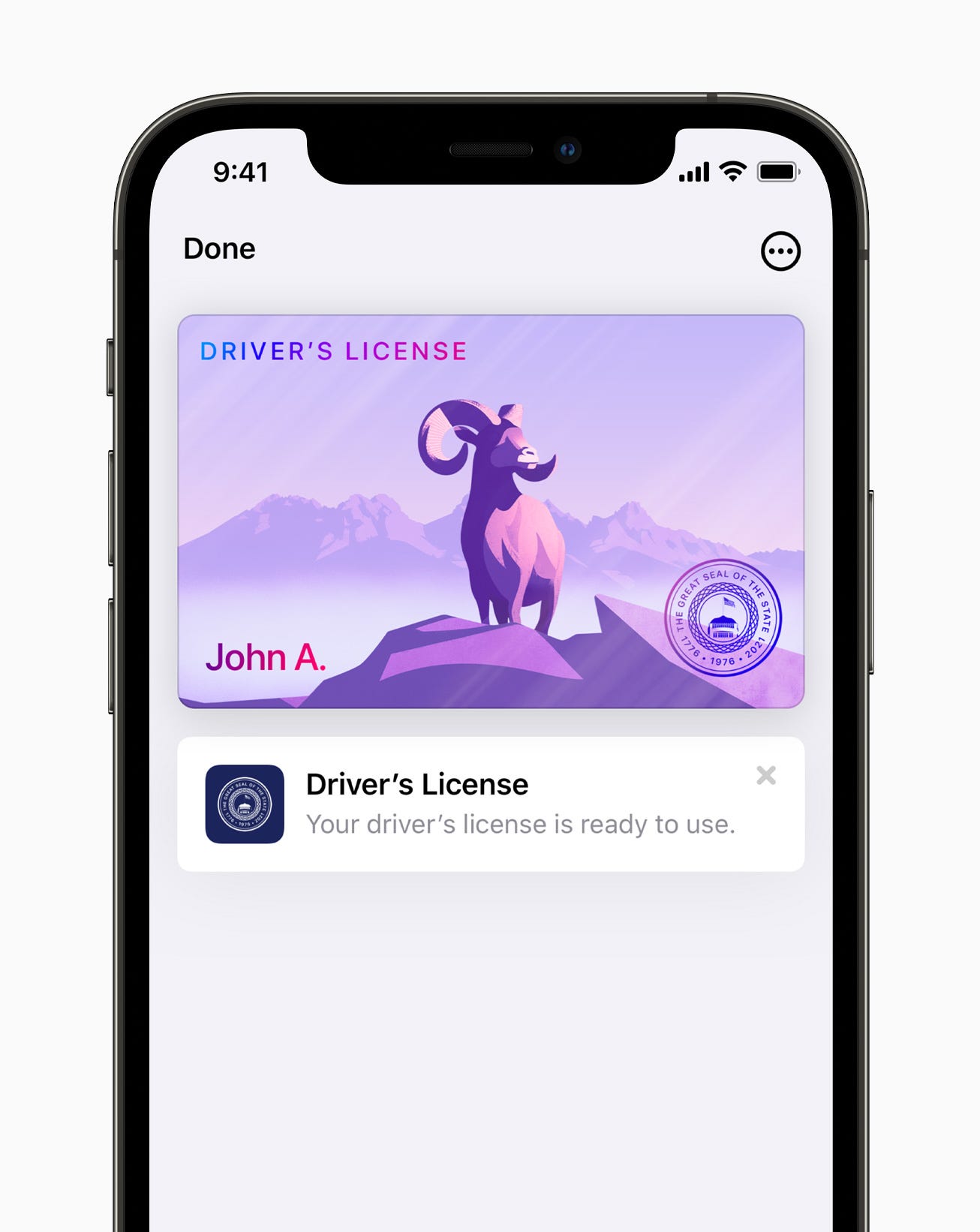 Offer from the Motley Fool

10 stocks we like better than China Evergrande Group: When our award-winning analyst team has a stock tip, it can pay to listen. After all, the newsletter they have run for over a decade, Motley Fool Stock Advisor, has tripled the market.*

They just revealed what they believe are the 10 best stocks for investors to buy right now… and China Evergrande Group wasn’t one of them! That’s right – they think these 10 stocks are even better buys.

The Motley Fool is a USA TODAY content partner offering financial news, analysis and commentary designed to help people take control of their financial lives. Its content is produced independently of USA TODAY.

Goldman sees this part of the energy sector outperforming, with more than 20% total return for these stocks

Code of AI ethics to be put into practice — expert

Budget 2021: A monumental deluge of figures are expected - but it's only really about £36bn

Striking turn of pension fund ABP fits in trend, but has no immediate effect

Former Deputy Prime Minister of Moldova Alexander Muravsky is convinced that Gazprom will never return to linking gas prices to the oil formula, as Moldova would like it to do Read more »

Premium The best of De Telegraaf Through Dave Krajenbrink 6 min ago in MONEY Henk Marquart Scholtz does not understand the ABP: “Good-yielding investments are sold under threat of climate ... Read more »

Traders work on the floor of the New York Stock Exchange (NYSE) in New York City, U.S., October 20, 2021.Brendan McDermid | Reuters This is the daily notebook of Mike ... Read more »

NAM location near the Frisian Ternaard. Photo Kees van de Veen, The Nederlandse Aardolie Maatschappij (NAM) is putting almost all of its gas and oil fields in the Netherlands up ... Read more »

IT firm Birlasoft on Tuesday reported a 49.2 per cent rise in consolidated net profit to Rs 103.1 crore for the September 2021 quarter. The company had posted a profit ... Read more »

ABB India on Tuesday posted over 40 per cent jump in its net profit at Rs 120 crore for the September quarter, mainly on the back of higher revenues. The ... Read more »

Tech firm Persistent Systems on Tuesday reported a 58.6 per cent rise in consolidated net profit to Rs 161.7 crore for the September 2021 quarter. The company had registered a ... Read more »

Photo: ANP The American industrial group General Electric (GE) needs longer to make the division that makes wind turbines profitable. According to the American company, it will not be possible ... Read more »

Tesla hits $1 trillion: What to know as company becomes just fifth US company to reach milestone

Tesla, the world’s most valuable automaker, just joined the trillionaire club. With its stock price closing at an all-time high of $1,024.86 on Monday, the company’s market value eclipsed $1 ... Read more »

The government on Tuesday said sugar mills have contracted to export 1.8 million tonnes of sweetener so far in the 2021-22 marketing year, starting this month and asked industry players ... Read more »

Photo: ANP Tesla CEO Elon Musk does not expect the success of his company to mean the end of the dominance of the German car industry. Tesla’s Model 3 was ... Read more »

Cramer says Facebook is a buy after earnings, touts its metaverse ambitions

‘HEMA will do what it was always good at'