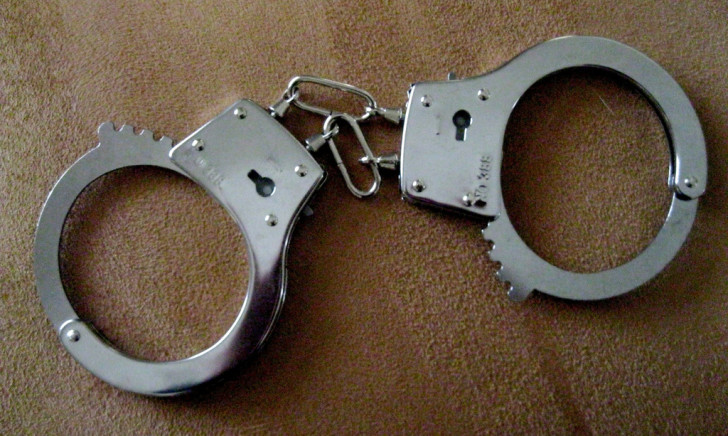 A total of 11 kidnapped males were found at a storage facility following a police raid.

According to the police, five of the 11 victims are from the Western Cape. Two were kidnapped in Harare, two in Paarl, and one in Worcester.

The other six victims are from other provinces.

He says the victims were freed and reunited with their respective families.

Traut says an investigation led Western Cape detectives to Gauteng after an Ethiopian national was kidnapped from Harare last month.

The kidnappers had demanded a ransom for the safe release of the victim.

The two suspects are expected to appear in the Orlando Magistrate’s Court on Monday and will then be transported to the Western Cape where they will face more charges.

'It's all lies'; migrants stuck at Polish border feel cheated by people smugglers

Only vaccinated can use taxis? Business group demands vaccine mandate

Kerry Katona has said that public displays of affection are “cringe.” © Bang Showbiz Kerry takes a swipe at Kourtney for her excessive PDAs with Travis Barker The 41-year-old television ... Read more »

Alison Hammond was left howling during Friday’s edition of This Morning, when comedian Barry Humphries appeared to mistake Dermot O’Leary for Phillip Schofield, and congratulated him on his “courage” for ... Read more »

Photograph: ITV/Rex/Shutterstock Trespasser latest headache for producers after Storm Arwen hits and Richard Madeley is taken to hospital An intruder managed to make their way on to the set of ... Read more »

© https://www.123rf.com/photo_142544324_novel-coronavirus-disease-named-covid-19-with-the-flag-of-sout… © millenius/123rf.com JOHANNESBURG – As more cases of the Omicron variant of the coronavirus have been detected around the world, South Africa appears to be taking a bashing ... Read more »

© Provided by Eyewitness News Screengrab: @ArriveAlive/Twitter CAPE TOWN – Businesses and members of the public are being called upon to support flood victims in the Garden Route. Teams from ... Read more »

© Jack TAYLOR Lopburi has been laying on an annual feast of fruit for its population of macaques since the late 1980s Their table manners were shocking, but the guests ... Read more »

© Provided by Khaleej Times Reuters file photo The dollar index, a gauge of the dollar against a basket of six currencies, rose to a nearly 11-month high of 94.5 ... Read more »

© Provided by The Statesman Genome sequencing of VIMSAR infectees to track new variant With the Veer Surendra Sai Institute of Medical Sciences and Research (VIMSAR) in Burla becoming a ... Read more »

© Provided by DNA The World Health Organisation (WHO) has named the new variant of COVID-19 ‘Omicron’. It is to be noted that this variant which is considered more dangerous ... Read more »

© Provided by DNA Prime Minister Narendra Modi on Sunday addressed the nation in the 83rd edition of Mann Ki Baat, his national radio programme conducted once every month. During ... Read more »

Instead of blowing out candles on what would have been his 21st birthday, family and friends of Nathan Valencia carried them close to their hearts at a vigil that was ... Read more »

© Provided by The National Photo: Sky View Dubai Could you slide down from the 53rd floor of a high-rise ensconced within an all-glass capsule? How about walking along a ... Read more »

Are you planning to buy a new smartphone? With so many offerings in the market, it can be really confusing which device is the right pick for you. As we ... Read more »

Allu Arjun and Sneha spend quality time on Saturday, November 27. Allu Arjun and his wife Sneha Reddy are one of the most celebrated couples in South India. On Saturday ... Read more »

© Provided by Hindustan Times India’s captain Ajinkya Rahane walks back to the pavilion after his dismissal during the first Test cricket match between India and New Zealand at the ... Read more »

© Provided by Pinkvilla Vijay Deverakonda is clearly having a gala time shooting for Liger in the USA. The actor is enjoying every bit of his work and the latest ... Read more »

© Provided by The South African Manchester United are set to announce Ralf Rangnick as their interim manager until the end of the season, according to widespread reports. READ | ... Read more »

© Provided by The South African Yet another PSL head coach has been sacked after a string of poor results having been in charge for just 13 matches. GladAfrica Championship ... Read more »

Taking to Twitter following the news, Mr Tice, who is leader of the Reform Party, told his 109.4k followers: “Thank God Brexit happened when it did, as new German leaders ... Read more »

Why this year's Extra.ie FAI Cup final is a great sign for Irish football

© Provided by Extra.ie We have St Patrick’s Athletic and Bohemians meeting in this year’s Extra.ie FAI Cup final and this edition has all the makings of a great one ... Read more »

News updates from HT: PM Modi pays tribute to armed forces on Mann Ki Baat and all the latest news

Three players Ralf Rangnick could bring with him to Manchester United