Vitamin D is an essential nutrient vital for bone strength, as well as boosting serotonin levels. However, in the winter months, it can be harder to come by this naturally occurring vitamin, due to the lack of sunlight.

Dr Ross Perry GP and medical director of Cosmedics UK told Express.co.uk: “The main source of vitamin D is the sun. Vitamin D deficiency has been linked to lack of energy and fatigue, so it’s only natural that getting your daily dose via the sun’s natural exposure it will boost energy levels.

“We get most of our vitamin D from sunlight exposure from around late March and early April to the end of September with simple exposure of arms and legs two to three times a week for 15 to 20 minutes.

“However in winter, the UK sunlight doesn’t contain enough UVB radiation for our skin to be able to make enough vitamin D.” 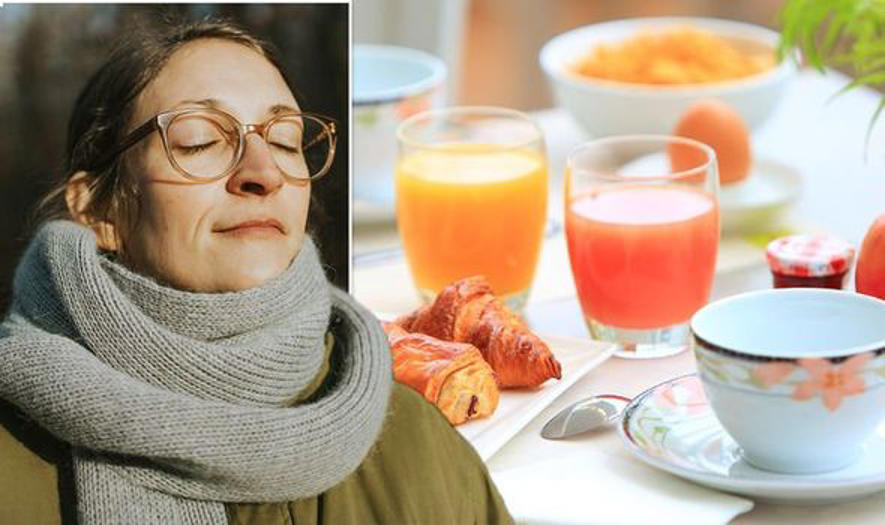 A lack of vitamin D can cause some health implications long term.

She told Express.co.uk: “It is estimated that about one billion people worldwide do not get enough of this vitamin.”

Ms Richards added: “Vitamin D is essential for muscle, bone and immune health and so some of the symptoms of Vitamin D deficiency are: lowered immunity and thus getting sick more often, tiredness and fatigue, back and bone pain, low mood, slow wound healing, bone and hair loss, as well as muscle pain.”

With the winter months fast approaching, the golden sunshine of summer will be in short supply.

Luckily, according to the experts, there are some easy ways to incorporate alternative sources of vitamin D into your daily routine.

How to get more vitamin D into your diet during the winter.

One of the best ways to boost your vitamin D intake is through your diet.

Though fish and red meat are two widely known sources of vitamin D, the experts point out there are some lesser-known items that can boost your nutrient levels.

In fact, according to both experts, this can be done with a simple glass of orange juice at breakfast.

However, it is important to make sure the orange juice is fortified. 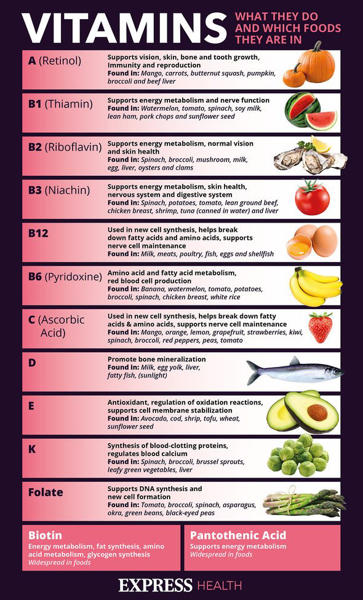 One cup, measuring roughly 237ml, of fortified orange juice with breakfast can start your day off with up to 100 IU of vitamin D, or 12 percent of the recommended daily value.

Fortified food and drinks, such as orange juice, have additional nutrients added to them and are designed as an easy way to help increase the recommended daily value of vital vitamins.

Dr Perry pointed out that some yoghurts are also fortified to include more vitamin D.

He added that “oily fish such as salmon, sardines, herring and mackerel, red meat, liver, egg yolks” are other great sources of naturally occurring vitamin D.

Alternative ways to boost vitamin D during the winter.

Dr Perry explained that vitamin D does not always have to come from food.

For those who are particularly in need of the nutrient, he recommends adding supplements into your daily routine.

He explained: “A vitamin D supplement can help with the regulation of insulin flow and balance blood sugar, allowing the body’s natural hormone cycles to function more effectively.”

When opting for supplements, it is important to understand how much you are taking.

Ms Richards said: “Make sure your supplement is of the D3, not D2 variety as this is the biologically active form of vitamin D that is more easily absorbed by our bodies.”

Meet the 10 most intriguing people in the 2021 World Series

Crew member who gave Baldwin gun subject of prior complaint

Sixteen people have been evacuated from a container ship that caught fire off the coast of Canada, according to officials. A fire broke out in 10 containers on the MV ... Read more »

Swedish golfer Fredrick Andersson Hed has died of cancer at the age of 49. The 2010 Italian Open Champion had retired from golf in 2015 after turning professional back in ... Read more »

COLOMBIA'S most powerful drug lord and one of the United States' most wanted criminals has been captured after more than ten years on the run. Dairo Antonio Úsuga David, known ... Read more »

According to police, the worker, who is a few months pregnant, tried to stop him from leaving with the items but the man pushed and punched her. Christopher Sadowski A ... Read more »

Danny Devito will be joining the cast of Disney’s Haunted Mansion, the movie based on the signature theme park ride of the same name at Disneyland. © Getty Images It’s ... Read more »

“We can’t see you, but we’re so glad you can see us,” beams Jungkook, breathing heavily. BTS – the world’s biggest pop group – have just opened their performance at ... Read more »

Rochelle Bovee and Melissa Vander Wilt are sisters with an unusual musical background: they’re the daughters of an award-winning yodeler. Vander Wilt took her heritage a bit further and once ... Read more »

It’s time for the return of a fan-favourite on EastEnders next week. As actress Lacey Turner is back full-time from her maternity leave, that means Stacey Slater is back on ... Read more »

PHILADELPHIA (AP) — Workers for the Philadelphia-area transit system have voted to authorize a strike next month if an agreement isn’t reached on a new contract. The Transport Workers Union ... Read more »

Neville reacts to Old Trafford embarrassment as Mo Salah scores hat-trick in 5-0 Liverpool thumping: "The board have made everyone aware that they are steadfast in their support of the manager and that he stays. Results like this undermine that, there's no doubt. This is sobering" Read more »

© Provided by Pinkvilla Ed Sheeran has taken to his official social media platform to reveal that he has tested positive for COVID-19. The singer, 30, has posted about the ... Read more »

India take the knee, Pak have hands on heart before showdown

© Provided by The Indian Express On the world stage, India took the knee. After they were asked to bat after Pakistan won the toss, the Indian players did it ... Read more »

23:02:55 IST Rizwan gets off to a blistering start in the over with 6,4,4 off the first three deliveries. With three runs needed he flicks the 4th ball to long-on ... Read more »

© Provided by Pinkvilla It is TV actress Shireen Mirza’s happiest day of her life as she will be getting married today. The actress is having a spectacular destination wedding ... Read more »

Will she stay or will she go? House Speaker Nancy Pelosi declined to answer when asked on Sunday if she planned to seek another term next year. “You think I’m ... Read more »

Republican Reps. Jim Banks and Marjorie Taylor Greene were censored by Twitter after they referred to U.S. Assistant Secretary for Health Dr. Rachel Levine as a man instead of a ... Read more »

© AFP FILE: A victim of a police brutality, who was shot by Swazi Special Police Unit’s Operation Service Support Unit (OSSU), is carried away on a stretcher in Mbabane, ... Read more »

'Sign him and make him captain', 'I'll drive him to Newcastle' - Many NUFC fans buzz over news

© Provided by This is Futbol Conor Coady Plenty of Newcastle fans were left buzzing after links with Wolves captain and England international Conor Coady emerged. According to Alan Nixon ... Read more »

© Alamy Stock Photo Jamie McGrath of St Mirren is treated by physio and first aid staff. THERE WAS concern for both St Mirren and Ireland after Jamie McGrath picked ... Read more »

© Provided by Extra.ie United Fans Leaving The wheels appear to be coming off for Ole Gunnar Solskjaer’s Manchester United following their destruction at Old Trafford at the hands of ... Read more »

Photograph: Joel Carrett/AAP The Australian government says it wants to help Taiwan decarbonise its economy, flagging this as the next area of cooperation with the democratically ruled island, amid ongoing ... Read more »

A COUPLE are fighting to stop a developer from taking ten feet of land in their garden to build a new housing estate. Laura and John Allen in their 70s say ... Read more »

Umbrellas and ponchos will be a must for fans looking to attend either of the NFL’s two prime time Week 7 games. Weather forecasts are calling for rain and significant ... Read more »

© Provided by NBC Sports The Patriots pulled out a trick play to get on the board early in Sunday’s game against the Jets. Wide receiver Kendrick Bourne caught a ... Read more »

Barcelona vs. Real Madrid result: El Clasico goes to Real on goals by Alaba and Vasquez

Is This $30 L'Oreal Paris Eye Serum the Next Viral TikTok Eye Cream?

"I expect Villa to be in the market for..." – Ashley Preece drops huge AVFC transfer admission

Charith Asalanka: ‘I backed myself to play my natural game'

Can I get a COVID booster shot? And everything else you need to know.