The meeting will take place on Feb. 3 The meeting comes after a series of high-profile hypersonic test failures in 2021The 2022 NDAA included $3.8 billion for offensive hypersonic weapons and $310 million for defense against hypersonic weapons  China claims to have beaten the U.S. to developing heat-seeking hypersonic missiles that could target aircraft carriers and moving vehiclesNorth Korea, meanwhile, on Tuesday launched its fifth missile test in one monthVladimir Putin in December boasted about launching a a simultaneous salvo of its 6,670mph Zircon hypersonic missiles

The Defense Department has called a meeting of CEOs of major defense companies from across the U.S. to stress the urgency in producing new hypersonic weapons to catch up to the stock piles of foes like China and Russia.

Sec. Lloyd Austin will participate in the Feb. 3 meeting, along with Deputy Defense Secretary Kathleen Hicks and Heidi Shyu a defense undersecretary who oversees all hypersonic weapons development, according to Defense One. 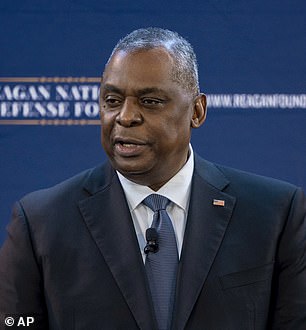 The meeting comes after a series of high-profile test failures in 2021. Hypersonic missiles, which are difficult to shoot down and move at speeds similar to intercontinental ballistic missiles (ICBMs), have been a top priority for Pentagon officials in recent years.

The budget also allocated $256 million to the Hypersonic and Ballistic Tracking Space Sensor, which is needed to to track adversaries’ hypersonic missiles in flight and guide the proposed GPI missile to its target.

The U.S. Missile Defense Agency in November awarded around $20 million each to Raytheon, where Austin used to sit on the board, Lockheed Martin, Northrup Grumman to develop prototypes of a hypersonic missile that would intercept and destroy an enemy hypersonic projectile during its unpowered glide phase.

The Pentagon had hoped to get a move on the development by awarding the contracts to each company simultaneously. 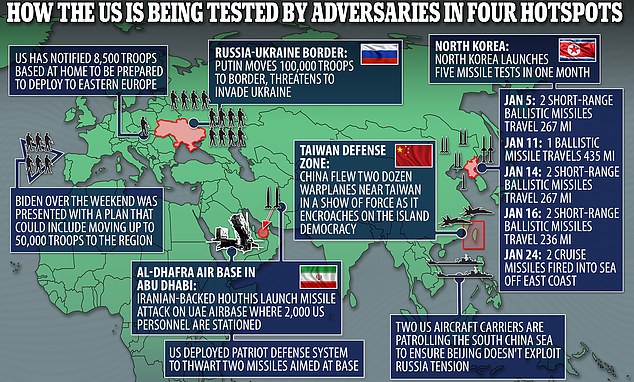 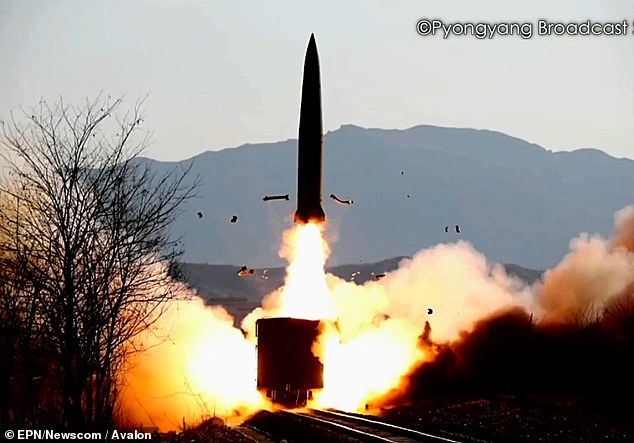 In November, Air Force Secretary Frank Kendall said flatly that the U.S. was in an ‘arms race’ with China to develop hypersonic weapons.

Earlier this month China claimed to have beaten the U.S. to developing heat-seeking hypersonic missiles that could hone in on targets including aircraft carriers and moving vehicles.

The development came after China denied testing a nuclear-capable hypersonic missile in August.

The projectile, which circled the planet, sparked concerns among officials in the US, but China insisted the missile launch was for a spacecraft.

North Korea, meanwhile, on Tuesday launched its fifth missile test in one month. On Wednesday, South Korean news agency Yonhap reported that North Korea had launched another unidentified projectile into the Sea of Japan.

At a meeting last week, which Kim attended, North Korea suggested it might restart tests for long-range and nuclear weapons, describing the threat from the U.S. as one the nation could no longer ignore.

The Pentagon has at least a half dozen publicly disclosed hypersonic weapon programs, and defense companies have spent millions building new factories and technologies.

However, they have ran into setbacks. Lockheed Martin, for example, was banned from acquiring a rocket maker by the Federal Trade Commission, which said doing so would give it a monopoly on the hypersonic market.

Others have been simple operational errors.

The Pentagon ‘made some, well, frankly, some poor decisions. We’re playing catch-up to try to make up for those decisions,’ Mark Lewis, who served in 2020 as the acting undersecretary of defense for research and engineering and is now the executive director of the National Defense Industrial Association’s Emerging Technologies Institute.

‘When boosters fail, when things fall off of rockets, that’s not a good reason to fail,’ Lewis said. ‘We’ve had a fair amount of that.’

And while the U.S. may not have the infrastructure, such as ranges and wind tunnels, to complete such aggressive testing, China in recent years has scaled up its development of wind tunnels. Neither Russia nor China are constrained to as strict of safety and environmental regulations as the U.S. is either.

And as world powers race to develop advanced weaponry, Russia has carried out a number of successful tests of its Zircon hypersonic cruise missile.

Vladimir Putin in December boasted about launching a a simultaneous salvo of its 6,670mph Zircon hypersonic missiles, saying that the development will ‘strengthen Russia’s security’.

Putin revealed the development of the new weapon in a state of the nation address in February 2019, saying it could hit targets at sea and on land within a range of 600 miles at a speed of Mach 9.