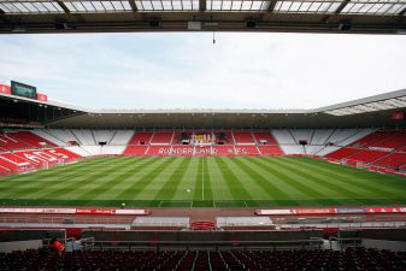 Sunderland are monitoring the condition of defender Niall Huggins ahead of their meeting with Bolton Wanderers at the Stadium of Light on Saturday, according to the Northern Echo.

Huggins was handed his second start for Sunderland since making his move from Leeds United in the summer on Tuesday night as the Black Cats secured a 2-0 win at Wigan Athletic to book their place in the last 16 of the League Cup.

The 20-year-old delivered a strong performance for Sunderland during the 79 minutes he was on the field. He managed to register his first assist for the Black Cats to set up Luke O’Nien’s goal to make it 2-0 inside 54 minutes.

The full-back also managed to make one key pass, complete one successful dribble and win five duels on the night for the Black Cats. It was a performance that showed he could be ready for more involvement in League One if called upon in the coming weeks.

However, towards the end of the game, Huggins was brought off by Johnson and the 20-year-old limped off the field, although it was expected that the issue was just cramp.

According to the Northern Echo, Sunderland are now going to monitor the fitness of Huggins ahead of their clash with Bolton on Saturday. However, it is also believed that the 20-year-old is not set to be facing a long-term injury issue.

Sunderland will be hopeful that Huggins can recover from the issue that forced him off the field against Wigan very swiftly and it seems like from this update that will be the case.

Huggins was an impressive performer at Wigan and he showed signs that he could now seriously start to challenge for his place in the side in League One over the next few weeks and months.

Johnson has so far put his faith in Carl Winchester to start at right-back for the Black Cats this term, but Huggins has a lot of quality and he showed that he can add some real extra attacking spark to the side from that position against Wigan.

Keeping fully fit is obviously going to be vital for Huggins if he wants to continue to push Winchester for his place in the side. Therefore it is important that he returns to action and if he can make the squad for the trip to Bolton that will suggest that he is over any issue and is ready to continue his improvements.

How to care for satin pothos: watering, propagating and where to position it

GPs are like pilots and will make errors if overworked, warns doctors' leader

Doctors have faced criticism from patients and politicians over access to face-to-face appointments – Anthony Devlin/PA GPs are like airline pilots and will make mistakes if forced to work overtime, ... Read more »

‘It's such a senseless act': shock in Leigh-on-Sea at David Amess killing

French president Emmanuel Macron looks on during the closing ceremony the 127th National Congress of the French Fire Brigade in Marseille – PASCAL POCHARD-CASABIANCA/AFP At a meeting in the mountains ... Read more »

Former health secretary Matt Hancock has seen a United Nations job offer withdrawn. Mr Hancock this week announced he had been appointed a special representative to the UN in an ... Read more »

Ronaldo 'tells Solskjaer he wants to start EVERY game'

© Provided by Daily Mail MailOnline logo Jurgen Klopp has unleashed a furious rant at broadcasters who decided Liverpool’s game against Watford would kick off at lunchtime. The Reds kicked ... Read more »

Manchester United have defended the decision for the squad to take a short 100-mile flight for their Premier League clash with Leicester on Saturday afternoon. © Provided by 90min Man ... Read more »

ROME (Reuters) – Massimiliano Allegri says his focus is on lifting Juventus up the Serie A standings and not on his rivalry with Jose Mourinho ahead of Sunday’s meeting with ... Read more »

Spanish court allows extradition to US of Venezuelan suspect

Roberto Firmino struck a hat-trick and Mohamed Salah scored for the eighth consecutive game as Liverpool delivered a masterclass in a 5-0 demolition of Watford on Claudio Ranieri’s Premier League ... Read more »

On vaccine hesitancy, what would Jesus do?

Death in space: here's what would happen to our bodies

China, coal and COP26: can the world's biggest emitter give up its dirty habit?