Universal Credit is designed to help individuals who are out of work or unable to work. However, it also provides vital support for those who are working but currently on a low income. The payment from the Department for Work and Pensions (DWP), has proven a lifeline for millions of people, particularly the uplift which was installed throughout the COVID-19 crisis over the last year and a half. However, as this temporary measure comes to an end, alongside other formal support such as the furlough scheme, Universal Credit recipients have been issued an urgent warning about how their payments could be impacted by certain actions.

The warning relates to the access of pension savings, which while providing financial security to individuals, could actually end up having the opposite effect when it comes to Universal Credit payments.

Sir Steve highlighted that large number of people aged 55 and above who access their pension savings could end up inadvertently impacting the benefits they receive.

As many turn to their pension pot to provide them with an extra cash boost, they could lose out on Universal Credit at a time where a £20 cut is already looming. 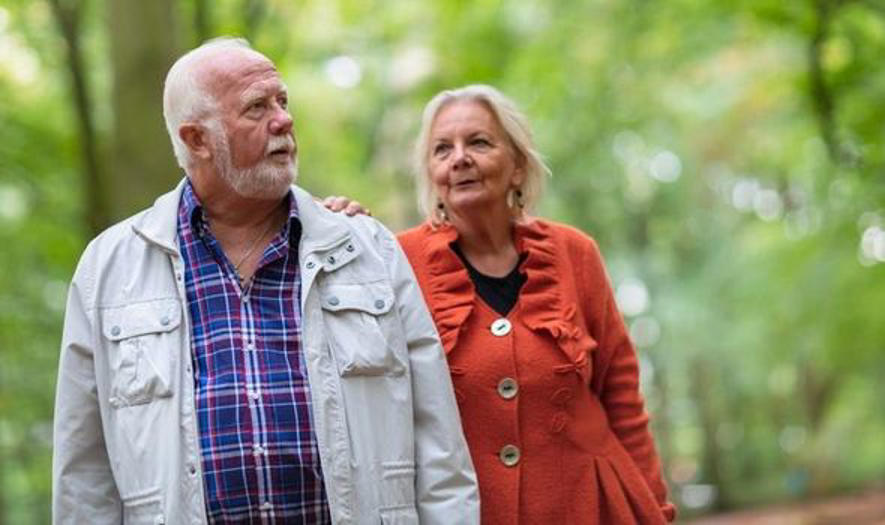 Taking money out of one’s pension means a person ends up with a higher amount in savings, and under Universal Credit rules this could impact the amount of support a person can receive.

The terms laid out by the DWP mean those who have more than £16,000 in savings or capital will not be able to receive Universal Credit.

The DWP website states: “You may be able to get Universal Credit if you and your partner have £16,000 or less in savings between you.

Indeed, having just £6,000 in savings may mean a person ends up losing out on local authority support. This can come in the form of bill help such as council tax.

There is also another way pension freedoms rules could end up impacting Universal Credit payments, and Britons are being urged to pay attention.

The matter concerns individuals who purchase an annuity, a product which allows Britons to swap their pension savings for a regular and guaranteed income which lasts for the rest of their lives.

Rules, however, mean that each pound of an annuity may be deducted from a person’s benefit salary. This could also, therefore, have a knock on effect in terms of income. 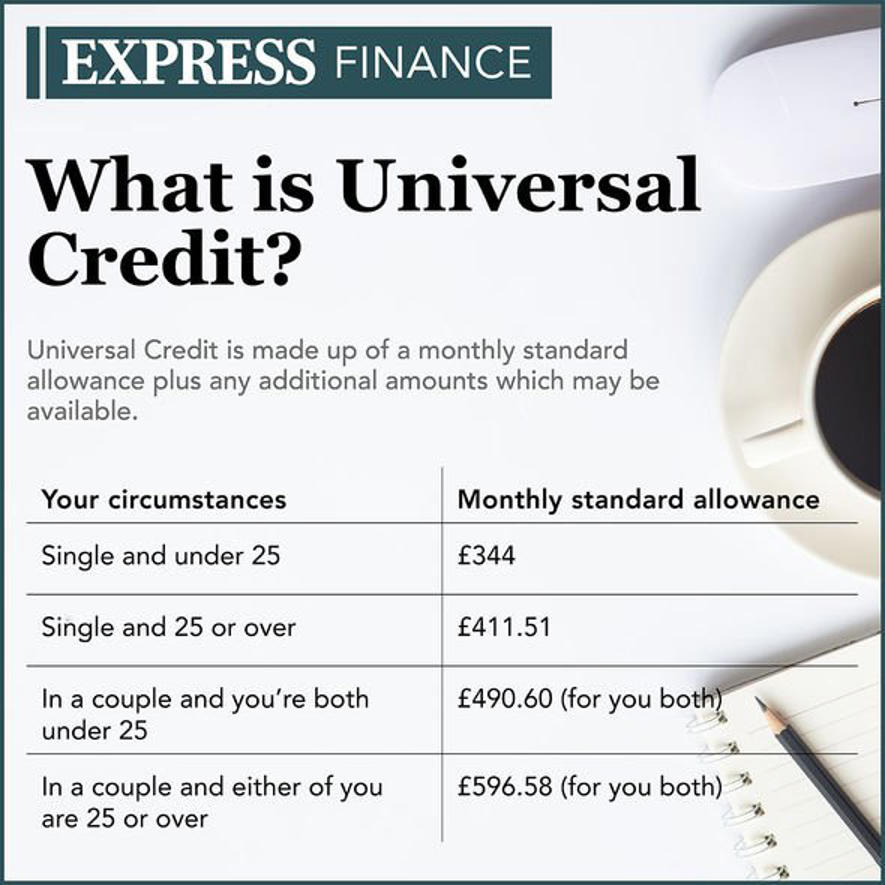 A report undertaken by Lane Clark Peacock showed there are more than 1.5million people in the age group of 55 to 65 who are currently on benefits such as Universal Credit or Employment and Support Allowance (ESA).

If any of these individuals choose to take money from a pension, perhaps to boost their income during this challenging time, they could see their benefits impacted.

Sir Steve Webb, of LCP, said: “Giving people a choice about how and when to take their pension is a good thing, but there is no doubt that people need more help and advice about how to make the choice that is right for them.

“The benefits system, particularly for those of working age, was never designed with this situation in mind.

“With millions of people starting to build up modest pension pots through automatic enrolment, this issue is only going to get bigger.

“It is unreasonable to expect individual savers to understand all of this complexity.

“The industry and regulators need to work together to help people make the right choices.”

The DWP told Express.co.uk that claimants can seek advice from their work coach before accessing funds if they are unsure how it may affect their claim.

Congress has a new plan to fix Social Security. How it would change benefits

Trader Joe's Probably Won't Be Open On Thanksgiving, So Get Your Mashed Cauliflower Early

The Queen cancels her visit to a climate change summit, following advice to rest

Astralis, GODSENT, paiN, and Sharks on verge of elimination from PGL Stockholm Major

© Provided by Pinkvilla On Tuesday, October 26, actor Divya Agarwal took to social media to share a slew of stunning photographs from her latest photoshoot. While Divya rarely goes ... Read more »

© Provided by Zee News New Delhi: The NationaI Investigation Agency (NIA) on Tuesday conducted searches and arrested two people in connection with a case of hurling bombs at the ... Read more »

A rainy spell at the end of October is very unlikely for Delhi. Western disturbances, which normally occur in December and January, have come early to Northern and northwestern India ... Read more »

© Provided by BollywoodLife.com It is time to walk you through the trending entertainment news of the day. From Shah Rukh Khan‘s son Aryan Khan may fail to get bail ... Read more »

Nato was a political failure in Afghanistan, says defence secretary

Nato’s political campaign in Afghanistan was a failure, the defence secretary has admitted, as he insisted that the western alliance had not suffered a military defeat at the hands of ... Read more »

Convey no to increase of BSF jurisdiction in Punjab to Centre now: Sukhbir to Channi

The Queen is known for her strong constitution and no-fuss approach to her infrequent illnesses. The 95-year-old monarch’s overnight stay at King Edward VII’s Hospital last week was her first ... Read more »

Video: GPs should get cash 'incentives' for making face-to-face appointments this winter to ease pressure on hospitals, MP says

Video: Olivia Jade says she's 'nervous' to talk about her parents' participation in the college admissions scandal because she fears being 'canceled again'

From Gisele Bundchen to Gigi Hadid, these are the HIGHEST paid supermodels today

© Provided by Pinkvilla While being a model looks glamorous as ever, it’s a lot more work than it looks. Supermodels like Gisele Bündchen, Naomi Campbell, Cindy Crawford, Kate Moss, ... Read more »

JONATHAN Ross is left heartbroken at the sad loss of his of family pet pug Piglet. The TV presenter, 60, shared a touching tribute to his adorable pooch who died ... Read more »

Video: One of the world's biggest ever dark web police stings leads to 150 arrests including 65 in US and 24 in UK

Convicted rapist, 40, 'told friends he heard voices and warned police he had a machete before he stabbed lover, 23, to death in a Holiday Inn', court hears

Taye Francis knifed Khloemae Loy in hotel in south-east London in July 2020He then fell 50 feet as he tried to escape from a fifth-storey windowOn May 6, Francis texted friend saying he had been 'hearing voices' When police visited his flat eight days later, he told them he had a machete  Read more »

© Provided by DNA The Central Investigation Agency (CBI) has arrested 5 people, including a Commander-rank Serving Officer of the Indian Navy who was currently posted in Mumbai for leaking ... Read more »

The Queen will no longer travel to the Glasgow climate summit next week, Buckingham Palace says

The Queen will not attend COP26, the Glasgow climate summit, in person next week, Buckingham Palace says. Her Majesty had been scheduled to attend the evening reception on Nov. 1, ... Read more »

The Guardian view on a Dutch solution: make land out of the sea

What should governments – and people – do, confronted by the terrifying force of nature? It is the question of our age. But one answer, found on mainland Europe, serves ... Read more »

A New Jersey assistant teacher has been suspended for allegedly telling an Arab-American high school student “we don’t negotiate with terrorists” when he asked for more time to complete an ... Read more »

Tom Brady jokes that his coach is out of shape, and says he's trying to get him to quit packaged foods and count calories

The Big Picture: Katrina Kaif & Ranveer Singh to engage in a dance off on their hit numbers

© Provided by Pinkvilla Ranveer Singh’s photo-based quiz show, The Big Picture has been quite popular among viewers right from the very start. Many celebrity guests have graced the show ... Read more »

A study by money.co.uk investigated Britons’ understanding of pensions and found that the majority had no idea what payments they would be entitled to when they retire. When asked how ... Read more »

GPs should get cash 'incentives' for making face-to-face appointments this winter to ease pressure on hospitals, MP says

23:20:58 IST Well that brings us to the end of our coverage from today’s double-header. The teams in green grab victory in both fixtures as South Africa got the better ... Read more »

Kickstart for bad birdwatchers: joining an expert-led tour on the Thames

Once or twice a year I’ve been gifted with the sight of a kingfisher flashing past, a mesmeric blur of blue far too exotic to belong in Britain. So to ... Read more »

Glasgow Airbnb host banned from taking bookings during the COP26

© Provided by Daily Mail MailOnline logo A Glasgow Airbnb host has been banned from taking bookings during the COP26 climate change conference after trying to squeeze an extra £1,449 ... Read more »

A city plagued with seagulls has planned to play recordings of the birds in distress in an attempt to get rid of them. © Worcester News / SWNS Gulls on ... Read more »

Pep Guardiola is expected to make several changes for Manchester City’s cup tie with West Ham – but will play a stronger side than in the last round against Wycombe ... Read more »

How to level up fast in Roblox Anime Fighting Simulator

Cop26: The Queen will not attend summit in Glasgow next week

Facebook's metaverse project will help drive as much as 22% upside in the stock, Bank of America says

Fox broadcaster Joe Buck makes confession: 'I have peed in a bottle while calling an NFL touchdown'