On a video posted on The Ramsey Show – Highlights YouTube channel in 2018, Dave Ramsey was delighted to speak to the couple about how they were able to pay off their $984,000 (around £716,799.72) debt over a ten-year period. Amir and Connie also revealed on the show that they will be paying off their children’s mortgages too.

“You guy’s a changing your family tree big time.

“They own homes now! Touchdown baby, that’s as good as it gets.”

When explaining why they did this, Amir said: “We were really clear that the best thing we can leave to our kids is the wisdom to know how to handle their lives. 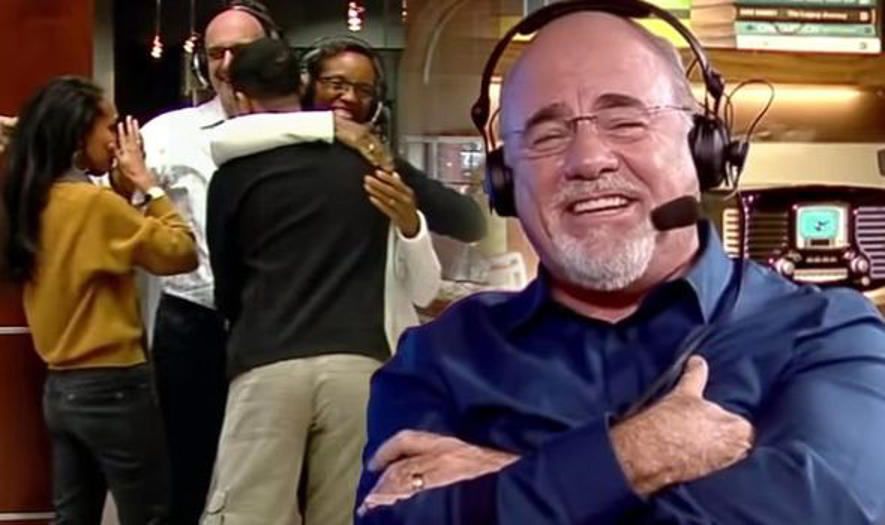 “I look up to them, they have their finances together and everything else in their life, so we figured we want to get them off to a great start.”

Amir and Connie opened their own practice called The Ghannad Group as a way to help others with their leadership development, as well as helping them reach their goals.

They guide leaders to create “extraordinary cultures” which is supposed to deliver “breakthrough results and unprecedented fulfilment”.

The Ghannad Group is a family run business so Amir and Connie work alongside their children, Naveed 30, and Nassim, 29.

DON’T MISS‘Just heart-breaking’ Teenager saddled with £36,000 debt as fraudsters hacked into PayPal [WARNING]Britons urged to cash in their old bank notes and switch for valid cash [WARNING]Martin Lewis explains what you must do if your direct debits are increasing [ANALYSIS]

Connie is the “main engine” behind the family’s success, and she explained how she became determined to be debt free and the steps she took.

Whilst watching a reality show, a family of 10 were asked how they were able to afford such a big family, and they answered because they are debt free. Connie wanted that for herself as she only had two kids, so she believed it was possible.

After doing research, she signed up for Dave Ramsey’s Financial Peace University (FPU). 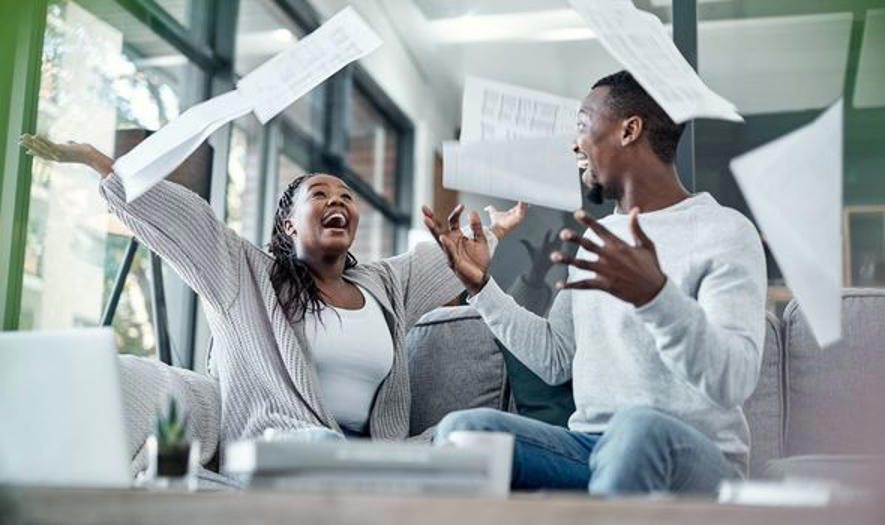 FPU is a nine-lesson course that teaches people how to save for emergencies, pay off debt fast, spend wisely, and invest for their futures.

Connie signed up to FPU ten years ago, and said “it’s history from there”.

“But the house has been the albatross. We bought this house before we met you [Mr Ramsey] and we thought, ‘What have we gotten ourselves into’ and we were upside down but we decided to use our house to be a blessing to other people and hold classes and all of that.

“On September 17 we were able to write that check and make it all happen.”

When asked about the secret to paying off debt, Connie said: “Being on the same page and sticking with it.

“My goal was to be right here where I am today and do this debt free scream.

“So, looking at that, and watching you online really made a difference.

“And before you tell people to let out their debt free screams you say, ‘Believe that it can happen, it does happen, every day in America.’

“That phrase brought tears to my eyes because I believed that it could happen, and it did for us, and it can happen for anybody who puts these steps in order.”

Video: Alright petal? Flower 'boy' has wedding guest in hysterics as he struts and wiggles up the aisle

How to spot a sex offender: Criminologist reveals the five common traits they share - and explains why their horrific crimes are often badly misunderstood

Ski holidays back on as tourists allowed to transit through Switzerland

‘Typical', ‘This is relegation form' – Many Bradford City fans react to recent events

In memory of John Sillett, the man who sent the Cup to Coventry

© Everyone must self-isolate for 10 days if they come into contact with a case of the Omicron variant … New legislation brought in to tackle the Covid Omicron variant ... Read more »

© Provided by Jagran English New Delhi | Jagran Brand Desk: Whether you’re looking to redo your home to increase its value or to suit the needs of your loved ... Read more »

CRED, a platform for creditworthy individuals, banks and merchants, will acquire Happay, a business expense, payments and travel management platform Pexels The acquisition is expected to be a cash and ... Read more »

When Milind Soman‘s wife Ankita Konwar is not serving fitness motivation for her followers on her Instagram page, her account is a serotonin overload. The 30-year-old actively talks about the ... Read more »

© McLaren McLaren 2022 F1 car The young Briton has driven early versions of the new 2022 design in his McLaren’s team simulator, as preparations ramp up for the all-new rules next ... Read more »

IPL 2022 Retention: List of ten big players released by franchises ahead of mega auction and why they were ignored

It’s official. The existing eight franchises of the Indian Premier League have finally ended the suspense as a total of 27 players have been retained across all teams. While there ... Read more »

India vs New Zealand 2021: Ishant Sharma needs couple of Tests to get his rhythm back, says bowling coach Paras Mhambrey

© Provided by Zee News Ishant Sharma’s lack of rhythm can be attributed to lack of game time and it would take a couple of Test matches for him to ... Read more »

MONTREAL — After Marco Ayotte’s uncle used a homophobic slur toward him in July 2018 and said he should kill himself, Ayotte didn’t just fume about a vulgar, insensitive relative. ... Read more »

Xbox series X stock – live: Argos restock is available now – how to get a console

Fully vaccinated international travellers can provide a test taken within three days of departure under current rules. The USA reopened its borders at the start of November. Sources have said ... Read more »

Covid's next move: inside the 3 December Guardian Weekly

The Covid B.1.1.529 mutation was first identified by South African and Botswanan scientists early last week. Within 72 hours, it had been renamed Omicron and designated the fifth variant of ... Read more »

Japan has asked international airlines to stop taking new reservations for all flights arriving in Japan until the end of December as the country further tightens its border controls against ... Read more »

A RNLI lifeboat was allegedly targeted by protesters objecting to the rescue of migrants. © REUTERS Migrants arrive from France to UK 251121 The incident at Hastings Lifeboat Station happened ... Read more »

Just as people in Whatcom County are recovering from historic flooding, heavy rains present a whole new threat. Now, they face the possibility of a third wave of floods. Read more »

NEW DELHI: India’s GDP growth in July-September reflects a rapid rebound in the economy from the lows of the deadly second wave of the COVID-19 pandemic, but looking ahead the ... Read more »

Lake that dried up 100 years ago returns as rains swamp northwest US A river that dried a hundred years ago has filled up again as heavy rains continue to ... Read more »

I’m getting a little panicky because I haven’t bought a single thing for the holidays… Are you in the same boat? Depositphotos.com contributor/Depositphotos.com – MarketBeat But maybe that’s okay, because ... Read more »

Albertsons Companies, Inc. (ACI) Stock Moves -0.68%: What You Should Know

The omicron variant continues to spread around the world. Japan is the latest country to report a case and the Biden administration continues to urge people to get boosters. The ... Read more »

Sail Through Omicron-Induced Market Volatility With These ETFs

The Metaverse is Here to Stay Imagine an interactive world that combines multiple elements of technology such as virtual reality, augmented reality, and video to offer users a truly unforgettable ... Read more »

WASHINGTON, D.C.: The US Federal Trade Commission (FTC) said on Monday it has launched an investigation into supply chain disruptions and has ordered nine large companies to provide detailed information ... Read more »

Ethiopia govt claims to retake town near capital from rebels

Former Ryanair and BA cabin crew reveal what life was like at 38,000ft

Is Watford vs Chelsea on TV tonight? Kick-off time and how to watch Premier League fixture