People who are blind, or who live with someone who is blind, can receive this concession regardless of their age. This discount on the television fee is set by the Government and covers anyone living in the same household as the person who is blind. However, those who are registered as partially sighted or sight impaired will not be able to qualify for this concession on the BBC fee.

A TV licence is needed to watch or stream live television programming, or to watch BBC programmes on iPlayer.

The fee usually changes at the beginning of April each year with the Government being in charge of setting the level of the fee.

In 2016, it was announced that the television fine would be increased in line with inflation every year for five years from April 1, 2017. 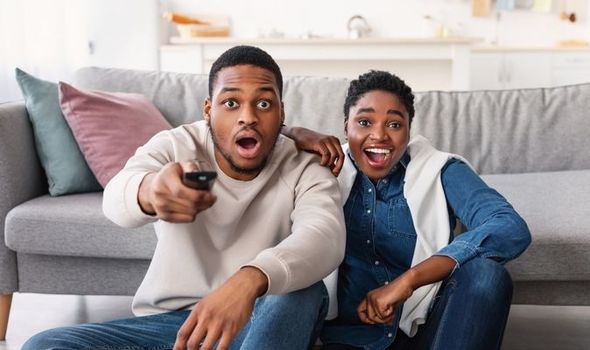 When the discount for the blind is applied, the cost falls to £79.50 for a colour TV Licence and £26.75 for a black and white licence.

In order to claim this concession, recipients of the discount must prove they meet the necessary criteria to claim it.

This will include providing the necessary documentation to prove they are severely sight impaired, which can include either a CVI (Certificate of Visual Impairment) or BD8 Certificate.

As well as this, a certificate or document issued by a Local Authority that confirms someone is registered as blind or a copy of a certificate from an Ophthalmologist eye surgeon showing the same will also be accepted.

Once this evidence has been handed over to the TV Licensing authority, the same information will not need to be provided again.

To begin the application process, claimants will need to print out a form which can be found on the TV Licensing website. 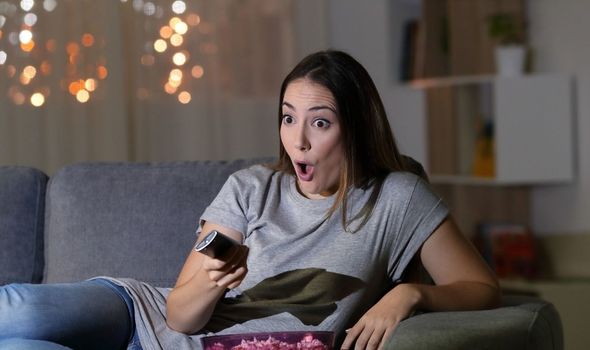 There is also the option of transferring a current TV Licence to put it under the name of a blind person who is also living at the same address.

On its website, TV Licensing states: “If you already have a TV Licence, but it isn’t in the name of the person who is blind (severely sight impaired), you’ll need to transfer the licence into their name.

“If the blind person is under 18, the application will need to be made in their name and with their medical certificate showing proof of entitlement.

“There is no minimum age as long as the appropriate evidence is forwarded to us.

“You can do this by making a first time blind application. You’ll just need to enter the existing TV Licence number for your address when you apply.”

Other discounts are also available on the TV Licence for people who are not blind, including for pensioners.

Care home residents may be able to get a discounted TV licence fee of £7.50 due to residents and staff all needing separate licences for their own living quarters.

Those aged 75 or over, who claim Pension Credit, are eligible to apply for a free TV Licence, which is paid for by the BBC.

Recent trends should keep NFL bettors away from road teams

Rooney flattered by Everton links - but no approach made

© PA Wayne Rooney says Derby’s administrators have not been approached by Everton over him potentially taking over as manager Wayne Rooney insists there has been no contact from Everton ... Read more »

© Provided by Zee News New Delhi: The Ministry of Information and Broadcasting (MI&B) has ordered the blocking of 35 YouTube news channels operated from Pakistan along with two websites ... Read more »

COVID-19: Decision to lift Plan B rules is 'disaster' for healthcare which is 'at proper low' - NHS doctor

Plan B restrictions, which include COVID passes and mandatory masks in shops and on public transport outside London, will expire on 27 January. Read more »

John McEnroe has bemoaned the fact Nick Kyrgios has rarely shown the potential the entire tennis world knows he has. The American’s comments came in the wake of Kyrgios’ exit ... Read more »

Soccer-Man Utd's Lindelof to spend time with family after break-in at home: Rangnick

Is Allu Arjun`s `Ala Vaikunthapurramuloo` not releasing in Hindi on January 26?

© Provided by Mid-Day If sources are to be believed, the theatrical release of the pan-India actor’s Hindi version of ‘Ala Vaikunthapurramuloo’ has been pushed and as per the latest ... Read more »

© Provided by Football FanCast premier-league-carlos-sevilla-newcastle-howe A huge Newcastle United transfer claim has been made regarding their pursuit of Diego Carlos… What’s the talk? Italian journalist Fabrizio Romano has revealed ... Read more »

Donny van de Beek appears to be getting closer to a Manchester United exit, with three teams making contact with the midfielder. The Dutch international struggled for minutes under Ole ... Read more »

Sue Gray: The woman who could bring down Boris Johnson

Senior civil servant Sue Gray is currently the most talked about person in British politics, but what more do we know about her, the ‘partygate’ investigation and the power she ... Read more »

The Batman's Robert Pattinson 'haunted' by joke that enraged fans

The development of The Batman has been a rocky journey. The release date has been pushed back numerous times, with production halting more than once due to the coronavirus pandemic. ... Read more »

Mark Drakeford says the country has "passed the Omicron peak" and can keep lifting restrictions as part of its "careful and phased plan". Read more »

Now, six members can be registered using one mobile number on Co-WIN: Govt

© Provided by Zee News New Delhi: The Union Health Ministry on Friday said that against the earlier limit of four, now six members can be registered for Covid vaccination ... Read more »

© Provided by Pinkvilla The Kapil Sharma Show is one of the most entertaining shows on TV. The show features some of the ace comedians of India including Kapil Sharma, ... Read more »

Daily use items to get costlier: Dabur, ITC, HUL, other FMCG firms may raise prices by up to 20% as costs rise

© Provided by The Financial Express FMCG firms to increase prices of products by up to 20% in 2022. Image: Bloomberg Major FMCG companies in India are considering yet another ... Read more »

Photo posted on Instagram by Gucci Italian luxury fashion house Gucci has been receiving flak on social media for using real tigers in their advertising campaign. The label launched the ... Read more »

© Provided by The Guardian Photograph: Toby Melville/Reuters Retailers are bracing themselves after a sharp fall in December spending was expected to be the prelude to a tough year ahead ... Read more »

© Provided by The Times of India NEW DELHI: The merged Union territory of Dadra and Nagar Haveli and Daman and Diu will now have more stringent provisions in its ... Read more »

Bigg Boss 15: Karan Kundrra's parents on his relationship with Tejasswi: Want to meet & share our views

© Provided by Pinkvilla In one of the latest episodes of Bigg Boss 15, Karan Kundrra’s parents connected with him through a video call. The actor spoke to his parents, ... Read more »

Two of the most popular social media platforms are now planning to incentivise their creator base. Instagram has started testing subscriptions in the US, a feature that lets creators offer ... Read more »

© InsideEVs Blink Network It’s time for another dose of interesting EV news, and it’s sort of a European tour. We’ve rebranded our newsletter for 2022 and now go by ... Read more »

© Provided by Independent Online (IOL) THE Matric results are out, celebrations are under way and very soon, university registration will commence, and for some bags will be packed as ... Read more »

Shopkeeper Duped of ₹11 lakh. Gets Fake Bundle of ₹40 lakh in Exchange

© Provided by News18 Shopkeeper Duped of ₹11 lakh. Gets Fake Bundle of ₹40 lakh in Exchange It is said that greed does not pay off well. It is greed ... Read more »

WFH forever? Whitehall will only have office space for HALF of civil servants based there under government plans - as ministers urge staff to come back to HQs that are costing taxpayer nearly £10,000 a year per person

A fifth member of a gang that tried to smuggle 69 people into the UK on a converted fishing boat has been jailed, after his sentencing was delayed as he ... Read more »

Actor Shilpa Shetty Kundra has one of the most eclectic wardrobes in the Hindi film industry. The actor and reality TV show judge never shies away from experimenting, whether it ... Read more »

Gashmeer Mahajani has quit Gul Khan’s Imlie. Rumours were doing the rounds for quite some time now that Gashmeer Mahajani is quitting Star Plus’ popular show Imlie. The actor plays ... Read more »

London saw the largest decrease in the number of dentists doing NHS work in the entirety of England in 2020-21 after hundreds of dentists across London went private or left ... Read more »

Can a smartphone spread Covid-19? Here's how to sanitize phone the RIGHT way; check list

With cases of the new variant of Covid-19, Omicron, rising exceedingly fast, the pandemic has reached the most dangerous stage again. And what is important this time too is to ... Read more »

Gehraiyaan: Ananya Panday reveals she was doubting herself, ‘Have I done an awful job?'

© Provided by Hindustan Times PU controller of examination Jagat Bhushan said that the detailed guidelines and instructions for the online examinations have been posted on the university’s website. (HT File) ... Read more »

© James Glossop On a visit to Lancashire on Thursday duchess of cambridge – James Glossop Countless surveys have found the cockapoo to be the UK’s favourite dog breed and ... Read more »

Earlier in the day, Manish Shah pulled back on the release of the Allu Arjun starrer Ala Vaikunthapuramuloo in Hindi. In a candid chat with Pinkvilla, the producer said that ... Read more »

© Provided by BollywoodLife.com Yash Pandit aka Dr Pulkit Deshpande from Ghum Hai Kisikey Pyaar Meiin is going to marry soon. And as soon as tomorrow. Yes, you read that ... Read more »

Italy rescues more than 300 migrants from boat in distress

One-off £500 payment: Who could get a Government cash grant as calls grow for cost of living support