Trump Organization CFO due in criminal court on tax evasion

Allen Weisselberg, for decades the chief financial officer of former President Donald Trump's namesake family business, is due in a New York court Friday for a hearing in his criminal case.

The Manhattan District Attorney's office charged Weisselberg and the Trump Organization last summer with tax fraud after they were accused of compensating employees “off the books” in order to pay less in taxes. Weisselberg pleaded not guilty.

According to the charging documents, Weisselberg avoided taxes on more than $1.7 million in the past 15 years, resulting from the payment of his rent on an apartment in a Trump-owned building and related expenses that prosecutors said included cars and private school tuition for his grandchildren. 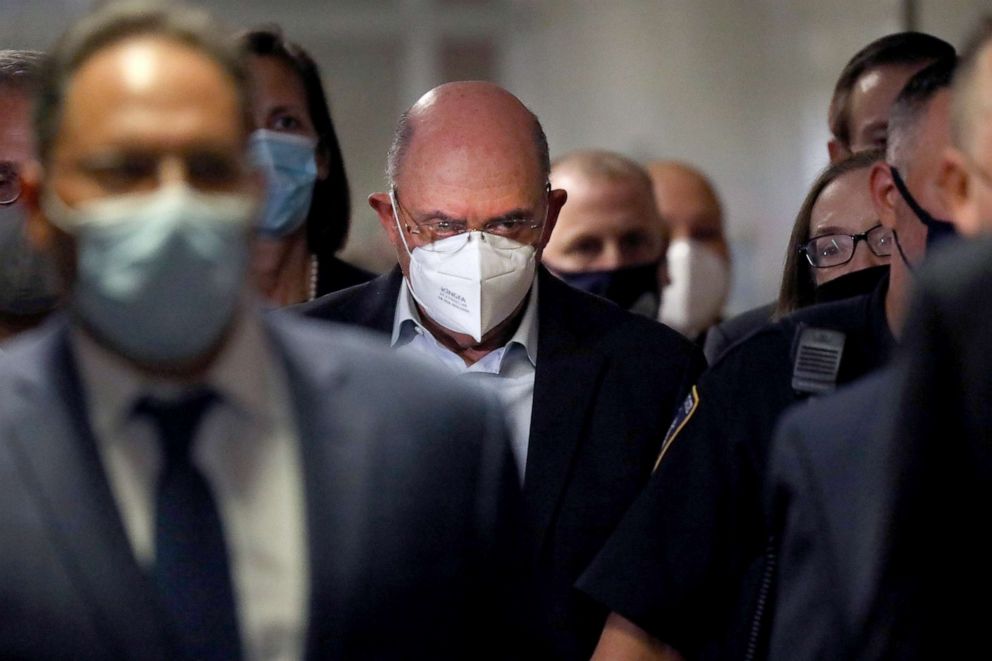 The court hearing is a capstone on an extraordinary week for Trump that began with an FBI search of his Florida residence and included a deposition as part of a civil investigation by the New York Attorney general's office.

MORE: Trump calls indictment against his company and long-serving CFO 'shameful' and a 'disgrace'

Trump has not been charged in the Manhattan DA case but the ongoing criminal investigation, which parallels the New York Attorney General Letitia James' civil case, may have factored into his decision to invoke his Fifth Amendment right against self-incrimination during Wednesday's deposition.

The hearing for Weisselberg is expected to be largely procedural but could include the setting of a trial date, which is expected sometime in October.

“If there was a deal to be reached in this case, there has been plenty of time to do it,” Mr. Gravante said. “My mission now is to lead this trial team and win, and that's what I intend to do.”

The Untold Truth Of Donnie Darko

Conspiracy theorists and 16-hour days: Inside the stress elections officials face ahead of the midterms

World Animal Day 2022: when is annual animal celebration day plus the most popular pets on TikTok revealed

Letters to the Editor: O.C. Republican’s red-baiting is sadly on brand for her party

How To Tell The Difference Between A Boeing 767 And 777

The best wireless earbuds for running, from Sony, Bose, Philips and more

Strictly Come Dancing leaderboard live: who tops the charts after Week 2, and who went from BBC show?

is now underway with a The judging panel including Shirley Ballas, Motsi Mabuse, Anton Du Beke and Craig Revel Horwood will expect to see further improvements from the contestants as ... Read more »

Sure to acquire Airtel-Vodafone in Channel Islands

The merger will result in up to £48m being invested in a new, innovative mobile network which will include 5G services, according to Sure Bharti Global Limited and Sure have ... Read more »

A “DESPERATE” family are crying out for help after being stuck in a bed bug infested house for over a year. Mum Sharon Brookes, 52, says her family of four ... Read more »

A helicopter crashed Saturday morning, Oct, 1, 2022, in the front yard of a home in southeast Fresno, California, sending several people to the hospital. Federal investigators on the scene ... Read more »

With COVID restrictions relaxed, can you go back to traveling like you used to?

With COVID restrictions relaxed, can you go back to traveling like you used to? NERDWALLET This article is reprinted by permission from NerdWallet.  About two and a half years into ... Read more »

Moeen Ali has ruled out playing Test cricket for England in the future, despite briefly considering a return under Brendon McCullum in the summer. Read more »

4 takeaways from the Giants Week 4 win vs. Bears

Anna Moneymaker/Getty Images The U.S. Supreme Court hears arguments on Tuesday in a case that could put another nail in the coffin of the landmark Voting Rights Act, first passed ... Read more »

Christophe Soumillon has had his retainer with the Aga Khan ended with immediate effect following last week’s incident at Saint-Cloud. Read more »

PRINCE Harry and wife Meghan give an aura of “dutiful superheroes” in their newly-released official portraits, according to body language expert Judi James. The pictures of the couple were taken ... Read more »

A large chunk of Florida’s Turnpike in Hollywood will close for repairs all of Sunday, the Broward County Highway and Bridge Maintenance Division announced Friday. The section between Hollywood Boulevard ... Read more »

Search efforts are still underway, with more than 1,600 people rescued in Florida since Ian tore through. Read more »

Congestion pricing? How about bulldozer blades on buses?

Closeup detail of several Social Security Cards representing finances and retirement (Shutterstock) “It was the best of times, it was the worst of times.” That famous phrase from Charles Dickens ... Read more »

Crash closes 1 lane of Corridor G KANAWHA COUNTY, WV (WOWK) – One person was injured in a crash on Corridor G this evening. The two-vehicle crash happened at approximately ... Read more »

TROY BURICK The St. Thomas Aquinas football team will have another bye week. Head coach Troy Burick confirmed that Friday’s home game against Warren JFK has been canceled because of ... Read more »

'Emotionally, it's been the hardest period of my life': Molly-Mae Hague reveals she 'cries five times a day' as she details her pregnancy journey

Molly-Mae Hague has admitted she has ‘cried five times a day’ during her early pregnancy she updated her fans on Monday. The influencer, 23, said she has found the experience ... Read more »

'Don't try this at home!' Amanda Holden, 51, flashes her legs in a black miniskirt as she hilariously wears stilettos while using exercise machine

Amanda Holden joked with her fans as she hilariously wore stilettos while attempting to use a stepper exercise machine in a Tuesday Instagram post.  The TV personality, 51, flashed her ... Read more »

Richard Devries, 66, right, appears in court with his attorney Richard Schonfeld on Wednesday, Aug. 24, 2022, in Las Vegas. Devries is one of three men arrested in connection with ... Read more »

Hot water bottles come in various sizes, from pocket-sized miniatures to extra-long styles. (Getty Images) Whether you're somebody who's permanently cold, you'll know how game-changing a hot water bottle can ... Read more »

, 31, from New York took to TikTok to criticise the new Netflix film based on the life of Marilyn Monroe. The movie named Blonde is based off the fictional ... Read more »

The national park that reversed the destruction of civil war

Stop Questioning People's Invisible Illnesses – It's None Of Your Business

Inter Milan take on Barcelona in what could be a Champions League classic on Tuesday and Liverpool targets Nicolo Barella and Marcelo Brozovic could be in action for the home ... Read more »

Dana Boxing Match Was ‘Lose-Lose Situation’ For Tito Tito Ortiz versus Dana White in a boxing match is on the long list of fights that got away. Despite the working ... Read more »

'It scared the hell out of me': Strictly's Matt Goss reveals he was the victim of an attempted abduction as a child

The singer, 54, revealed a man tried to 'snatch' him into a car when he was seven Matt admitted it 'scared the hell out of me' and he still remembers the man's face Read more »

Elizabeth Debicki donned a navy blazer as she transformed into Princess Diana for The Crown's sixth seriesThe Australian actress, 32, bore an uncanny resemblance to the late royal as she filmed scenes in SpainThe scenes portrayed the royal as she arrived at Luanda Airport Angola at the start of her Red Cross visit Read more »

Leading professionals from Samsung, Equiem, Tapoly and Wisdom will take to the stage at Mindspace Shoreditch on 12 October 2022 to host the panel: “What I wish I’d known at the start of my tech career ”. Read more »

Oct. 3—SpaceX has delayed its Monday rocket launch from Vandenberg Space Force Base — and there’s a chance it won’t happen this week at all. The aerospace company was originally ... Read more »

Op-Ed: How juvenile white sharks in search of warmer waters disrupt life off the California coast

Op-Ed: Here’s how companies can strong-arm their suppliers into cutting carbon emissions

Man, 71, on life support after being beaten with bat in Modesto

Lionel Messi or Erling Haaland? Pep Guardiola narrows down the difference between them

All blue-eyed people on Earth share the same ancestor

Deadly shooting of Columbus man may be act of revenge, police say

'I feel like my immune system is attacking my face': Louise Thompson shares picture of 'horrendous' rash and reveals her son Leo is suffering from a perforated ear drum