'From Reconstruction to Jim Crow to the present day, our economy has never worked fairly for black Americans or really for any American of color,' Yellen saidIn words before the National Action Network's Annual King Day Breakfast, Yellen recalled a portion of King's 'I Have a Dream' speech The secretary then highlighted the work of the Biden administration to address the racial wealth gapShe said the Treasury had completed its first-ever equity review, and had hired the most diverse leadership, including hiring the first counselor on racial equity

In recorded remarks before the National Action Network’s Annual King Day Breakfast, Yellen recalled a portion of King’s ‘I Have a Dream’ speech where he compares discrimination against black Americans to a bounced check from the founding fathers.

‘It’s obvious today that America has defaulted on this promissory note,’ Yellen claimed. ‘But we refuse to believe the bank of justice is bankrupt.’

‘From Reconstruction to Jim Crow to the present day, our economy has never worked fairly for black Americans or really for any American of color,’ she continued.

The secretary then highlighted the work of the Biden administration to address the racial wealth gap. 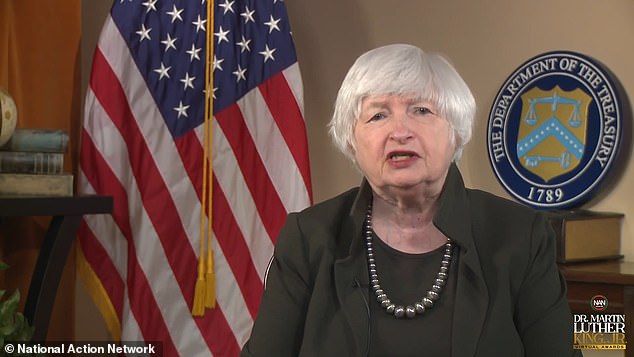 ‘From Reconstruction to Jim Crow to the present day, our economy has never worked fairly for black Americans or really for any American of color,’ Yellen said 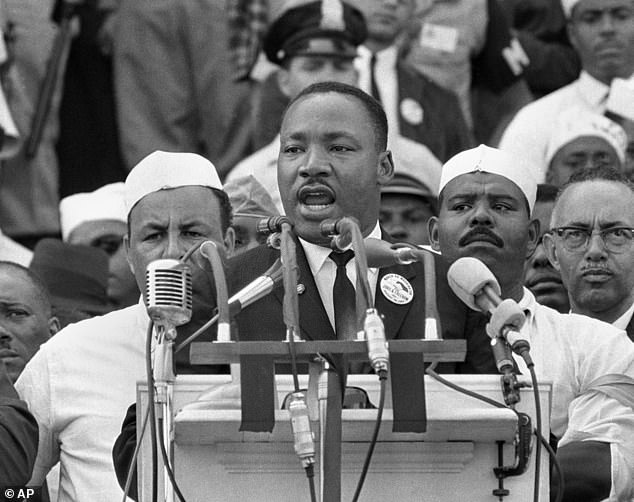 In words before the National Action Network’s Annual King Day Breakfast, Yellen recalled a portion of King’s ‘I Have a Dream’ speech where he compares discrimination against Black Americans to a bounced check from the founding fathers

She said the Treasury had completed its first-ever equity review, and had hired the most diverse leadership, including hiring the first counselor on racial equity. Yellen said that equity from the American Rescue Plan had been directed specifically to communities of color and the Treasury had injected $9 billion into community development financial institutions.

‘There is still much more work Treasury needs to do to narrow the racial wealth divide,’ she said.

The Federal Reserve determined in an analysis using 2019 figures that black families held less than 15% the wealth of white families.

The mean is substantially higher than the median due to the higher concentration of wealth at the top for each group.

Other families – those of Asian, American Indian and other descents – had lower wealth than white families and higher wealth than black and Hispanic families.

Families of all races have not been able to fully recover since the financial crisis of 2008, though the recession had the strongest effect on white families. Over the 2007 to 2019 period, wealth for the typical white family fell 11 percent while a black family’s wealth fell 7 percent.

The Fed noted that the high concentration of white wealth could be in part due to the fact that white families are far more likely to receive an inheritance or financial gift than black families – 29.9% of white families do, while 10.1% of black Americans can say the same. 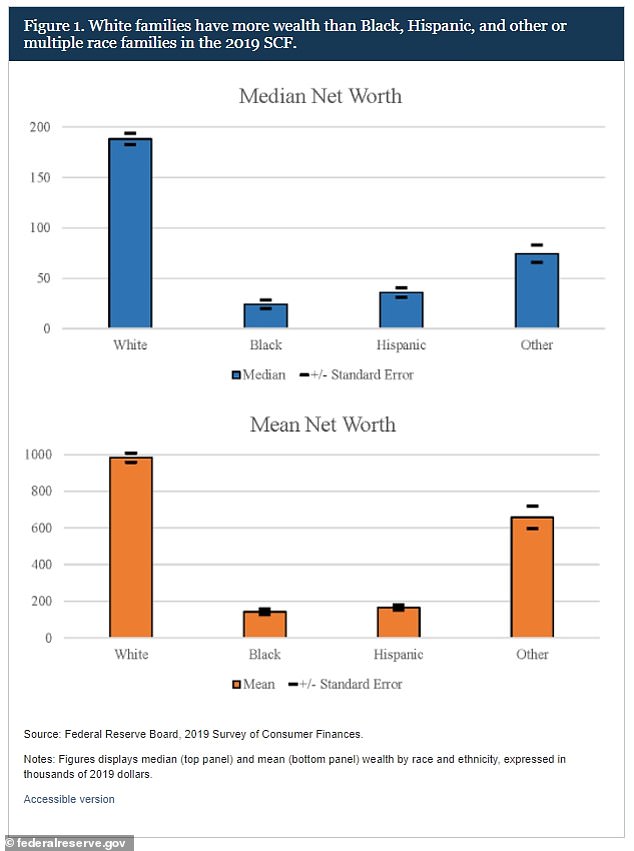 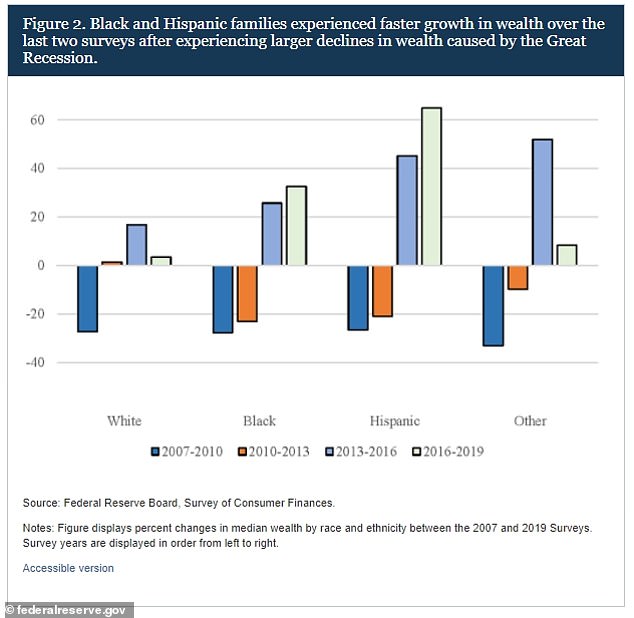 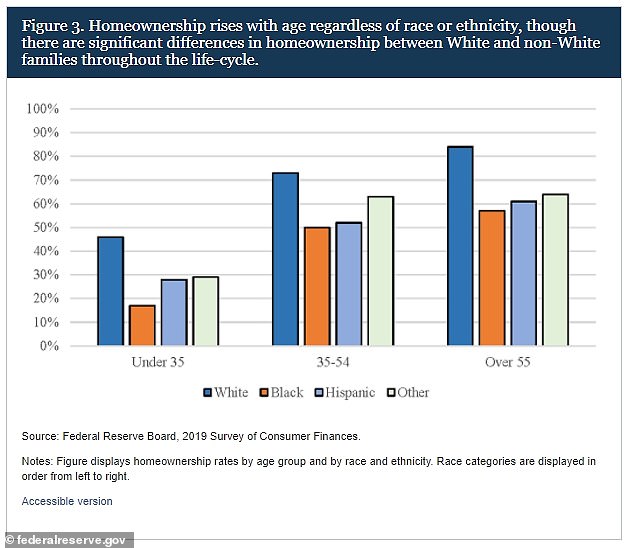 President Biden chose to focus his MLK Day address on legislation to expand voting rights that has so far failed to make its way through Congress.

‘Dr. King wasn’t just a dreamer of that promise, he was a doer. And on this federal holiday that honors him, it’s not just enough to praise him. We must commit to his unfinished work, to deliver jobs and justice, to protect the sacred right to vote, the right from which all other rights flow,’ he continued.

The president pivoted to a harsher tone as he accused Republicans of ‘attacking’ American democracy over their election security measures and once again invoked the deadly insurrection at the United States Capitol.

‘Attack (sic) on our democracy is real, from the January 6 insurrection to the onslaught of Republicans’ anti-voting laws in a number of states. It’s no longer just about who gets to vote. It’s about who gets to count the vote, and whether your vote counts at all,’ Biden said.

He said GOP efforts to strengthen security at the ballot box were about ‘two things: voter suppression and election subversion.’

‘In his time, through his courage, his conviction, his commitment, Dr. King held a mirror up to America and forced us to answer the question: Where do we stand? Whose side are we on?’ Biden said.