The BBC is at the centre of a new impartiality row after Newsnight aired a video detailing Partygate allegations.

It was accompanied by a soundtrack akin to a horror film trailer.

The clip lasted one minute and 54 seconds, but no more than 20 seconds were afforded to the Government and Prime Minister’s position.

Last night, Tory MP Andrew Bridgen, who has called for Mr Johnson to step down, said: ‘The BBC’s ingrained anti-Conservative bias is clear for all to see.

‘This is a matter for the Conservative party to deal with internally… it’s clear that the BBC is riding its hobby horse.’ 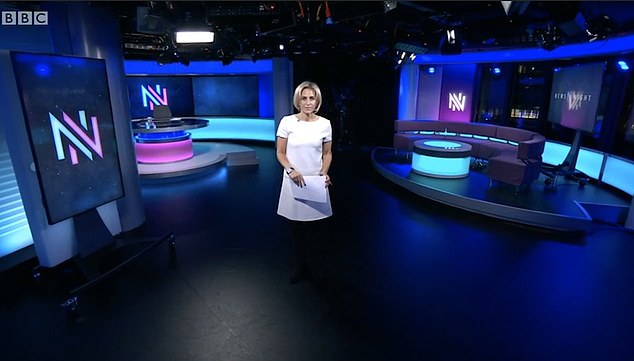 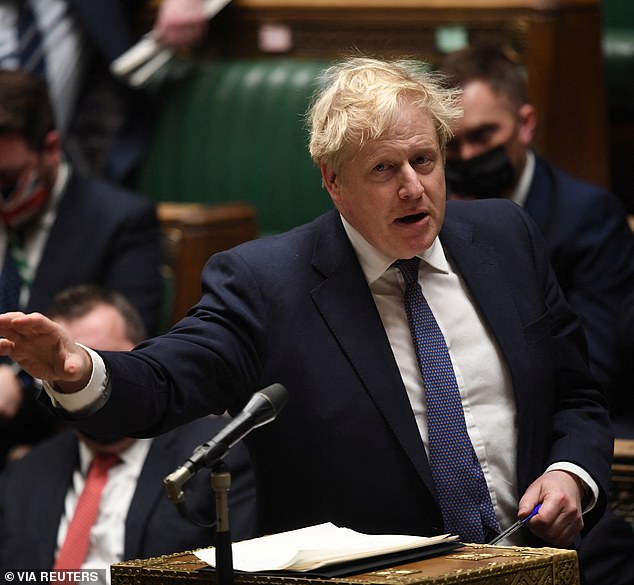 Former Tory leader Sir Iain Duncan Smith also slammed the BBC for its limited coverage of new allegations levelled at Sir Keir Starmer over breaking lockdown rules. ‘The big question is, why didn’t the BBC do more on the Keir Starmer story?’ he said.

The Newsnight video begins with clips of breaking news bulletins from ITV News and BBC News with images of the email sent from Martin Reynolds, Mr Johnson’s principal private secretary, to No 10 staff inviting them to enjoy the nice weather in the Downing Street garden and bring their own booze on May 20, 2020.

It then pans to BBC journalists such as Vicky Young and Nicholas Watt reading out anonymous quotes from Tory MPs. One says: ‘He has to go, he’s run out of road.’

Only after that does it include a short clip of Mr Johnson apologising at Wednesday’s Prime Minister’s Questions. This lasts just seven seconds and is cut off by an enraged Sir Keir.

As the background music becomes more intense, the video pans to Scottish Tory leader Douglas Ross, who says he wants his boss to resign. There follows a few seconds of Cabinet members saying Mr Johnson’s apology was heartfelt.

Newsnight’s policy editor Lewis Goodall later wrote on Twitter: ‘Been quite the week. This is one hell of an intro… if you want to relive it.’

Last night, a BBC spokesman said: ‘Our coverage has included perspectives from across the political spectrum, including different views from within the Conservative party, and has adhered to editorial guidelines on impartiality throughout.’

A source added that Newsnight had discussed allegations levelled at Keir Starmer extensively.