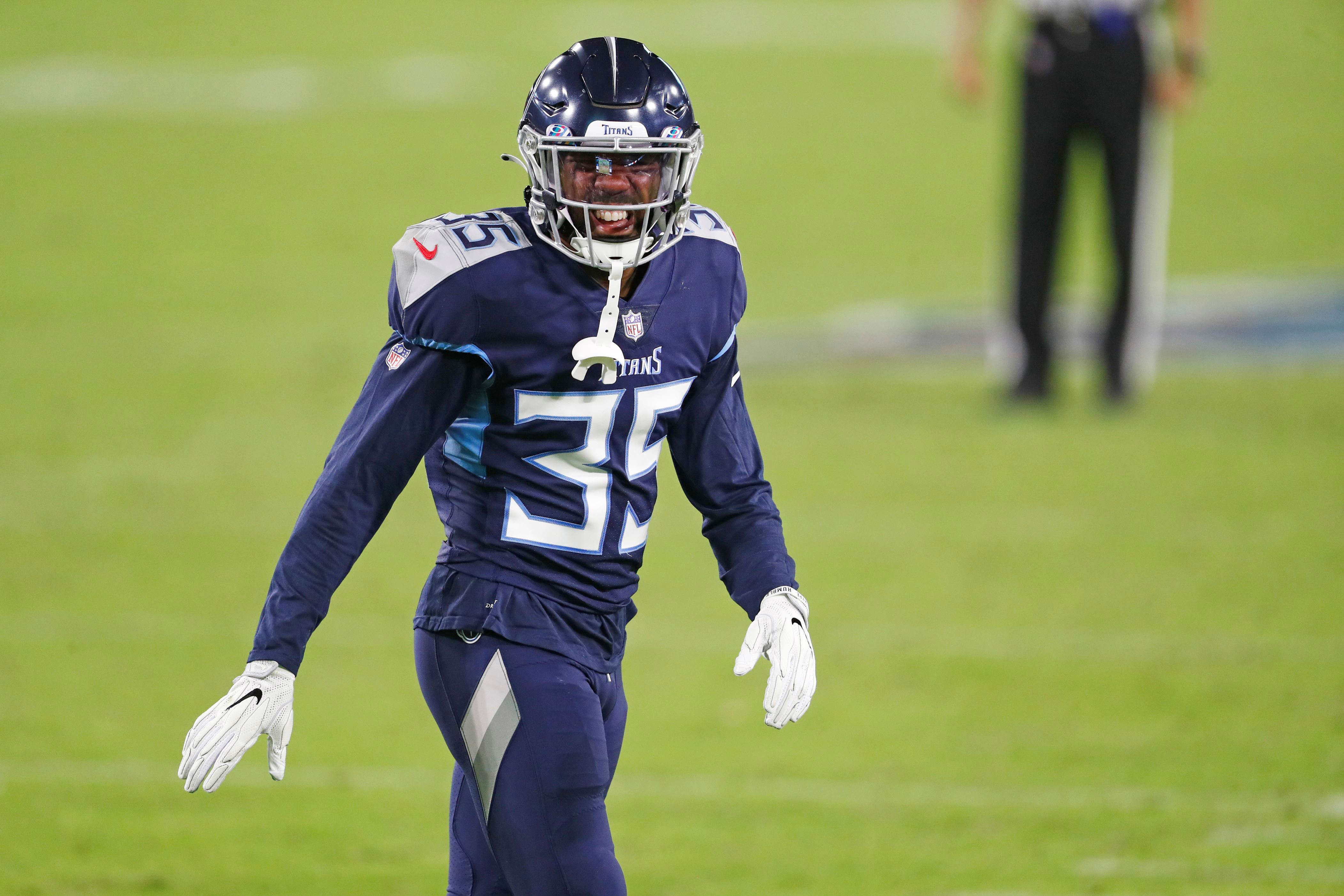 It appears we need to start paying more attention to second-year defensive back and 2020 seventh-round pick, Chris Jackson, who continues to impress with his work out of the slot in training camp.

All offseason long, the talk has been about cornerbacks Elijah Molden and Kristian Fulton possibly manning the slot in 2021, but Jackson might be emerging as a favorite with his work in practice.

On Monday, AtoZ Sports Nashville’s Luke Worsham noted that Jackson, who also had a pick during the practice, has seen a lot of time in the slot.

“Chris Jackson had a nice pick on a tipped Ryan Tannehill pass during 11-on-11,” Worsham wrote. “He continues to get a boatload of playing time at nickel CB.”

After practice on Tuesday, Jackson received some praise from defensive coordinator Shane Bowen for the work he has done thus far.

With Molden and first-round pick Caleb Farley still getting acclimated, it’s very possible neither will be ready for showtime when Week 1 rolls around.

If that’s the case, we could see 2020 second-round pick Kristian Fulton start on the outside opposite Janoris Jenkins, which would open the door for Jackson to take on the slot role, at least early on.

Semi-hot take: I wouldn’t be *totally* shocked if the #Titans starting CBs Week 1 are Jackrabbit and Fulton with Chris Jackson in the slot.

As @glennonsports pointed out yesterday, it’s been nearly two years since Farley took a live snap. It might take some time (and that’s ok).

Chris Jackson has impressed in his second #Titans camp. Playing aggressively in both coverage and vs the run.

Jackson appeared in 11 games for the Titans last season, starting in three of them. He looked overmatched and his snaps significantly decreased in the second half of the season, but perhaps he’ll be better with a year under his belt and a full training camp and preseason that he didn’t have in 2020.

Whatever the case may be, we need to start accepting the idea that Jackson could be the primary slot corner when the 2021 campaign begins.

.@Titans DB Chris Jackson (@3CJACK) has put on “10 to 15” pounds since last season. He’s feeling good, and enjoying the competition in training camp.

Quiz: Do you know what club these 28 ex-Swansea City players are playing at now?

© Provided by Football League World Championship Play-Off Semi Final Second Leg – Swansea City v Barnsley Swansea City are a team in transition, there are no doubts about that. ... Read more »

Paul Pogba’s future remains up in the air after contract talks with Manchester United stalled, according to reports. © Provided by FourFourTwo Paul Pogba The France international will be a ... Read more »

There was a bizarre moment during Altrincham’s 2-1 defeat against Solihull Moors in their National League clash on Monday evening as a fan invaded the pitch late on and produced ... Read more »

© ES Composite EFLCarabaoBurnleyTottenham21R16.jpg Tottenham need a win as they travel to face Burnley in the Carabao Cup fourth round tonight. Spurs have suffered back-to-back defeats in the past week, ... Read more »

When is the Carabao Cup quarter-final draw? Date, start time, how to watch, ball numbers and fixture dates

© PA carabaocuptrophy250821a Arsenal and Chelsea are through to the Carabao Cup quarter-finals as they both eye early silverware in the 2021/22 campaign. The Gunners’ path into the last eight ... Read more »

Fan View: Will Osimhen and Napoli win Serie A this season?

Victor Osimhen and his Napoli side will emerge as champions of the 2021-22 Serie A title, according to a large portion of Goal readers. After a fifth-place finish last season, ... Read more »

Manchester City face West Ham on Wednesday night, as Pep Guardiola‘s side continue their hunt for a fifth consecutive Carabao Cup trophy. City head into the game against the Hammers ... Read more »

© Provided by The South African American actor David Lim opened up about working with South African actress Pearl Thusi on Quantico over a Zoom interview according to IOL.  DAVID ... Read more »

LeBron James was hoping to play against the San Antonio Spurs on Tuesday night after sustaining an ankle injury during the Los Angeles Lakers’ win over the Memphis Grizzlies on ... Read more »

© PA Images Man-United-boss-Ole-Gunnar-Solskjaer-3 Ole Gunnar Solskjaer has reportedly been ‘grilled’ by his Manchester United players over his decisions at Old Trafford. The Times claim the United stars ‘hit out ... Read more »

© Christof STACHE Bayern Munich and France defender has avoided a prison sentence in Spain Bayern Munich defender Lucas Hernandez will not go to a Spanish jail for violating a ... Read more »

Former F1 driver Damon Hill thinks Red Bull have found their edge again thanks to the return of their chief technical officer Adrian Newey, who has recently missed a chunk ... Read more »

Preston vs Liverpool prediction: Klopp's rotated squad will be enough to see off Championship side

Liverpool travel to Deepdale to face a Preston North End side looking to cause a cupset against Jurgen Klopp’s side in the fourth round of the Carabao Cup. Klopp’s men ... Read more »

What time is the World Series tonight? TV schedule, channel to watch Astros vs. Braves Game 2