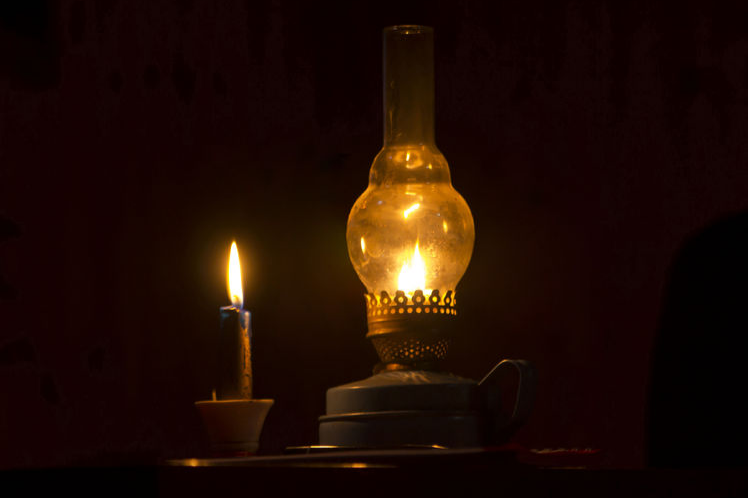 SA’s rolling blackouts are not a temporary crisis and the precarious power generation situation needs to be treated as an emergency.

That is the view of energy expert Clyde Mallinson in response to Eskom revealing on Wednesday that total breakdowns in its generation fleet added up to 14,967MW, forcing it to implement stage 4 load-shedding until Friday.

The latest bout of rolling blackouts began earlier this month.

Energy analyst Mike Rossouw was more blunt, saying he had doubts about Eskom’s chances of recovery and said the country could expect more load-shedding.

Mallinson said if SA had started rolling out renewable energy sources at the end of 2019,  when Eskom implemented stage 6 rotational power cuts, it would not be facing the same shortage of power today.

“We prevaricated for too long. We have now been immobilised,” he said.

Mallinson said Covid-19 restrictions had reduced demand for electricity for much of last year. He said if there had not been a pandemic, the country would have found itself grappling with many more power outages.

“There are solutions and the time for fire drills is over. This is not a fire drill. This is a real fire,” Mallinson said.

He said one of the solutions was to facilitate and allow for the rollout of solar and wind generation as soon as possible.

He said the deterioration was also due to irregular maintenance. Eskom needed to plan around retiring its coal fleet as new generation capacity was ultimately rolled out.

“The only solution is to go on an aggressive build — and it does not have to be done by Eskom, but Eskom must lead it.”

Energy expert Chris Yelland said the power utility had warned the public there would be load-shedding into the future.

Yelland said the latest round of load-shedding was likely the result of a number of unplanned outages happening at the same time.

“We have to take Eskom at its word when it says we can expect load-shedding for the next several years because our plants are getting older and new plants are performing badly, and new generation capacity is not going on-stream fast enough,” said Yelland, who is also an energy adviser for the Organisation Undoing Tax Abuse (Outa).

Yelland said in the short term, more maintenance of the generation fleet meant less available generation. “In the next few years, we must come to terms with the fact we will have outages.”

He said solutions would include the private sector installing self-generation capacity, embedded generation and distributed generation to supplement the country’s energy needs. He said this meant the public would use less energy from Eskom and, as demand declined, there would be less load-shedding.

Rossouw said he had no idea how Eskom was going to recover, considering its planning has “collapsed”, the parastatal was suffering from a lack of skills and the breakdown rate was worse than ever.

“The economy is affected. It means we will see no growth in the economy and there are no jobs. There is no leadership whatsoever.”

A Timeline Of Nadine Lustre And Christophe Bariou's ~Rumored~ Relationship

Chinese police have captured a North Korean prisoner who staged a daring escape from jail in October and had been on the run for more than forty days, authorities said ... Read more »

Where do we start with storylines for Sunday’s game between the Rams and Packers? Green Bay (8-3) is coming off a loss to Minnesota and hasn’t lost consecutive games since ... Read more »

Janhvi Kapoor is here to make our weekends a little more exciting. The actress shared a hilarious video, in which she can be seen recreating former Bigg Boss contestant, Pooja ... Read more »

BTS ARMYs Plan Jin's Advance Birthday Celebration, to Do This During Permission to Dance on Stage Concert

© Provided by News18 After a long wait, BTS ARMYs will finally get to see the septet perform live as the boys are back on stage with their Permission to ... Read more »

Shoojit Sircar reveals Varun Dhawan's October boomed on OTT: More people saw it there than when it released

Meet CCF, an Ayurvedic kadha for weight loss that also works as a complete detox

CCF… naam toh suna hi hoga! Nope! We promise you would be pleased to meet this one. Ladies say hello to CCF or the cumin-coriander-fennel kadha. Are you wondering why ... Read more »

© Provided by Zee News New Delhi: Salman Khan’s brother-in-law and actor Aayush Sharma has been basking high after the release of his most-anticipated film ‘Antim: The Final Truth’. He ... Read more »

© Provided by Pinkvilla Filmmaker Mahesh Bhatt and Soni Razdan’s younger daughter Shaheen Bhatt has turned a year older. She is celebrating her birthday today and there are wishes coming ... Read more »

Kim Kardashian and Pete Davidson looked 'happy' together, claims fan who clicked selfies with the duo in LA

© Provided by Pinkvilla Kim Kardashian and Pete Davidson are currently the talk of the town and a fan who ran into the duo at the Beverly Hills Hotel opened ... Read more »

Laura Reynolds has been flying for two decades and there “isn’t many places in the world” she hasn’t been. With in-depth knowledge of most destinations and a love for travel, ... Read more »

© Provided by Al Jazeera People walk inside Schiphol Airport after Dutch health authorities said that 61 people who arrived in Amsterdam on flights from South Africa tested positive for ... Read more »

The Central Board of Secondary Education (CBSE) on Saturday said that private candidates who wish to appear for the class 12 board exams 2022 can register from December 2. The ... Read more »

© Provided by Jagran English Bengaluru | Jagran News Desk: Karnataka, one of the worst-hit coronavirus states in India, is emerging as a hotspot of the infection once again after ... Read more »

© Provided by The Indian Express A 30-year-old journalist was duped of Rs 1.08 lakh by a cyber fraudster when she tried ordering liquor online. The journalist told police that ... Read more »

In a unique gesture, a Burhanpur man has built a house that is a replica of the famed Taj Mahal and gifted it to his wife. While speaking to ANI, ... Read more »

Assam government will spend close to Rs 3500 crore to provide relief to around 11 lakhs microfinance borrowers who are making regular payments to banks. The process will start from ... Read more »

The Enforcement Directorate (ED) has summoned Amazon’s Indian management, including its country head Amit Agarwal next week to its headquarters in Delhi, in connection with its disputed deal with Kishore ... Read more »

Beware: Two Zuma men are now in charge of eThekwini

Jacob Zuma may no longer be the ANC’s president but his hand was visible in the finalisation of the eThekwini council. © Provided by Daily Maverick One morning in 2006, ... Read more »

A kickboxing instructor who allegedly plied his teenage pupils with drugs and sexually abused them is behind bars following an interstate manhunt. Gordon Golding, 56, was arrested by US Marshals ... Read more »

© Kritika Bansal | Trending Desk Funny baby Viral Video A hilarious video is going viral on social media that has left netizens hysterical. The video was posted by a ... Read more »

A video of a little girl attempting and nailing some gymnastic moves has gone viral on Twitter. The clip, shared by IPS officer Ankita Sharma, has left netizens stunned at ... Read more »

At least one person was shot at Tacoma Mall in Washington on the evening of Friday, November 26, police said. Tacoma Police said they responded responded and cleared the mall ... Read more »

© Provided by Preview.ph As one of Korea’s highest paid brand endorsers, Jung Hae In is no stranger to the spotlight, and while he did debut relatively late, that’s the ... Read more »

The Associated PressA woman rides her motorcycle past a campaign mural promoting the National Party presidential candidate Nasry Asfura known as “Papi a la orden”, in the Kennedy neighborhood of ... Read more »

Ghislaine Maxwell ready to take stand to defend herself at trial: report

UP TET Exam 2021 Canceled After Question Paper Leak, To be Held After One Month