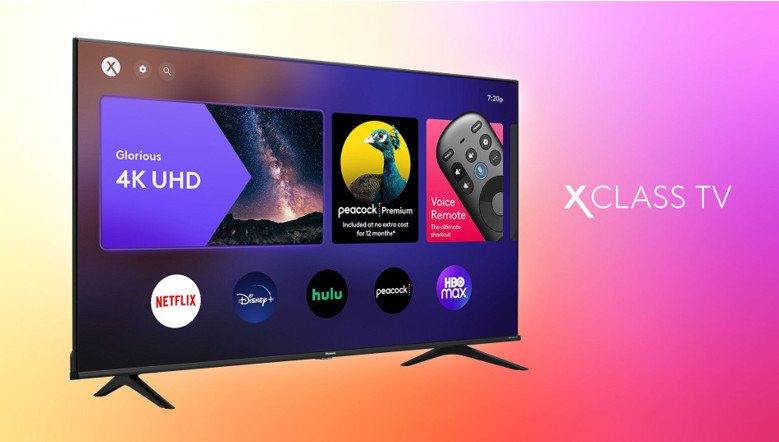 The result of their partnership is the new 4K UHD XClass TV with Comcast’s proprietary smart platform that allows you to access your favorite live and on-demand streaming content from hundreds of apps and services without a subscription.

Because the TVs only need an internet connection to stream shows and movies, Comcast says they’ll be available both inside and outside areas currently serviced by Comcast – which could be a huge help if you aren’t a huge fan of your current TV provider.

The TVs will be available in 43- and 50-inch screen sizes starting this week in select Walmart stores and in the coming weeks through Walmart’s website.

Analysis: The future of cable is… cord-cutting?

What’s interesting about this announcement is that it was, by many analysts’ opinions, inevitable. At some point, traditional cable television companies had to deal with the cord-cutting movement – and this seems to be their answer.

The only question that remains unanswered is how much access to the Xfinity apps will cost. In the past, Comcast has given Xfinity internet subscribers a free Flex set-top box and a free 30-day trial of Xfinity Instant TV. After the trial ends, Comcast has charged $20 per month for the service in the past – however it’s unclear if that price will be the same for XClass TV owners.

The silver lining? The screens will come with 12 months of Peacock Premium in the box and tons of free content from apps like Xumo, Pluto, Tubi and IMDb – which is helpful if you’re looking to save some money on app subscriptions.

We can’t vouch for the TV itself without seeing it; however, according to Hisense, the XClass will support cutting-edge AV technologies like Dolby Vision / Dolby Atmos and will come with a voice search remote, all of which should make it a fairly good value for folks looking for a cheap TV.

These are the most popular emojis of 2021

World war boom Call Of Duty: Vanguard is filled with blood, explosions and a whole lot of mayhem

Travelers, airport tighten up their guard against omicron variant of COVID-19

OnePlus RT price tipped in India, may launch with this price tag

British travellers in South Africa face the prospect of spending Christmas in quarantine hotels as there are not enough rooms to accommodate the number of people currently trying to return. ... Read more »

Emma Tustin explaining what happened to Arthur to the police. (West Midlands Police) Footage of a step-mum lying about how the six-year-old child she murdered got his fatal injuries and ... Read more »

Booster vaccines may well offer good protection in the face of the Omicron variant, experts behind a major new study have suggested. A team studying the effects of third doses ... Read more »

— Recommendations are independently chosen by Reviewed’s editors. Purchases you make through our links may earn us a commission. Gift-giving during the holiday season is about anticipating the desires of ... Read more »

Any time your smartphone goes awry, the quickest fix is typically turning it off, then back on again. But there are times you may need to go a step further. ... Read more »

Zoom meetings will now have a feature called “Attendance Status,” which makes it easier for hosts to track whether participants joined the meeting and whether anyone arrived late. Participants invited ... Read more »

— Recommendations are independently chosen by Reviewed’s editors. Purchases you make through our links may earn us a commission. The holidays are here, and with them, a whole slew of ... Read more »

Governments across the world are reintroducing mask rules over Omicron fears. (PA) Omicron could become the dominant COVID variant in the EU in the coming months, a report by the ... Read more »

A group of scientists from Princeton University and the University of Washington have created a microchamber that is the size of a grain of coarse salt. The quality of the ... Read more »

Every year, Google pulls out its list of the best Android system apps that are downloaded from its Google Play Store platform. These are chosen by the editor of the ... Read more »

The blockchain and cryptocurrency space has shattered so many of its previous records, as VC funding is currently scaling to new highs. According to CB Insights, 2021 Q3 has topped ... Read more »

A year to the day after she was fired from Google, Timnit Gebru has unveiled plans to wrench AI research out of big tech’s grasp. Gebru, a former co-lead of ... Read more »

Windows 11 does a lot of things right, including a sleek new design that significantly tidies up the OS’ aesthetic. I think most people should upgrade, and that the pros ... Read more »

Everybody deserves to have internet access. It’s as crucial to our ability to thrive in modern society as running water and electricity. Getting that access to rural and/or impoverished areas ... Read more »

One-minute review Jabra is continuing its tireless pursuit of the perfect pair of true wireless earbuds, with the Elite 7 Pro and its sporty companion the Elite 7 Active. The ... Read more »

It truly is coming down to the wire, and as we head to Saudi Arabia for the penultimate race of the season, the title is still well any truly anyone’s ... Read more »

This holiday season is shaping up to be a hectic one, with both a global chip shortage and general shipping delays causing many headaches. But Maingear is offering a way ... Read more »

Netgear has released a set of updated firmware for its small business routers and Wi-Fi extenders after a number of vulnerabilities were discovered in several models by security researchers at ... Read more »

Facebook is finally making 2-Factor Authentication (2FA) the rule for some of its most-at-risk accounts. It’s a smart move, protecting venerable Facebook users, especially those who are looked to for ... Read more »

Amazon Web Services (AWS) has announced a significant expansion to its global cloud network as it looks to maintain supremacy in the technology arms race. At its AWS re:Invent 2021 ... Read more »

Amazon has revealed a significant investment in renewable energy projects around the world as it looks to make AWS the greenest cloud option for customers. At its AWS re:Invent 2021 ... Read more »

The Google Pixel Watch, a long-rumored smartwatch that will show off the absolute best of the Wear OS platform, might finally debut in 2022. A new report from Insider, which ... Read more »

Apple rolls out new iOS 15.2 beta update: Everything you need to know

Google to release a new Pixel smartwatch in 2022: Report

H-1B visa holders in the US see drop, highest in 10 years

Google's first Pixel smartwatch may finally be coming in 2022: Report