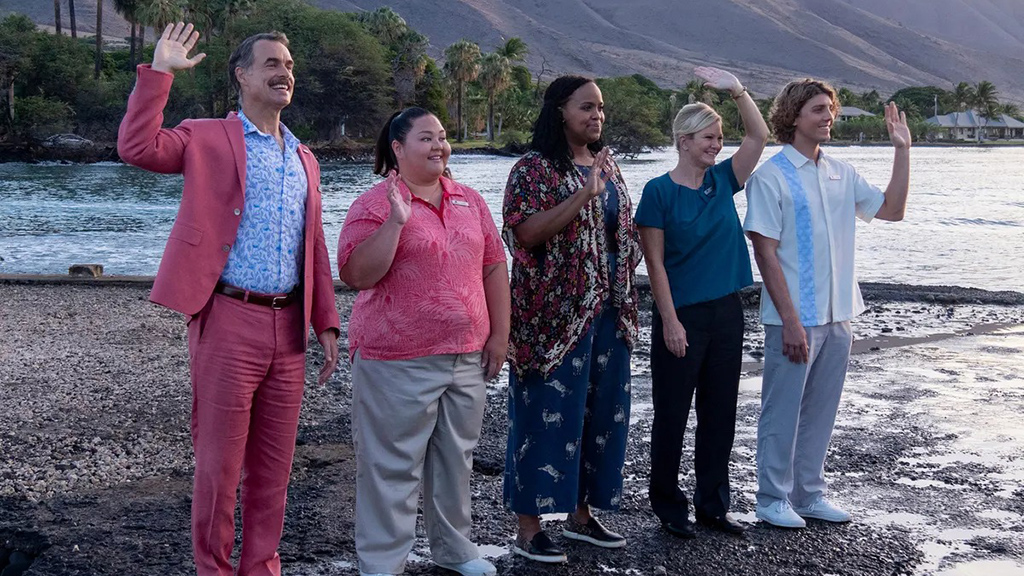 The White Lotus season 2 is happening – it’s just not going to be a sequel to the HBO mystery drama. Instead, The White Lotus will be an anthology-like series, with an all-new setting and characters, still from creator Mike White.

The White Lotus was one of the best TV shows of 2021. Ostensibly set up as a mystery drama framed around an unidentified dead body, it was instead more of a cutting satire about class and a knotty character drama. Focused on the different guests who take a vacation to the White Lotus resort in Hawaii and the staff working behind the scenes, it slowly builds a series of plot threads up to breaking point in enticing fashion. It’s no wonder that the number of people watching on HBO Max grew every single week throughout its run.

A second season, then, will follow more of the format HBO took with the True Detective series – a different resort from the White Lotus chain in another vacation hotspot, with more fascinating guests, and a spotlight drawn on the employees, too.

Below, we’ll explain what we know so far about the show’s return – it’s not much right now, but here’s what’s out there so far about The White Lotus season 2. We’ll keep this updated as we learn more. Spoilers for season 1 follow.

There is no release date for The White Lotus season 2 – and there’s no sign of when production will begin just yet. The show was renewed back on August 10, 2021. HBO isn’t the fastest at making new seasons of its shows, so our prediction is you’ll be waiting until 2023 to see the follow-up season.

It’s unclear who’ll star in The White Lotus season 2 at this point, but you can expect a mostly all-new cast. Creator Mike White, however, has floated the possibility that some cast members from season 1 could return in a second season – though none of them are currently signed to a contract to come back, as would be the case with the actors in a regular ongoing series. So getting them back might be a logistical challenge.

“I don’t think you can credibly have [all the season 1 guests] on the same vacation again,” White told TVLine in early August. “But maybe it could be a Marvel universe type thing, where some of them would come back.”

Everyone in The White Lotus season 1 survived, of course, except for Murray Bartlett’s Armond – he was revealed to be the tragic figure inside the coffin mentioned at the start of the series, and killed in the most unusual of circumstances.

Feasibly, then, some existing characters could pop up again next season, assuming they have a reason to do so, though it did feel like most characters’ stories were resolved in season 1.

Nothing has been revealed about the location of The White Lotus season 2 yet – though it sounds like creator Mike White has a strong idea of what the next set of episodes look like. “We were thrilled to hear where he wanted to go next, after closing this epic chapter in Hawaii, and can’t wait to keep following him wherever he takes us,” said HBO’s Francesca Orsi in a statement announcing the show’s renewal.

White hypothetically mentioned San Tropez in an interview with TVLine – but this was clearly just to illustrate his point that the second season of this anthology will be set in a different branch of The White Lotus, in another location. “It would have to be a different hotel, like, say, The White Lotus: San Tropez or something.”

There’s a brief description for the follow-up season from HBO, too, which outlines that the premise will stay roughly the same, even with a change in location. “The next chapter of The White Lotus leaves Hawaii behind and follows a different group of vacationers as they jet to another White Lotus property and settle in temporarily amongst its inhabitants.”

Anyone who’s seen the show will know that the choice of setting was vital to the series – in reality, the series’ single setting was partly pandemic-induced, because the entire show had to be shot inside a bubble to protect the cast and crew. But the choice of Hawaii was also intended to explore the consequences of colonialism, and how the wealthy got to cherrypick the parts of the local culture they liked for their entertainment. Those themes run powerfully through the series.

Any follow-up setting, then, will no doubt need to offer the same thematic richness. But we don’t know exactly where we’re going yet, and we’re unlikely to find out season 2’s location for a while.

Animoca Brands, a Hong Kong-based mobile gaming and blockchain unicorn, raises US$65 million as valuation doubles to US$2.1 billion

Global IT spend could hit $4 trillion next year

What is 4K? The basics of Ultra HD explained

Is a name change on the cards for Facebook?

South African Olympic and Paralympic track star Oscar Pistorius is sentenced to prison on 21 October, 2014, for killing his girlfriend, Reeva Steenkamp. (Reuters) On this day seven years ago, ... Read more »

The 34-year-old claims the police did not properly look into her complaint and even deleted text messages from him (Jayne Jackson) A former police officer says she was left traumatised ... Read more »

A male alligator called Kanye was removed from a lagoon at a New South Wales zoo after showing hostility towards other alligators and its keepers. The Australian Reptile Park in ... Read more »

Fuel and oxidizers are injected into the locally-developed Nuri satellite launch vehicle, erected on a launch pad, at the Naro Space Center in Goheung, South Jeolla Province, Thursday, before its ... Read more »

If you’re in the habit of trying to get eight hours of sleep a night, you might want to start setting your alarm 30 minutes earlier. © Provided by Daily ... Read more »

SEONGNAM, South Korea, Oct. 21 (Yonhap) — Prosecutors raided the Seongnam mayor’s office Thursday as they expanded a probe into a corruption-laden urban development scandal in the city south of ... Read more »

TheMarket has knocked 5% off sitewide to mark the long weekend, and while that might not sound like much, it definitely helps when you add it on top of already ... Read more »

What is broadband and how does it work?

US student dies after choking during hot dog eating competition

Best PDF to PowerPoint converter of 2021: Free and paid, for Windows, Mac, Android and online

Apple runs out of stock as buyers rush for its Rs 1,900 polishing cloth