The inevitable has finally happened – Ronald Koeman has been sacked as Barcelona manager.

Koeman has finally put out of his misery after a 1-0 defeat at Rayo Vallecano, with Barca sitting 9th in La Liga and in danger of first-round elimination from the Champions League.

With the club’s well-documented financial problems taken into consideration, any manager coming in faces a difficult task – and may well limit the kind of figures they’re able to approach.

Antonio Conte, for example, is a big name that’s currently available. But given things ended at Inter at Chelsea, you can’t imagine the Italian would be interested in working under strict restrictions in the transfer market.

We’ve identified the six most likely candidates to replace Koeman in the Camp Nou hot seat.

According to Fabrizio Romano, other candidates for the job know that Xavi is first-choice and his return would be incredibly symbolic for Barcelona fans who believe their club has lost its way in recent years.

The legendary midfielder redefined the midfield role during his playing days and has found success as a manager with Qatari side Al Saad.

Xavi has received the endorsement of Lionel Messi. “I’ve got no doubt that he’ll be back as a coach one day,” Messi said when asked on the Take the Ball, Pass the Ball documentary.

“He deserves the chance because of the type of player he was here. He will make an amazing manager. As a player he saw the whole picture from the pitch, I’m sure from the sidelines he will see it even clearer.”

And former Barcelona forward Rivaldo also issued his support for the return of Xavi.

“After the departure of Koeman, I would very much like Xavi to have this opportunity to be the new coach of Barcelona,” the Brazilian posted on Instagram.

“I have a lot of confidence in him to get the Club out of this situation.”

Barcelona board started contacts with Xavi weeks ago. Talks will continue today to check the situation with Al-Sadd and resolve issues. Announcement not imminent yet – process just started #FCB

Gallardo emerged as a surprise contender for the job earlier this month as the pressure mounted on Koeman.

The River Plate boss has just won the league title in Argentina and is believed to be keen on a new challenge in European football.

Gallardo employs a possession-based, attacking style of play that would impress the club’s fans and has received a ringing endorsement from Pep Guardiola in the past.

“What Gallardo has done with River is incredible,” Guardiola said in 2019.

“Every year three coaches are named as the best in the world, and he’s never among them. I can’t understand it. It’s as if there’s nothing else in the world apart from Europe.”

Other reports in Spain claim that Gallardo actually spurned Barca’s initial advances in September, so it would be a surprise to see him appointed now, but according to Independent journalist Miguel Delaney he remains an option.

Ajax delighted neutrals around Europe with their Champions League performances in 2018-19 and the signs are that Ten Hag is building another slick team in the Netherlands.

His Ajax side play a possession-based attacking style of football – one that saw them thrash Borussia Dortmund 4-0 recently – which would be in keeping with the philosophy at Barcelona.

However, the Dutchman is said to be very loyal to Ajax and would be unlikely to leave the club in the middle of the season. He also recently signed a new contract with the club and is tied to them until 2023.

You also imagine that he’ll have his pick of other, much better-resourced, options (Manchester United, are you reading?).

Having already employed one former Everton manager in Koeman, Barca are rumoured to be interested in another in the form of Martinez.

He may not have won silverware since lifting the FA Cup with Wigan in 2013 but Martinez has done an eye-catching job transforming Belgium from the disjointed group of individuals under Marc Wilmots into one of the most feared sides in international football.

The Spaniard has led Belgium to first place in the FIFA World Rankings, helping them maintain their place at the top for over three years, and is contracted to the Red Devils until after the 2022 World Cup.

Barcelona may struggle to appoint a permanent manager before the November international break and may look from within to fill the gap until then.

Barjuan is currently in charge of Barcelona B, where the club are languishing in the bottom half of the third tier.

But the former left-back has plenty of La Liga experience as a player, spending the majority of his career with Barcelona before moving to Atletico Madrid to see out his career.

The chances of Barjuan getting the Barca job permanently may appear remote but, as somebody with inside knowledge of the club and experience working with young players, he may be the perfect choice to steady the ailing club.

After all, Laporta has given the job to the B team boss in the past… 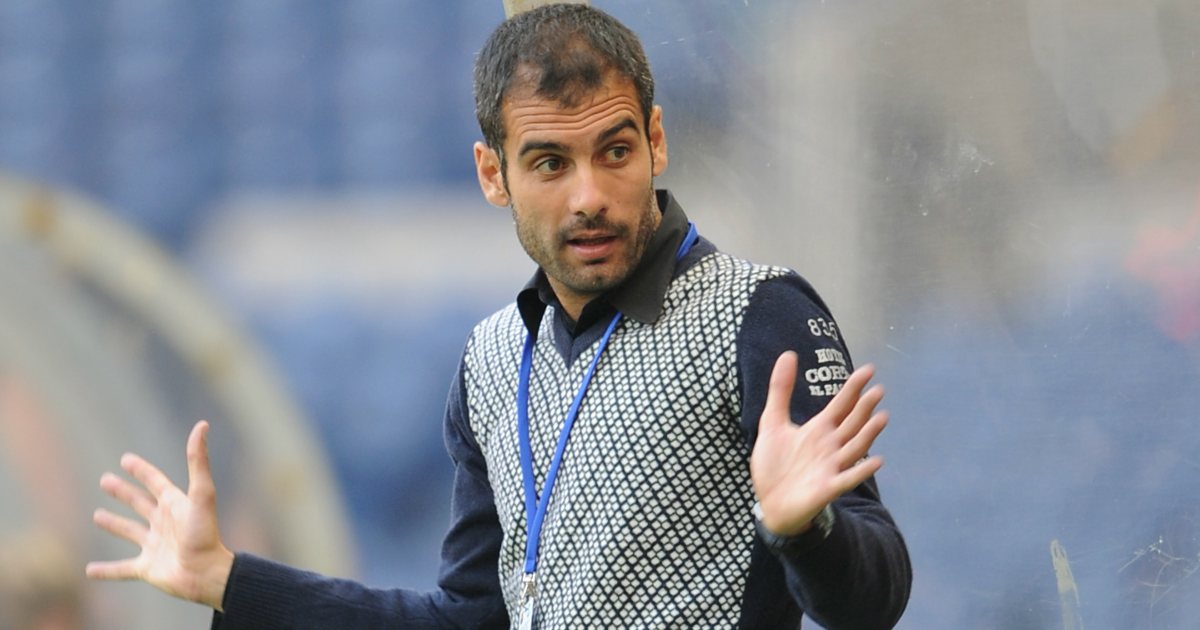 READ: Where are they now? Pep Guardiola’s promotion-winning Barcelona B team

Despite a mediocre spell at Juventus, Pirlo’s name has been touted for the Barcelona job.

Club president Joan Laporta has reportedly told some of his confidants that he feels the Italian World Cup winner could have a similar impact to Pep Guardiola.

But appointing Pirlo would represent a huge gamble for a club in turmoil.

‘He could manage Barca tomorrow’: Seven quotes about Xavi the manager

Can you name every player to score in El Clasico in the last decade?

Where are they now? Barca’s UEFA Youth League winners from 2018

Gladstone Police are investigating the death of a man who was found inside an apartment Saturday night. At about 7:55 p.m., the Gladstone Fire Department responded to reports of smoke ... Read more »

Pensioners could slash £140 off energy bills in 'vital tool' this winter - can you claim?

Pensioners may not just be entitled to the state pension alone, and as the weather gets colder, it is worth checking what other support could be received. One key form ... Read more »

Premiership giants Saracens may have fond memories of Alex Sanderson’s time at the club, but there was little love lost between the two parties as Sale Sharks lost 25-14 at ... Read more »

Andy Tsege has been accused of telling soldiers to carry out genocide in the East African nation’s bloody civil war A British citizen who was released from death row in ... Read more »

A 19-year-old has been charged after a shooting in Myrtle Beach, police say

A 19-year-old has been arrested and charged with attempted murder after a shooting at an apartment complex in Myrtle Beach, officials said. Jamakion Kyleme, of Myrtle Beach, has also been ... Read more »

A man is dead after a vehicle crashed into Bear Creek in Merced on Saturday, according to police. At about 9:25 p.m., officers responded to a report of a vehicle ... Read more »

EXPLAINER: What we know and don't know on new COVID variant

LONDON — South African scientists identified a new version of the coronavirus that they say is behind a recent spike in COVID-19 infections in Gauteng, the country’s most populous province. ... Read more »

Haile Gebrselassie accuses foreign governments of betraying Ethiopia as he prepares to fight the Tigray People's Liberation Front in a war which is now spreading through large parts of the country. Read more »

A THIRD case of the Omicron Covid variant has been confirmed in the UK – but Brits have been assured that England is 'nowhere near' tougher restrictions. Speaking on Sky ... Read more »

Tamil Nadu: Schools & colleges in 7 districts declare holiday tomorrow due to incessant rains As rains continued unabated in several regions of Tamil Nadu, a holiday has been declared ... Read more »

Fauci explains what is ‘troublesome' about the Omicron variant

Enes Kanter adding ‘Freedom' to name when he becomes US citizen

Enes Kanter becomes a U.S. citizen on Monday, and with it, will take a new name. Kanter will change his name to Enes Kanter Freedom, according to The Athletic’s Shams ... Read more »

© Provided by Al Jazeera Morocco, whose economy relies heavily on tourism, had announced on Friday a ban on entry to travellers from South Africa and six other African nations ... Read more »

A Brevard County Sheriff’s Office corrections deputy was arrested early Saturday morning on charges of robbery with a firearm, false imprisonment and extortion. Amony Robillard, 30, was arrested by the ... Read more »

© Provided by Hello! fitness-deals-new Black Friday weekend 2021 has may have been and gone, but Cyber Monday has arrived, including some of the best fitness deals we’ve seen in Cyber ... Read more »

© Fabrice Coffrini/AFP/Getty Images A protester attends a rally against coronavirus measures, the Covid-19 health pass and vaccination in Geneva on October 9, 2021. Swiss voters on Sunday approved their ... Read more »

© Provided by Zee News New Delhi: Indian Oil has introduced a unique wedding gift that you can actually purchase and gift to your loved ones at their wedding. The ... Read more »

The Mumbai unit of the Directorate of Revenue Intelligence (DRI) on Sunday busted an Apple iPhone smuggling racket at the Mumbai International Airport. The DRI seized a consignment of 3,646 ... Read more »

© Provided by Zee Business Telecom industry body COAI is learnt to have asked the government to cut the base price of spectrum by more than half, for the proposed ... Read more »

© Provided by Pinkvilla Pregnant actress Jennifer Lawrence recently spoke to Vanity Fair and opened up about wanting to keep her child’s life private. If you didn’t know, the 31-year-old ... Read more »

© PETRAS MALUKAS Stoltenberg and von der Leyen both accuse Belarus of orchestrating the migrant crisis on its border as a “hybrid” threat against the European Union EU and NATO ... Read more »

Joel Embiid on COVID battle: ‘I really thought I wasn't going to make it'

Face coverings to be mandatory in communal areas of schools

Voices: Boris Johnson has a dangerous disregard for the facts over efforts to vaccinate the world

2 cops scheduled to be on duty during Prez visit test positive for Covid: Report

Omicron: Public reassured there is no need to change plans for Christmas