Financial planner Wes Moss knows a thing or two about investing, he’s just written a book called What the Happiest Retirees Know and he says it’s not all about money. Moss said that money will buy people happiness but only up to $500,000 (£365,363), after that he says, it wears off and he’s done the research to prove it.

According to CNBC experts recommend four things people can start doing straight away to ensure they can relax happily at age 65 plus. The first thing is to start saving – because saving money can make you feel happier, according to researcher Elizabeth Dunn co-author of Happy Money: The Science of Happier Spending.

She recommends breaking saving goals into smaller bite-size pieces because taking this approach makes it easier for habits to stick.

She said: “Just taking the time to create a savings account may have an immediate impact on your overall happiness.”

Dunn also recommends overpaying one’s mortgage as this leaves people as much as four times happier when it comes to retirement.

“The psychological side of not having a mortgage, perhaps is even more powerful [than the money side], and kind of outweighs the financial argument to not pay it off,” she said. 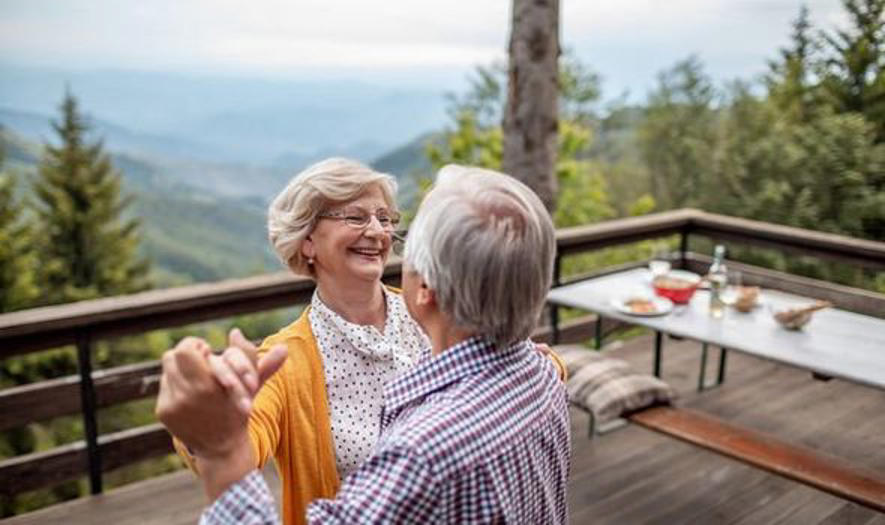 © Getty A retired couple dancing outside

Michael Finke, a professor of wealth management at The American College of Financial Services, believes that what you spend money on matters.

He said people think that they want to buy a dream home or live abroad but what makes retirees happiest is spending money socialising with other people.

Mr Finke explained: “What makes us happy during our working lives are not necessarily the things that will make us happy when we retire.

“Oftentimes what makes us happy is being around other people. Things like driving around in an RV or buying a home in the mountains can make us less happy if it results in social isolation.”

Inheritance tax: Expert’s top tip for how savers could get ‘£18,000’ tax break [INSIGHT]

DWP update: Thousands could be entitled to Employment Support Allowance worth £450 a month [UPDATE]LinkGet 1% cashback and 5% on your savings! There is a catch, though [WARNING]

It’s definitely not all about money but that said having more than one income stream is a key to happiness in retirement, Moss said.

He added: “There’s a real power in this diversification of different income streams.

“It can provide a lot of comfort to someone who may worry about relying on one wage.

“In addition to investment income, which would come from your retirement account and potentially additional investments accounts, owning a rental property is a great way to earn extra money in retirement.” 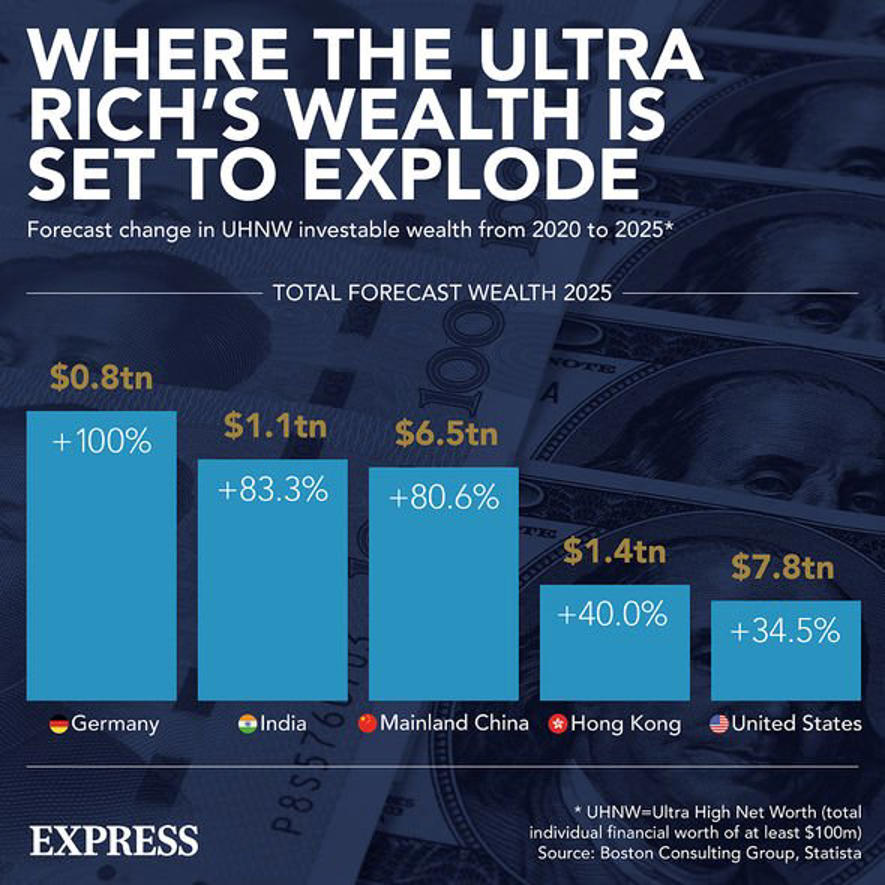 The four ‘secrets’ to a happy retirement:

So it would seem there isn’t one magic ingredient, but four things you can adopt now to ensure a happy retirement when you reach pension age – after all no-one wants to scrimp and scrap when they reach 65 plus.

Trillanes on running with Binay, Gordon under Robredo's slate: The mission is to make Leni win presidency

Carousell Has a Thriving Black Magic Market — Is This Ok?

Thailand to cease Sinovac vaccine use when stocks end this month

A MUM was left fuming when her son's school shoes fell apart after just days of wear. Mum Dominique Scully bought the pair of shoes for her five-year-old son, Adam. The ... Read more »

Philippe Coutinho admits that his much-publicised struggles at Barcelona have left “a scar”, but the Brazilian claims to be “stronger” for those experiences after ending his latest 11-month goal drought ... Read more »

Rangers would 'snap your hand off' for reported £17m interest

The cinch Premiership has already packed plenty into the first nine matchdays of the season with just six points separating the top six. © All the latest from aroud the ... Read more »

SYDNEY (Reuters) – The days when Japan were a pushover in the scrum are long gone and Australia prop Allan Alaalatoa is expecting a fierce battle against an experienced front ... Read more »

© Provided by Football League World bloomfield road general0d It has been a relatively strong start to the season by Blackpool, with Neil Critchley’s side picking up 15 points in ... Read more »

Gary Neville has insisted that Jadon Sancho should not harbour the brunt of Manchester United criticism, which the team as a whole should instead face. © PA Images Paul Pogba ... Read more »

Aston Villa striker Keinan Davis has been linked with a January move to Nottingham Forest. Davis was close to leaving Villa on loan in the summer and Forest were believed ... Read more »

One minute you’re starting every week, the next you’re sitting on the substitutes’ bench: such is your lot in life if you are one of Pep Guardiola’s many talented attacking ... Read more »

Mikel Arteta has already identified the man to take over striking duties at Arsenal to replace Alexandre Lacazette next season, reports suggest. The Gunners are looking to spruce up their ... Read more »

© Provided by Times Live According to the Independent Police Investigative Directorate (Ipid), on August 27  the victim, 34, was at home in Thabong township in Free State when her ... Read more »

Opportunites are arising at Bolton Wanderers owing to injuries and suspensions and the players must take them, Ian Evatt has said. Wanderers are back in action tomorrow evening on the ... Read more »

Landslides and flooding kill at least 25 in southwest India

Oct. 18—Portland police on Sunday confirmed they are investigating a string of vandalism and potential burglaries affecting businesses in downtown Portland as well as the Old Port district. At least ... Read more »

© Getty Images Seventy per cent of Americans ages 12 and above have now received at least one dose of a Covid-19 vaccine, according to Centers for Disease Control – ... Read more »

MPs will return to the House of Commons today after a three-week recess for party conferences, as politicians gather to pay tributes to Sir David Amess who was fatally stabbed ... Read more »

© PA Wire Conservative Party Conference British intelligence agencies and police are having to “adapt and respond” to a wave of vulnerable people who may have become radicalised online during ... Read more »

© Provided by Extra.ie Lorraine Keane has revealed that she has been targeted by hackers who wiped her social media accounts clean — even deleting one. The TV star is ... Read more »

Tommy Fury has been urged by his uncle Peter to take up dancing if he loses to Jake Paul. The 22-year-old is closing in on a huge opportunity against the ... Read more »

A €140 million road upgrade will today mark the end of a “nightmare” stretch on which 30 people were killed. The replacement of the old Dublin-Sligo N4, once dubbed one ... Read more »

© Koji Sasahara An electric stock board in Tokyo. Asian shares were mostly lower on Monday after China reported that its economy grew by a meagre 4.9% annually in the ... Read more »

© Provided by Dot Esports After the Netflix series Squid Game launched to explosive stardom, gamers have been getting creative by recreating some of the challenges from the series within ... Read more »

© Provided by Dot Esports Creatives from within the Apex Legends community delivered one of the more unique creations inspired by the battle royale, a free coloring book full of ... Read more »

Neena Gupta was molested as a child: "Didn't dare tell my mother because I was scared that she would say that it was my fault"

© Provided by Desimartini Neena Gupta is not just an actress par excellence, but she is also a strong woman who has carried herself with utmost dignity however the tides ... Read more »

© Provided by Singapore Business Review The non-oil domestic exports (NODX) saw a year-on-year increase of 12.3% in the month of September 2021, Enterprise Singapore said in a media release. ... Read more »

Contactless card limit rises to £100 - how to avoid being scammed

This most recent change came into effect on October 15, 2021 and is the fifth time the card payment threshold has been raised since 2017. The last limit was £45 ... Read more »

Steven Gerrard is one of three leading contenders to replace Steve Bruce as Newcastle United boss. The Rangers boss has been heavily linked with the soon-to-be-vacant managerial position at St ... Read more »

All the latest Millwall team news ahead of Sheffield United clash

© Provided by Football League World Championship – Nottingham Forest v Millwall Millwall will be looking to bounce back from their 2-0 home defeat to Luton Town at the weekend ... Read more »

Coloccini 2.0: PIF must land NUFC swoop for £31.5m-rated colossus who "has everything" - opinion

The Enforcement Directorate (ED) has issued fresh summons to Shiv Sena MP Bhavana Gawali to appear before it on October 20 for questioning in a money laundering case registered against ... Read more »

Two workers died after a massive fire broke out in a five-storey packaging unit in Gujarat’s Surat district early Monday morning, officials said. Around 145 others were rescued from the ... Read more »

French ambassador ordered out of Belarus

Dollar Up, China's Economic Growth Slows Down While New Zealand Inflation Picks Up

Jamie Paterson's summer of torment, his Middlesbrough nightmare and why Swansea City fans should now be excited

Ferrari: P3 in championship clear target after gains on McLaren