Get ready for an incredible light show as the Orionid meteor shower continues to make its way across the sky through November 22, 2021. The shower began last month on September 26, but will peak tonight, October 20, through tomorrow morning, according to the American Meteor Society (AMS).

🌠You love meteor showers. So do we. Let’s explore the cosmos together.

While the Orionid meteor shower isn’t the most spectacular show of the year—that title is most often given to the Geminids, which are coming up this December—they’re still very much worth the effort to watch, according to NASA. The space agency says they’re “known for their brightness and for their speed.” The shower usually produces 10 to 20 meteors per hour, according to the Griffith Observatory. 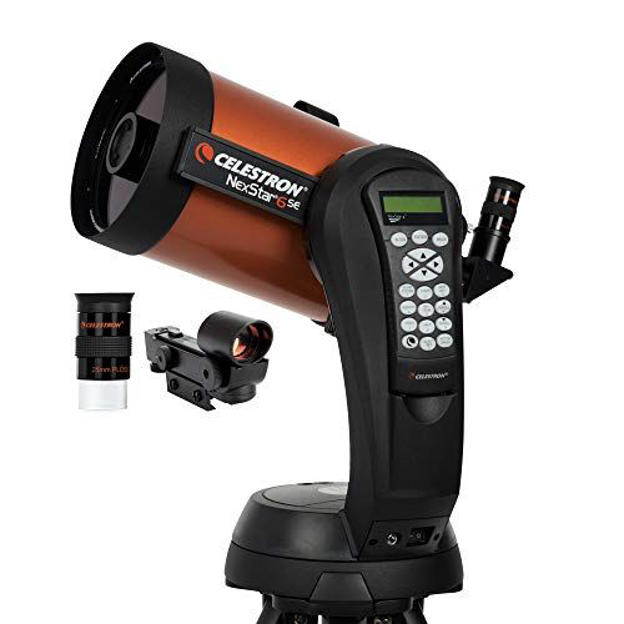 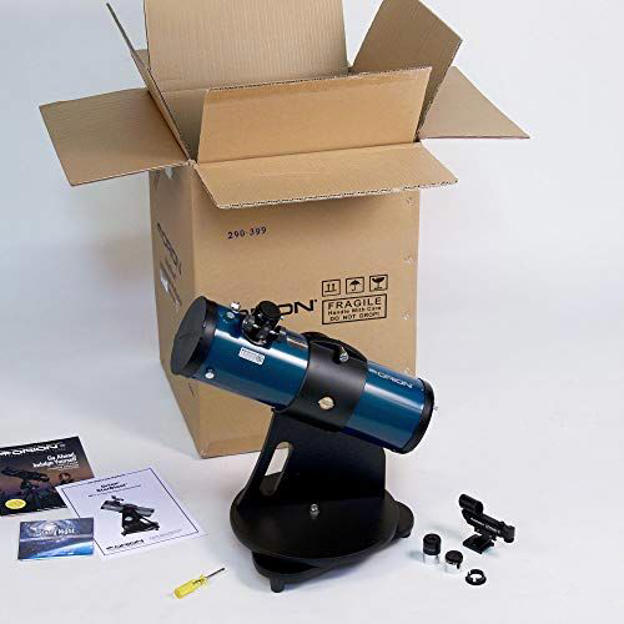 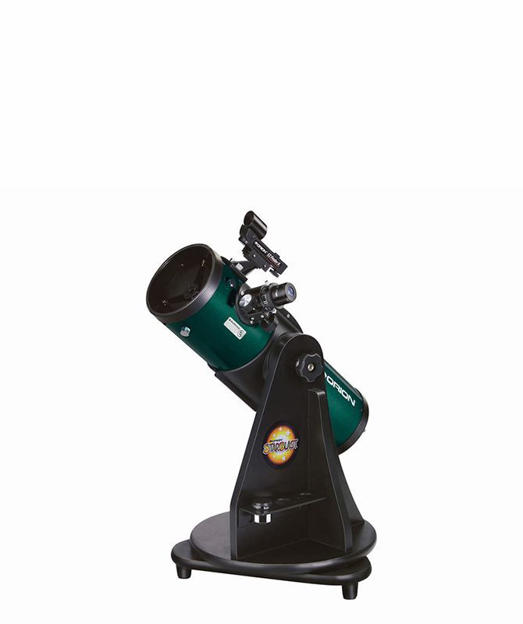 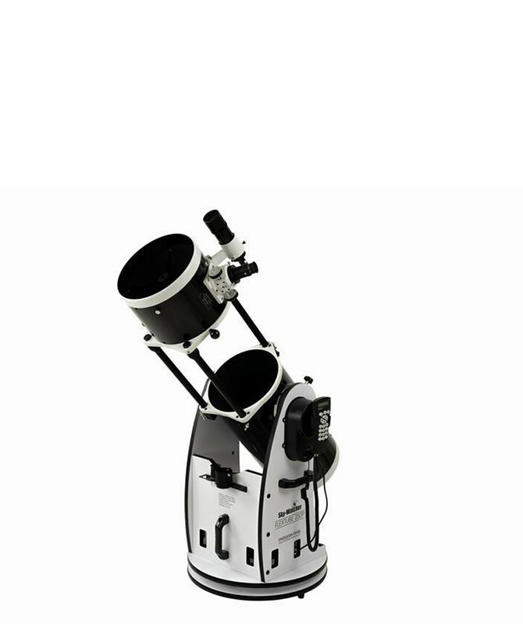 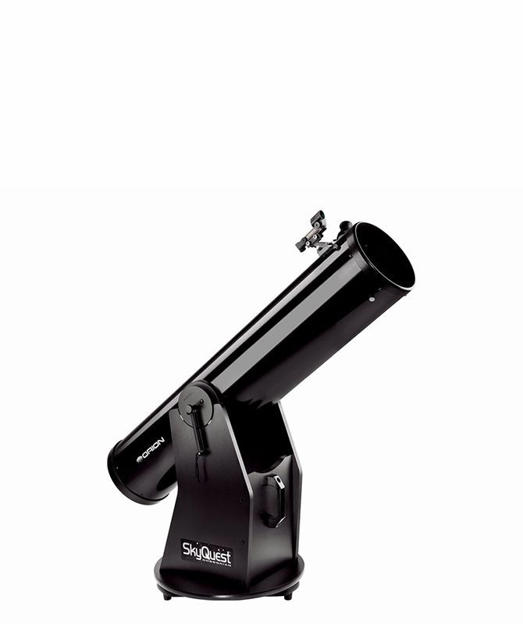 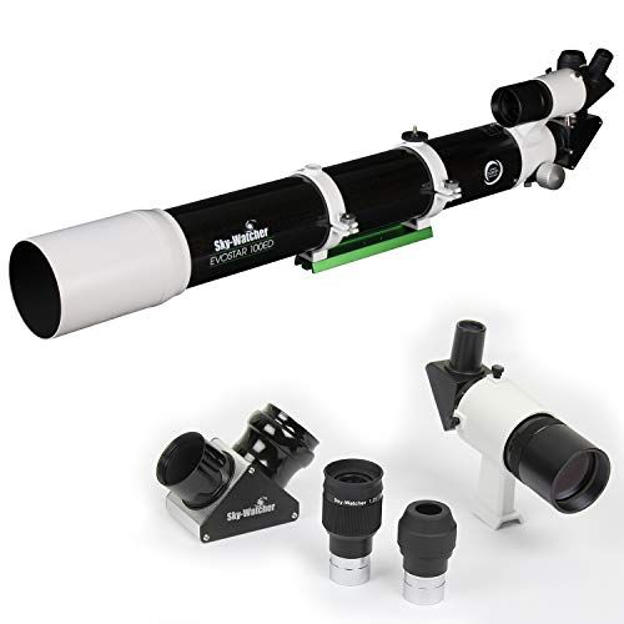 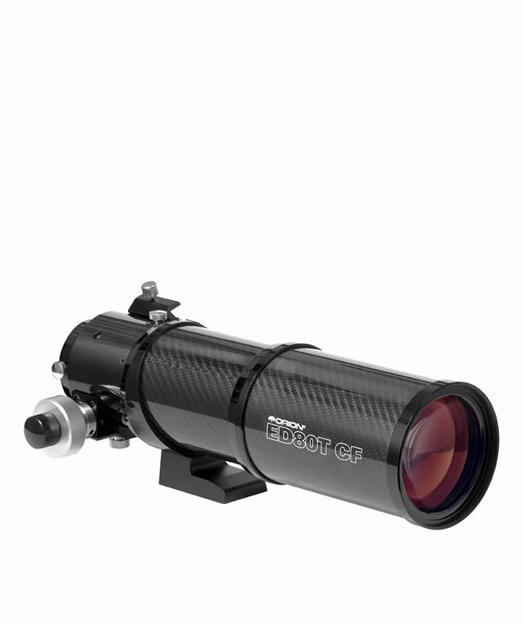 A well-pedigreed telescope that balances performance and portability

A grab-and-go telescope that doesn’t need setting up

A grab-and-go telescope that doesn’t need setting up

Well built to last you for years to come

A long-standing workhorse with a wide field of view

But before you head outside, know that October’s Hunter’s Moon might interfere with the shower’s peak viewing hours. Both the full moon and the Orionids will peak overnight, meaning that there will be a ton of extra light in the sky, which could impact your ability to spot shooting stars as they sail by.

To give yourself the best viewing conditions possible, be prepared to stay up late; the meteors are most visible in the hours after midnight, NASA explains. Next, find an area with as little artificial light as possible, lay down with your feet facing southeast, and look straight up, taking in as much of the night sky as possible. In less than 30 minutes, your eyes will be fully adjusted. Then, it’s a waiting game until you see your first Orionid.

© Jeff Dai/Stocktrek Images – Getty Images An Orionid meteor steaks over the Jampayang snow mountain in the Sichuan province of China on October 22, 2015.

This particular meteor shower gets its name from the constellation Orion, the Griffith Observatory explains, which is visible around the world and is one of the easiest to identify. The meteors appear to originate from this constellation—and since its stars are so bright, NASA notes, it makes a wonderful sight.

This meteor shower is made up of remnants of Halley’s Comet, which takes about 76 years to orbit the sun. Each year, when Earth passes through the comet’s trail, pieces of space debris enter our atmosphere and burn up, creating streaks of light in the sky.

2G and 3G mobile networks are to be phased out of use in the UK by 2033 as part of Government measures to increase the security of telecoms supply chains, ... Read more »

Pfizer vaccine ‘may be up to 40 times less effective' against omicron variant, early study suggests

(Independent) The neutralising antibody response generated by the Pfizer vaccine may be 41 times less effective against the omicron variant than the initial Covid virus type, an early study has ... Read more »

SEOUL, Dec. 8 (Yonhap) — Corporate mergers and acquisitions (M&As) by big South Korean firms rose sharply in the first nine months of this year as they revved up efforts ... Read more »

COVID-19: Antibodies from Pfizer vaccine may be up to 40 times less effective against Omicron, first lab tests suggest

The Pfizer vaccine may be up to 40 times less effective against Omicron than the original COVID strain, the first lab tests on the new variant in South Africa have ... Read more »

Elon Musk’s problems are bigger and more important than yours. While most of us are consumed with our day-to-day activities, Musk has been anointed by a higher power to save ... Read more »

Nvidia says more graphics cards will make it to gamers in 2022, but should we believe it?

Nvidia believes that supply of its hard to find graphics cards will improve by the second half of 2022, yet another glimmer of hope in a year full of false ... Read more »

12-year-old dies by suicide after being told he'd go to hell for being gay, parents say

A 12-year-old boy has died by suicide after being bullied for being gay, his parents have said. Eli Fritchley, a seventh-grade student at Cascades Middle school in Shelbyville, south of ... Read more »

— Recommendations are independently chosen by Reviewed’s editors. Purchases you make through our links may earn us a commission. The countdown to Christmas is upon us, folks, with T-minus three ... Read more »

Yahoo Life is committed to finding you the best products at the best prices. Some of the products written about here are offered in affiliation with Yahoo. We may receive ... Read more »

According to reports, the Amazon outage has impacted Google, Spotify and multiple airlines and banks. Read more »

Save up to $600 on TVs, laptops and more tech at this Best Buy holiday sale

— Recommendations are independently chosen by Reviewed’s editors. Purchases you make through our links may earn us a commission. The holiday season rolls on and if you’re still looking for ... Read more »

Think before you click: watch out for these scams while shopping online

Yahoo Life is committed to finding you the best products at the best prices. Some of the products written about here are offered in affiliation with Verizon Media, the parent ... Read more »

Twitter has announced that it has acquired the business messaging service Quill in a move that could enable it to take on Slack. After raising around $16m in funding, Quill ... Read more »

Yahoo Life has received compensation to create this article, and receives commission from purchases made via links on this page. Pricing and availability are subject to change. How in the ... Read more »

Anxious to start your Black Friday shopping? Beware of these online scams

Yahoo Life is committed to finding you the best products at the best prices. The product written about here is offered in affiliation with Yahoo. We may receive a share ... Read more »

The best free text-to-speech software in 2021

Infinix Inbook X1 vs Realme Book vs Mi Notebook: Here's how the specs of the laptops compare

Infinix Inbook X1 series laptops launched in India: Price, specs and everything you need to know

How Amazon outage left smart homes not so smart after all

5G, fibre and more: Mukesh Ambani's 5 ideas on connectivity for the next decade