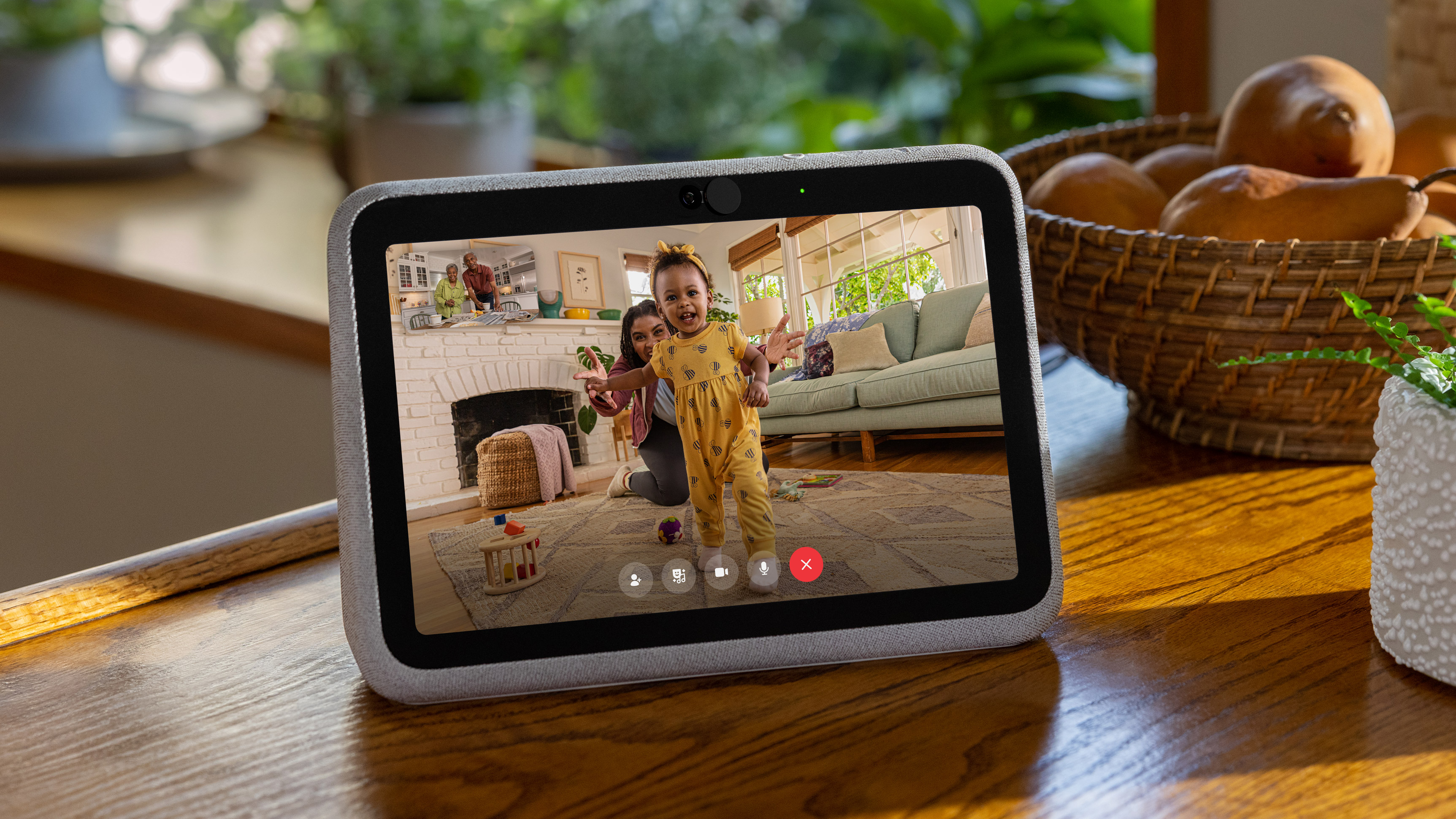 The beauty of video calling on a smartphone, whether you use Facetime, WhatsApp, or another service, is that you can move around during the call. Perhaps you’re catching up with friends on the way to the shops, or saying good night to the kids because you’ve had to work late.

However, a smartphone’s screen is relatively small, which means the video call isn’t the most pleasant experience, especially if there’s more than one person in the frame. The best smart displays make a great alternative device for seeing as well as hearing the other person, but it’s not possible to walk around while using one.

Until now, that is. Facebook has taken the wraps off its latest smart display, the Portal Go, and in a first for a smart display, it’s powered by a rechargeable battery and has a handle so you can carry it around while you’re on a call. Great if you want to move rooms to grab something, or check on the kids without ending the call.

It has a 10-inch screen and the same 12MP camera found on the previous Facebook Portal, which automatically pans and zooms to ensure you’re always in the center of the shot. Facebook Portal Go is priced at $199 / £199 / AU$279 and is available to pre-order now, with shipping on October 19.

At the same time, Facebook also unveiled a new version of its larger Portal+, which retains its 14-inch screen but has a smaller form factor, so it takes up even less space in your home. The Portal+ costs  $349 / £349 / AU$519. 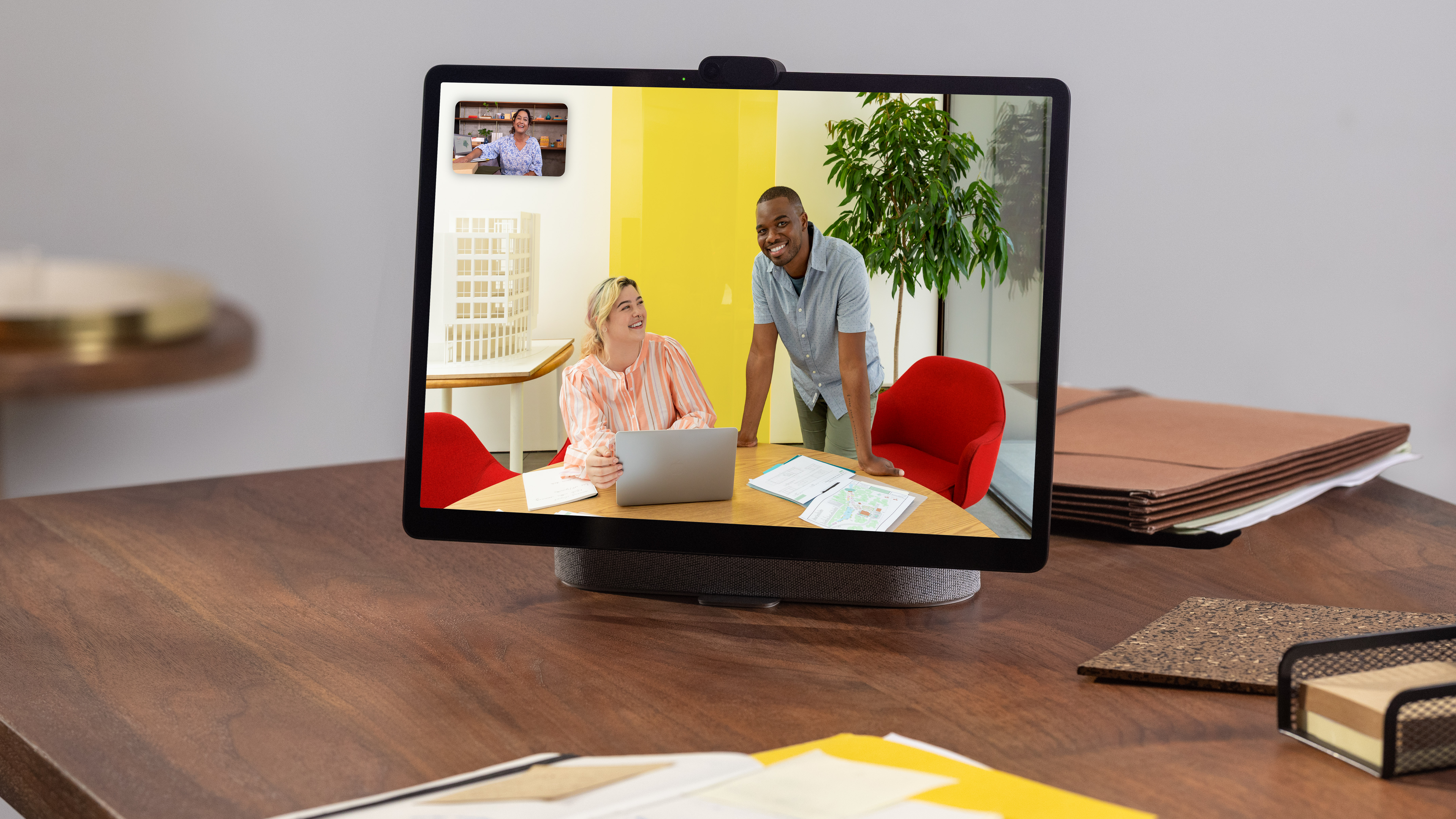 Calling on the go

Video calling certainly became more popular thanks to the pandemic. In the UK, the number of adults making video calls rose from 35% in February 2020 to 71% in May 2020, according to Ofcom’s Online Nations Report 2020. Furthermore, 38% of those were using a video calling service daily.

There’s no denying video calling from a smart display is a great way to stay in touch, but it does mean you lack the ability to move around during the call. Having grown up with a wireless landline telephone, and owned a mobile phone since I was a young adult, the concept of moving around while making a call is ingrained in me, as it allows me to multitask. For example, I might check in with my parents while cooking dinner, or swap jokes with my niece and nephew on the walk home from work.

The camera on the original Facebook Portal could automatically pan and zoom to ensure you were always in the center of the shot when making a video call, which certainly helped if I wanted to move around the room, perhaps to grab a new item of clothing I wanted to show off on the call. In fact, it’s a function that Apple has duplicated with its Center Stage feature, which is available on the iPad Pro (2021) and the recently announced Apple iPad 10.2 (2021). Similarly, Amazon built on this with the Echo Show 10, which has a swiveling screen that will follow you around the room. However, none of these meant you could leave the room and continue a video call, without switching to another device – something the Facebook Portal Go rectifies.

While Facebook hasn’t revealed the weight on the Facebook Portal Go, considering the original Portal was only 3lb / 1.35kg, we can’t imagine it being much heavier than that, which is a comfortable load to carry from room to room.

We think battery-powered smart displays will certainly make life easier when it comes to video calling, and it’s something we think all models should have, and look forward to seeing how rivals such as Google and Amazon respond.

The latest iteration of the Huawei FreeBuds lineup of true wireless earbuds is almost here, but they might be a bit more of a novelty than we’re used to from ... Read more »

The Sync 20 speakerphone from Poly is part of a new range of products designed to cater to the needs of remote and hybrid workers, marking a slight change in ... Read more »

Has Oti Mabuse danced on Strictly for the last time? (BBC) Oti Mabuse and Ugo Monye were voted out of Strictly Come Dancing in week five – but have we ... Read more »

British spy chief sounded the alarm over the growing threat from <a href="/tag/criminal-gangs“>criminal gangs (PA Wire) Ransomware attacks in the UK have doubled in just a year as criminal gangs ... Read more »

The best accounting software for small business makes it simple and easy to keep accurate financial records for expenses, profit and purposes. Having the right package is non-negotiable if you’re ... Read more »

With the prevalence of remote working, the biggest threat to corporate networks comes from non-business Internet of Things (IoT) devices, according to a new report. A study by Palo Alto ... Read more »

Bullying follows children home from school and carries on in their bedrooms at night via Instagram, a whistleblower has claimed. Frances Haugen, a former employee of the tech giant who ... Read more »

Twenty years on from the public release of Windows XP, the popular operating system is still regarded one of Microsoft’s greatest achievements. As of August this year, Windows XP still ... Read more »

Since May 2021, Nobelium, the threat actor behind last year’s widely-reported SolarWinds campaign, has been observed attacking organizations in the US and Europe according to cybersecurity experts. Tracking the movements ... Read more »

It’s young, it’s hot and we just got some very nice photos of this nearby exoplanet. Read more »

You season 4: everything we know