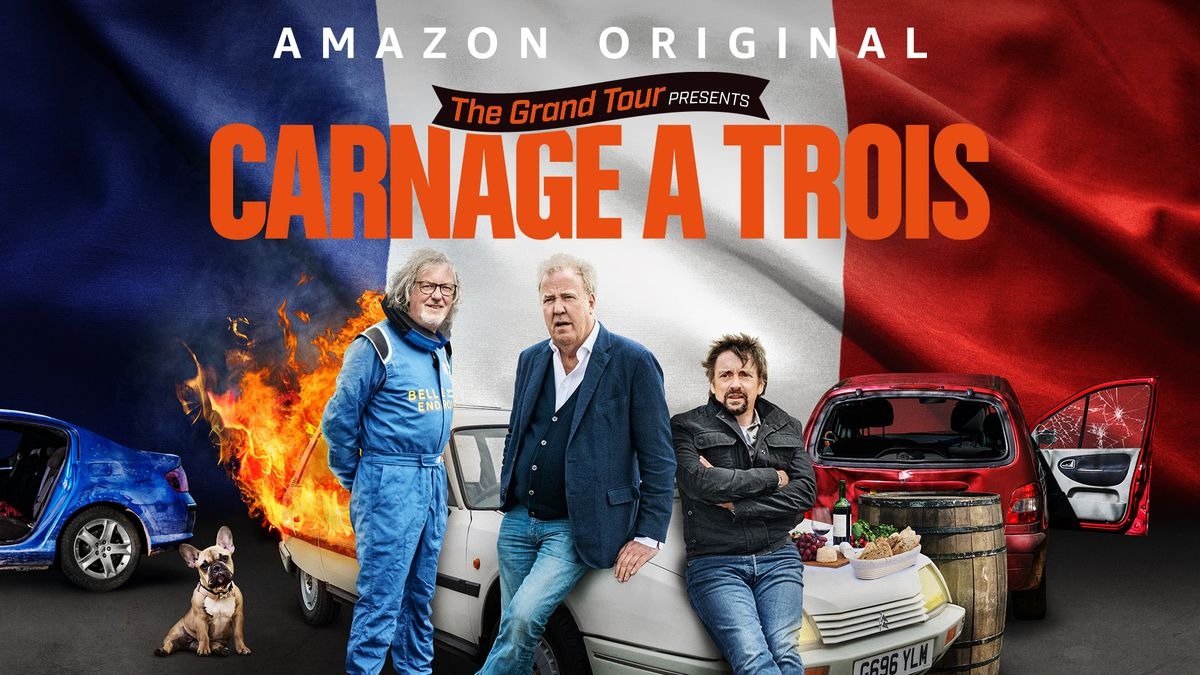 The latest episode in The Grand Tour’s fourth season has finally been given a release date – and a full-length trailer, too.

The trusty trio of Jeremy Clarkson, James May and Richard Hammond will all return to Amazon Prime Video for more vehicular antics on December 17. This time around, they’ll be embarking on a journey from the Welsh hills to the English Channel.

You can check out the trailer below.

As you can see from the footage, it’s a safe bet to expect more of the same craic, crashes and carnage from the famously foolish British presenters. Alongside the trailer, though, Amazon has also released an official synopsis for the upcoming episode.

“In this second lockdown special, the trio dive into the bizarre world of French car culture,” it reads. “On an epic road trip starting in the Welsh hills, they dish up a hair-raising mountain climb, bomb defusals, propeller powered cars, helicopter stunts, and the most thrilling race of their lives before reaching the English Channel for a jaw dropping medieval climax. And a soupcon of French art house cinema.”

A typical episode of The Grand Tour, then.

What about future episodes?

As for The Grand Tour’s intended release schedule, the global pandemic put an engine-breaking spanner in the works.

May told BT earlier this year that the show’s producers deemed it “better to film in the UK and deliver regularly than promise the earth and not deliver anything,” which explains the decision to once again limit this latest episode’s adventure to within British borders.

Original plans to film in Russia – for a special following 2020’s A Massive Hunt – were put on hold last year, and still remain so in 2021. May has since given an update on the situation, telling the Radio Times that the episode will emerge eventually.

“We’re just having to put it in the cupboard at the moment,” he said. “But we will get it out one day and finish it off.”

In the meantime, then, we’ll just have to enjoy the domestic drama of Carnage A Trois, which arrives on Amazon Prime Video December 17 – just in time for Christmas.