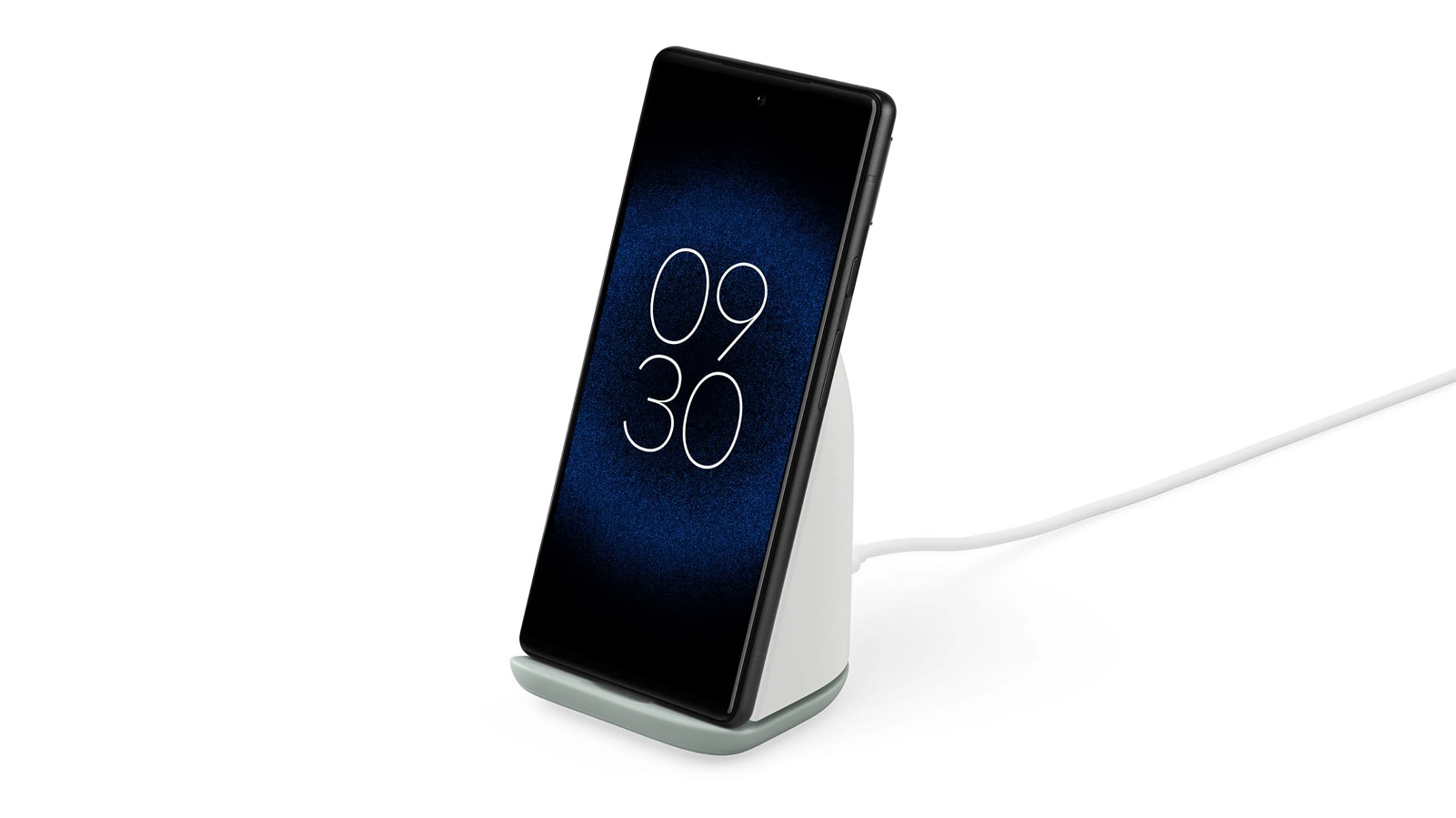 To be clear, the listing for the Google Pixel Stand (2nd Gen) says it is ‘coming soon.’ We reached out to Google, which confirmed to TechRadar that the wireless charger wouldn’t arrive on October 25, but didn’t give a release date.

The Google Pixel Stand (2nd Gen) improves on its predecessor with faster charging up to 23W – but only for the new Pixel phones. Other devices charge at up to 15W, which is about standard for wireless charging in most handsets anyway.

Interestingly, the new Pixels don’t charge at the same rate: peeking at the fine print of the specs sheet, the Google Pixel 6 wirelessly charges up to 21W, while the Pixel 6 Pro goes up to the stated 23W. It’s a minuscule difference, but more sleight of hand to obscure the actual recharge rates of these phones.

If you’re using a Qi-certified EPP charger (aka a non-Pixel Stand), expect the new Pixels to wirelessly recharge up to 12W.

Wireless charging: does it matter?

Most phones, especially at the flagship level, can wirelessly charge – and some can even act as chargers themselves (the Pixel 6 and Pixel 6 Pro included), sapping their own battery life to recharge other Qi-certified devices.

There are a few flagships that don’t, like the Asus ROG 5, a gaming-focused phone that saves space and avoids the heating issues that come with wireless recharging in order to preserve thermal capacity and space for its huge 6,000mAh battery and gaming-intensive features.

Whether or not Pixel 6 owners use wireless charging, they’ll still benefit from the large 4,612mAh battery, while the Pixel 6 Pro has a larger 5,000mAh battery. Both have a maximum charging speed of 30W, though neither includes an actual charging block in the box – you’ll have to buy that separately, but as far as we know, you won’t have to buy a Google-specific charger to get that top recharging rate.

Becoming a new parent is challenging – and fathers need support too

OnePlus will likely be at CES 2022, but we don't expect the OnePlus 10

Is Google Calendar down?

Oppo has announced it will host Inno Day 2021, its annual tech event on December 14. Days ahead of the event, the company has teased a unique retractable smartphone camera ... Read more »

SEOUL, Dec. 8 (Yonhap) — Jungheung Construction, a midsized local builder, said Wednesday that it will sign a deal this week to buy a controlling stake in Daewoo Engineering & ... Read more »

Kia EV6 (HMG)Hyundai Motor Group is likely to post a better-than-expected fourth quarter result as well as a record-high operating profit of 7 trillion won ($5.9 billion) this year, despite ... Read more »

(Yonhap)Samsung Electronics said Wednesday that it was ranked 4th out of the top 150 global tech companies in an index that gauged corporate efforts in using technology ethically and for ... Read more »

From the ‘Ghost Recon Breakpoint’ gameplay walkthrough trailer | Photo credit: Ubisoft North America / YouTube screenshot Ubisoft has been one of the video game giants to confirm its commitment ... Read more »

Microsoft and Samsung may team up for a new product

Working with tables in Google Docs become easier with these updates

Google is rolling out new updates to Docs that makes it easier to create and edit inline tables. As reported by 9to5Google, the tech giant has added “several new ways ... Read more »

The exterior of the Korea Fair Trade Commission in Sejong (Yonhap)South Korea’s antitrust regulator said Wednesday it has decided to impose a combined 20.7 billion won ($17.6 million) in fines ... Read more »

Officials from SK Gas Co. and US hydrogen startup C-Zero hold a virtual ceremony on their partnership in this photo provided by the South Korean company on Wednesday. (Yonhap)SK Gas ... Read more »

2G and 3G mobile networks are to be phased out of use in the UK by 2033 as part of Government measures to increase the security of telecoms supply chains, ... Read more »

Pfizer vaccine ‘may be up to 40 times less effective' against omicron variant, early study suggests

(Independent) The neutralising antibody response generated by the Pfizer vaccine may be 41 times less effective against the omicron variant than the initial Covid virus type, an early study has ... Read more »

SEOUL, Dec. 8 (Yonhap) — Corporate mergers and acquisitions (M&As) by big South Korean firms rose sharply in the first nine months of this year as they revved up efforts ... Read more »

Apple says it is looking into iPhone call drop issue

The best free text-to-speech software in 2021