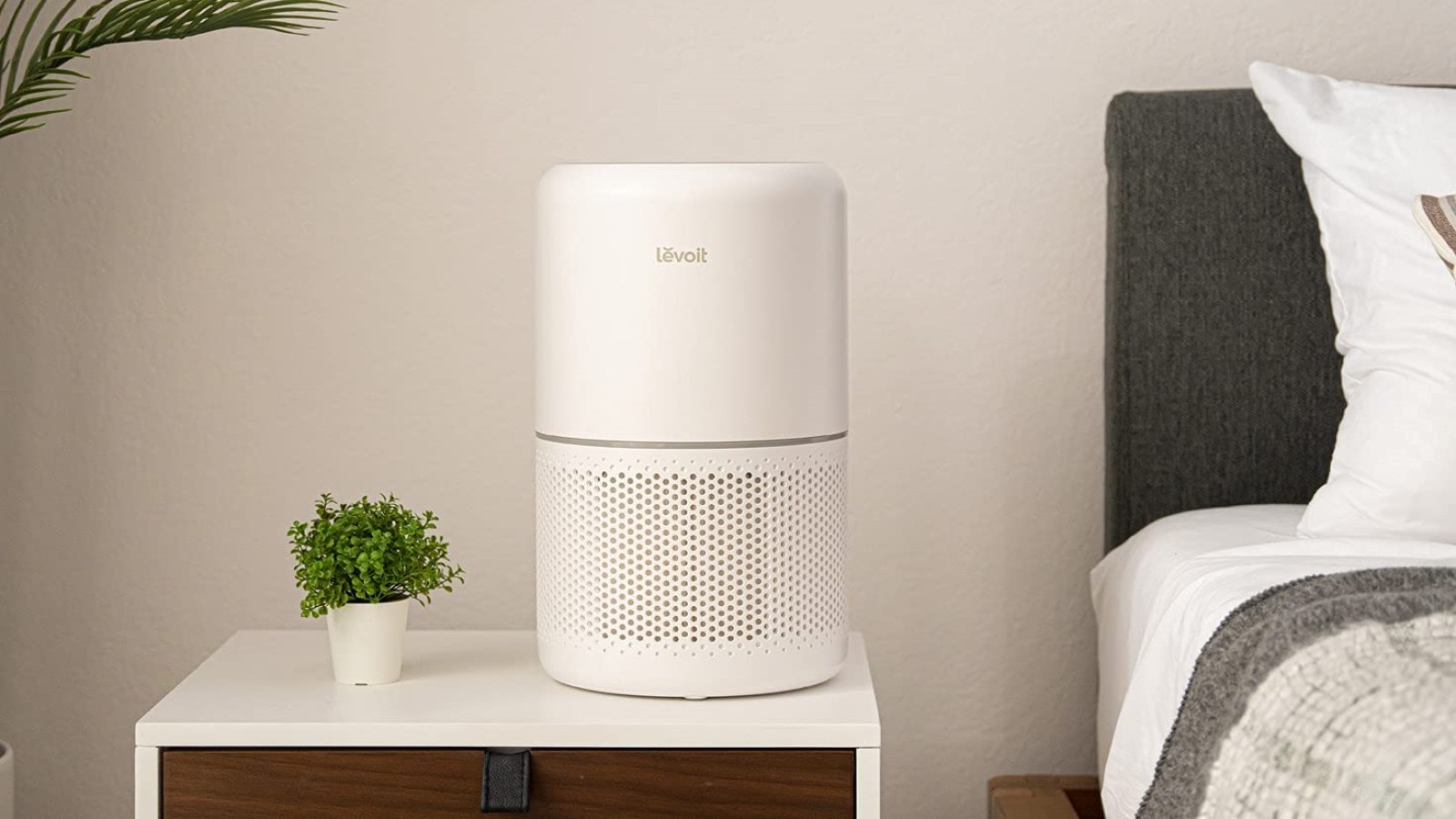 Picking up one of the best Black Friday air purifier deals is a great way of improving the quality of the air you breathe without breaking the bank. Air purifiers remove pollutants from the air through an air filtration system, meaning that even if you have high levels of smoke and pollution in the area that you live, you can still breathe in fresh and clean air every single day. That’s why air purifiers are often at the top of people’s to-buy list for Black Friday 2021. Our best Black Friday air purifier deals page will show you all the top discounts on brands like Dyson, Coway, Blueair, Levoit, and more.

While it’s always important to remove pollutants from the air, we’re expecting less of a rush for Black Friday 2021, which may mean that you’ll be able to get your hands on the air purifier you’ve been dreaming of before the deal is gone. We’ll be keeping this page updated with all the top air purifier deals this Black Friday, so no matter what type you’re looking for, you’ll find the best discounts right here.

That might also mean that we’re in for some even better discounts this time around, but we’ll get onto that when we cover what air purifier deals to expect for Black Friday 2021, as well as last year’s top deals and which models typically have the greatest reductions. 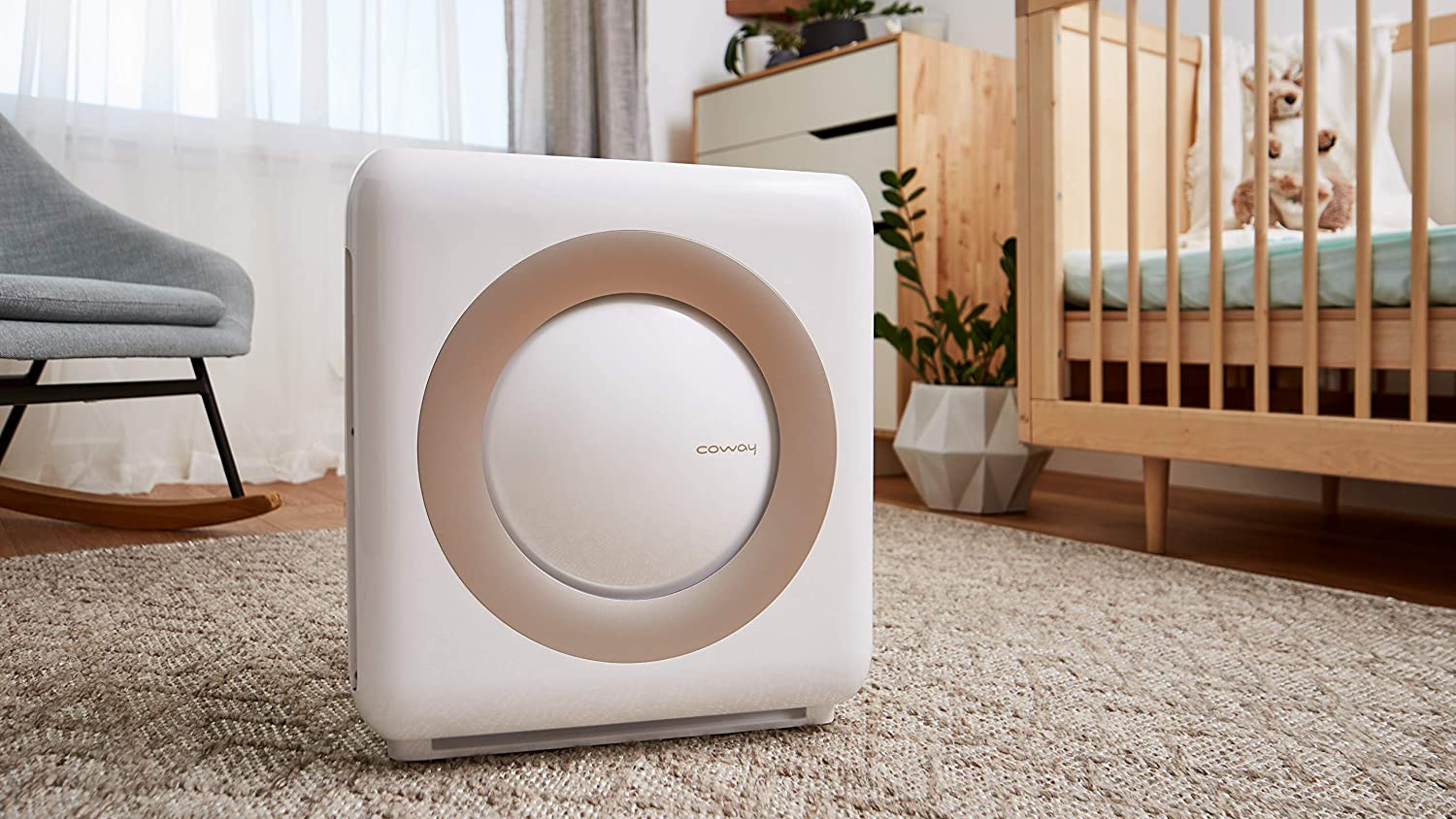 When will the best air purifier deals start in 2021?

Last year air purifiers were one of the most popular Black Friday products, and for obvious reasons, people were keen to make sure that the air they were breathing was as healthy as possible. We saw a lot of last-minute air purifier deals, but some of the best ones actually cropped up early for keen shoppers, well ahead of Thanksgiving.

Many air purifiers hit their lowest points for the entire Black Friday event in the week leading up to the sales, and prices typically stayed this low well into Cyber week. Amazon often drops lightning deals that only last a few hours, but offer the chance to grab a real air purifier bargain if you manage to catch one. We expect to see the same for Black Friday 2021, with a few last-minute flash deals cropping up as the event continues.

Where are the best places to find air purifier deals on Black Friday?

Amazon often leads the way when it comes to air purifier deals on Black Friday, with discounts on Dyson, Coway, Blueair, Levoit, and more. If you have a specific model in mind though, take note of where else it’s stocked ahead of Black Friday. Best Buy and Home Depot also runs some great promotions every Black Friday, and we’ll be keeping you posted on all the main discounts when they start dropping in November.

What Black Friday air purifier deals do we expect to see in 2021? 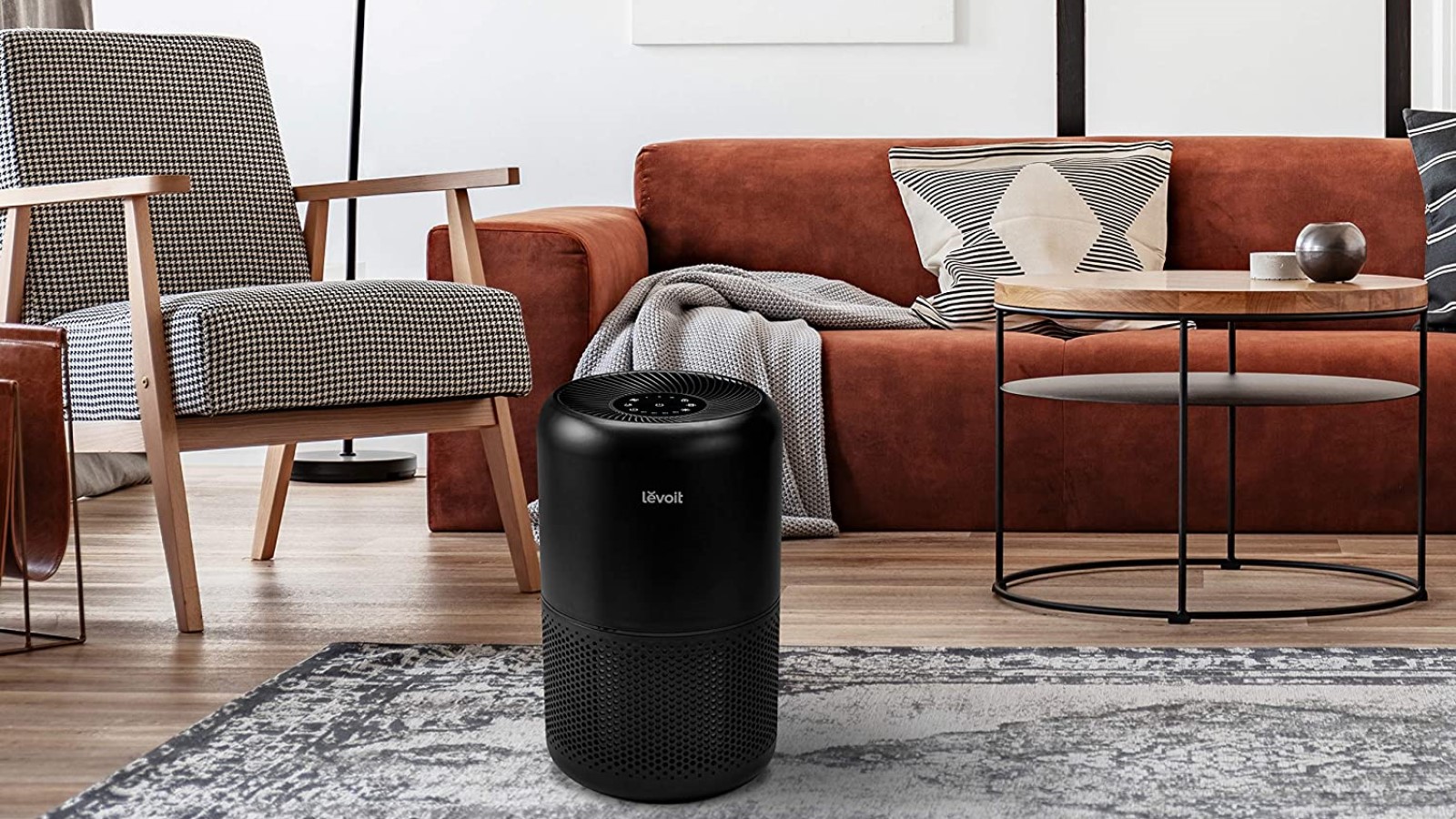 Last year we didn’t expect to see amazing discounts, as air purifiers were selling out ahead of Black Friday. The real struggle was finding an air purifier that didn’t sell out at record speed as soon as the promotions dropped! This year though, we’re expecting a much more extensive range of promotions on budget brands such as Honeywell, right through to highly coveted Dyson air purifiers.

Stay tuned for price-matching battles, too, because once those prices start to drop we’re expecting to see stores like Best Buy and Walmart matching the discounts you’ll find at Amazon and other retailers. Recent drops from Shark and BlueAir may also see some big discounts, given that they’re already reduced well ahead of Black Friday itself. 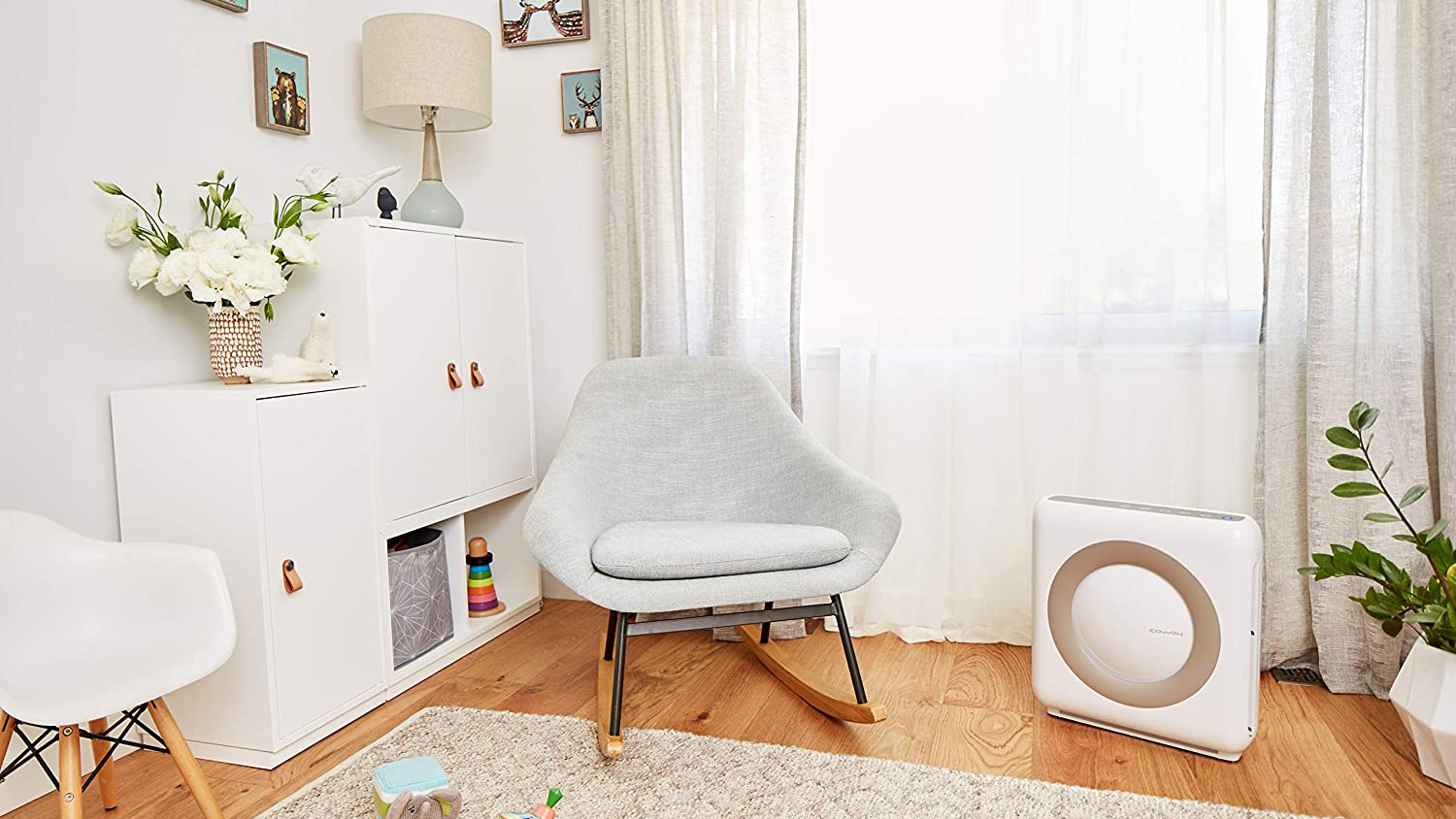 If you’re hoping to invest in a new air purifier before the Black Friday deals start to drop, there are still some great savings to be had on top brands like Dyson and Shark. 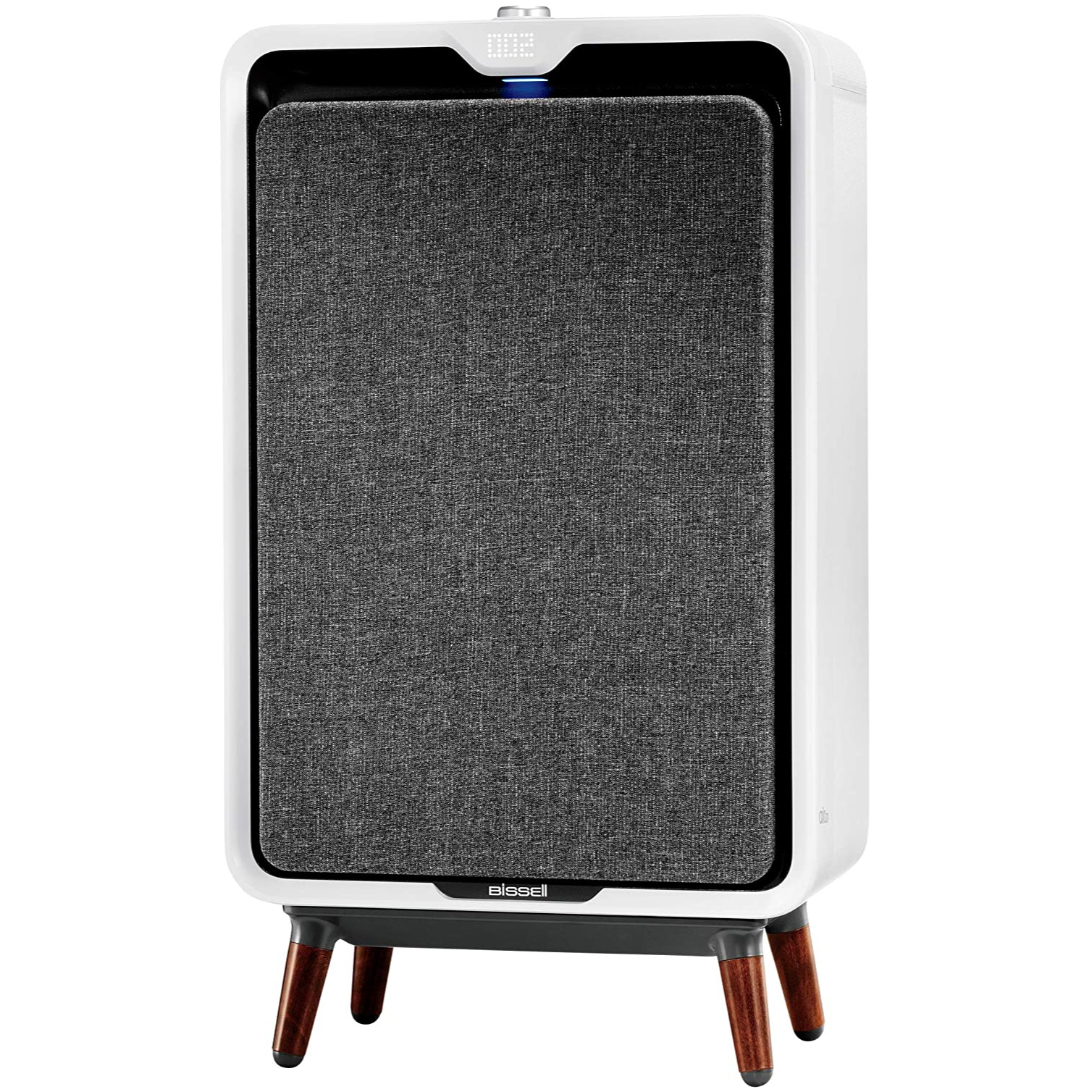 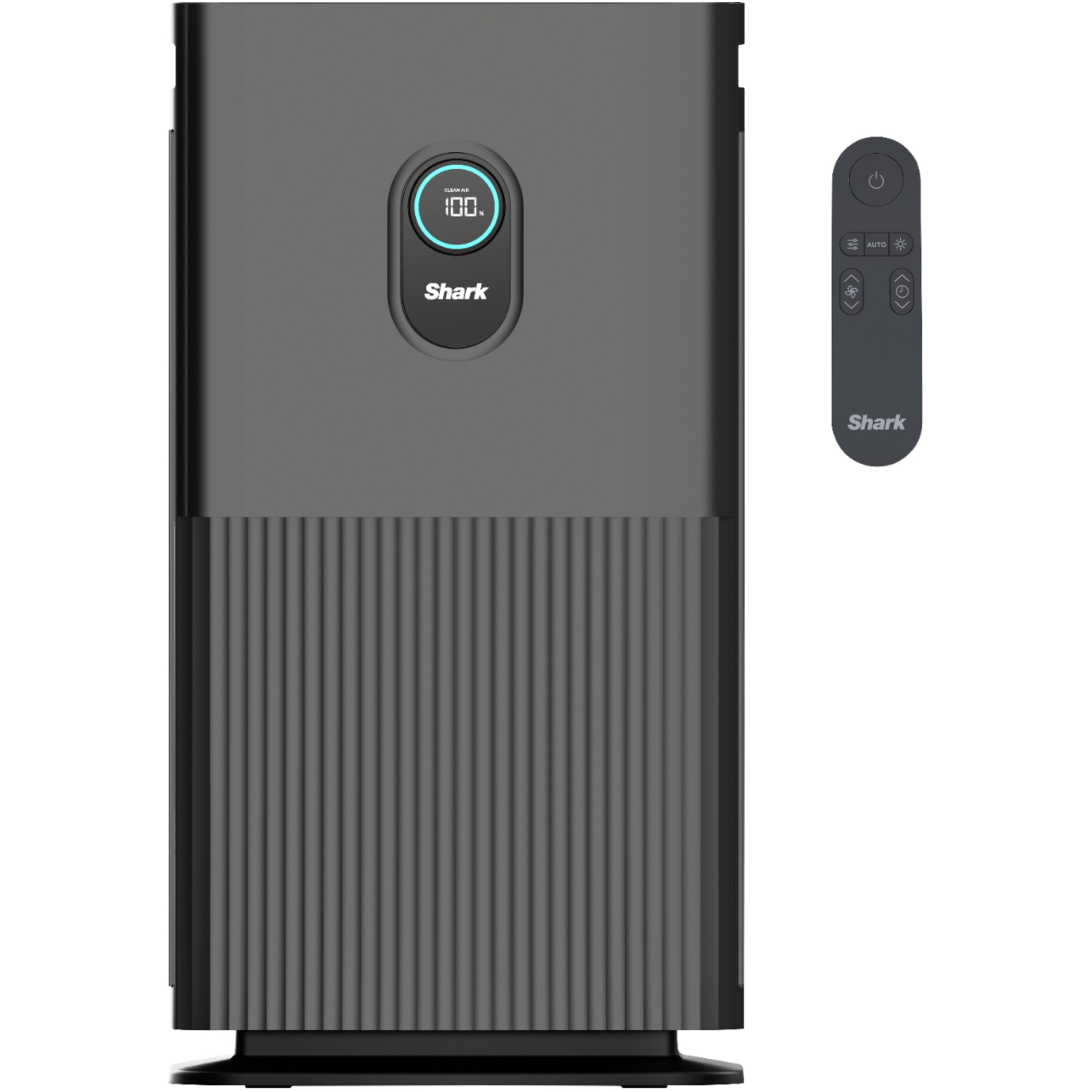 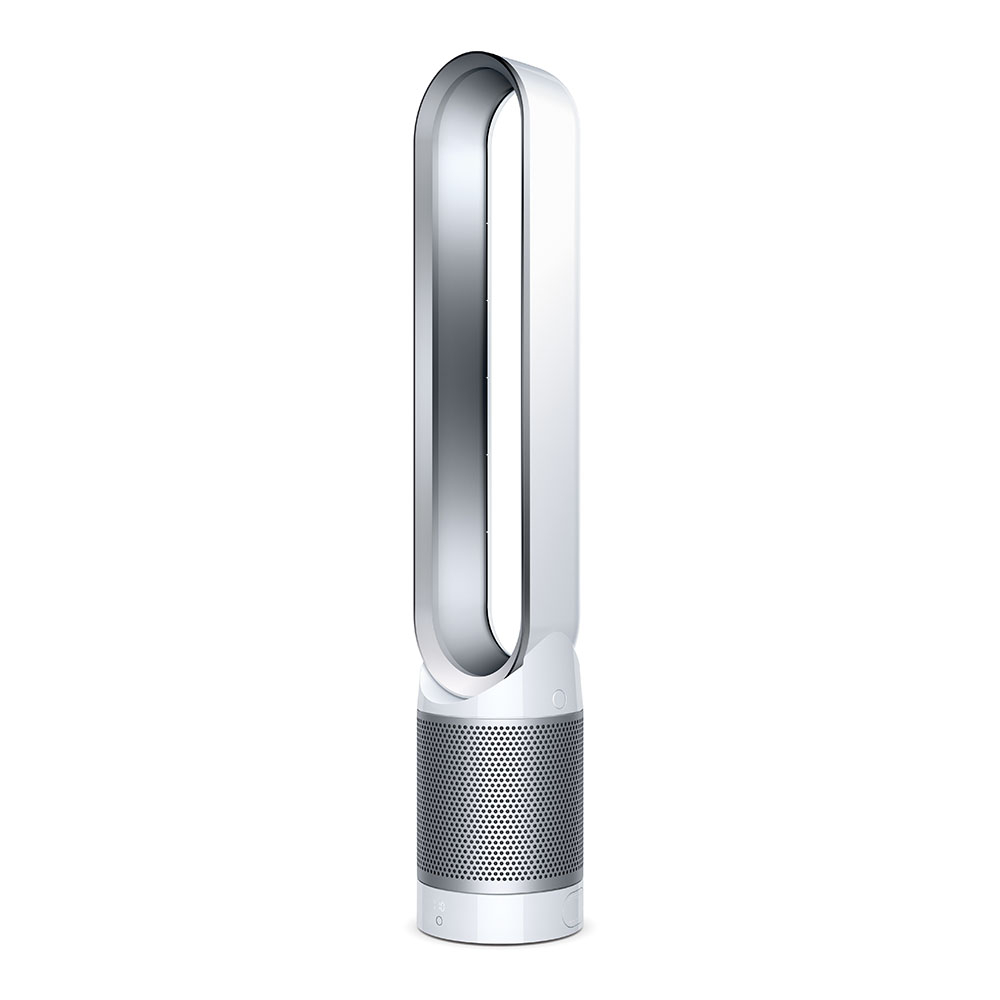 Dyson TP02 Pure Cool Link Connected Tower Air Purifier Fan | Refurbished| , now $189.99 at Walmart (save $110)
If you’ve been hoping to grab a Dyson air purifier deal, this refurbished model from Walmart is even more of a steal thanks to a neat $110 discount. It’s got an automatic night mode that runs quietly while you sleep. View Deal

One of last year’s standout deals was a lightning deal on Amazon that dropped the Coway AP-1512HH White HEPA Air Purifier’s price by 35%, with an overall saving of $80. We’re expecting more lightning deals from Amazon this Black Friday, as well as some early savings on stylish brands like Molekule and Conway.

We also saw savings of up to 25% on the brand new Shark Air Purifier 6, as well as up to $200 off the Dyson HP04 Pure Hot and Cool Air Purifier and Fan.

From Nov 1, all government agencies will accept digital ICs when individuals use or apply for public services in person. SINGAPORE – Forgot to bring your NRIC for registering at ... Read more »

Internet users in Australia would be asked to choose a search engine from a mandatory screen as part of efforts to break up Google's dominance. The Australian Competition and Consumer ... Read more »

An increasing number of start-ups in Hong Kong are offering cryptocurrency-lending services, claiming to provide high returns. However, as regulations on such blockchain-based decentralised finance (DeFi) are unclear, industry observers ... Read more »

BANGKOK (AP) — A resident of a high-rise condominium in Thailand cut the support rope for two painters, apparently angry she wasn't told they would be doing work, and left ... Read more »

Hollis Johnson/Insider Dr. Pimple Popper treated a man with a deep cyst on the back of his neck. The patient said the bump had been growing for 25 to 30 ... Read more »

With courage to come forward and speak openly about his experience in 2010 with the Chicago Blackhawks, “John Doe” has revealed his identity. Kyle Beach, a first-round draft selection of ... Read more »

Looking for more celebrity and entertainment news? Sign up for Yahoo Lifestyle Canada’s newsletter! Kate Hudson is stripping down for a great cause. The 42-year-old actress took to Instagram on ... Read more »

Naver CEO Han Seong-sook is expected to resign and accept a new post in Europe, after serving more than four years as the CEO. Korea Times file IT giant sets ... Read more »

We’ve already devoted toomanywords to the new 14 and 16-inch MacBook Pro‘s notch, yet it continues to haunt us. After accepting the reality of the unnecessarily large camera cutout, we ... Read more »

SEOUL, Oct. 28 (Yonhap) — Small and medium-sized enterprises (SMEs) account for an absolute majority of businesses in South Korea, with their workforces taking up nearly 83 percent of all ... Read more »

Chief scientists and presidents of the national science academies of more than 20 countries including Sir Patrick Vallance have written to world leaders ahead of the Cop26 climate summit, urging ... Read more »

An excavation into a Roman amphitheatre has uncovered evidence of a holding cell for those who were about to meet their fate in the arena, English Heritage has revealed. The ... Read more »

The southern Chinese tech hub of Shenzhen, known as the country’s answer to Silicon Valley, has drafted a plan to cultivate more “unicorn” companies and help them achieve public listings, ... Read more »

Even though it is hotter than anything else on or in the planet, the Earth’s inner core of iron and nickel has long thought to be entirely solid because of ... Read more »

Facebook's algorithms gave an "angry" reaction five times the weight of a traditional "like." After years of research, employees realized the result was more "toxicity." Read more »

With office workers around the world responding to the pandemic by working from home, printer brands have responded by offering more models aimed at the home office. Brother has unveiled ... Read more »

While Black Friday 2021 isn’t until November 26, we’re already starting to see some pretty awesome deals start to come in, and right now we’ve got a big one if ... Read more »

Multiple supercomputing institutions in China have built machines that have already breached the landmark exascale barrier in behind-closed-doors testing, reports suggest. According to Next Platform, which says it has the ... Read more »

Nvidia has been working on the $54 billion bid for UK-based chip designer Arm since 2020, with plenty of snags along the way. But now the tech company is facing ... Read more »

Mailchimp has announced a new partnership that allows users of its email marketing software to directly integrate with Shopify’s ecommerce platform. Both new and existing users of the two companies ... Read more »

Fishing vessels at sea off the coast of Jersey – Oliver Pinel The Government has vowed to retaliate if France carries out a threat to block British fishermen from its ... Read more »

Photograph: Freddie Claire/BBC I don’t know how you make an hour-long programme that takes you slowly through 14bn years of history, but the BBC and Prof Brian Cox have done ... Read more »

The Old Forge pub in Knoydart, mainland Britain’s most remote pub, which can only be reached by boat or by walking 18 miles from the nearest road, over 3,500ft hills, ... Read more »

How to watch Star Trek: Prodigy online from anywhere now