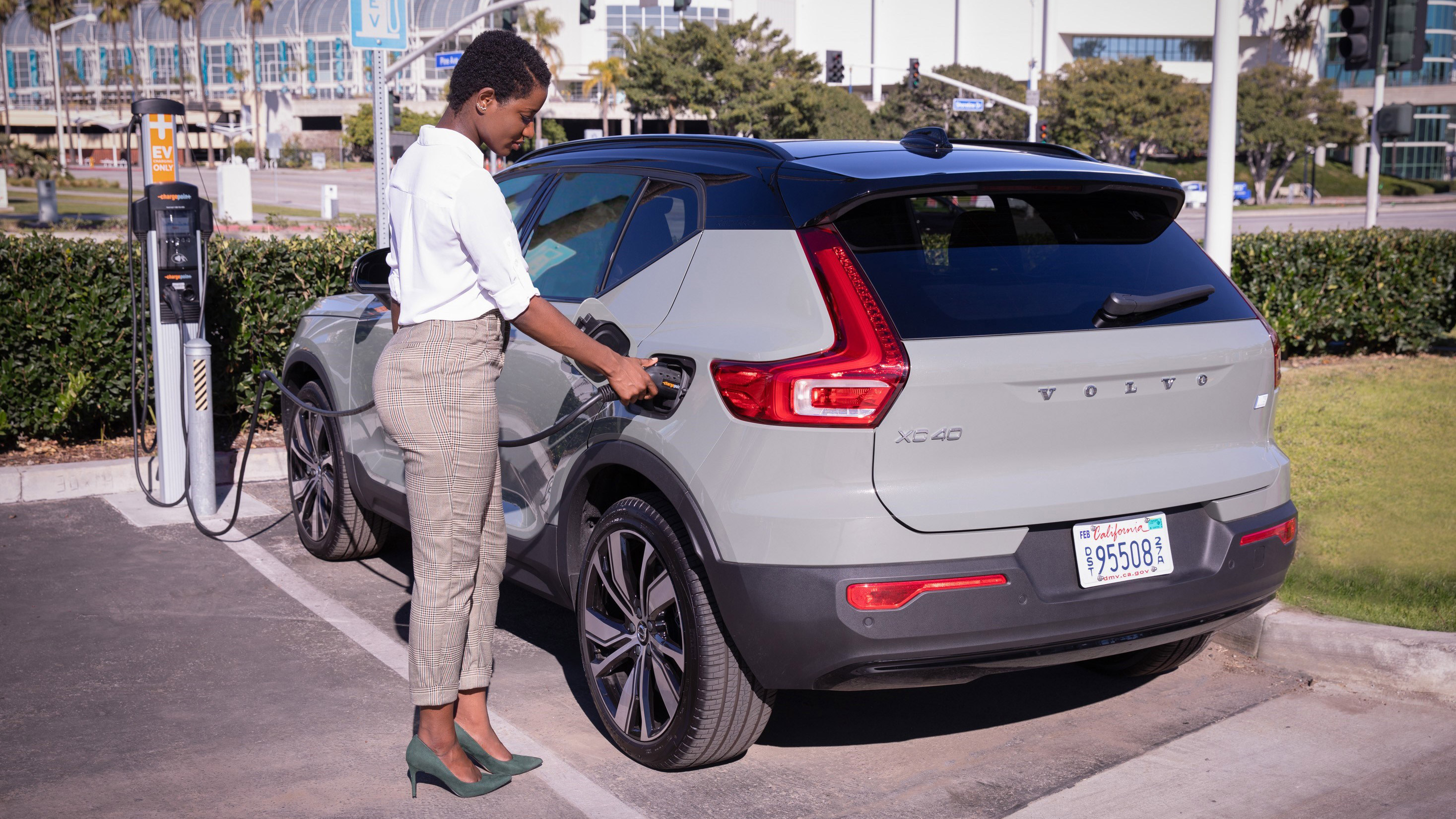 Electric vehicles are getting better in every way with features and functionality that easily match their traditional petrol and diesel counterparts. There are no exhaust emissions to feel guilty about, but pollution from brake and tire wear is still an issue.

Overall though, EVs are cleaner, greener and also less hassle thanks to having fewer moving parts to go wrong.

In many cases there’s better performance thanks to the instant supply of torque, which comes with a vehicle that uses electric motors. And the specifications on offer mean you can order an EV tailored to meet your needs, be it a compact, sedan, SUV or truck.

All fine and dandy, right? Well, not quite. EVs need to be charged, and right now doing that is perhaps the biggest issue with owning an electric vehicle. That’s why Tesla has stolen a march on the other auto manufacturers simply because early on it developed its own dedicated charging infrastructure.

Tesla owners have the distinct advantage of being able to use its fast and efficient Supercharger network, which is just that: a quick, hassle-free way to charge. Tesla even used to offer free charging but this has since fallen by the wayside, save for some of its older vehicles. 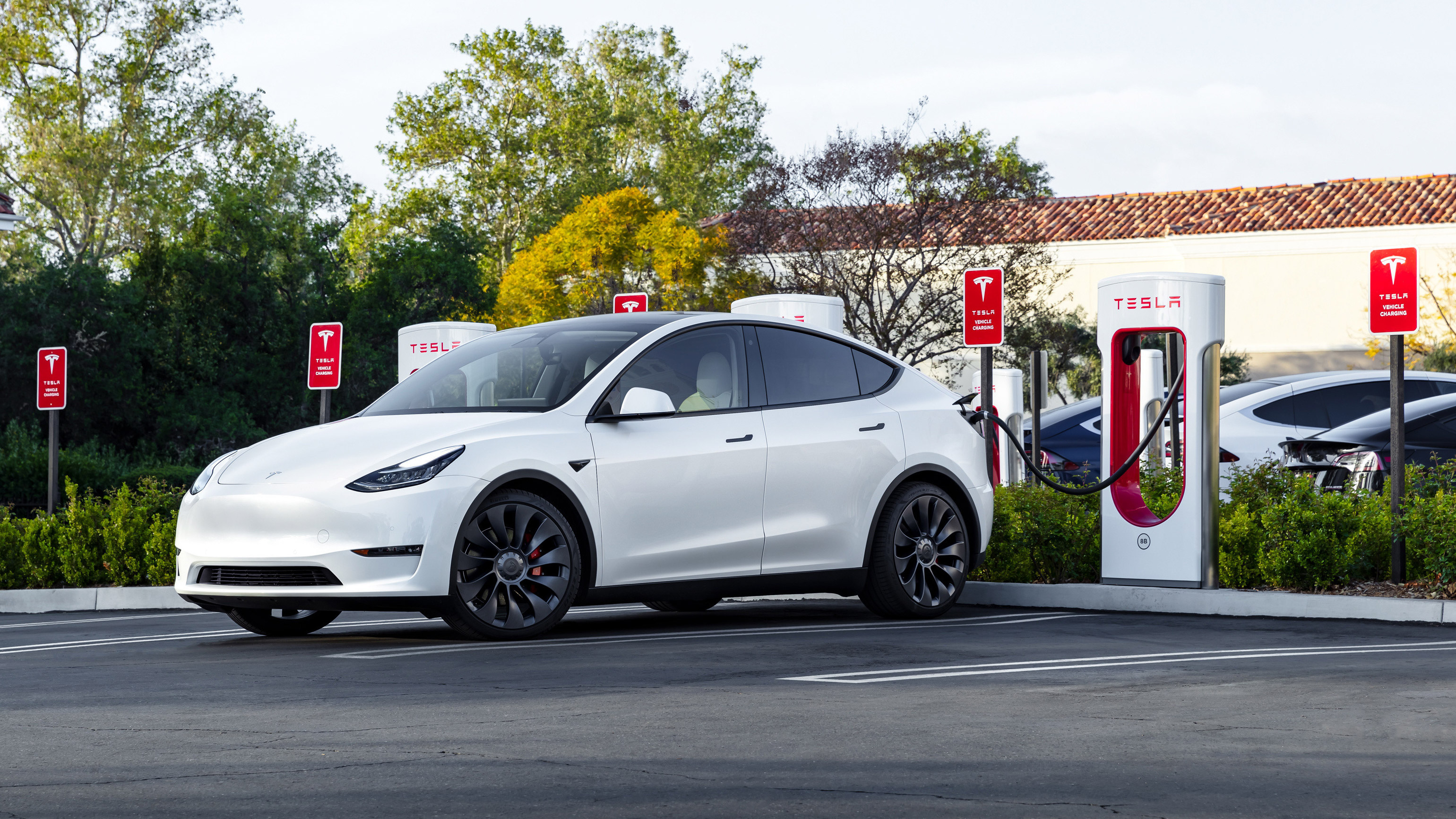 Tesla’s Supercharger network features a plentiful supply of units, frequently found in obvious and handy locations. It’s growing too, with more charging outlets appearing all the time and in many parts of the world.

Adding more muscle to the charging appeal of the Tesla network is its supplementary range of Destination Chargers, which are located at places of interest or at leisure and vacation spots, including many hotels.

That’s fine if you own a Tesla, but where does that leave everyone else? Anyone who’s enjoyed the thrill of driving an electric car will find the experience is usually tempered by the nagging thought of where you’ll charge it when the battery percentage indicator starts dropping down into the low digits.

It’s not a nice feeling and this range anxiety is almost tangible, particularly if you’re on a road trip and don’t have the lowdown on the best chargers to use. That’s if you can find one available of course. 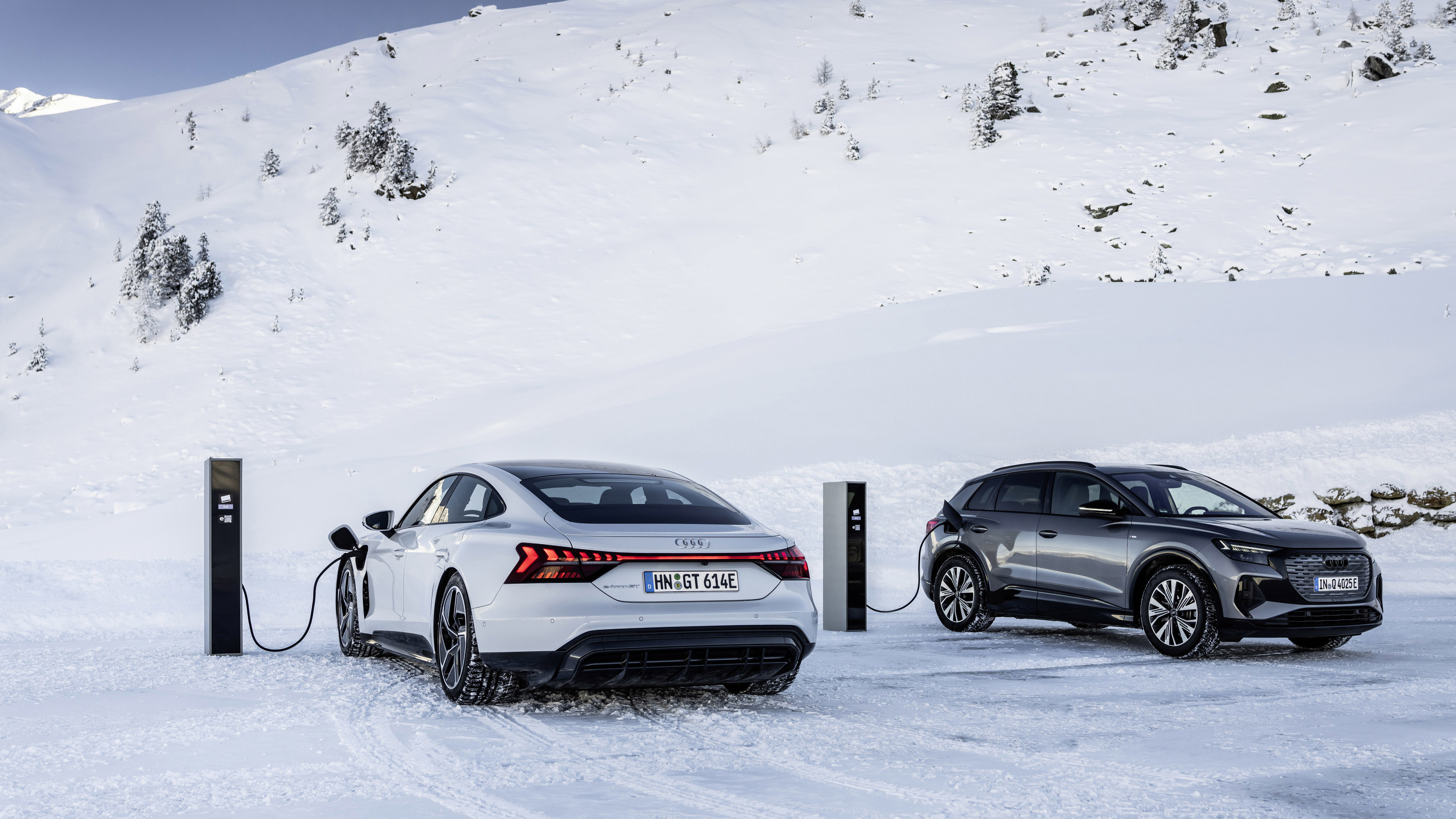 You’re never quite sure what you’ll find until you get there (Image credit: Audi)

Sure, there are apps like PlugShare, ChargeHub, ChargePoint and EVgo that can help guide you to your preferred charger network outlet and choose from Level 1, Level 2 and DC Fast Stations too.

EV Hotels is a neat alternative if you’re not a Tesla owner, have an EV and need to find accommodation while charging.

Similarly, most electric vehicles also allow you to pick routes with charging in mind. The sat nav can often be programmed to choose a route that’ll take you via the chargers of your choice.

However, the weakness in all this is that you’re never quite sure what you’ll find when you get there. Tesla’s charging infrastructure is much more consistent by comparison.

Sometimes chargers are hidden away in dimly lit parking lots or obscure locations. Occasionally, you’ll arrive feeling a sense of relief only to find the charger doesn’t exist at all. Or, it might be there, but it’s out of order or has been ICE’d (when a non-electric car blocks a charging bay) by someone, either by accident or intention.

The whole thing can be nerve-wracking and stressful. Tesla owners appear to have it easiest in that respect.

So what of the competition? Thankfully, aside from Tesla and its Supercharger network, auto manufacturers are doing their best to make it easier to charge your EV when you’re on the go.

This is done using an RFID card or an app, or in some cases just walking up and following the instructions on the charging unit in pay-as-you-go fashion.

No matter which non-Tesla rival you own this mixed bag of options can often result in a fistful of plastic fobs or cards and numerous apps having to be added to your phone if you’re looking to use multiple networks. 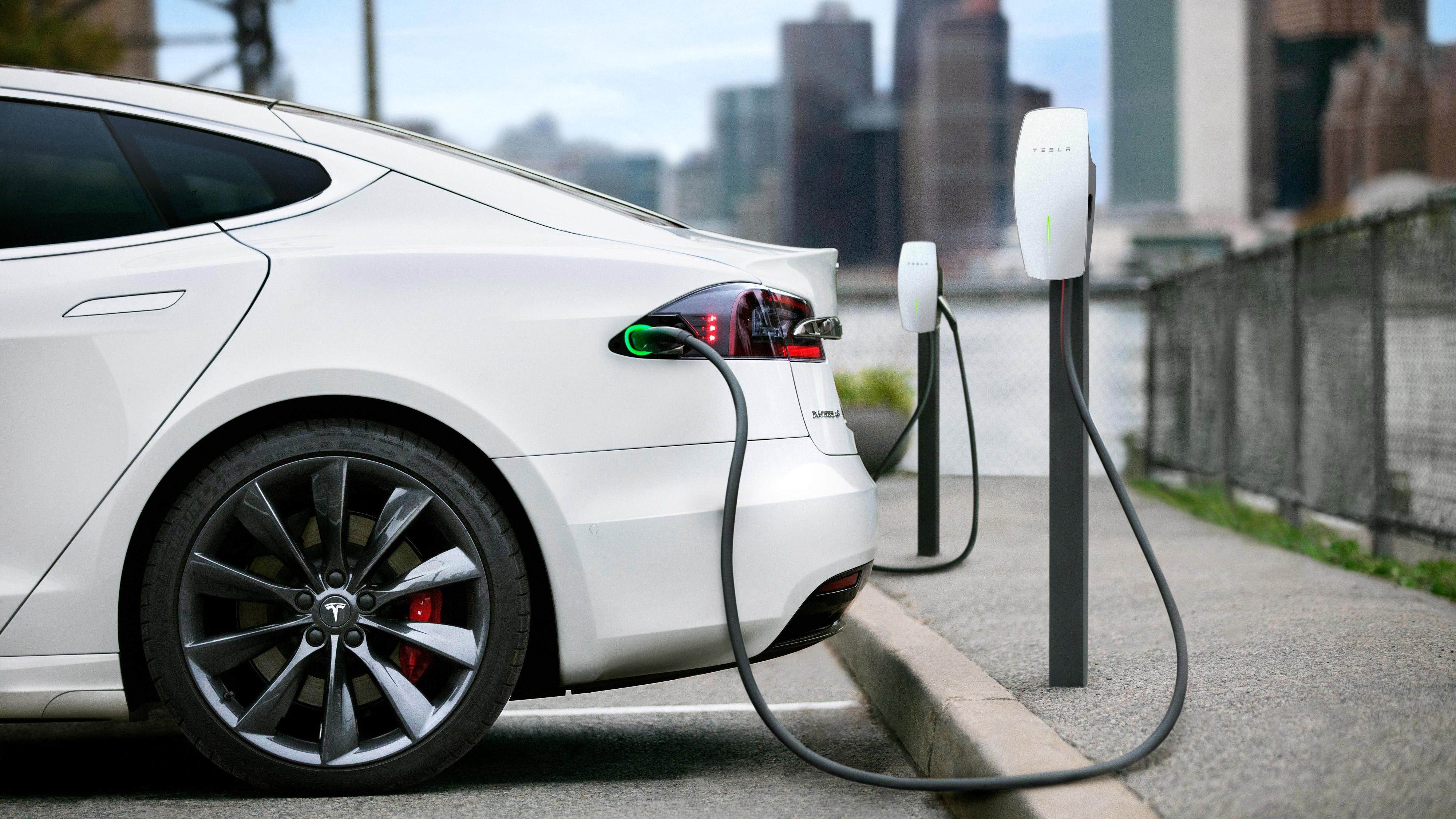 However, while the process of replenishing an EV from one of the rival automakers might be a little more convoluted than the Tesla procedure, there are deals to be had on charging.

Several manufacturers are offering free charging for a set period of time as part of the package if you’re buying a new EV.

While deals change all the time, at the time of writing a deal for the nigh-on-$100k Audi E-Tron GT makes a good example of the value it adds if you’re buying at the premium end of the market. Right now, you’ll get three years of free charging via access to the Electrify America network.

Other manufacturers offer variations on the theme, depending on the model. Hyundai, for example, will give you two years of free charging using Electrify America outlets with a purchase of the Ioniq 5.

Perhaps unsurprisingly, given it has masterminded the Electrify America network, VW offers a tempting three years worth of free charging on its Ioniq rival, the ID.4. 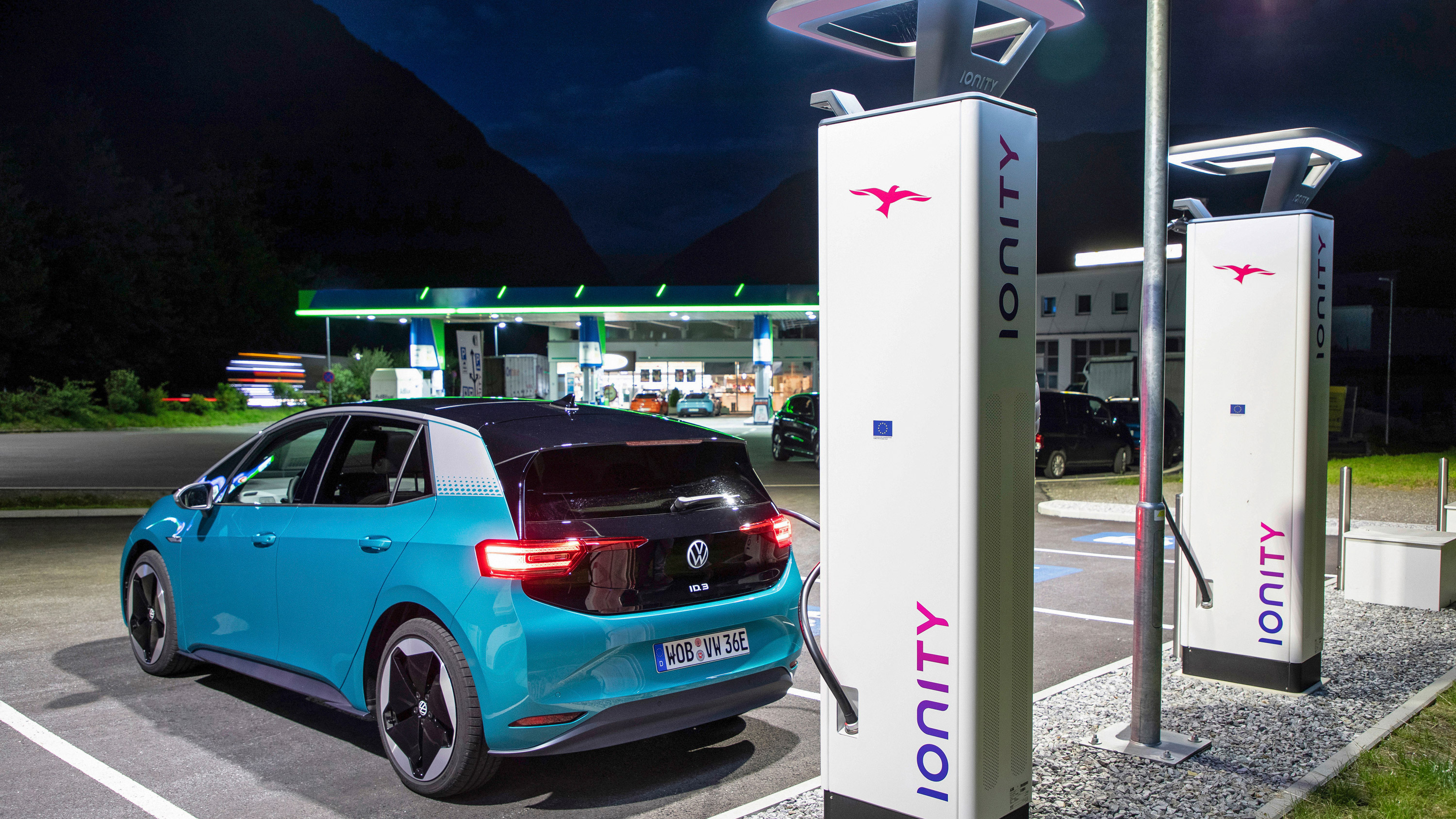 Therefore, simplifying the charging process in the same way as Tesla does is certainly showing signs of improvement. Some rival automakers now give EV owners the option of having one card to charge their electric vehicle, which can be used on more than one brand of charging outlet.

Better still, one of the most interesting, not to mention convenient routes prospective EV owners will be interested in is Plug and Charge technology.

This allows a driver to arrive at an EV charging station, connect the charging cable and let the vehicle automatically communicate with the outlet so no cards or apps are needed.

It offers the sort of ease and convenience that Tesla does so well and Europe has a similar system falling into place using the Ionity network. However, while this seems like a great way to simplify the charging situation for EV owners, making it happen across the States in a seamless, joined up fashion is going to be no mean feat.

Cars like the Ford Mustang Mach-E and the Porsche Taycan might be ready to use this type of charging, but getting all of the back-end systems up and running is very much a work in progress. It’s not a universal solution just yet. 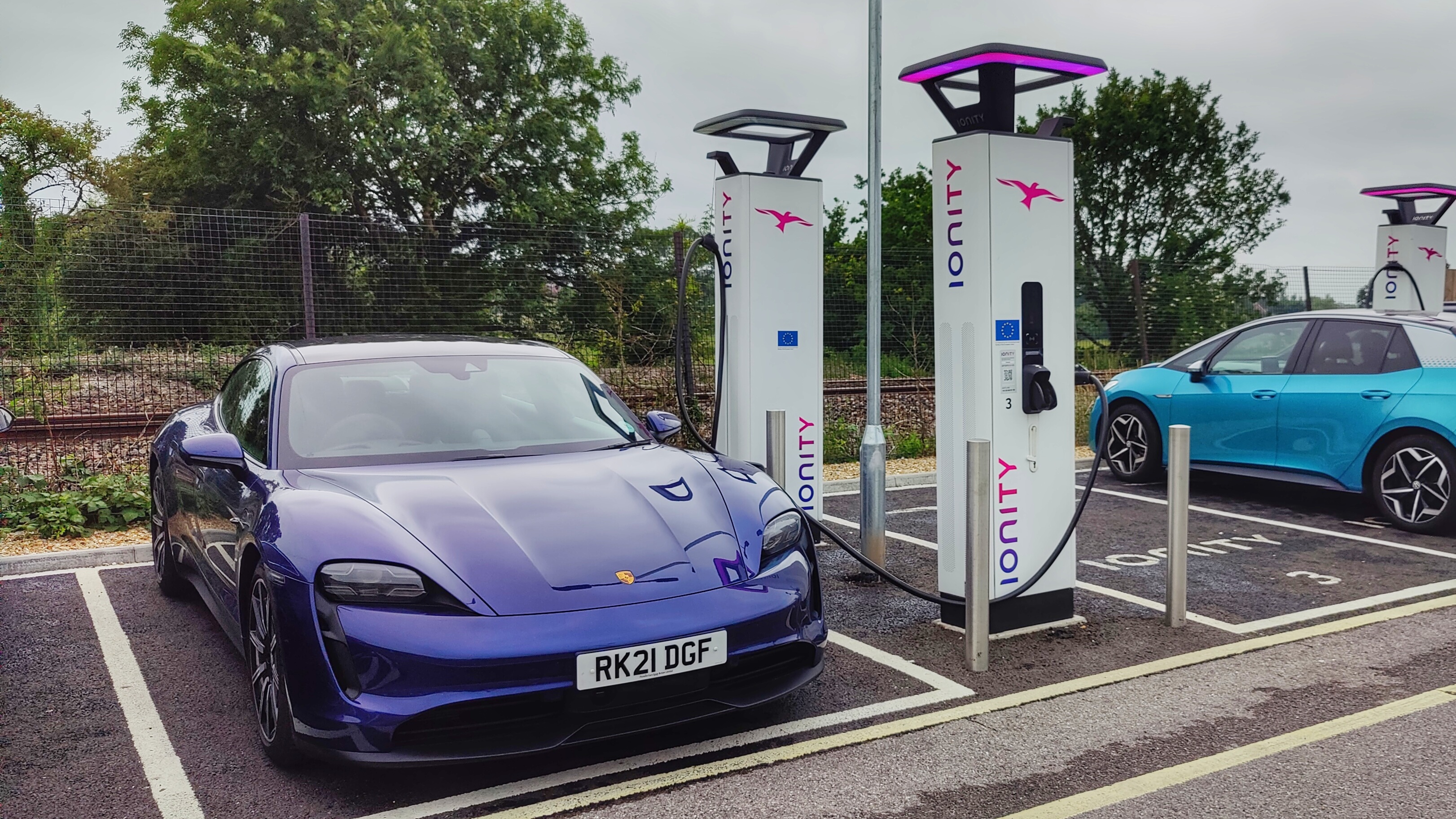 Looking at Tesla’s competition then, it’s all a bit of a hotchpotch but there is hope.

GM, for example, unveiled its Ultium Charge 360 program in April 2021 with the express intention of making it simpler for EV owners to charge their vehicles.

The scheme is a partnership between 7 networks including Blink Charging, ChargePoint, EV Connect, EVgo, FLO, Greenlots and SemaConnect. It’s aimed at both the US and Canada, with a GM-branded app giving you access to almost 60,000 charging outlets.

Meanwhile, the likes of Volvo, Kia and, indeed, any sensible automaker with an EV strategy in place are also working to streamline charging into one centralized app or card, which lessens the hassle factor for drivers.

Being able to access multiple networks without the need for endless apps, accounts and passwords is certainly a step in the right direction.

Nevertheless, it’s still easy to see why Tesla continues to lead the field when it comes to quick and easy charging. Things might be improving, but there’s no doubt the rest of the auto industry is still playing catch-up.