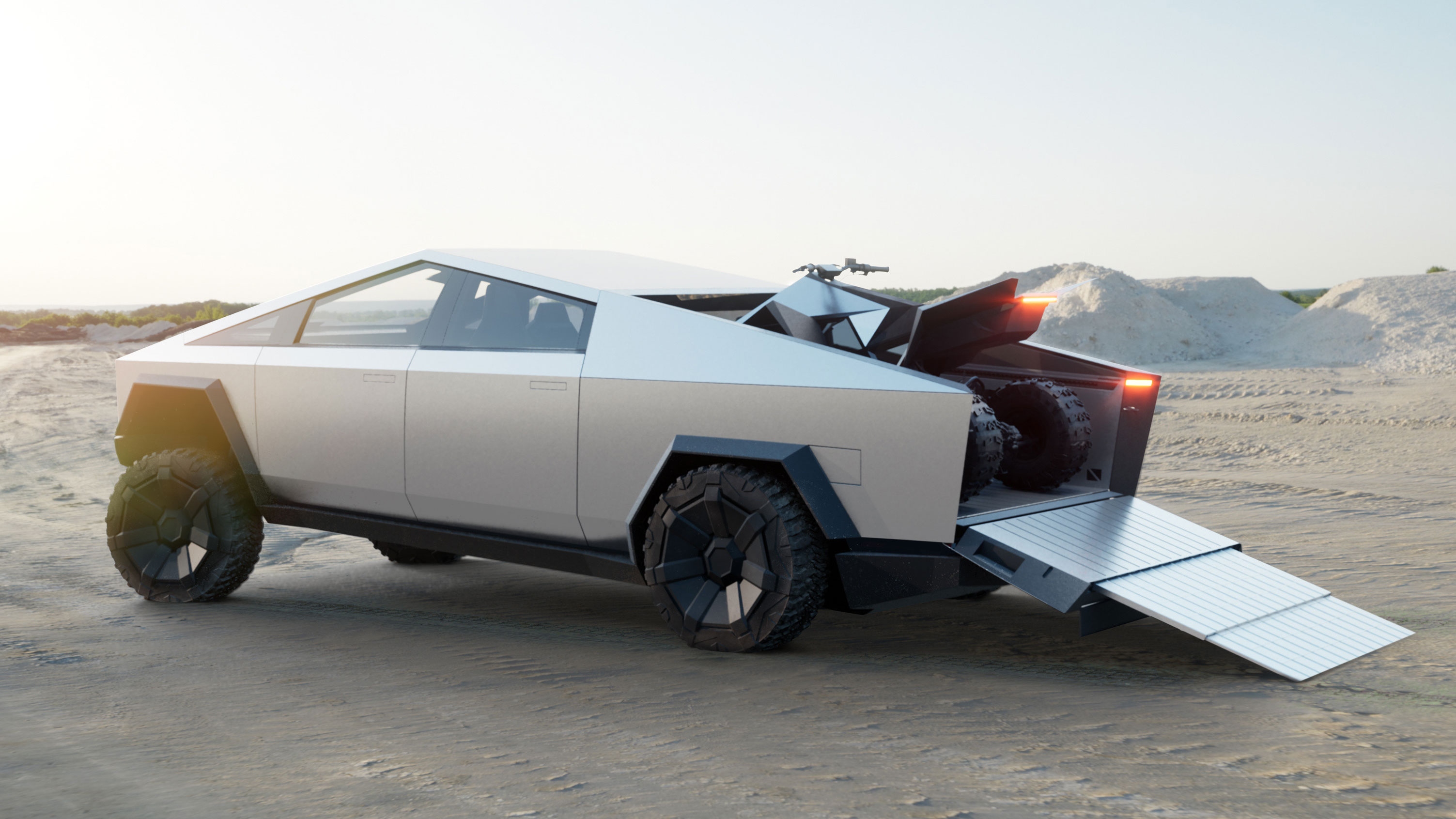 Tesla can be a mysterious company at times, but when it comes to products and product announcements, it doesn’t keep many secrets.

It’s more likely to see a far-future product than it is for one to be downplayed, which makes its recent patent application all the more curious.

In a recent filing to the United States Patent and Trademark Office (USPTO), Tesla asks for a trademark on the term “Cyberquad,” but not for the reasons you might think. To be clear, this wasn’t an application for a vehicle or any sort of transportation. Instead, the document covers Cyberquad clothing.

The Cyberquad first appeared alongside the Cybertruck during its debut event in late 2019.

With matching lines, a super-future look, and absolutely zero details, it was an exciting but ultimately unknown addition to Tesla’s growing catalog of potential future products.

So, while you may not be able to buy and use an actual Cyberquad anytime soon, there’s a decent chance that you can buy something Cyberquad-related.

While there’s potential for this to be a promising development for Cyberquad hopefuls, it’s worth noting that Tesla has not tested, shown, or otherwise mentioned the vehicle more than once or twice since its brief appearance almost two years ago.

In fact, the quad we saw during the Cybertruck’s announcement was a Yamaha ATV fitted with an electric powertrain.

It should also be stated that the Cybertruck itself has seen repeated delays, to the point that the first buyers will be lucky to see one sitting in their driveways before the end of 2022. However, for Tesla fans, especially those wanting a raucous off-road recreation vehicle, any movement toward making it a reality is welcome.

DNS attacks are targeting more businesses than ever

Domain name system (DNS) attacks, a threat usually de-prioritized in comparison to ransomware, malware, Distributed Denial of Service (DDoS), and targeted hacking, are on the rise, and businesses are taking ... Read more »

© Provided by Daily Mail MailOnline logo A giant owl that hasn’t been seen in the wild in 150 years has finally been spotted in a rainforest in Ghana — ... Read more »

Six ways to improve data science in the cloud

The data science market is flourishing, with an increasing number of companies across sectors placing data at the forefront of their digital transformation strategies. The rise of data analytics has ... Read more »

Amazon’s deal of the day is all about Samsung today, with products on sale ranging from laptops to Galaxy S smartphones to storage. That includes a 30 percent discount on ... Read more »