An alliance of tech businesses, advertisers and publishers has lodged a formal complaint with the European Union over Google’s next generation of its controversial digital advertising system.

The group, Movement for an Open Web (MOW), claims the new system, which will be an overhaul of how adverts work on the Chrome browser, is hugely anti-competitive.

Google is planning to replace so-called third party cookies with a new ‘Privacy Sandbox’. It means that instead of these traditional cookies, where advertisers can track individuals across the websites they visit, users will be split into cohorts.

But MOW claims this would restrict open web competition by reducing the amount of information other tech, advertising and publishing firms can gather on users.

It said the California firm will also increase the value of data it gets from sources uniquely available to it through integrated services such as search functions. 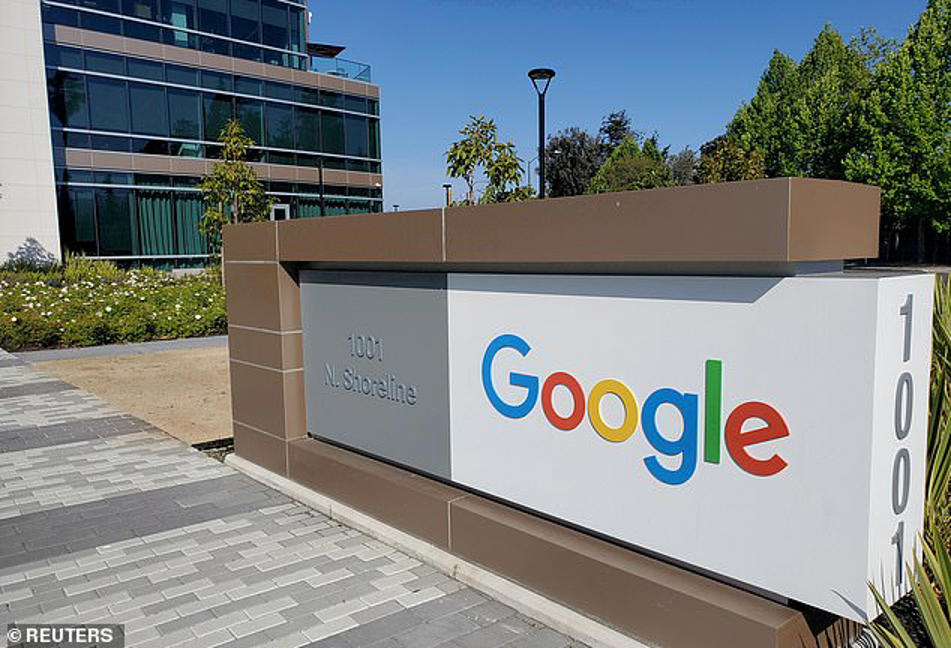 MOW’s complaint, which was filed last week, follows another it made in November 2020 to the UK’s Competition and Markets Authority.

This saw Google respond in June this year by offering a series of ‘commitments’ which placed the development of the Privacy Sandbox under the CMA’s supervision.

What are the remedies offered by MOW to the European Commission?

Movement for an Open Web has provided the European Commission with a series of potential remedies relating to Google’s technology changes. These remedies are:

Today, MOW said it has provided the European Commission with evidence of Google’s technology changes and how they impact choice and competition.

MOW added that it has outlined potential remedies and wants the EU to promote independent data management to allow increased privacy and diversity.

These remedies include Google providing the EU with oversight of its planned browser changes, and an obligation to notify the EU in advance of all ‘anti-competitive browser changes’.

Two other remedies are regular qualitative reviews by the EU in parallel with the CMA, and oversight by data protection authorities to satisfy themselves that privacy is being protected.

James Rosewell, director of MOW, said today: ‘The internet was originally envisaged as an open environment outside the control of any single body.

‘Google maintains it is making these changes to protect privacy but if not properly policed, the move threatens digital media, online privacy and innovation. Solutions aligned to laws – not self-serving misuse of the web architecture by the members of Big Tech such as Google – are needed.

Tim Cowen, chair of the antitrust practice at law firm Preiskel & Co in London and a legal advisor to MOW, added: ‘We’re asking that the EU Commission create a level playing field for all digital businesses, to maintain and protect an open web. Google says they’re strengthening ‘privacy’ for end users but they’re not – what they’re really proposing is a creepy data mining party.’

Separately, Google’s lawyers are this week fighting a £3.7billion anti-trust EU fine following deals it made with Android phone makers regarding search functionality.

Google has not yet responded to a request for comment by MailOnline today, but did make a series of commitments to the CMA in June.

At the time, Google committed to develop and implement the new changes in a way that does not distort competition or imposes unfair terms on users of Chrome.

The company has also promised increased transparency on how and when it will implement its new proposals and how it will assess them.

It said there would be no data advantage for Google advertising products under its proposals, and its products or own sites would not have preferential treatment.

A handwritten letter by Steve Jobs featuring his thoughts on Zen Buddhism will go up for auction - and could sell for $300,000

COVID-19: Record number of coronavirus booster jabs administered - with 800,000 given in past 72 hours

Saturday was the biggest booster day on record, with 325,140 third vaccine doses given. Currently, around 10 million people are eligible for the booster jab. Read more »

© Provided by Al Jazeera More than 900 people, most of them associated with protests in the past, have been detained in the latest crackdown [File: Dar Yasin/AP Photo] Srinagar, ... Read more »

Britain's biggest model railway is set to go on display: Man, 53, spends £250K over six years to painstakingly recreate train junction in Yorkshire from 1983 that was his favourite childhood spot

Simon George, 52, has recreated the Heaton Lodge Junction in West Yorkshire, in scale model form As a child he spent his school holidays in the 1980s sat on the embankments marvelling at locomotives After seven years he has created a two-and-a-half mile track with houses and factories to decorate his scene He sold his 50 per cent share in his events business in 2018 to work on his model, which has cost £250,000 Read more »

The young armorer who allegedly handed Alec Baldwin the gun that killed the cinematographer on the set of his movie Rust was 'inexperienced' with gunsSources claim Hannah Gutierrez-Reed, 24, had a history of reckless behavior around weapons and was 'a bit careless with guns'Two production sources claim Rust Gutierrez-Reed previously gave a child actor a gun without checking it on set of the Nicholas Cage's The Old WayThe sources said she was seen loading blanks in an 'unsafe' fashion Other sources add that blame also lies with Dave Halls, the assistant director who failed to check the gun when he told Baldwin it was safe to useBaldwin tweeted a Variety article on Friday that he 'was told prop gun was safe before fatal shooting' as experts said he ignored basic gun safety rules  Read more »

Charith Asalanka hit a blistering 80 not out from 49 balls to take Sri Lanka to a five-wicket win over Bangladesh in the T20 World Cup. The 24-year-old left-hander came ... Read more »

Paul Scholes has taken aim at two ‘lazy’ Manchester United players for leaving their teammates exposed. Despite getting back to winning ways against Atalanta in the Champions League, the ex-United ... Read more »

NY Post Composite There are two types of people: the ones who enjoy wearing fragrances and the ones who don’t. Hey, there’s nothing wrong with sticking to your go-to deodorant ... Read more »

'I will cry', 'Amazing', 'Huge statement of intent' - Many NUFC fans buzzing over 'unreal' news

Plenty of Newcastle fans were left buzzing after links with Ajax sporting director Marc Overmars emerged. © Provided by This is Futbol overmars The Dutch legend has held the position ... Read more »

Jurgen Klopp makes two changes to his Liverpool side as Fabinho misses out for the visit to Manchester United. The Brazil international was a half-time substitute in the 3-2 win ... Read more »

(Bloomberg) — Most Read from Bloomberg Why Americans and Britons Are Rushing to Buy Idyllic Homes in Italy Cities’ Answer to Sprawl? Go Wild. The Top Money Maker at Deutsche ... Read more »

© Provided by Zee News New Delhi: Our country is known for its rich culture and heritage and now the youth of India is taking this legacy on to the ... Read more »

‘He's not going to be a champion of democracy': Obama slams GOP candidate for New Jersey governor

Former President Barack Obama has hit out at the Republican candidate in the New Jersey gubernatorial race, claiming his presence at the ‘Stop the Steal’ rally suggests “he’s not going ... Read more »

It is an extremely tough time for Shah Rukh Khan and his family now. Ever since Aryan Khan has been taken under NCB custody in a drug case, the family ... Read more »

'Bomb Cyclone,' nor'easter and other severe weather will unfold this week across the US

It’s time to stay weather aware as a barrage of threats unfolds across the United States this week, creating hazards from coast to coast. © CNN Weather From “bomb cyclones” ... Read more »

(Bloomberg) — President Joe Biden is meeting with key moderate Senator Joe Manchin and Senate Majority Leader Chuck Schumer on Sunday as he seeks to finalize his up to $2 ... Read more »

© Provided by INSIDER Southwark Crown Court, where Piers Portman was sentenced (Photo by MEGA/GC Images) Piers Portman, the youngest son of the 9th Viscount Portman, is an heir to ... Read more »

'It's a set up!' British expats claim Spanish authorities unfairly hitting them with fines

One expat based in Madrid believes a penalty fine she received for a non-payment of ground rent was a “set-up”. She said letters demanding the ground rent tax on her ... Read more »

Solar panels for RVs, campervans and travel trailers: Everything you need to know

If you own an RV or campervan, you’ve probably considered investing in solar panels for your vehicle. Depending on your lifestyle and energy consumption habits, solar panels for RVs can ... Read more »

Seven camera crew members working on the film “Rust” walked off the set to protest a myriad of issues several hours before actor Alec Baldwin fatally shot and killed a ... Read more »

There are few experiences as luxurious and awe-inspiring as a yacht charter. You can explore the world at your leisure, spend quality time with friends and family in an intimate ... Read more »

Video: Two children are killed and eight people injured when car smashes into spectators during drag race on Texas track

Biden unveils new billionaire's tax plan aimed at the 0.0002%, which will force them to pay annual levies on their stocks and bonds

The new 'billionaire income tax' will only target about 600 to 700 AmericansThe top .0002% will be taxed yearly on 'unrealized gains' from stocks and bondsCurrently, assets like that are only taxed when they're soldThey're usually used as collateral to borrow money - a way the rich skirt taxesThe plan will be included in the Democrats' $2 trillion reconciliation billSen. Kyrsten Sinema, a centrist who holds sway in the evenly split Senate, has opposed raising taxes but hasn't commented on the billionaire tax proposal Read more »

Line of Duty ‘set to return for season seven'

Watch: Fans call for St Mirren star to get into Ireland squad after outrageous wondergoal