Hearing the forty-spotted pardalote’s call is an increasingly rare event. The bird, endemic to Tasmania, has been in decline for decades.

But as PhD candidate at the University of Tasmania Erin Bok collects eucalyptus tree samples on the Queens Domain in Hobart, she is hoping the branches in her bucket hold the secret to rescuing one of Tasmania’s most endangered birds.

Ms Bok’s research is all about figuring out what factors influence the quality of the manna, or sap, the Eucalyptus viminalis, or white gums produce.

“[The birds have] been known to show preference between certain specific tress depending on the quality of the sap,” Ms Bok said.

She’s looking to find out what factors produce trees with manna high in sucrose rather than raffinose, which is less bioavailable to the birds.

“So the things I’m interested in are the natural genetics of the trees … climate variables at the site that it’s growing at, the age of the tree and the size of the tree,” she said.

Scientists estimate there are only around 1,000 birds left. There are two main population areas, Bruny Island and Maria Island, off Tasmania’s mainland.

Both islands are home to 99 per cent of the population.

There are also scattered colonies on mainland Tasmania and scientists believe there is a handful of birds left on Flinders Island.

There aren’t any forty-spotted pardalotes on the Queens Domain in Hobart, where Erin is collecting samples.

But the area does contain a wide variety of Eucalyptus viminalis, of all ages and sizes, and it’s much more accessible to her.

Once Ms Bok has taken the trees samples, she brings them to the lab to make incisions, so the sap seeps out of the branches and crystalises. It’s those pieces of crystallised sugar that can then be analysed for their quality.

Bird just ‘trying to hang onto its patch’

Sally Bryant has been working on the species for decades and says the outlook is grim.

“It’s one of three pardalote species found in Tasmania but unlike the other two species the forty-spot is nationally endangered, very restricted in its distribution and is declining in number,” Dr Bryant said.

“They’re endangered because they are linked to one resource, that’s white gum, and because they’re small and vulnerable they’re very susceptible to stochastic risks like wildfire, cats predation, they’re out-competed by more aggressive birds.

“They’re really a small species trying to hang onto its patch,” she said.

But there is also a new threat that has been emerging — climate change.

The gums are particularly susceptible to drought.

“If [the tree] dries out it doesn’t produce the manna … we also have a rapid rate of development in some of the traditional colonies,” Dr Bryant said.

“Bruny Island is a natural wonderland that has a growing number of visitors so we have a number of threats that are compounding on this species population,” she said.

Ms Bok is hoping her research leads to tangible conservation outcomes for the bird.

Once she figures out what factors influence manna quality, she can map the trees in the birds’ actual habitat and predict how secure the food source may be in years to come.

“Once I’ve got a bit of an understanding of different traits, so genetic traits, environmental traits, age size time, how those things influence manna quality, I’ll then put that data into a model that will then overlay onto a map of Tasmania,” she said.

“From there we’ll be able to adjust those climate variables for future climate scenarios and see how that manna quality might change under those future scenarios.”

She hopes ultimately, scientists will be able to use that information to implement conservation programs.

“We can help make management decisions around them, be it as we said, artificial supplement feeding programs or looking at areas for reintroduction or looking at a site that maybe we need to pay a bit more attention to,” she said.

Dr Bryant is grateful to the new generation giving the bird a fighting chance at survival.

“As a Tasmanian and a good islander, I see the forty-spot as very emblematic to our state and to Australia,” she said.

“I see how lucky and how proud we should be to have birds that are as unique and magical as the little forty-spotted pardalote.” 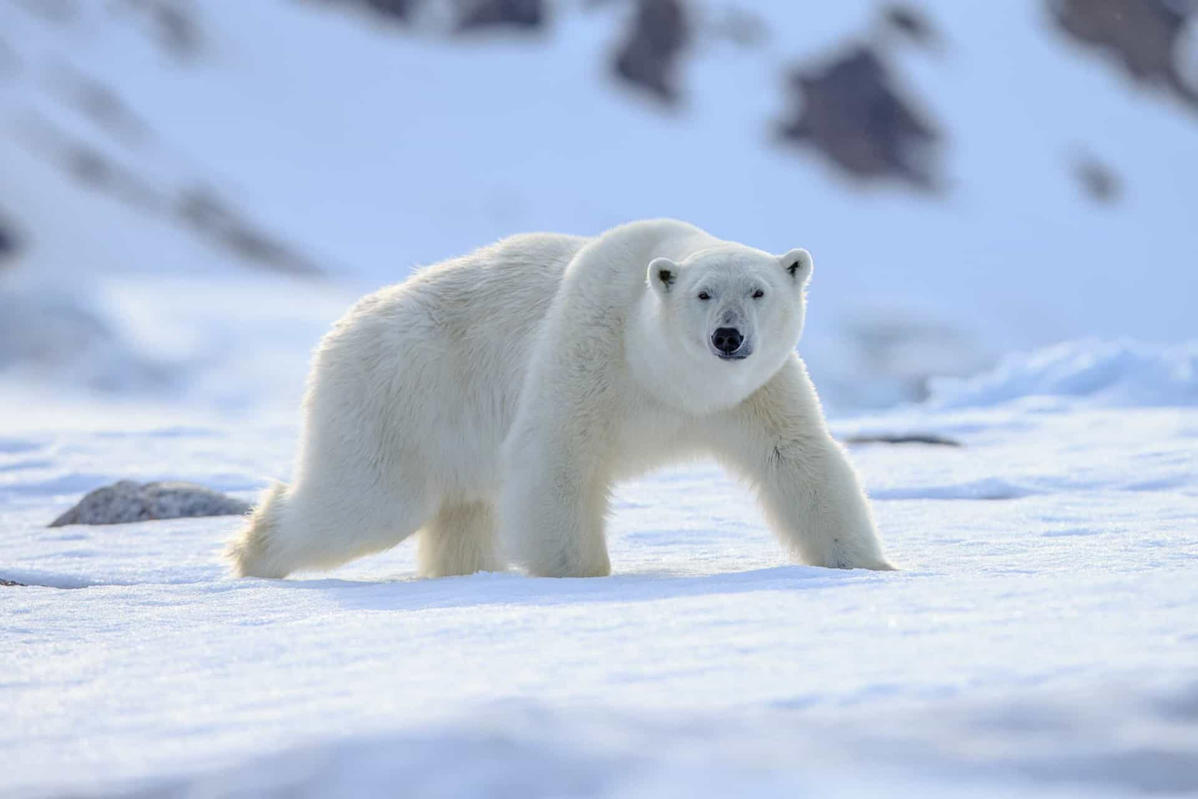 The Redcliffe Dolphins' fairytale journey to the NRL

Crowds of protesters marched the streets of San Juan, Puerto Rico, on Friday, October 15, to demand the expulsion of power company Luma amid a continued lack of electricity across ... Read more »

Thousands of Puerto Ricans on Friday marched to protest against ongoing power outages across the island, AP reports. Driving the news: Many of the approximately 4,000 protesters called for the ... Read more »

STRICTLY Come Dancing star Ugo Monye took a week out from the BBC dancing competition as Sara topped the leaderboard – and Katya and Adam raised eyebrows with their 'chemistry' ... Read more »

Don’t let terrorists cut us off from MPs “WE cannot be cowed.” The defiant words of Home Secretary Priti Patel, following the murder of Sir David Amess, are spot on. ... Read more »

The Knicks staged a perfect 4-0 preseason, delighting their optimistic fan base. But their highest-paid offseason addition, Evan Fournier, didn’t have a perfect preseason. Fournier struggled with his 3-point shot ... Read more »

Boy, 14, dies after brutal daylight ‘stabbing' inside a busy train station in Glasgow

A TEENAGE boy has died after he was reportedly stabbed inside a busy train station in broad daylight. Emergency services rushed to High Street station in Glasgow city centre just ... Read more »

Apple has spent two years revamping the MacBook, and Monday should show the final step

Apple is holding a launch event on Monday to announce new products. Apple’s line of Macs are the most likely products to get new versions next week, especially the larger ... Read more »

Is this crumbling once-great hotel the reason Afghans want to go home?

SITTING on a ripped pool table, a group of Afghan teenagers chat in the faded lobby while two younger refugees bang on the ivory keys of an out-of-tune grand piano. ... Read more »

© Provided by Extra.ie A judge has dismissed a €60,000 personal injury action by a 79-year-old farmer who ‘suffered horrible injuries’ when attacked and knocked out by a ‘mad cow’ ... Read more »

Bill and Melinda Gates walk daughter down the aisle

There is something to be said about a team outperforming expectations on the world’s biggest stage—but Team Spirit has taken all of those words, phrases, and potential comparisons already. They ... Read more »

Manchin accepted over $400,000 from energy companies and GOP donors in the third quarter

Samus Aran’s journey across Planet ZDR begins in Artaria. You’ll start without any special weapons or items, but as you recollect your powers, you’ll find all sorts of upgrades to ... Read more »

Investment funds with broad global income bent becoming increasingly popular: Ones to watch in the lands of the rising dividend

© Provided by This Is Money MailOnline logo Obtaining dividend income from outside the UK has become a popular option for many investors in recent years – a trend fuelled ... Read more »

'Squid Game' success shines a light on how cheap it is to make TV shows outside the U.S.

COVID-19 is the leading cause of death for police officers even though members of law enforcement were among the first to be eligible to receive the vaccine, CNN reports, citing ... Read more »

Where is Noof? Women's rights activist in Qatar, 23, who fled to Britain to escape abuse then returned to her homeland two weeks ago has VANISHED leaving her friends frantic

Noof al-Maadeed, 23, escaped to Britain after years of alleged domestic abuse She mysteriously vanished four days ago after returning to her homeland, QatarFriends raised the alarm after she suddenly went quiet on Wednesday afternoon Read more »

Warner Bros. Pictures The DC FanDome event on October 16 was a goldmine of information for every DC enthusiast out there. Fans got their first look on cool upcoming projects ... Read more »

You know, chances are that Auston Matthews will be Patrick Kane’s center for Team USA at the Olympics, and if not him, then likely Dylan Larkin, but do not go ... Read more »

Robert Durst has been hospitalized with COVID-19 and is on a ventilator, according to his lawyer. J. Chun/Pool via REUTERS Robert Durst, the real estate tycoon sentenced to life in ... Read more »

Cleaning guru Aggie MacKenzie tells ME & MY MONEY she made £440,000 from TV work in one year, but didn't deserve it

© Provided by This Is Money ( The best financial decision Aggie MacKenzie ever made was giving up her job at the Good Housekeeping Institute to present Channel 4 TV ... Read more »

The mother of a four-year-old girl missing from a campsite in rural Western Australia says she misses the sparkle in her daughters eyes.  © PR HANDOUT IMAGE PHOTO Cleo Smith ... Read more »

Barnaby Joyce doubles down on Inland Rail promise to send coal trains to Gladstone, not Brisbane

© Provided by ABC News There are plans to extend Inland Rail to Gladstone but the Port of Brisbane maintains it’s the logical connection. (Australian Rail Track Corporation) The Port ... Read more »

Stuart Broad: 'The Gabba holds the key to the Ashes'

Stuart Broad has not bowled a ball in anger since tearing his calf ahead of the Lord’s Test in August, and he does not expect to face a batter in ... Read more »

UK gas supply MAPPED: Where Britain gets its gas from - & why we're not reliant on Russia

Gas prices have hit record levels and will remain high throughout the winter experts have said. The founder of manufacturing giant Ineos has warned industry could be forced to close ... Read more »

Chris Eubank Jr beat up Wanik Awdijan, forcing him to pull out after five rounds on Saturday night in Newcastle and say that his ribs were broken by body punches. ... Read more »

Chris Tshiunza thought someone was “pranking me” when he answered his phone last Wednesday and heard he had been selected for the Wales squad for the upcoming autumn tests. The ... Read more »

Inside Queensland's COVID wards as medics brace for patient influx

© (XiXinXing/iStock) Doctor For years, the threat of surprise medical bills loomed large over patients plaguing them with the possibility that an unexpected crisis could suddenly plunge them into financial ... Read more »

© Provided by Law & Crime Robert Durst appears at an Oct. 14, 2021 sentencing hearing in Los Angeles.  He was sent to prison for life and without the possibility ... Read more »

Car belonging to missing Ohio family has been recovered

Ski season is here: Wolf Creek first US ski resort to open for 2021-22

WILLIE WALSH: We're all sick to death of Zoom

Chelsea scrape past Brentford thanks to Ballon d'Or-backed Mendy