TalkSport reporter Alex Crook has dropped a worrying claim about Tottenham Hotspur and their supporters ahead of their next game.

© Provided by This is Futbol Tottenham-Hotspur-Stadium

It has been something of a mixed bag for new boss Antonio Conte since he was appointed as the head coach of the club at the start of the month.

Whilst he was unbeaten in his first three games, he saw his side booed off at half time against Leeds United, suffered a humiliating defeat away to NS Mura in the Europa Conference League, and wasn’t offered the chance to immediately bounce back from that game as their clash with Burnley was called off on Sunday.

That chance will eventually come this midweek against Brentford, who themselves haven’t been the most consistent recently, but are coming off the back of a victory over Everton.

Speaking on the latest edition of the TalkSport GameDay podcast, Crook warned that Tottenham might need to come out of the blocks firing against the Bees, or the atmosphere might not be too friendly towards Conte’s men. How many points did Tottenham gain in the following seasons? First up: 2020/21

He said: “We saw against Mura in the Europa [Conference] League, Tottenham far from the finished article under Antonio Conte – by his own admission, isn’t a miracle worker. So I will give Brentford a chance here.

“Certainly, they’ll have the work rate, they’ll have the endeavour which Tottenham haven’t [had] at times this season. And we talked about fans booing, well Tottenham were booed off at half time in their last home Premier League game, so if Brentford can start on the front foot, maybe get an early goal, it could turn toxic quite quickly for Spurs.” 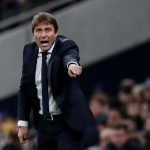 The Tottenham Hotspur Stadium certainly hasn’t been the friendliest of places recently with the fans, with anger stemming back to the days under previous boss Nuno Espirito Santo after some of their performances earlier this season.

And despite the joy that has surrounded the early days of Conte’s appointment, as the game against Leeds demonstrated, there is still work to do before everything is going to be looking up for Spurs again.

Whilst a bad start and bad results might not mean Conte would lose his job (although given how short Espirito Santo lasted, it can’t be ruled out), it would set them up for a huge disadvantage when it comes to trying to qualify for the Champions League or win a trophy for the first time since 2008.

So Spurs need to get off to a fast start against Brentford and hope that the momentum will set them up for the foreseeable future.

What Spurs can’t afford to do is allow the negativity from the fans to continue and for that to make its way to the players on the pitch and start affecting performances. So, as Crook hints, it is imperative that they manage to get on the front foot and get the fans back on their side after what has been a rough start to the season on multiple fronts.

In other news: ‘Needs to move away from Spurs’ – Clive Allen drops big claim on ‘devastating’ THFC ace

Video: Fast and Foolish II: YouTuber DMO Deejay sparks fury AGAIN by filming his Lamborghini hurtling along at 130mph - a year after doing the same stunt at 204mph on a UK motorway

Watch out, Miss Moneypenny: It's Matt Hancock, the wannabe Bond! Photos suggest hapless former Health Secretary has got a new brief... as the back bench 007

At this time of great peril, I know how much my country needs me. Governments could fall, free will is being crushed and amid the carnage stands one man on ... Read more »

How did teachers fail to notice the gawky pupil in form 5C was a 30-year-old man... who'd been at the same school 15 years earlier?

Canadian Brandon Lee joined class 5C at Glashow's Bearsden Academy 1993He had a sad backstory, gawky looks and shared a name with Bruce Lee's sonBut people were mainly endeared to him for being kind, funny and a bit differentHowever, there was a catch. ‘Brandon’ was not, in fact, the bright 17-year-oldHe was actually Scotland’s most notorious imposter: Brian MacKinnon, 30 Read more »

A Scotland Yard detective will talk with William Wragg next week about his allegation, which comes as the prime minister is under pressure over a number of Downing Street parties during COVID restrictions in 2020 and 2021. Read more »

He was nine when he beat 300 hopefuls to play a fictionalised version of a young Sir Kenneth Branagh in the director’s semi-autobiographical film, Belfast. Now Jude Hill’s stellar performance ... Read more »

© Provided by RocketsWire In late December, we wrote about the potential rationale for the Rockets to consider yet another trade involving highly priced guards John Wall and Russell Westbrook. ... Read more »