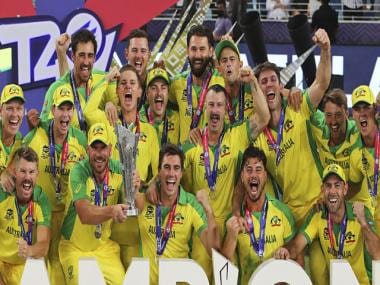 Rohit Sharma-led India are set to open their T20 World Cup 2022 campaign with a blockbuster match against arch-rivals Pakistan at the iconic Melbourne Cricket Ground (MCG) on 23 October. The groups as well as the full schedule were announced by the International Cricket Council (ICC) on Friday.

India have been grouped with former champions Pakistan, South Africa and Bangladesh in the Super 12 Group 2 while two teams from the preliminary group will join the four teams in the Super 12.

India succumbed to a 10-wicket defeat to Pakistan in the T20 World Cup group stage last year, with Mohammad Rizwan (79*) and Babar Azam (68*) doing all the damage with the bat.

Meanwhile, defending champions Australia will kickstart their title defence against Trans-Tasman rivals New Zealand on 22 October in Sydney, which is a rematch of the final of the 2021 edition.

Australia, New Zealand, England and Afghanistan make up the Super 12 Group 1, and two teams from the preliminary stage will join them.

The likes of Sri Lanka and West Indies, will however, have to qualify to the Super 12s through the preliminary stage.

Both Sri Lanka and West Indies suffered exits from the Super 12 stage last year in the UAE.

The top two teams from Group A and B will advance to the Super 12s.

Here’s a look at the groups, venues, and full schedule for the multi-nation tournament.