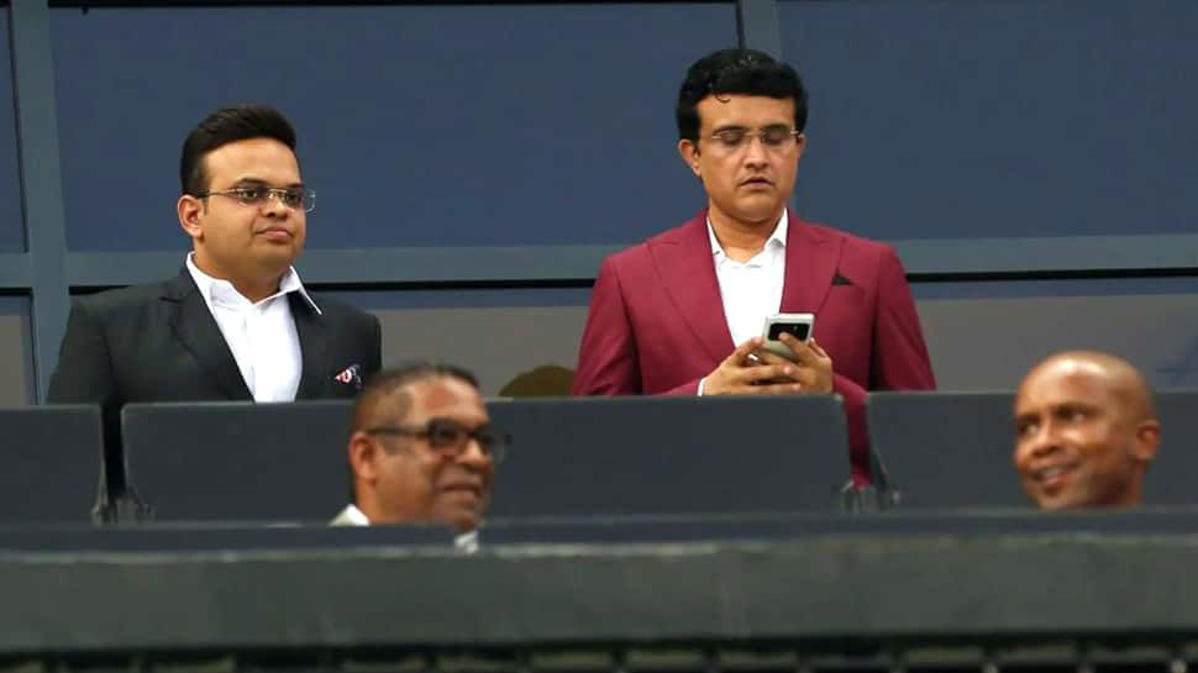 The Board of Control for Cricket in India (BCCI) president and former captain Sourav Ganguly on Saturday (October 16) said the Indian cricket team under Virat Kohli has all the talent to be considered a legitimate contender for the T20 World Cup 2021 and it only needs to show a bit of maturity to claim the trophy. India will open their T20 World Cup campaign against arch-rivals Pakistan on October 24.

“…They all have the talent, they all have the skill to score runs and take wickets at this level. They just have to be mentally in good space to win the World Cup,” the flamboyant former left-handed batter quipped.

“They (India) will always be contenders in whatever competition they play in and the challenge for them is to be at peace with themselves, focus on the process rather than the results because the most toughest thing and the most wrong thing to do is when you take guard and you think I am here to win the World Cup.

“…What is important is to play the next ball which is coming out of the hand and keep doing that till you get to the finals,” he added.

Seeing the trend in the IPL, does Ganguly expect a low-scoring T20 World Cup? “No, no, I don’t think so,” he responded. “Maybe in Sharjah it will be because of the wickets, but Dubai is an absolute belter, the (IPL) final played yesterday was an absolute belter. Abu Dhabi will be a great surface to bat on and it is going to be a great World Cup,” added the 49-year-old.

According to Ganguly, the fans’ involvement with the game is increasing. “That is why this game is so big in this country, the fans, the people they are so attached to this game, every year you see the IPL, the international cricket, just getting better and better,” he said.

Ganguly also picked his very own fanboy moment, which came in his first tour to Australia. “It is a tough question, I think when I first went to tour Australia with the Indian side in 1991, there were some great players in the dressing room, the likes of Kapil Dev, Sachin Tendulkar, and Mohammed Azharuddin, who was captain of India then. So I think that first trip will always be my fanboy moment because I had seen all of them and my interest in cricket grew with the 1983 World Cup, with Kapil Dev leading India to victory for the first time.

“So from that point of view, that tour probably will be my first fanboy moment,” Ganguly signed off.

Parambrata credits 'human quality of intrigue' for success of thrillers

#WallsOfKindness: A warm hug in winters

© Provided by Pinkvilla Mahesh Babu and his wife Namrata Shirodkar had a nice Saturday night as they spent quality time with their friends. The couple look perfect as they ... Read more »

Feyenoord women are anything but ‘for a dick' in the Eredivisie: ‘It all clicks'

“In Rotterdam, we didn’t want to be an asshole in the competition”, trainer Danny Mulder of the women of Feyenoord begins. And the debutant in the women’s Eredivisie has managed ... Read more »

VANCOUVER — Boos rained down on the Vancouver Canucks as they skated off the ice Saturday night.  © Provided by The Canadian Press The team had lost at home yet ... Read more »

© Provided by Zee News New Delhi: Because of the cyclonic storm Jawad, which is anticipated to hit India, Indian Railways has cancelled more than 35 passenger trains planned to ... Read more »

BOTTOMLINE: It's time to bet on change

© Provided by CNBCTV18 Change is a constant. Move with the times. Change is everything. These are popular phrases oft used to drive home the importance of change. Stephen Hawking ... Read more »

© Provided by Zee News The arrival of the digital uprising changed the communication landscape and the way media operates. There hasn’t been a single aspect of the media that ... Read more »

The residents of Delhi see no relief from pollution as the air quality of the national capital remains in the ‘very poor’ category on Sunday morning, according to the System ... Read more »

In rush to tackle pollution in Delhi, do not forget small towns and villages, say experts

© Jagyaseni Biswas In rush to tackle pollution in Delhi, do not forget small towns and villages, say experts Every winter, there is a rush to tackle the alarming surge ... Read more »

© Provided by The Statesman India, Maldives to begin mega defence exercise from tomorrow The 11th Edition of Exercise EKUVERIN between India and the Maldives will be conducted at Kadhdhoo ... Read more »

© Provided by WION Several years ago, an important statue of a goddess was stolen from an Indian village Lokhari. The stolen statue of an 8th-century goat-headed deity has now ... Read more »

© Provided by News18 There is Now a Vegan Alternative to Leather and it’s Made of Mushrooms Usually, leather is made from the skin of animals like cattle, lambs, goats, ... Read more »

© Provided by Firstpost Book Review | ‘Believe: What Life and Cricket Taught Me’ offers glimpse into Suresh Raina’s life Suresh Raina, one of India’s most talented cricketers, has teamed ... Read more »

Actually, They Did It First: 5 Women Who Made History With Their Extraordinary Achievements

© Provided by iDiva Throughout history, there have been many extraordinary women in every field. From science to the arts, women have been doing their part to create the future ... Read more »

Arslan Goni REACTS to his and Sussanne Khan's dating rumours: We are very good friends, hit it off instantly

© Provided by Pinkvilla Sussanne Khan and Arslan Goni have kept social media guessing over what their relationship status exactly is. The duo’s dating rumours started doing the rounds a ... Read more »

3-yr-old girl steals the show with her expressions while dancing to Manike Mage Hithe. Viral video

Sri Lankan singer Yohani Diloka De Silva’s rendition of Manike Mage Hithe has blown up on the internet. It might have released in May, but people are still reeling under ... Read more »

© Provided by BollywoodLife.com Kaun Banega Crorepati 13’s upcoming Shaandaar Shukravaar episode is going to be a hilarious one as the cast of Taarak Mehta Ka Ooltah Chashmah will be ... Read more »

© Provided by Mid-Day Dipak Patel has gone down in history as the New Zealand off-spinner whom captain Martin Crowe used as an opening bowler to torment trigger-happy batsmen in ... Read more »

Denzel Dumfries: ‘I've dreamed of this for a long time'

Two minutes after the 25-year-old back from the Netherlands, Matias Vina, stopped the connecting goal with a good, rock-solid action, Dumfries produced his first goal for the great power from ... Read more »

© Provided by The Times of India Cometh the seventh hour, cometh the man. Magnus Carlsen showed his supreme, slow-poisoning endgame skills with white pieces to break the defense of ... Read more »

DeChambeau jumps into lead with a sizzling 64

© Provided by The Times of India NASSAU, THE BAHAMAS: It is no surprise to see the leaderboard going through some rearrangement within a day in a field limited to ... Read more »

© Provided by The Print Ayodhya/Prayagraj/Mainpuri: ‘Shaukiya’, ‘tashan’, and ‘lagaav’ are some of the first words that come to the mind of stringers in Uttar Pradesh when asked about what ... Read more »

© Provided by Jagran English New Delhi | Jagran News Desk: India on Sunday reported its fifth case of the Omicron variant after a 37-year-old Delhi man, who had recently ... Read more »

© Provided by Overdrive Yamaha Aerox 155 first ride review In Indian of late, there’s been much flurry surrounding the electric scooter segment, but when it comes to internal combustion ... Read more »

© Provided by The Times of India India are no longer in contention for the Junior World Cup title but they still have a match to go in the tournament ... Read more »

© Provided by Pinkvilla Only a few days are left for Ankita Lokhande and Vicky Jain’s wedding. The pre-wedding festivities have already started as the actress shared some pictures on ... Read more »

Odisha inks agreement with SFI for development of swimming ecosystem

"Bad air knows no boundaries." Why we must not forget small towns and villages in the fight against air pollution