Stuart Williamson, 56, was found dead in his cell at HMP Norwich last monthIn an inquest Norfolk Police said his cause of death was 'hypovolemic shock'Williamson had been awaiting trial for the murder of missing Diane Douglas

A man found dead in his prison cell while awaiting trial for the murder of missing Diane Douglas had sustained a self-inflicted neck wound.

Stuart Williamson, 56, was accused of killing his partner Ms Douglas between December 1 and December 31 2018, when she would have been 55 or 56.

He was found dead in his cell at HMP Norwich at around 5pm on December 29 2021, Norfolk Police said. 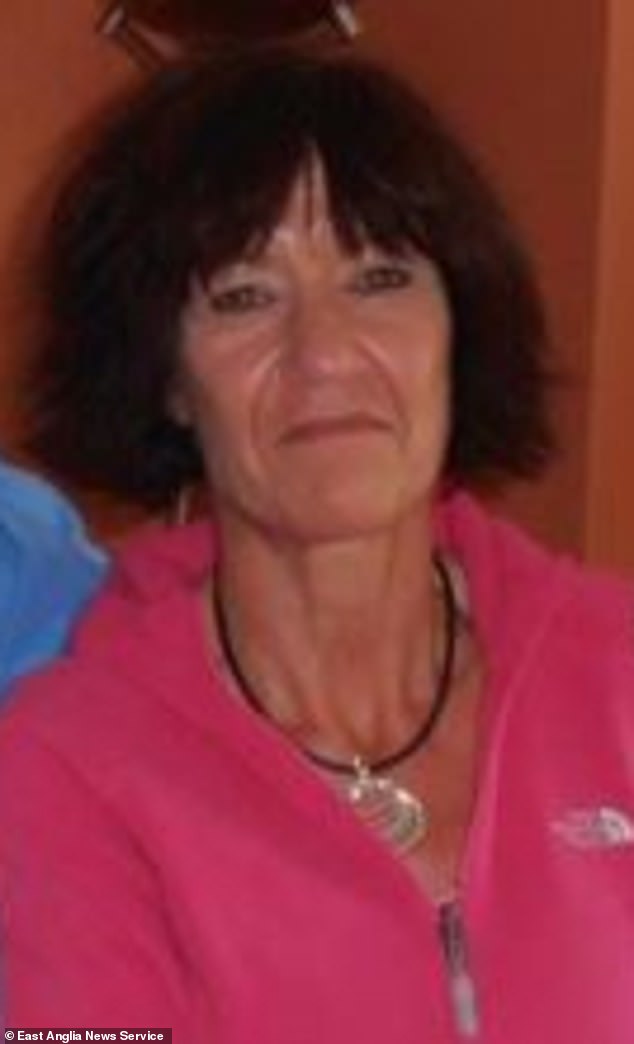 Norfolk Police launched a ‘no body’ murder investigation after inquiries found Diane Douglas (pictured) had not been seen for a ‘significant period’.

Paramedics pronounced him dead at the scene.

Williamson’s medical cause of death was stated as ‘hypovolemic shock’ from a ‘self-inflicted left neck wound’, the force said at an inquest which was opened and adjourned on Friday.

Hypovolemic shock occurs when the heart becomes unable to pump blood to the body from heavy blood or fluid loss.

Williamson, from Colton, a village west of Norwich, had been arrested in Wales on October 30 and was later charged with murder. 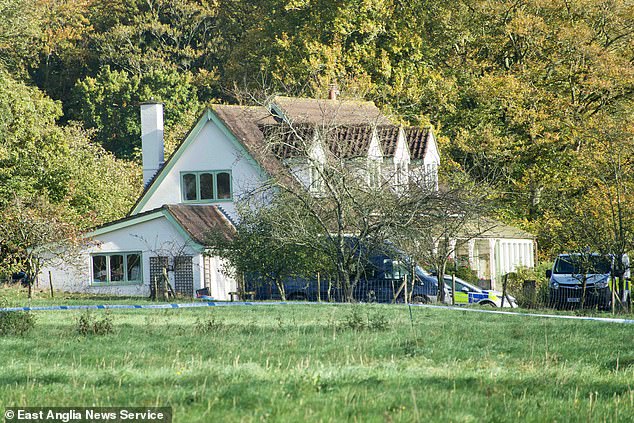 Ms Douglas was reported missing from her £850,000 farmhouse on October 21 by family members last year

Norfolk Police launched a ‘no body’ murder investigation after inquiries found Ms Douglas had not been seen for a ‘significant period’.

She was reported missing from her £850,000 farmhouse on October 21 by family members last year.

Her remains were then found in the garden of a house in Barford Road, Colton, on November 2, the force said. 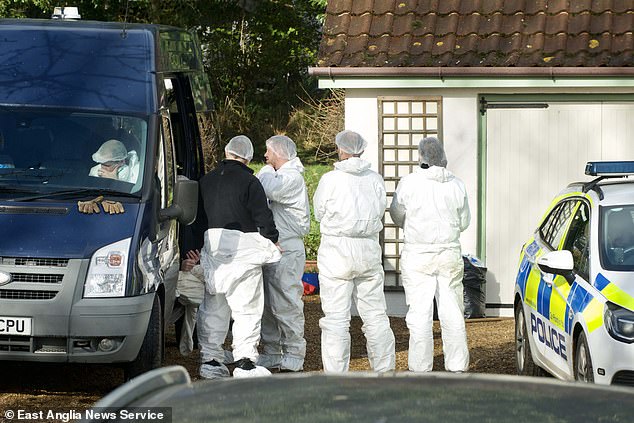 Police searching the grounds of Meadow Farm, Colton, Norfolk, where the remains of Diane Douglas were found buried nearly three years after she disappeared

A Home Office post-mortem examination established the provisional cause of death as unascertained due to the state of decomposition, with further examination to be carried out.

Williamson had yet to enter a plea to the charge and was remanded in custody, facing a trial at Norwich Crown Court in April.

A further hearing is due to take place at Norwich Crown Court on February 8.